He worked in oils, gouache, watercolors, pastels and perhaps other media for his illustration work. On the other hand, though his approach was representational, his style varied over time and place, not being recognizably distinctive.

Since his settings were widely spaced -- from Paris cafés to Egyptian pyramids to southwestern American deserts to the California coastline, I limited the images below to scenes he painted in Europe during the first half of his career. 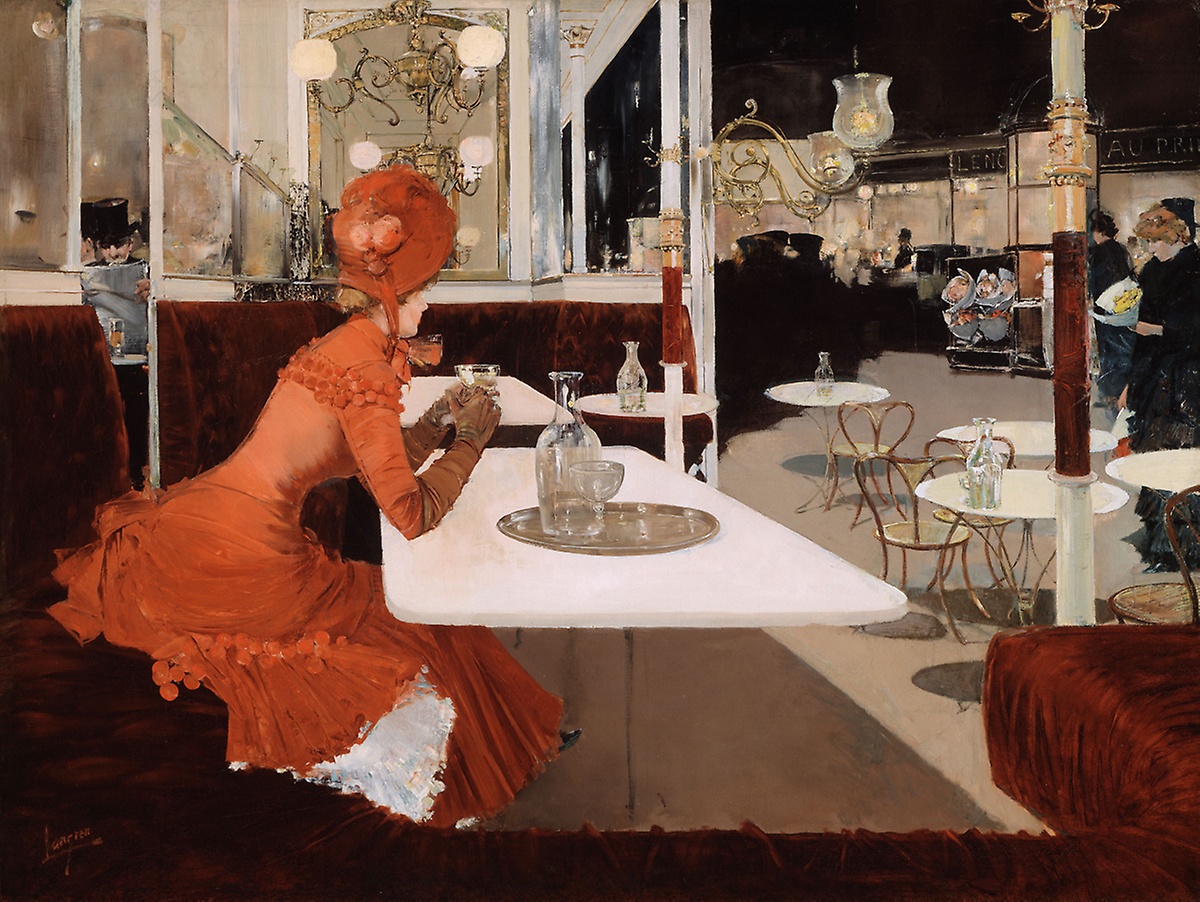 The Café - 1882
Perhaps Lungren's best known work -- highly simplified style for its time.  Had he continued painting something like this, he would be remembered better (though might have had trouble selling his works as art fashions evolved). 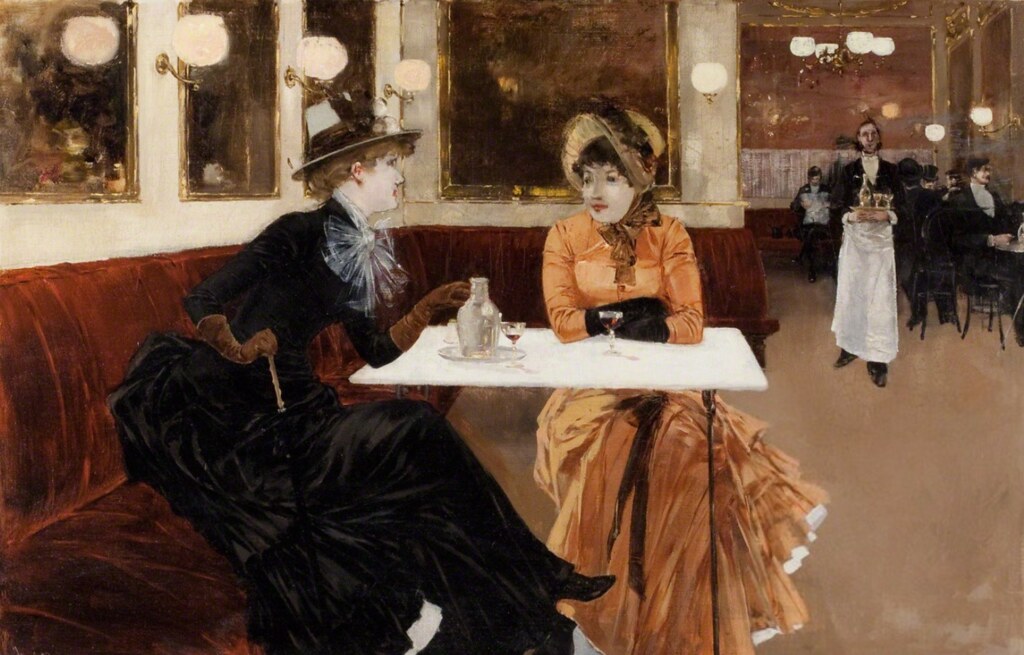 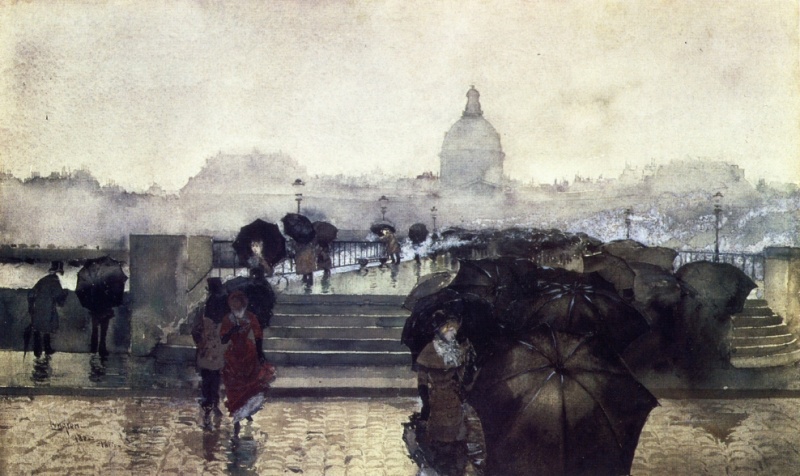 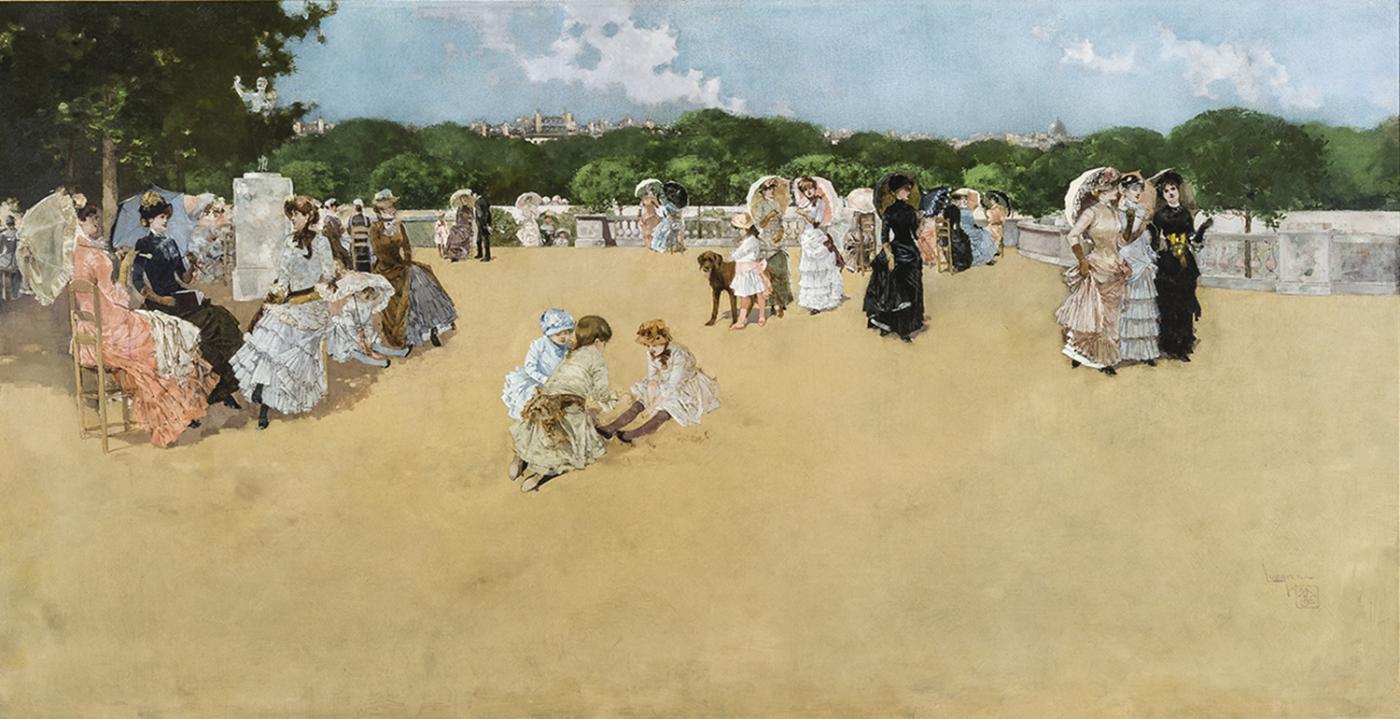 The Gardens of Luxembourg - c. 1882-84
John Singer Sargent painted a scene this sort. 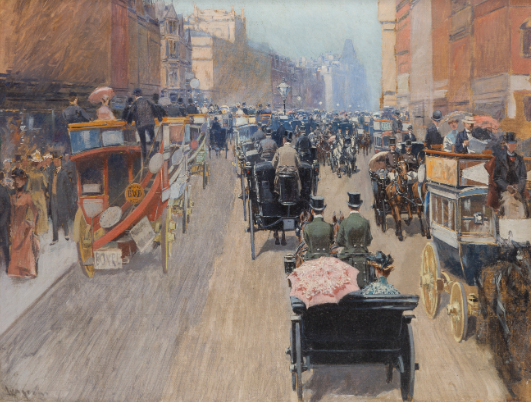 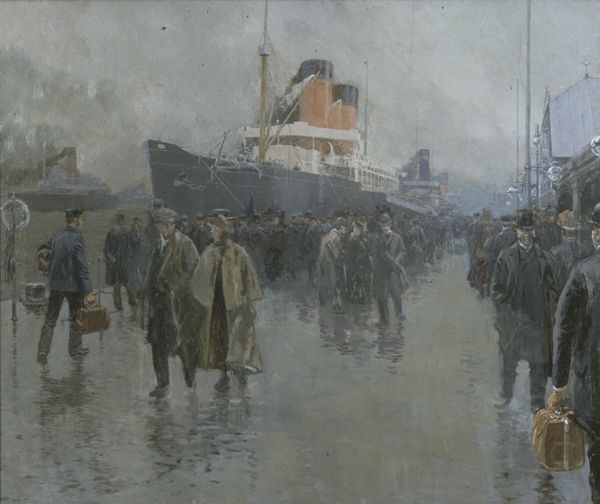 Liverpool, Docking a Liner - 1899
Another atmospheric scene.  He probably entered England at Liverpool on his return to Europe.
Posted by Donald Pittenger at 1:00 AM