Now for an American Thanksgiving Day holiday break from the usual art-related material -- but not a complete one.

I was on a cruise in October that sailed around Italy, taking in a few other nearby locations. I took a number of photos, and thought I'd pass along a few here. Included is a non-cruise one of a location about a mile and a half from where I live. 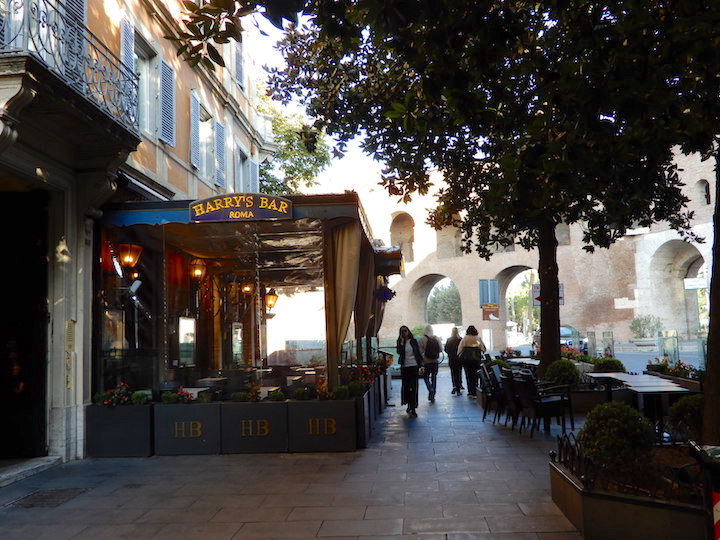 Harry's Bars seem to be everywhere.  This is the one in Rome where I dined once a few years ago.  It's on the Via Vittoria Veneto, the setting of Fellini's La Dolce Vita.  In the background is Rome's wall. 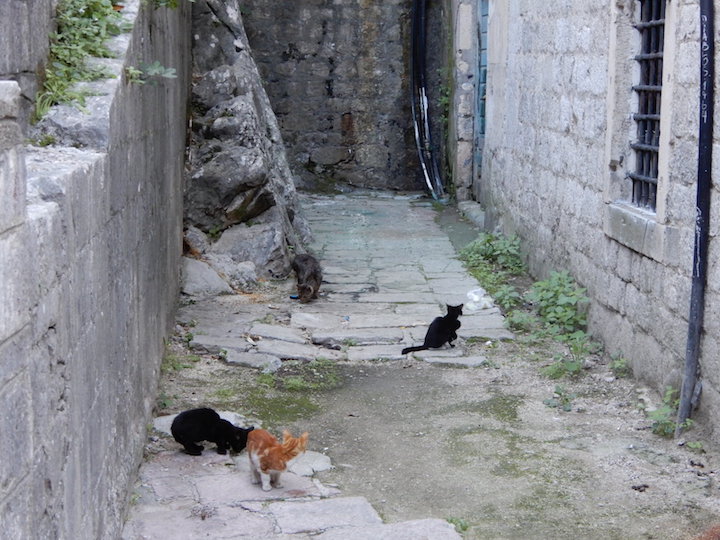 Like Fez in Morocco, Kotor in Montenegro is noted for its stray cats.  Here are a few.

A wall in Koper, the port city for Slovenia.  Seen above on a wall is a commemoration of residents who fought on the Republican (leftist) side in the Spanish Civil War and died there.  At the time, Koper was part of Italy and called Capodistria -- the majority of its population then being Italian.  Since Italy was on the side of Franco's Nationalists in Spain and sent a good many troops there, almost surely there were Esercito Italiano casualties from Capodistria.  But in post- World War 2 communist Yugoslavia when the commemoration was installed, they probably were ignored. 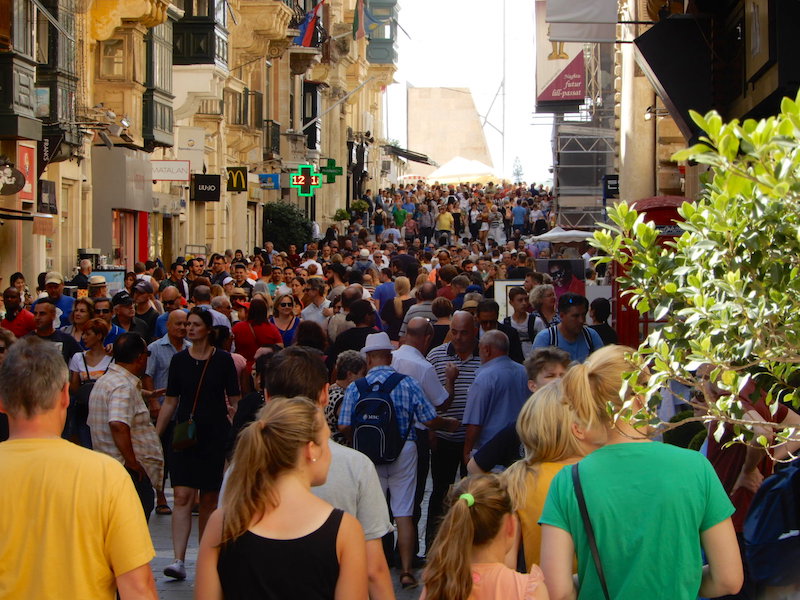 When I was in Valetta, Malta, there were four cruise ships in port.  Above is Republika, the main street, around noontime that day. 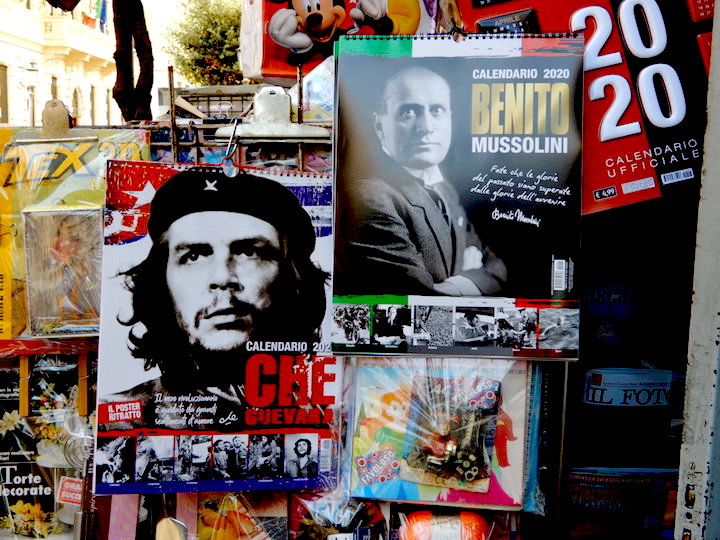 A news stand in Salerno, Italy.  Note the calendars for Che Guevara (communist) and Benito Mussolini (fascist).  I can't imagine an American university store having a similar display. 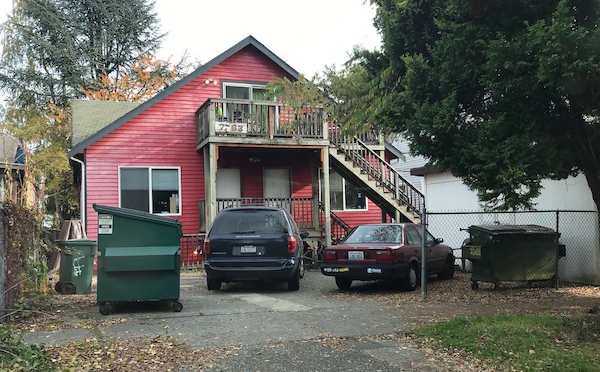 Fantagraphics is a major publisher of reprinted comic strip and comic book content.  Above is their intergalactic headquarters in northeast Seattle.  Technically, this is the house's back side, as the address relates to the street on the opposite side that was altered around 60 years ago when the Interstate 5 freeway was built.  That is, there is a tiny front yard and a front entrance that can't be accessed from the street due to a fence.  Pretty basic, but I suppose these simple digs make a lot of economic sense.  Note the two trash bins.
Posted by Donald Pittenger at 1:00 AM