Eduardo Afonso Viana (1881-1967) seems to have spent most of his career in Lisbon, his home town, though like so many others he did study in Paris. His Wikipedia entry is here, but from there you can link to a much longer entry in Portuguese.

I didn't find definite examples of his early paintings, so the images below include Orphist works in a Synthetic Cubist manner. Later on, he seems to have drifted towards a more conventional approach. But I might be wrong: some cityscapes below might have been pre-Cubist, because I have no dates for them.

What I can definitely state about Viana is that his color work is strikingly bold, yet often pleasing. 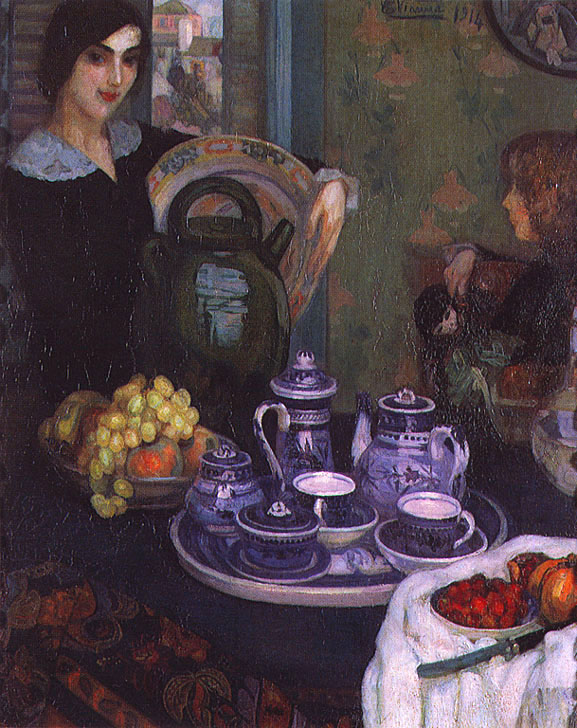 Interior - 1914
A blend of representational art (the still life part) with some modernist distortion (the simplified figures). 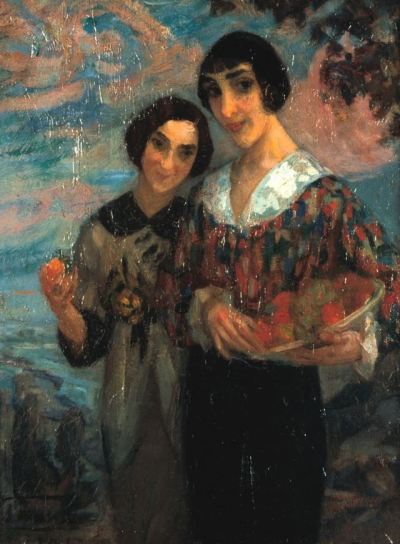 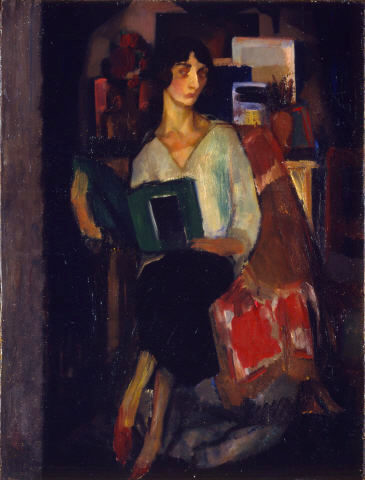 Retrato de Mily Possoz
A hint of Cubism in the background: I don't have a date for this, but probably around 1914. 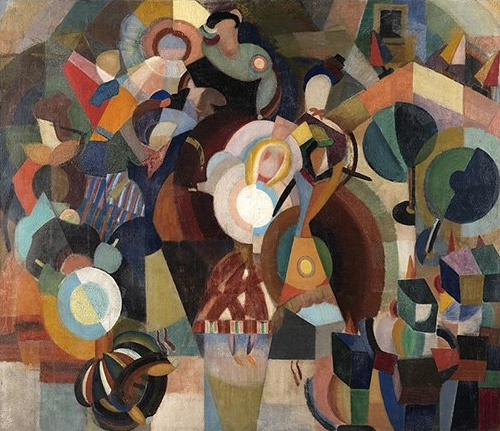 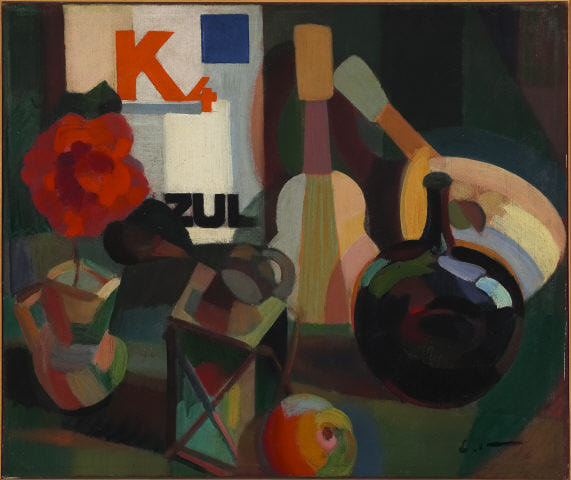 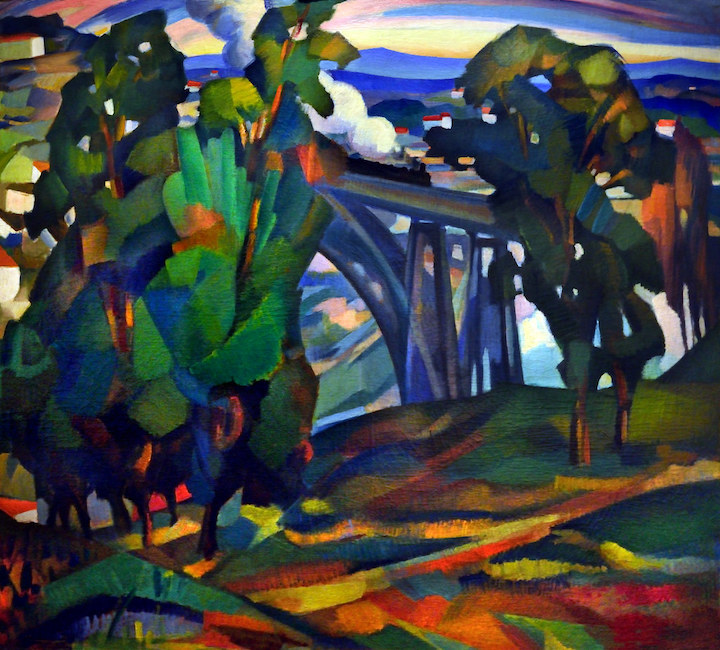 Maria Pia Bridge, view of the city of Oporto 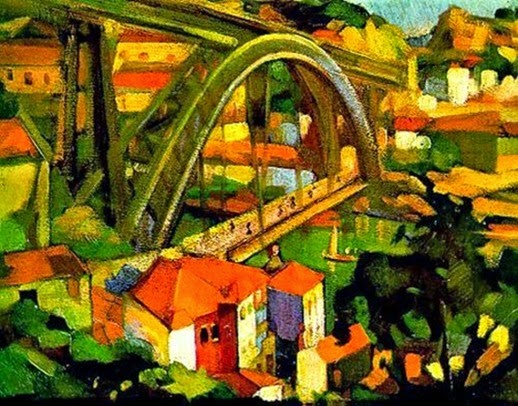 Ponte Luis
These are difficult to date -- could be either slightly before or after his bout with hard-core Modernism. 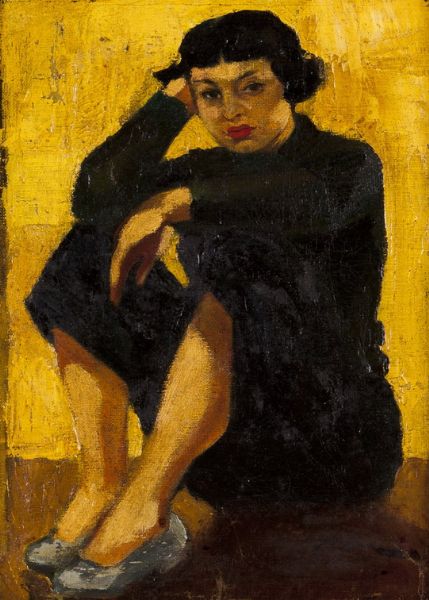 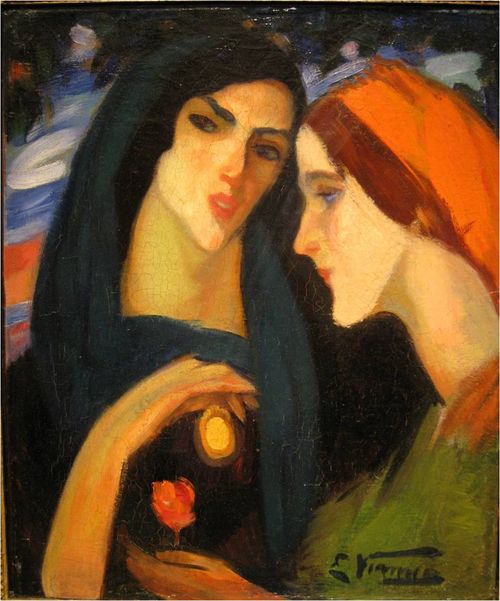 Betita
Again, probably painted sometime after the war.
Posted by Donald Pittenger at 1:00 AM