Max Beckmann ( 1884-1950) is usually associated with the post- Great War Neue Sachlichkeit movement in Germany. His Wikipedia entry is here. I wrote about his many self-portraits here.

Besides portraying himself, Beckmann painted his wives -- especially his second wife -- and a number of these paintings are shown below.

His first wife was Minna Beckmann-Tube (1881-1964), Wikipedia entry here, who was about three years older than him, and a fellow art student. He insisted that she abandon art after their marriage, so she took up opera singing. She was mother of his son, and they remained friends after he dumped her.

There might have been more complications, but let's turn to the paintings. 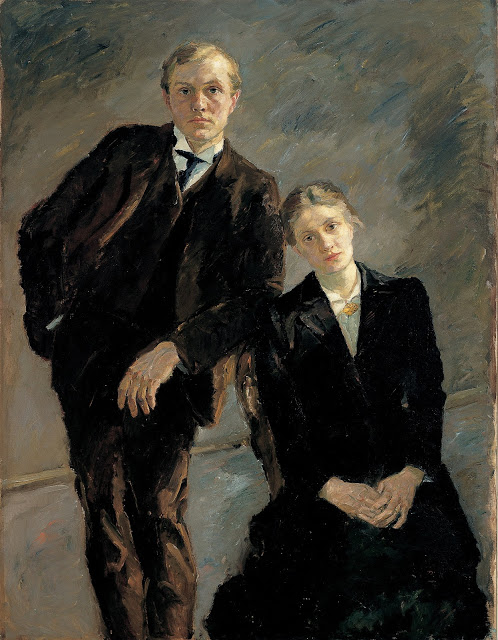 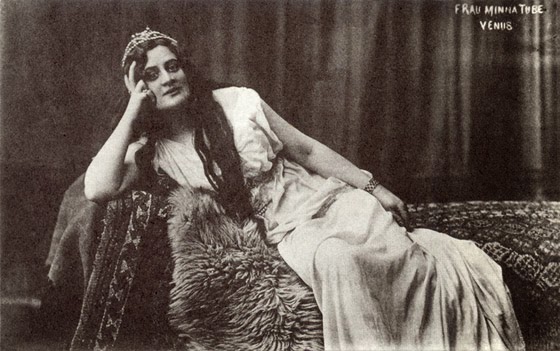 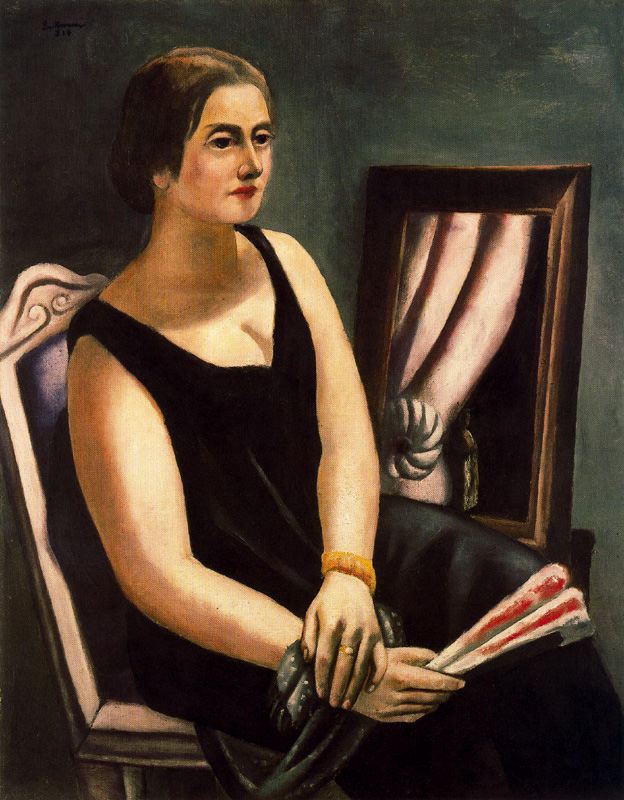 Minna Beckmann-Tube - 1924
He painted this around the time their marriage ended. 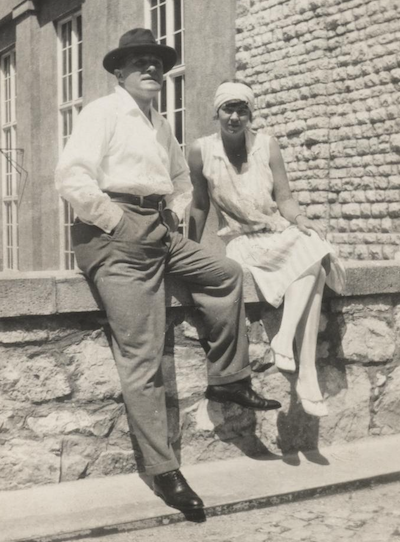 Beckmann and Quappi
Probably taken during the late 1920s.

Quappi - 1925
Beckmann emphasized her nose in his early portraits, then dialed that down by the 1940s. 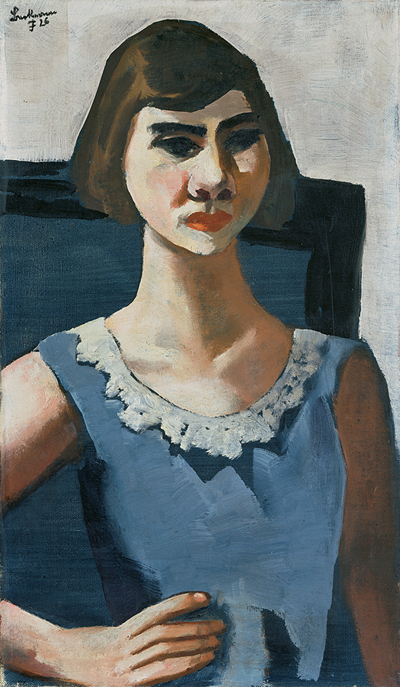 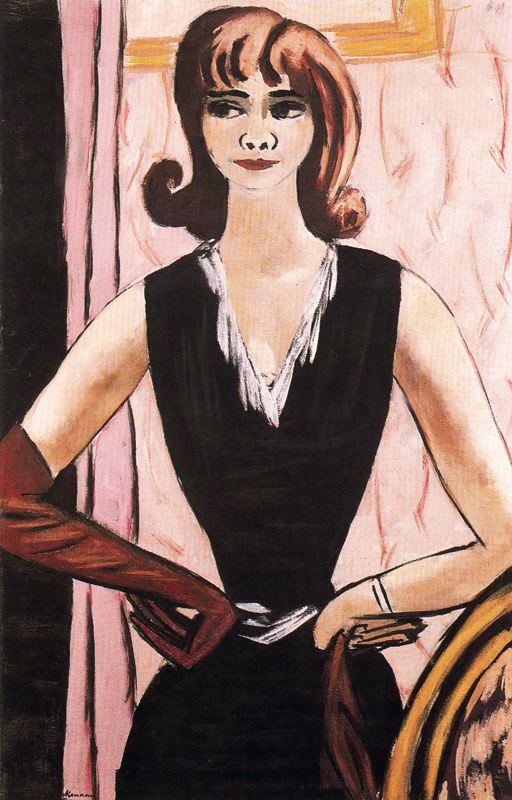 Quappi - 1931
For some reason the date for this seems wrong. Her hairdo is more appropriate for towards the end of the decade. 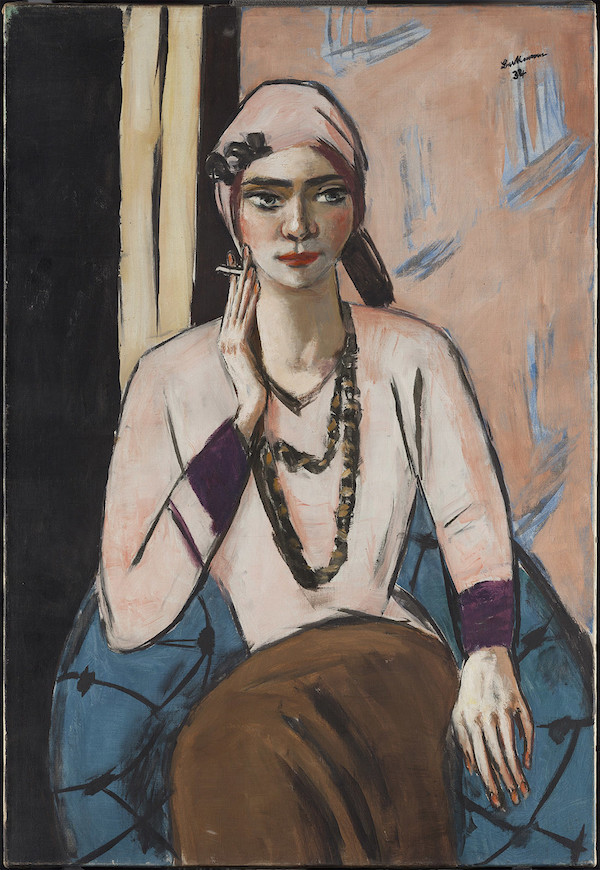 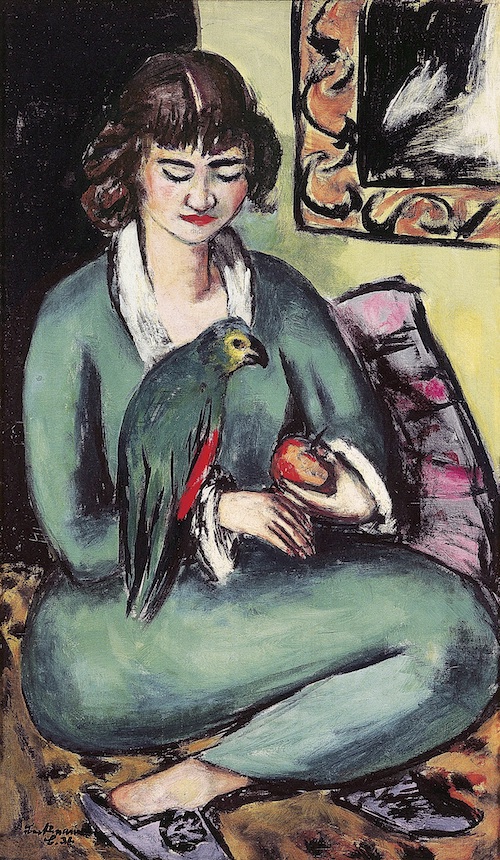 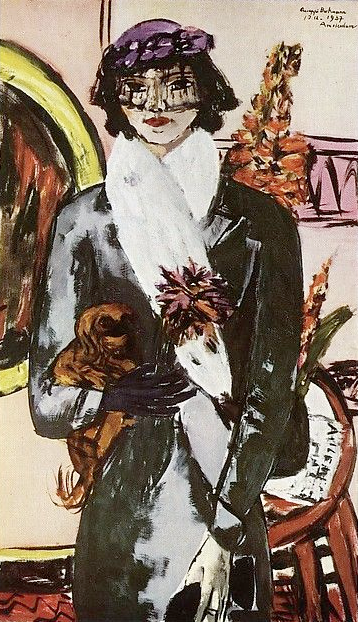 Quappi - 1937
In the upper-right corner Beckmann notes this was painted in Amsterdam where they lived from 1937 to 1948. 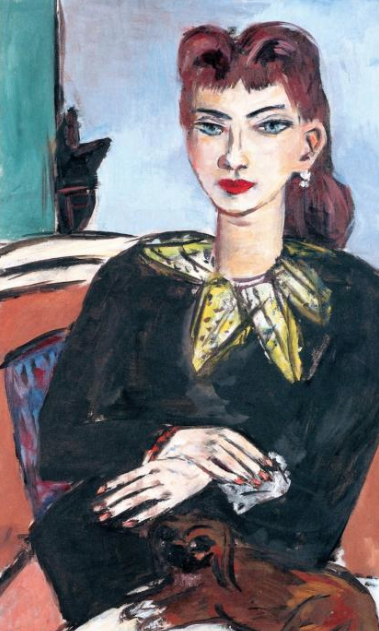 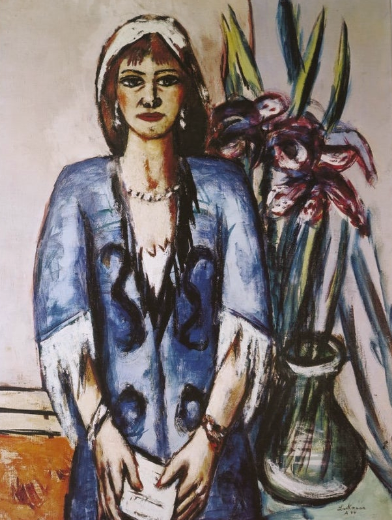 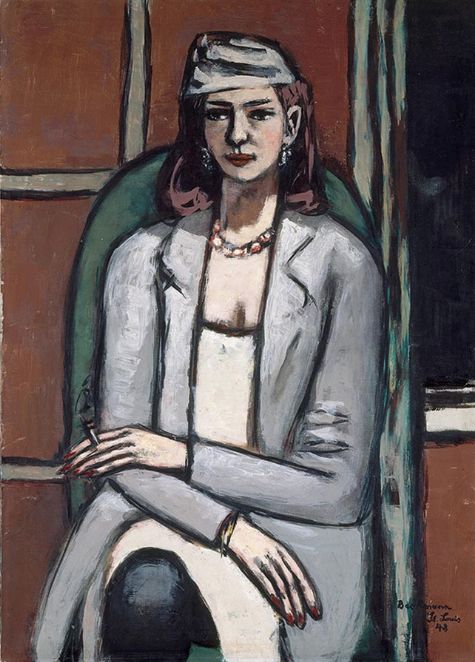 Quappi - 1948
Painted in St. Louis. Like Beckmann, Quappi was a smoker.
Posted by Donald Pittenger at 1:00 AM