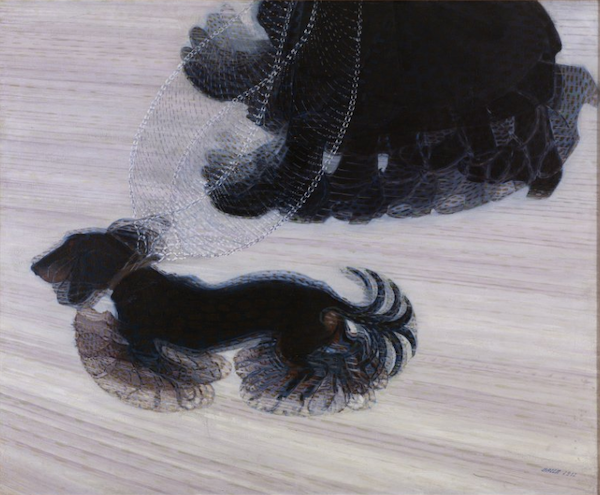 Giacomo Balla (1871-1958), whose most famous painting Dinamismo di un cane al guinzaglio --Dynamism of a Dog on a Leash -- 1912, shown above, spent part of his career as a Futurist, Futurism being one of Italy's two main contributions to early modernist art (the other is Giorgio de Chirico's Metaphysical Art).

Balla's Wikipedia entry mentions that he had training at Turin academies and then went to Rome where he painted portraits and did commercial art to earn a living. At some point before 1900 he took up Divisionism, related to Claude Monet- style Impressionism. Then, as Wikipedia states (as of 1 January 2019):


"Around 1902, he taught Divisionist techniques to Umberto Boccioni and Gino Severini. Influenced by Filippo Tommaso Marinetti, Giacomo Balla adopted the Futurism style, creating a pictorial depiction of light, movement and speed. He was a signatory of the Futurist Manifesto in 1910."

So Balla's friendship with Boccioni and Severini, who were early converts to Marinetti's Futurism, seems to have led to his knowledge of and participation in that movement when he was about 40 years old. For a while. Hard-core Futurism and other 1900-1914 modernist movements had lost much of their fizz by 1920, and Balla's style drifted back towards conventional representation by the 1930s. 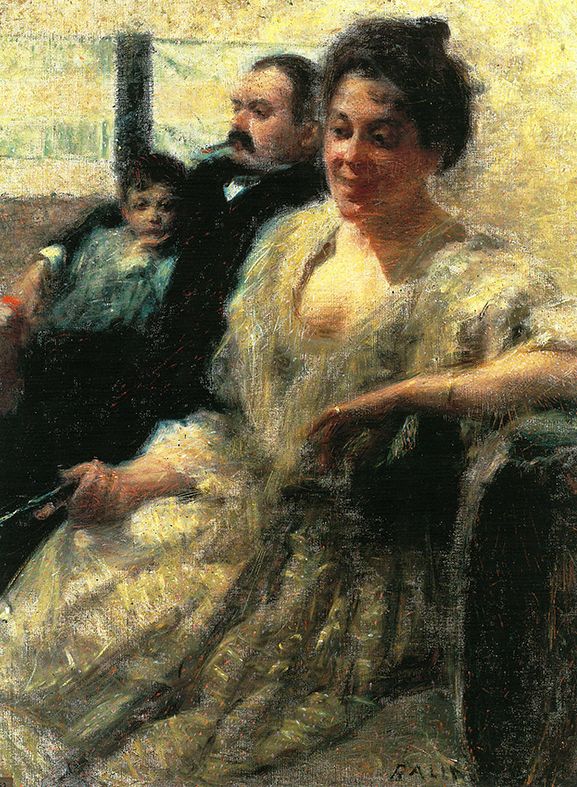 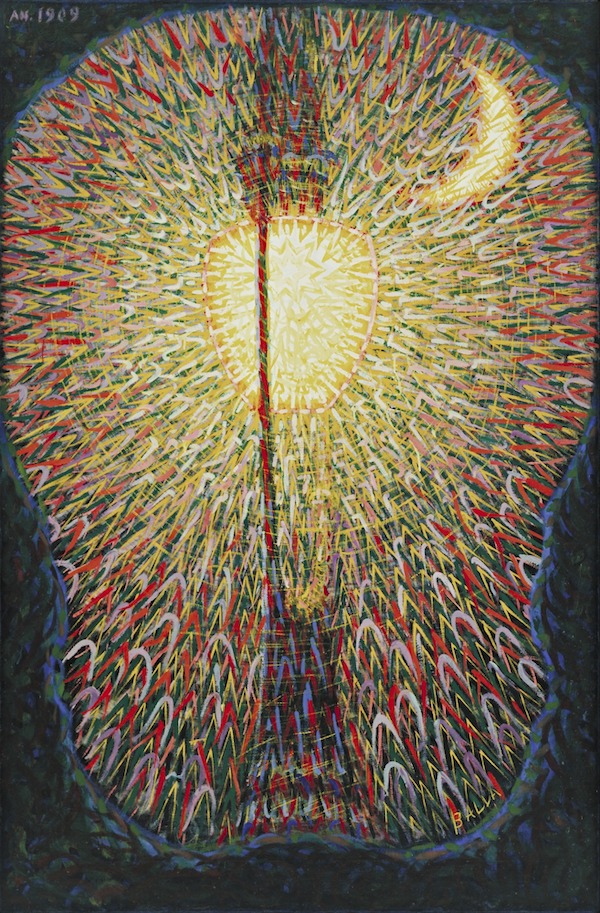 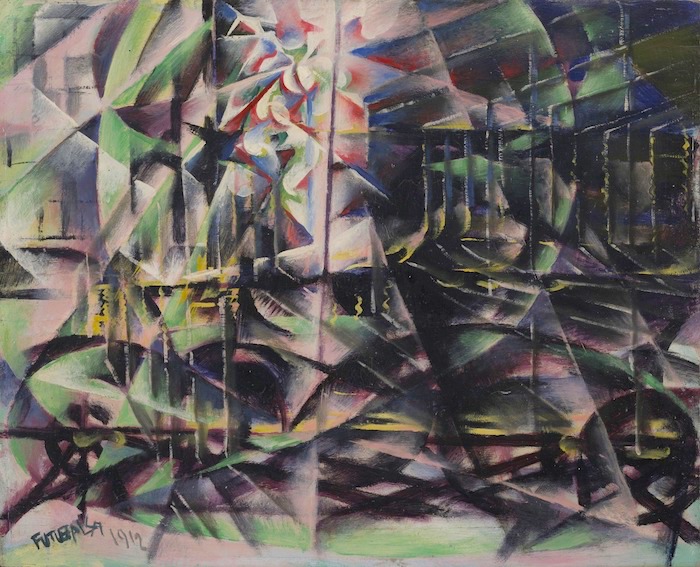 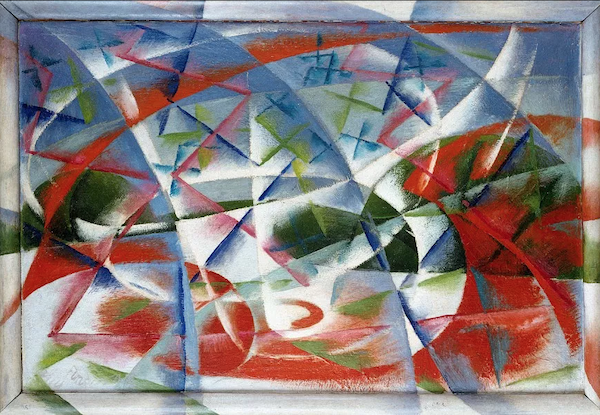 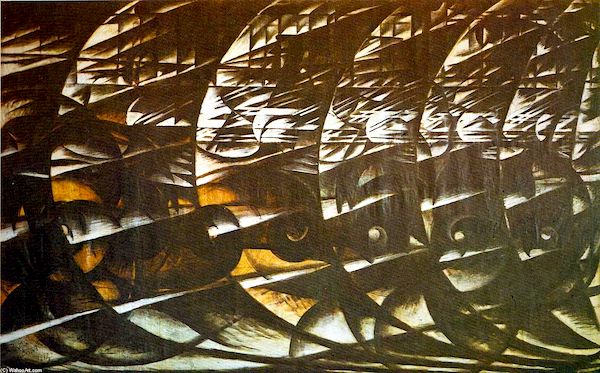 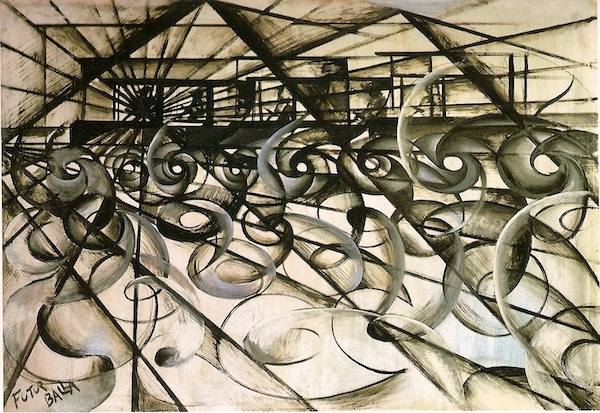 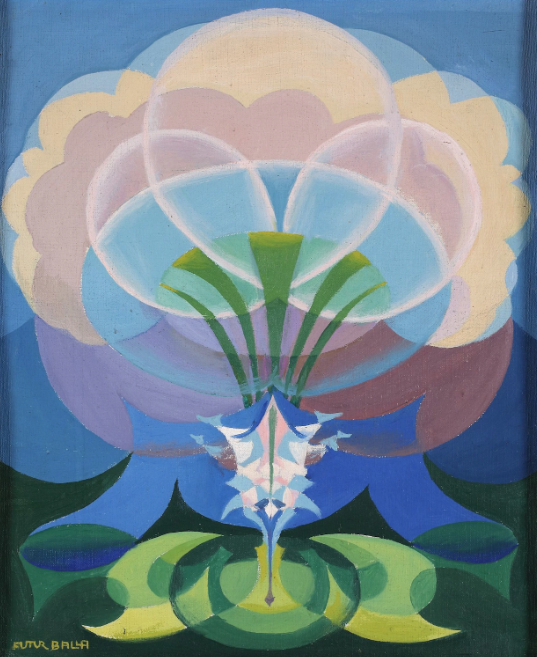 Expansion of Spring - 1918
Although Balla's signature includes FUTUR, he is drifting from Futurism. 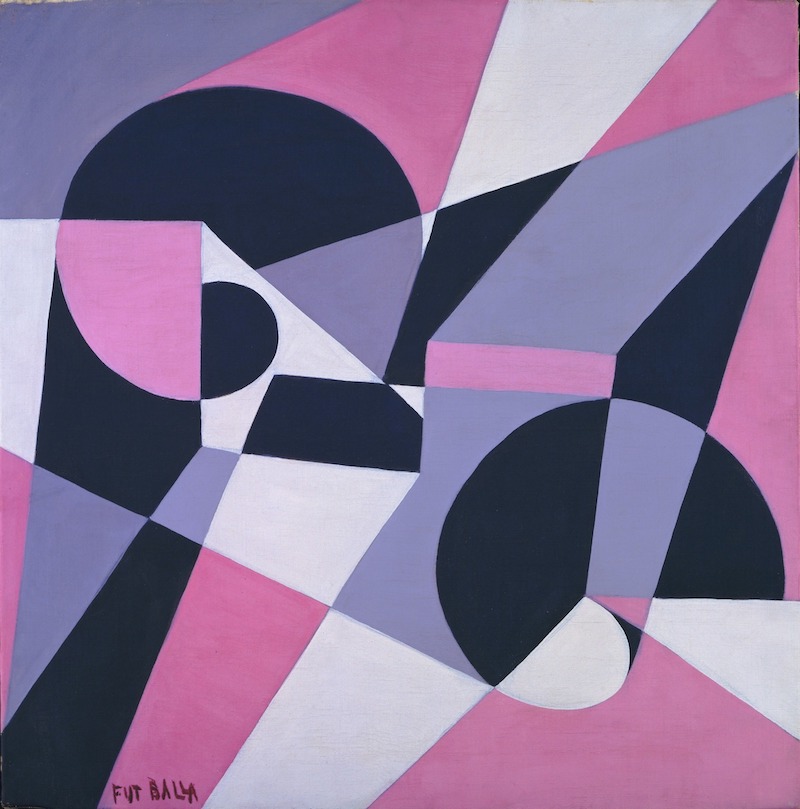 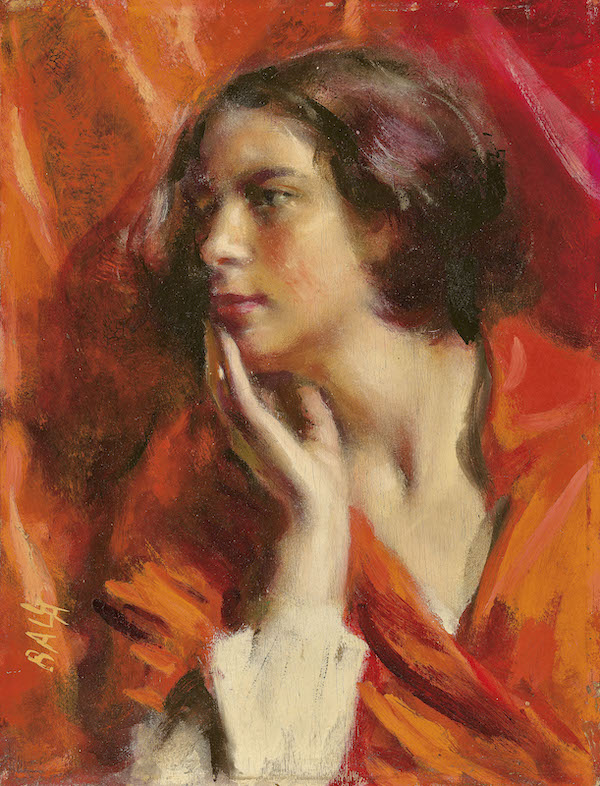 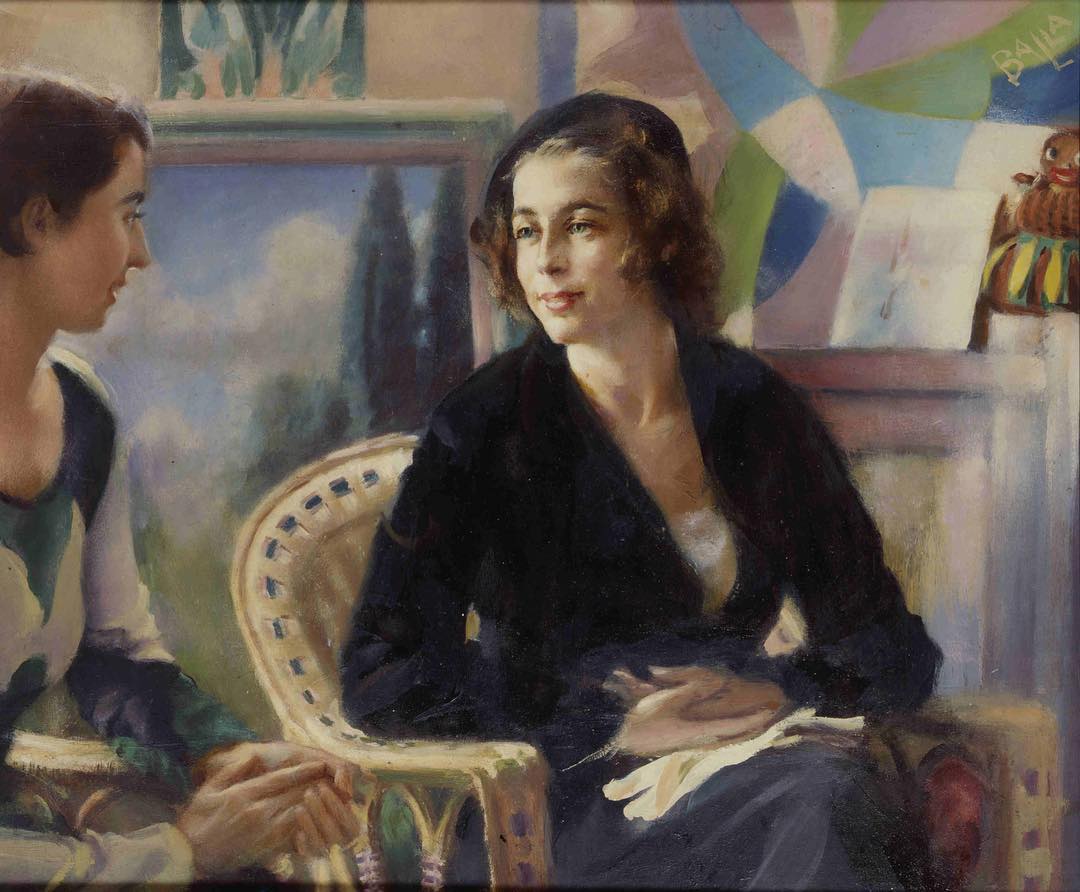 Chiacchierì (Chatting) - 1934
Two conventional, nicely made paintings. The one immediatey above seems to show some Balla paintings in the background.
Posted by Donald Pittenger at 1:00 AM