Frederic Sackrider Remington (1861-1909), along with Charles Russell (who I wrote about
here), was a leading American artist of the late 1800s Frontier West.   I rate Remington slightly higher than Russell in artistic merit.  Perhaps that was because he had had some art training during his year at Yale and later at New York's Art Students League, whereas Russell was self-taught.  Remington's lengthy Wikipedia entry is here.

A favorite Remington subject was armed conflict by U.S. Cavalry along with groups of various kinds of civilians such as trappers of settlers opposed by the Indians.  The present post features images of army personnel -- mostly cavalry, but also infantry and Indian Scouts employed by the army.

As best I can tell, the battle scenes below are imaginary.  However, he was out west as a young man and therefore familiar with soldiers, Indians, landscapes and other details. 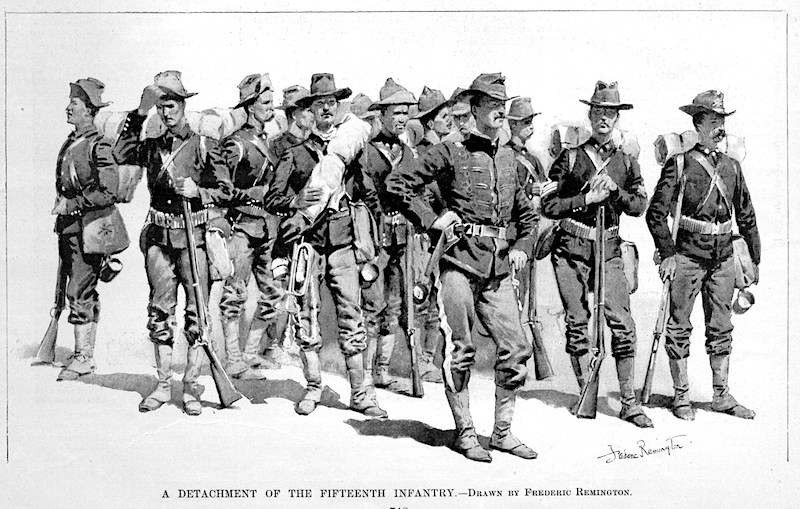 A Detachment of the Fifteenth Infantry 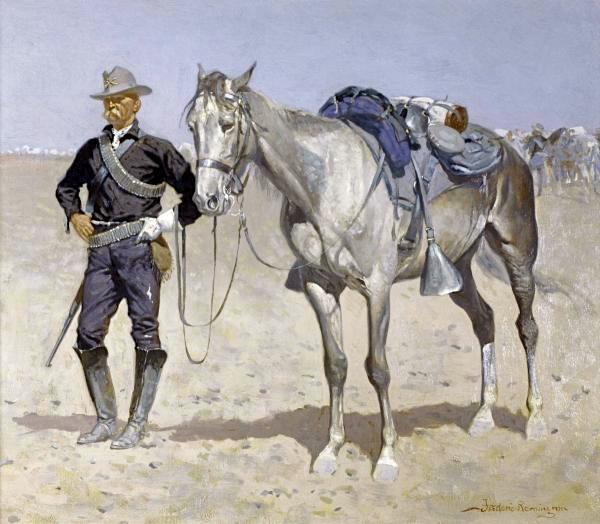 Trooper of the Plains
Another character study. 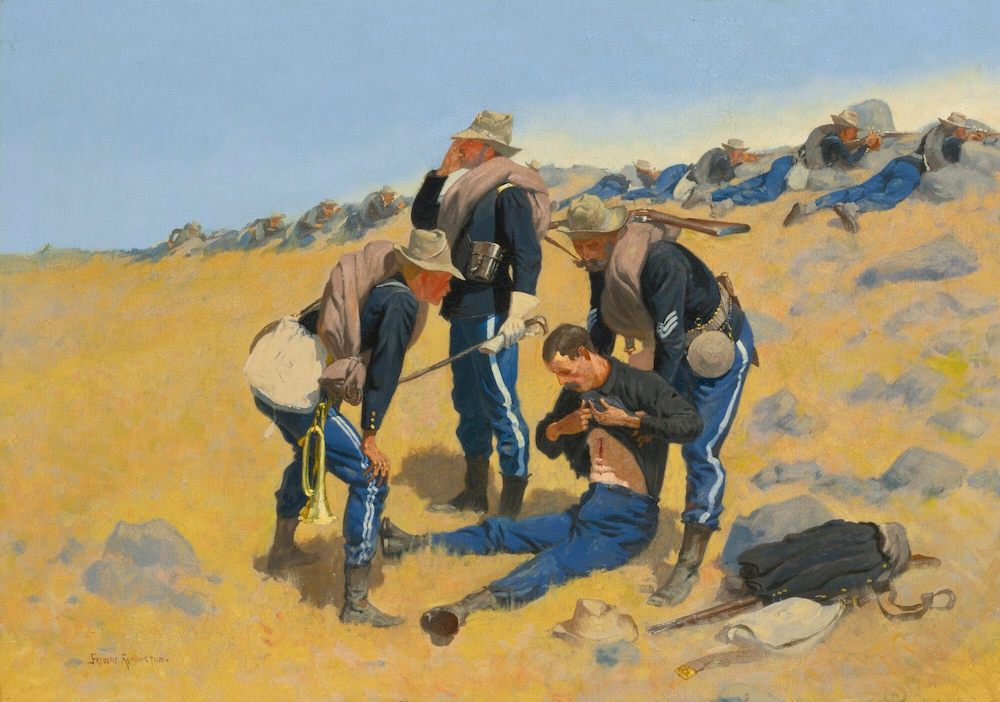 Call the Doctor
More sketch or study than a finished work, Remington nevertheless signed this. 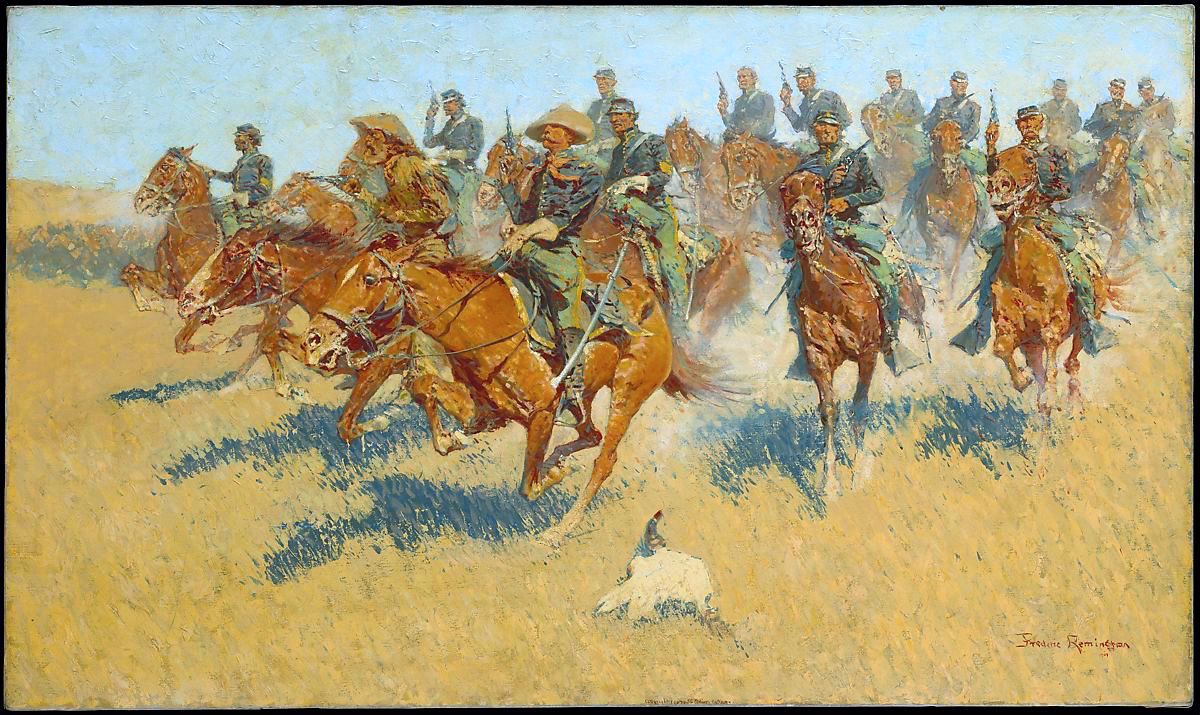 On the Southern Plains
Cavalry charge, the troopers with raised pistols. 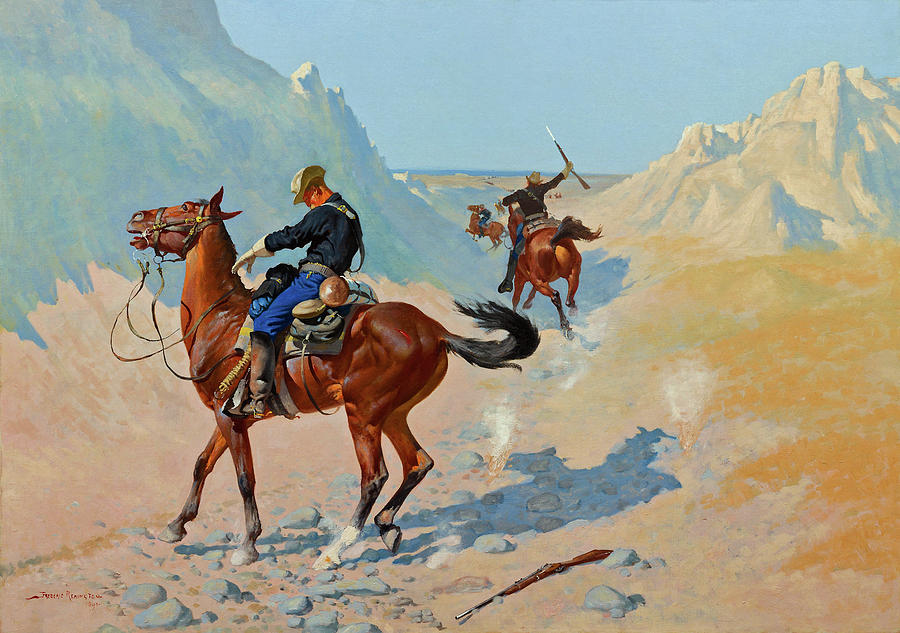 The Advance Guard: the Ambush
Troopers in big trouble. 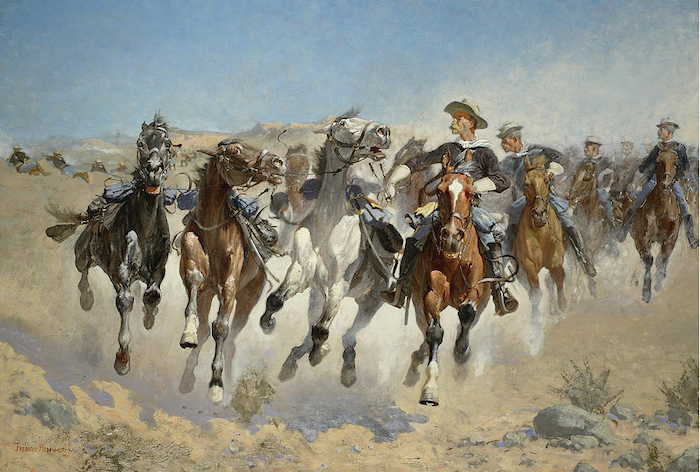 Dismounted - 4th Cavalry troopers moving the horses
Here cavalry troopers are acting as dragoons -- mounted infantry.  They form a line along the background ridge while their horses are removed from the scene by other troopers.  The ratio shown here is three detached horses to each minder. 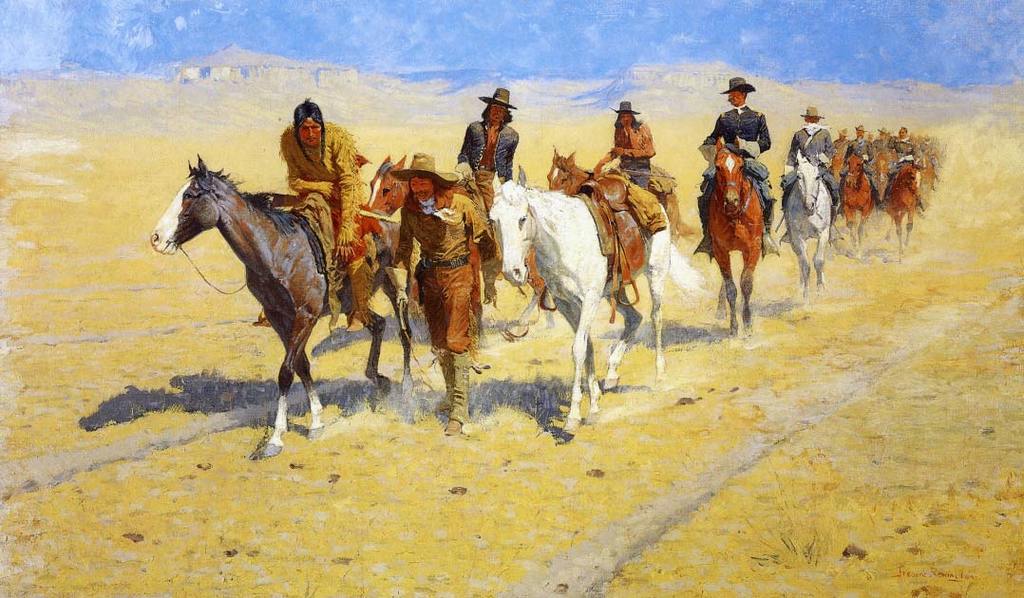 Pony Tracks in the Buffalo Trails
This detachment is pursuing some Indians who must have caused trouble.  They seems to have followed buffalo herd tracks to help disguise their own horses' tracks.  But Indian Scouts are on the job of sorting pony from buffalo tracks. 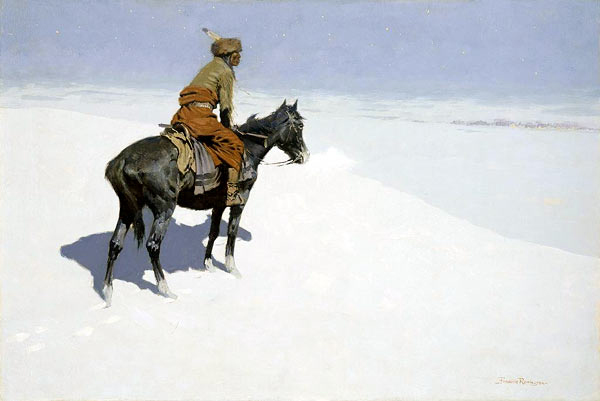 The Scout: Friends or Foes?
Another Indian Scout.
Posted by Donald Pittenger at 1:00 AM

That final canvas The Scout is quite fine; on display at the Clark Art Institute in Williamstown MA.