Frank Tinsley (1899-1965) mostly illustrated aircraft and other technical subjets, though he also briefly drew a Sunday newspaper comic strip.  Several years ago I wrote about his early airplane illustrations, criticizing his drawing ability.  I also touched on his later work.

For the present post, I thought I should show more of that later, post- World War 2 work that was a considerable improvement over what he did in the 1930s.  However, some early examples are included.  Plus an example of his comic strip.

Some biographical information on Tinlsey is here. 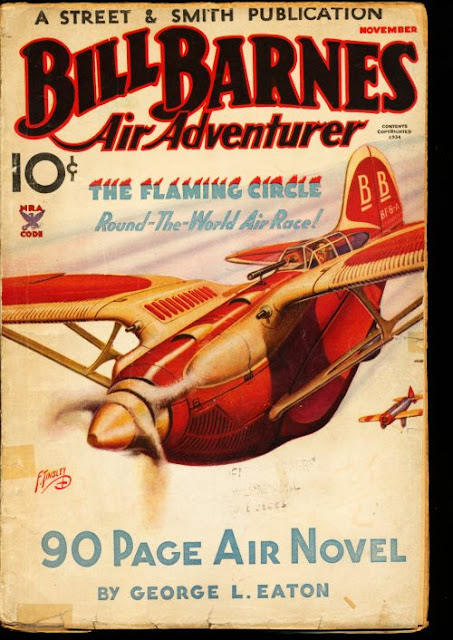 This November 1935 magazine cover features what seems to be an imaginary fighter design using the then-fashionable "gull" or "Polish" high-wing.  The perspective is a bit off: note the tail's vertical stabilizer. 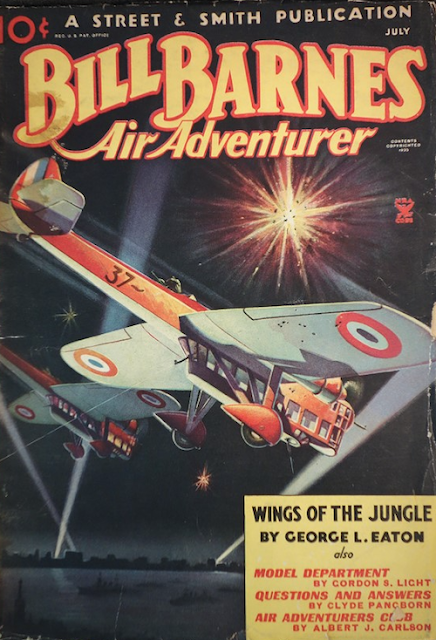 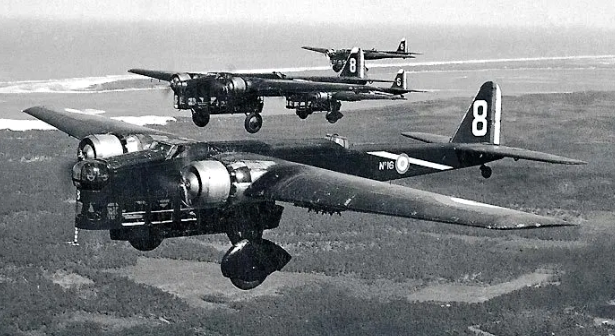 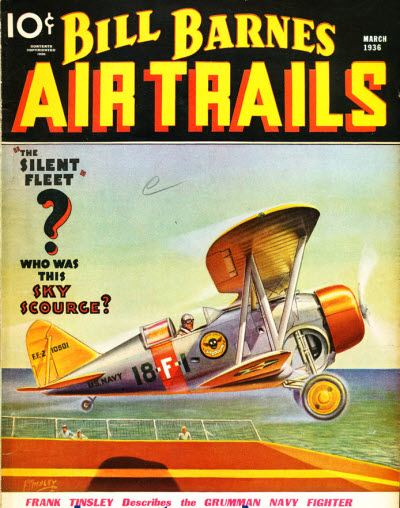 This photo of a Marine Corps F2F was probably taken a few years later, but a similar image might have served as Tinsley's reference. 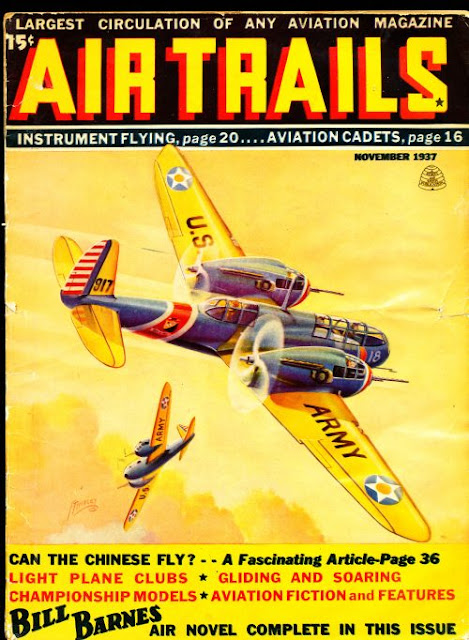 Here is his version of the Bell XFM-1 Airacuda prototype multi-place U.S. Army Air Corps fighter that first flew on 1 September 1937.  Since this Air Trails cover is dated November 1937, it appeared on news stands in October.  Which means that Tinsley made his painting at least two months before that.  Perhaps that explains the errors in depiction (see photo below).  My guess is that his only reference was a ground view showing the plane from the front, so he had to guess what the after part looked like.  Note his crude depiction of the plane's left wing and the writing on it.  (By the way, the words U.S. Army were only painted on the undersides of the wings in those days.) 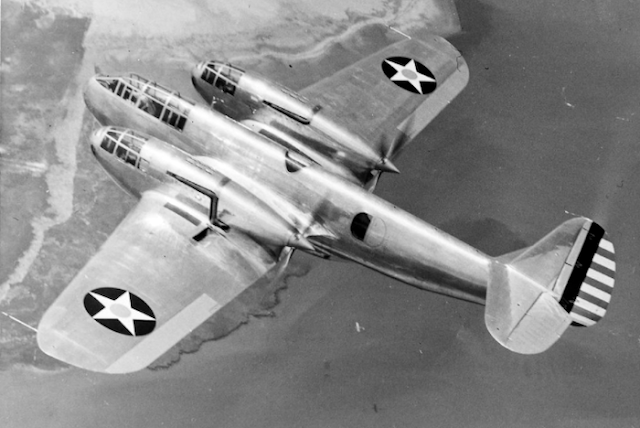 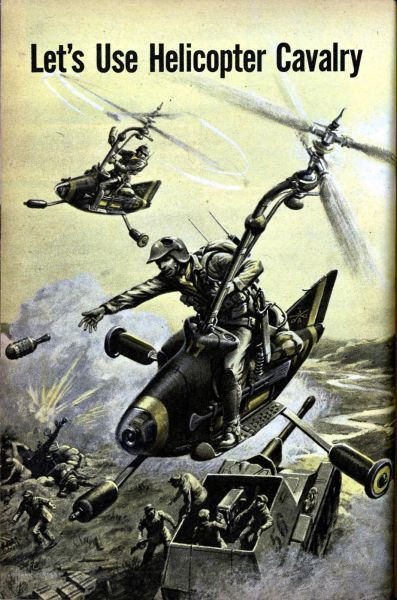 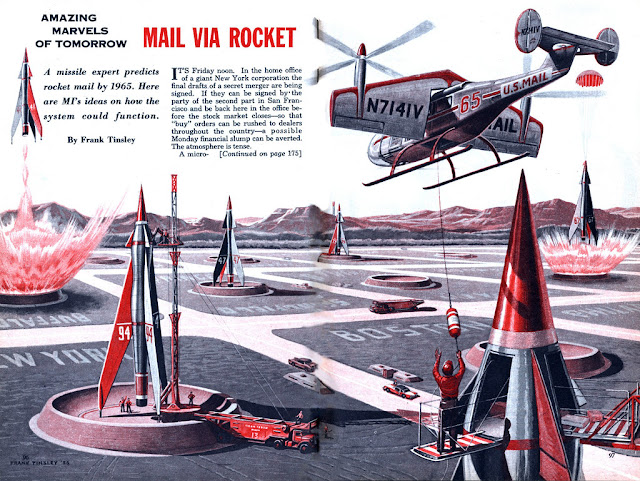 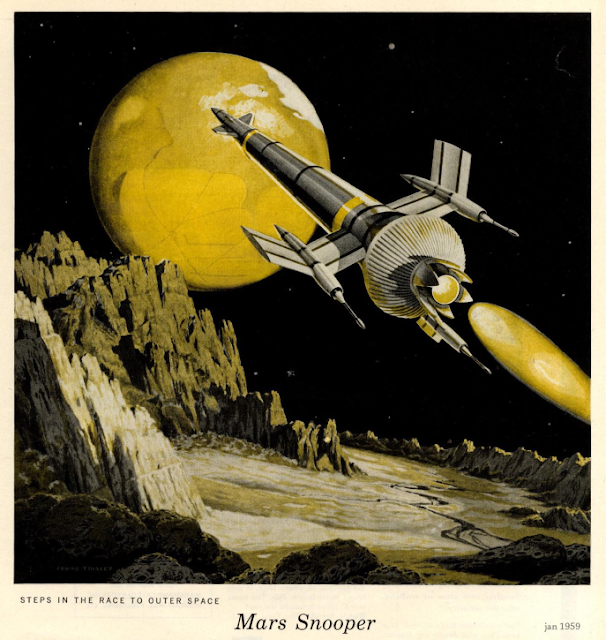 Cruising over one of Mars' moons. 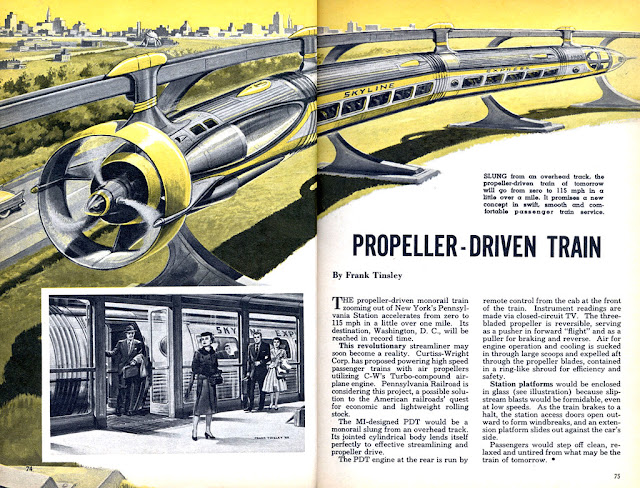 Unlike his prewar Air Trails work, he wasn't depicting actual equipment, so accuracy was not a priority at all.  His objects just had to appear plausible. 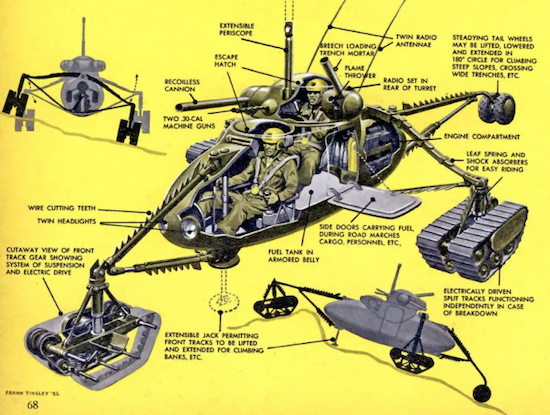 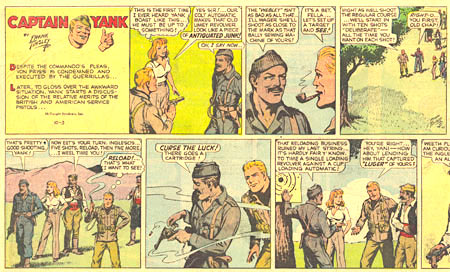 Example of his early 1940s comic strip.  Tinsley was better than many comic artists when drawing people.
Posted by Donald Pittenger at 1:00 AM