Edwin Howland Blashfield (1848-1936) was an important American muralist in the decades around the turn of the 20th century.   His Wikupedia entry is here.

I wrote about him here, noting:

"Although his time [studying art] in France coincided with the rise of French Impressionism, his style remained traditional, but not strictly Academic. This worked well for him as a muralist, because American government-funded murals in the decades around 1900 tended to have uplifting themes often manifested by symbolic characters."

Generally speaking, in Blashfield's time a mural required a great deal of preparation.  Subject matter related to the mural's theme had to be decided by the artist and probably also the mural's sponsoring organization.  Then its composition needed to be worked out.  Ditto its color scheme.  Studies of its elements were drawn or painted.  All this preparation could easily result in a stiff looking result, no matter how skilled the artist.

Good though Blashfield was, I rate his murals less interesting than those of, say, Frank Brangwyn.  And his depiction of classical era figures in his paintings not as skilled as Lawrence Alma-Tadema's.  But few measured up to those standards.
Not all the images of paintings and murals below are signed, so I have to grit my teeth and hope the sources of images below found on the Internet correctly cited Blashfield as the artist. 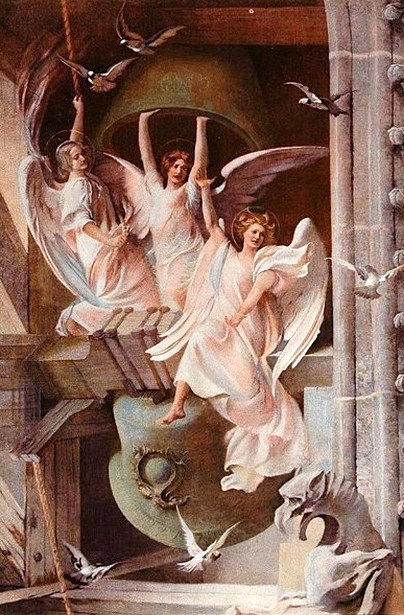 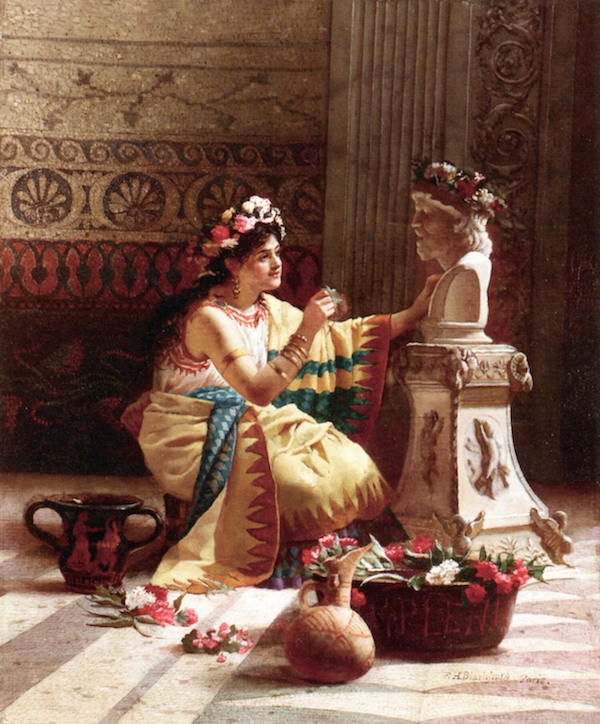 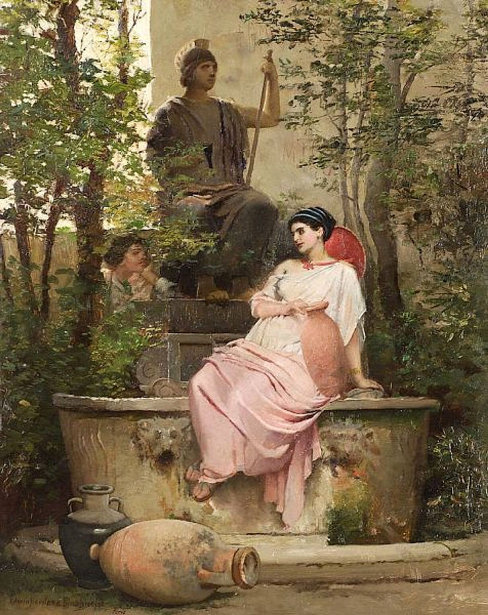 Lovers in the Secret Garden 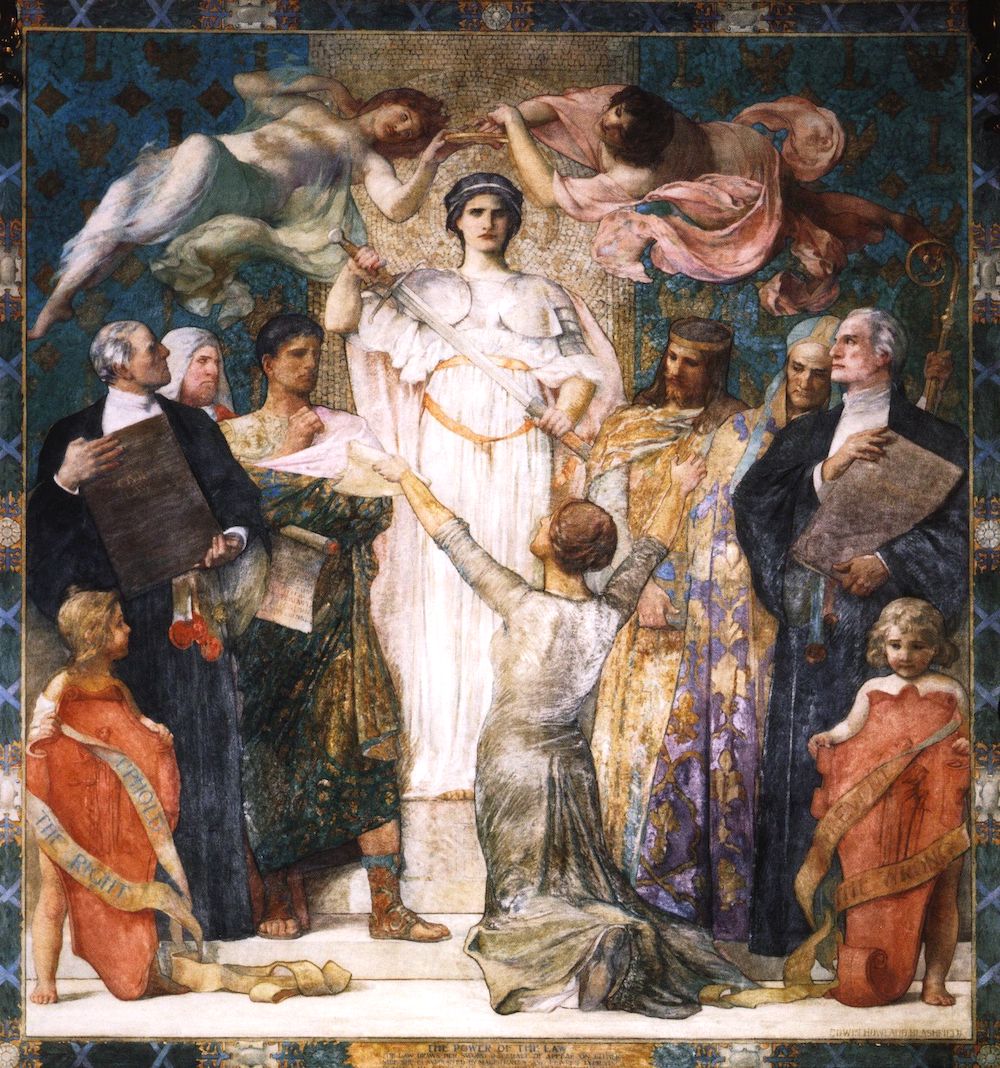 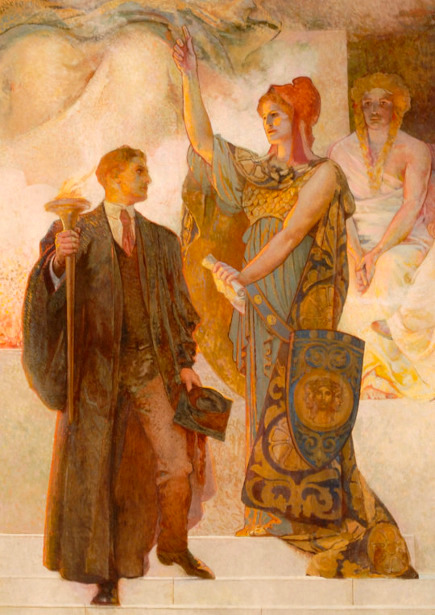 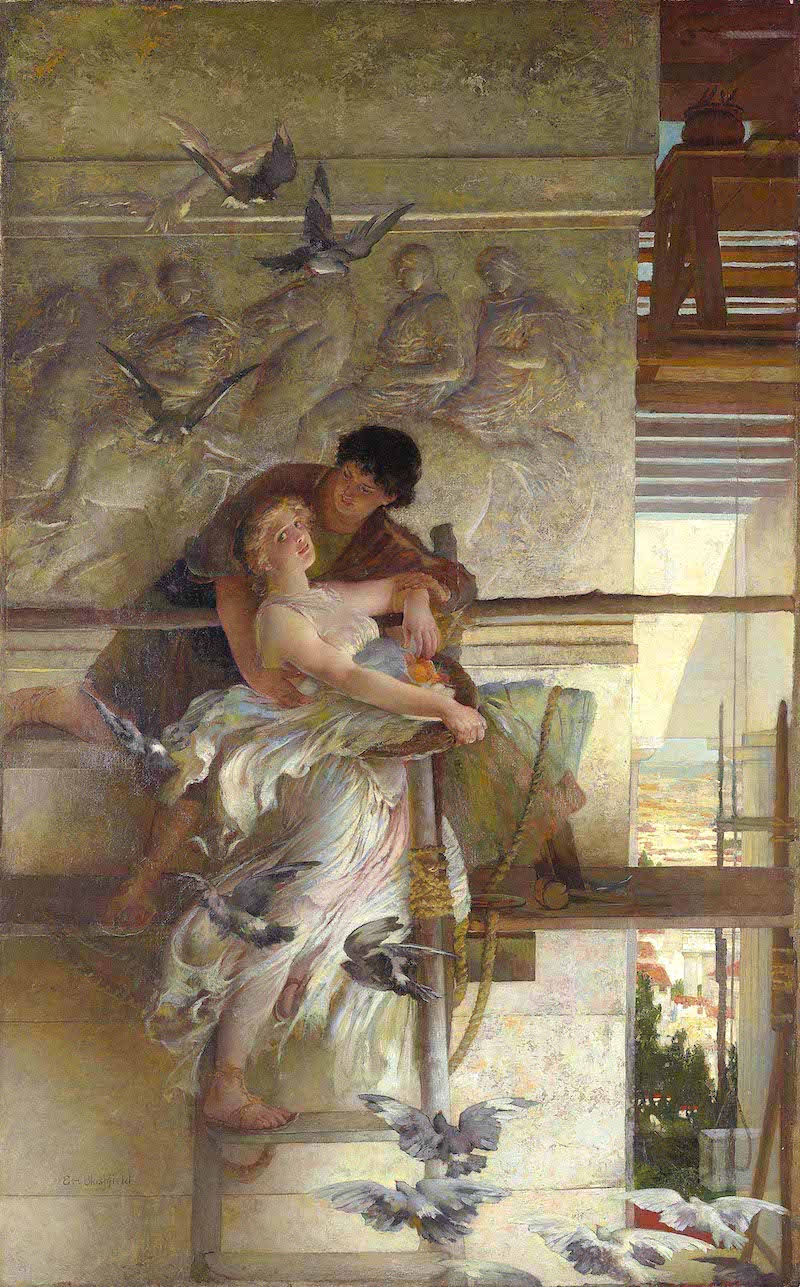 Under the Temple Eaves 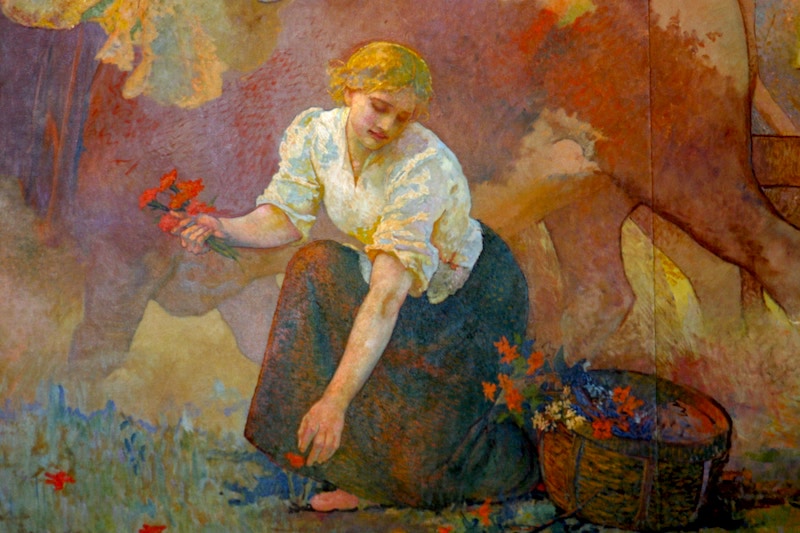 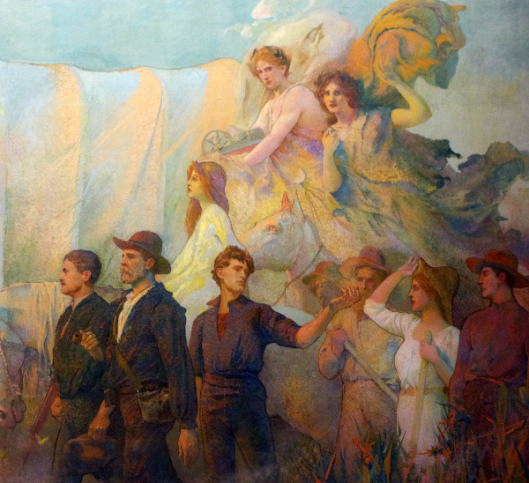