Daniel Frederik Schmidt (1865-1934), who changed his name to Dan Smith for professional reasons, was born in Greenland to Danish parents who later moved to the USA.  Much of his illustration work appeared in newspapers.  That, and his common name, might account for his lack of notoriety in illustration history.   Too bad, because he did very nice work.

Biographical information can be found here and here.

One problem with newspaper illustration -- especially when papers were printed using letterpress on newsprint -- is the poor quality of reproduction.  That could easily degrade the appearance of an artist's work.  Some of Smith's illustrations were printed using color, and newspaper color was pretty crude 80 or 130 years ago.  Images below include a few comparisons of color and non-color for the same artwork: click on them and others to enlarge. 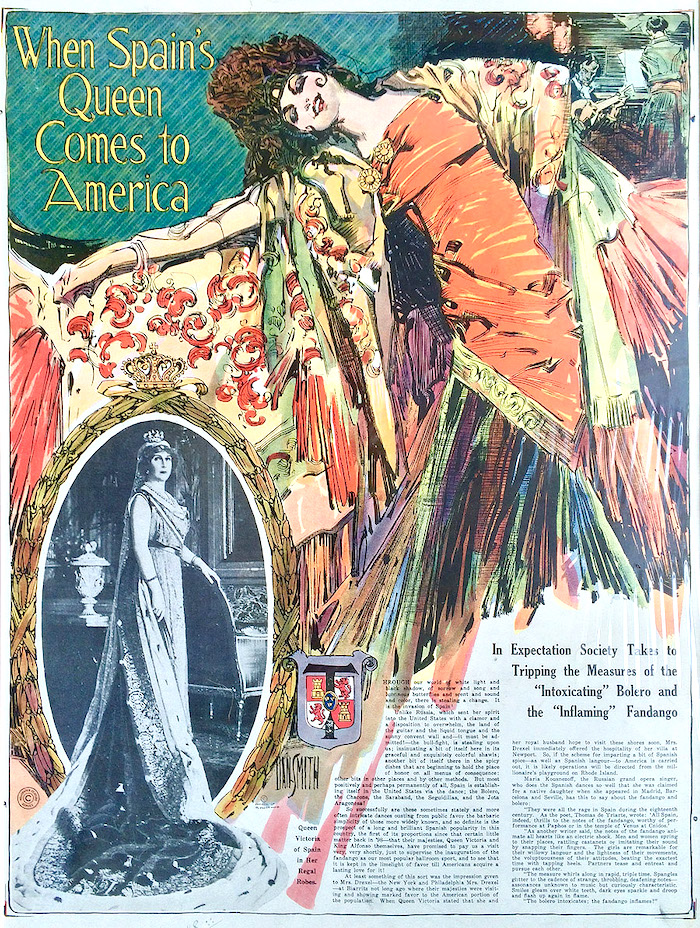 Spainish Queen's visit
That's not the queen in his color illustration. 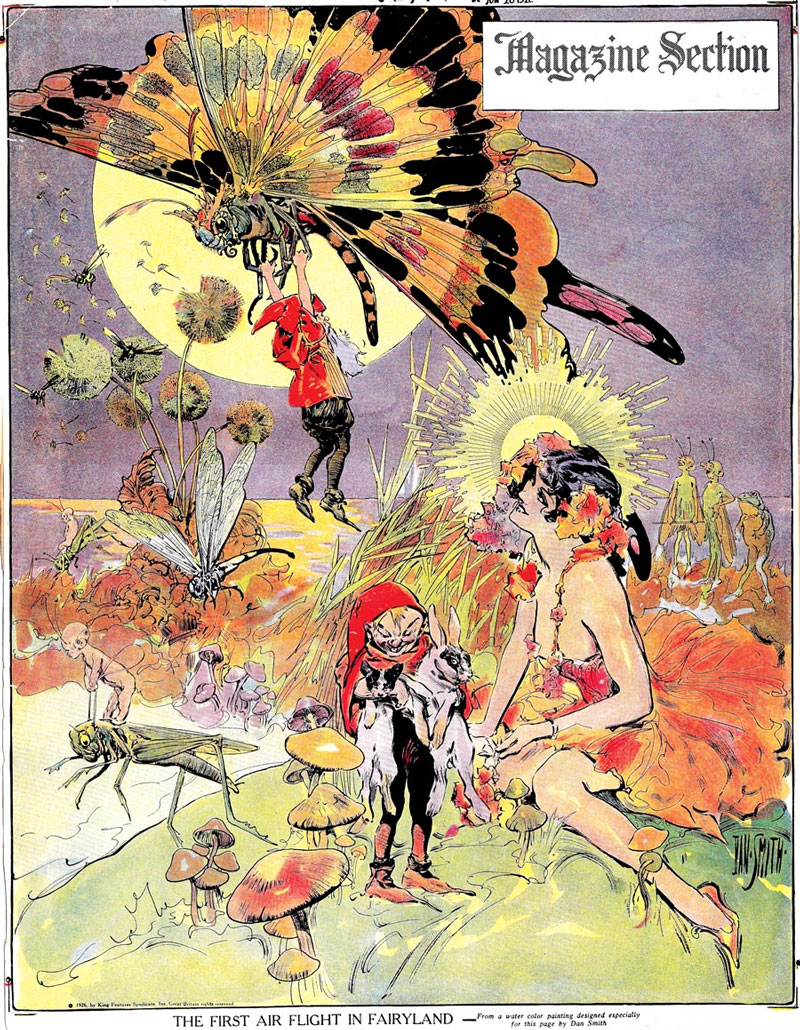 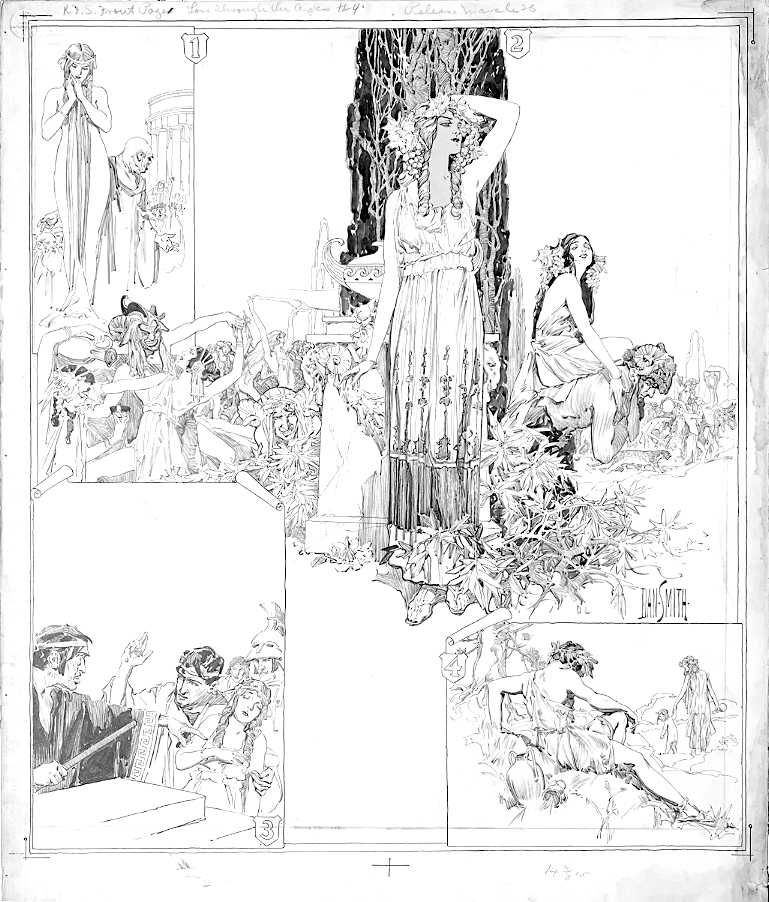 Helen in Search of a Charming Prince - Atlanta Constitution - 26 March 1933
Examples of artwork before color might have been added. 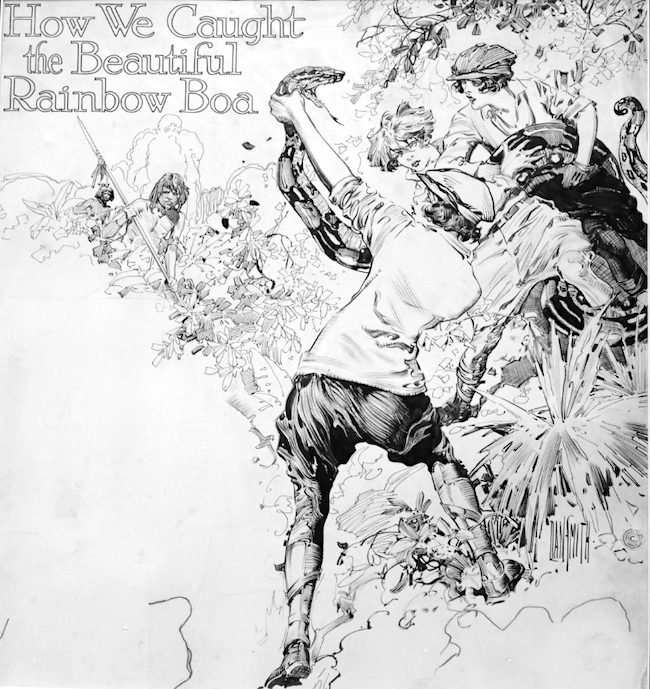 How We Caught the Beautiful Rainbow Boa - 1921 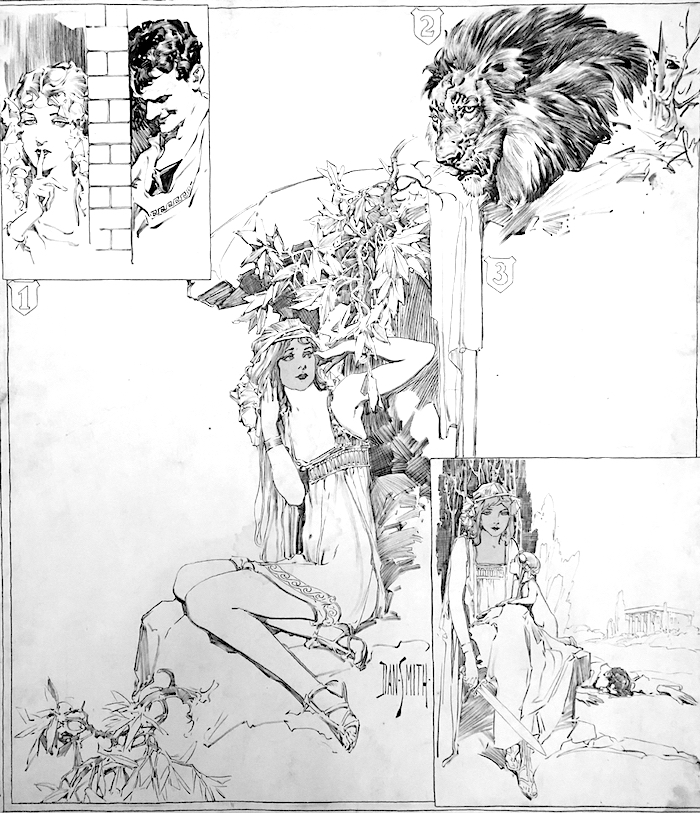 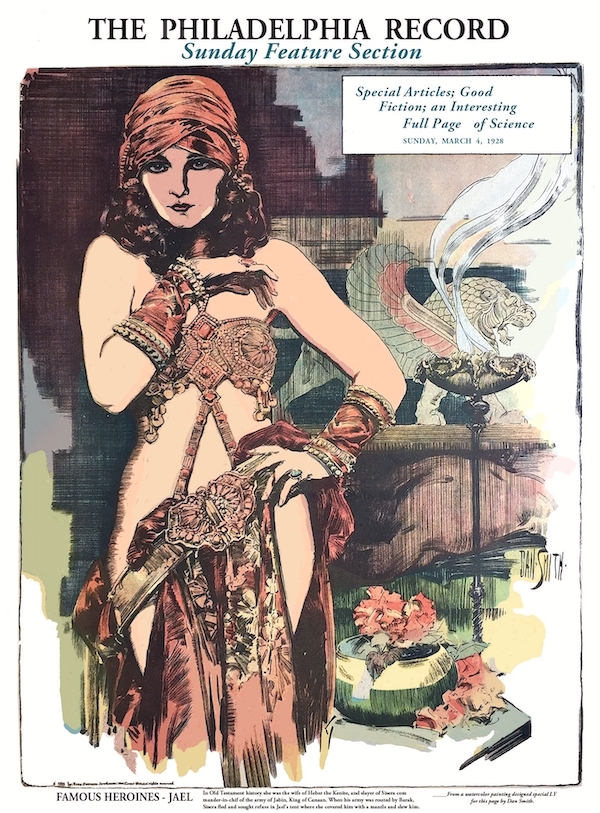 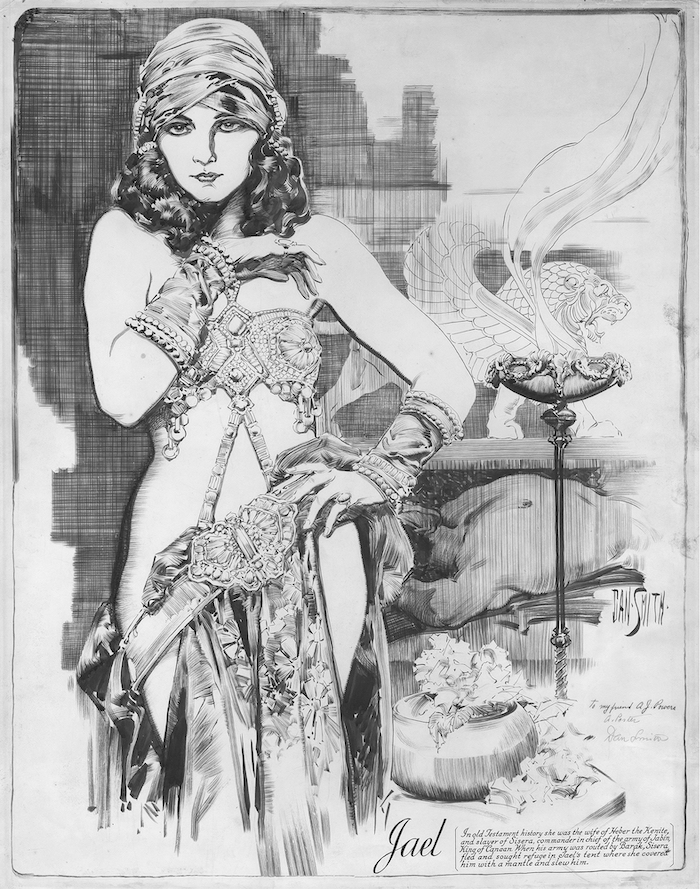 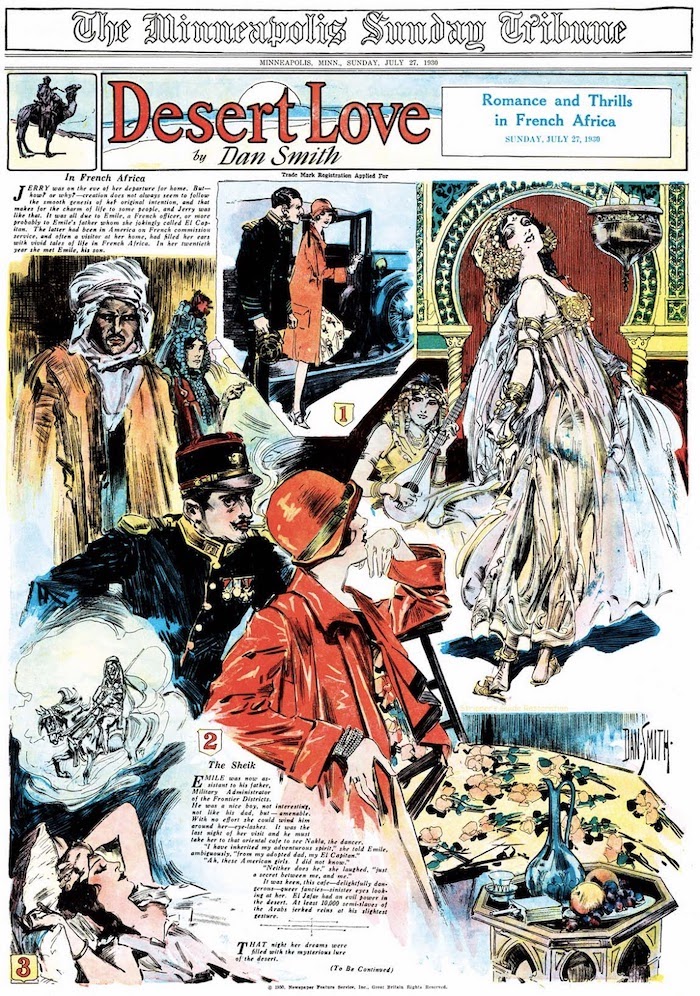 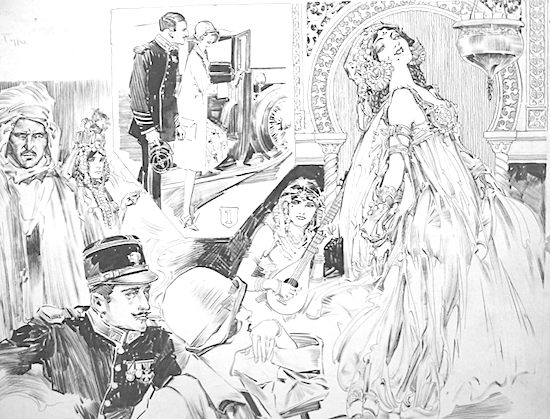 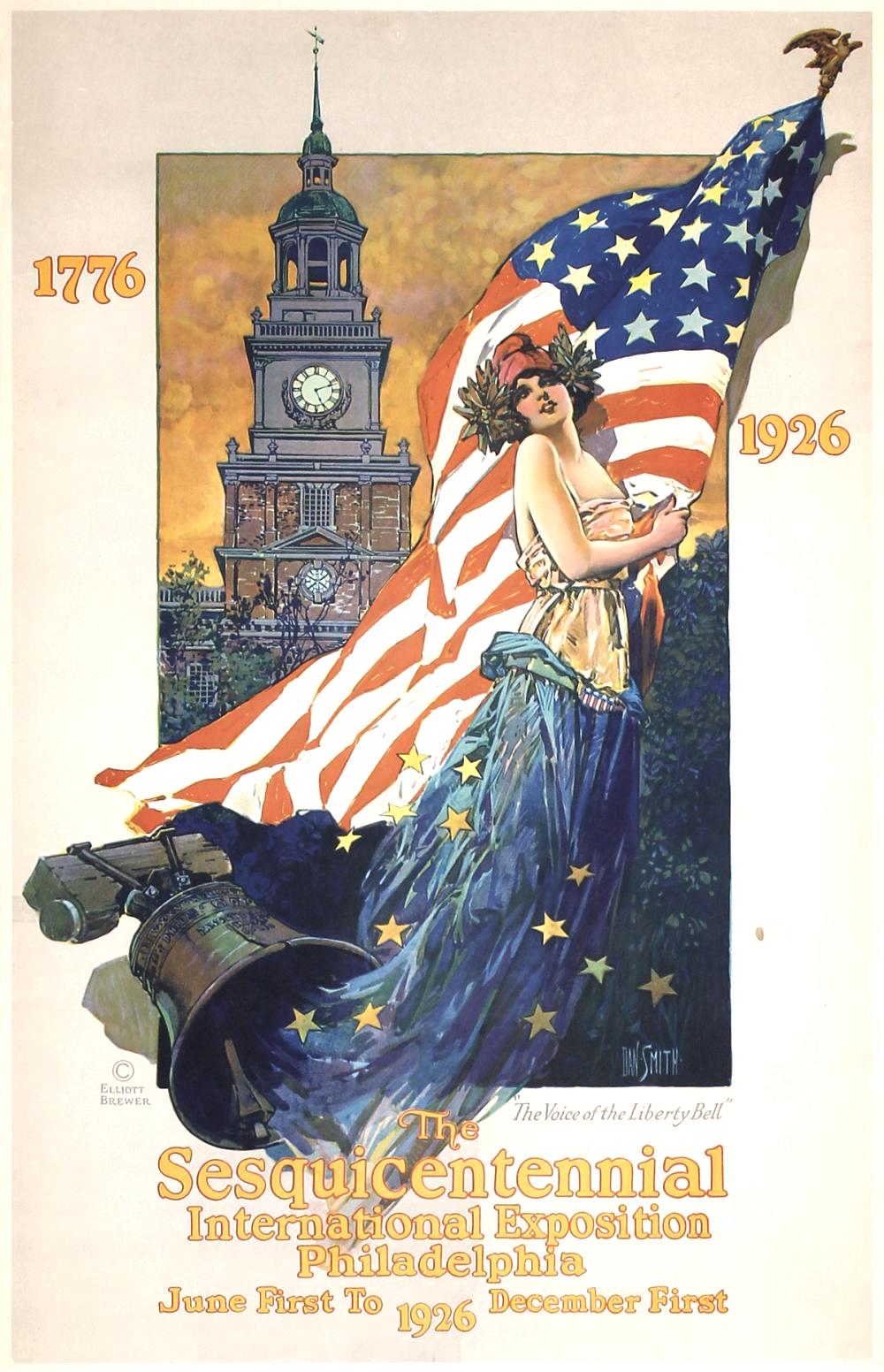 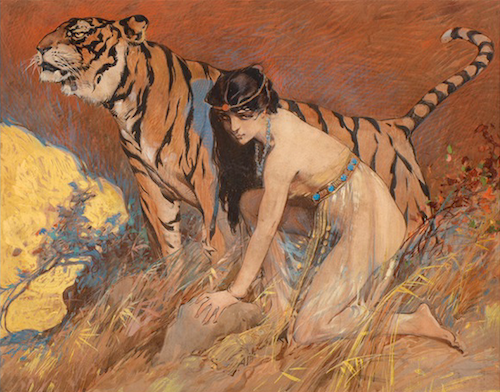 Lady and Tiger
Another example.  Smith seems to have enjoyed illustrating lovely, partly-clad women.
Posted by Donald Pittenger at 1:00 AM