John William Waterhouse (1849-1917) was a major British successor to the Pre-Raphaelite movement.   His Wikipedia entry is here, and I recently wrote about his oil sketches and studies here.

Although he often used Pre-Raphaelite subject matter, his painting style was generally not as compulsively detailed as many of their works.  That is, although they have plenty of details, the effect he created seems more free, more natural.

Today's post present a few of his paintings that strike me as being among his best or most famous. 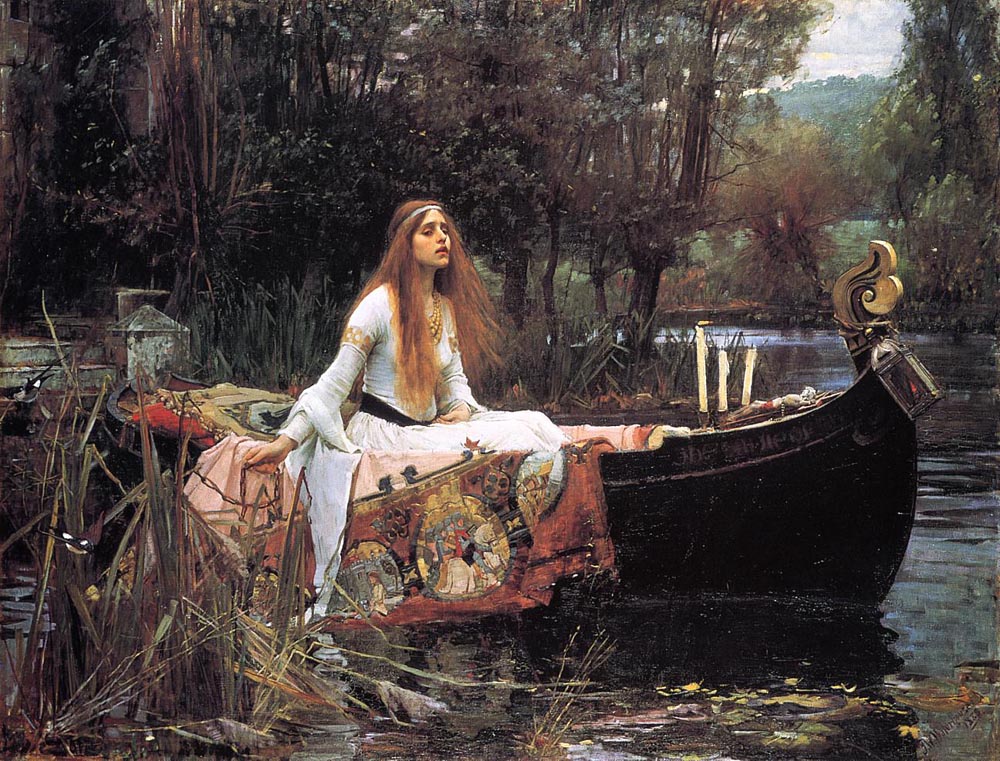 The Lady of Shalott - 1888
The times I visited London's Tate Britain museum, this large painting was on display. 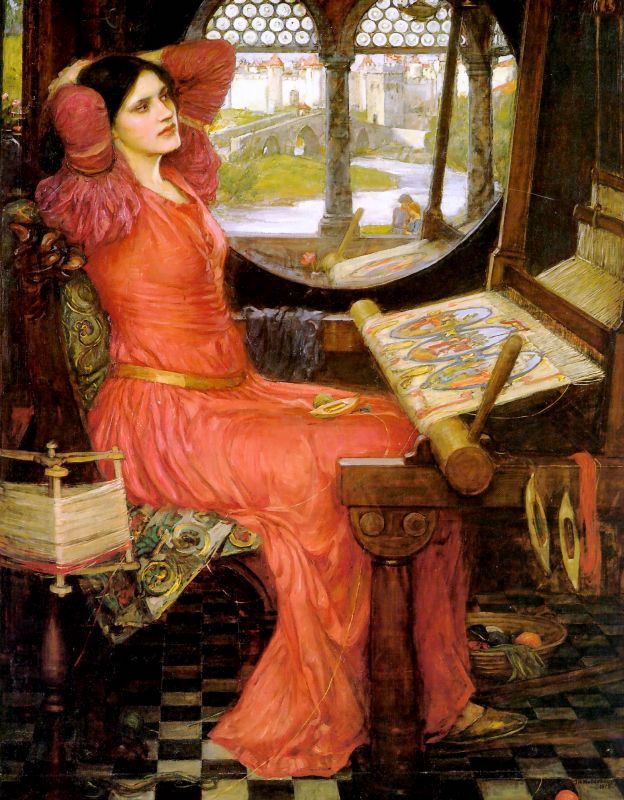 Destiny - 1900
Waterhouse seems to have borrowed some elements of this work for use in the previous painting. 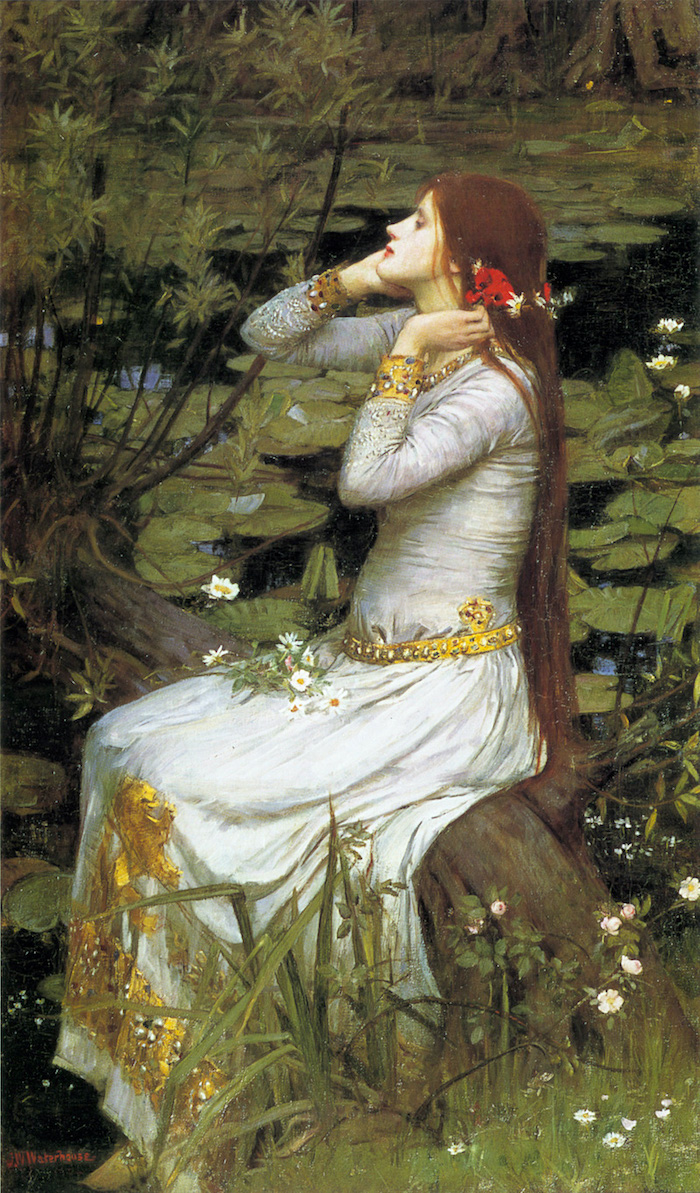 Ophelia - 1910
Painting human skin against a green, outdoors background can be tricky, but Waterhouse succeeded here. 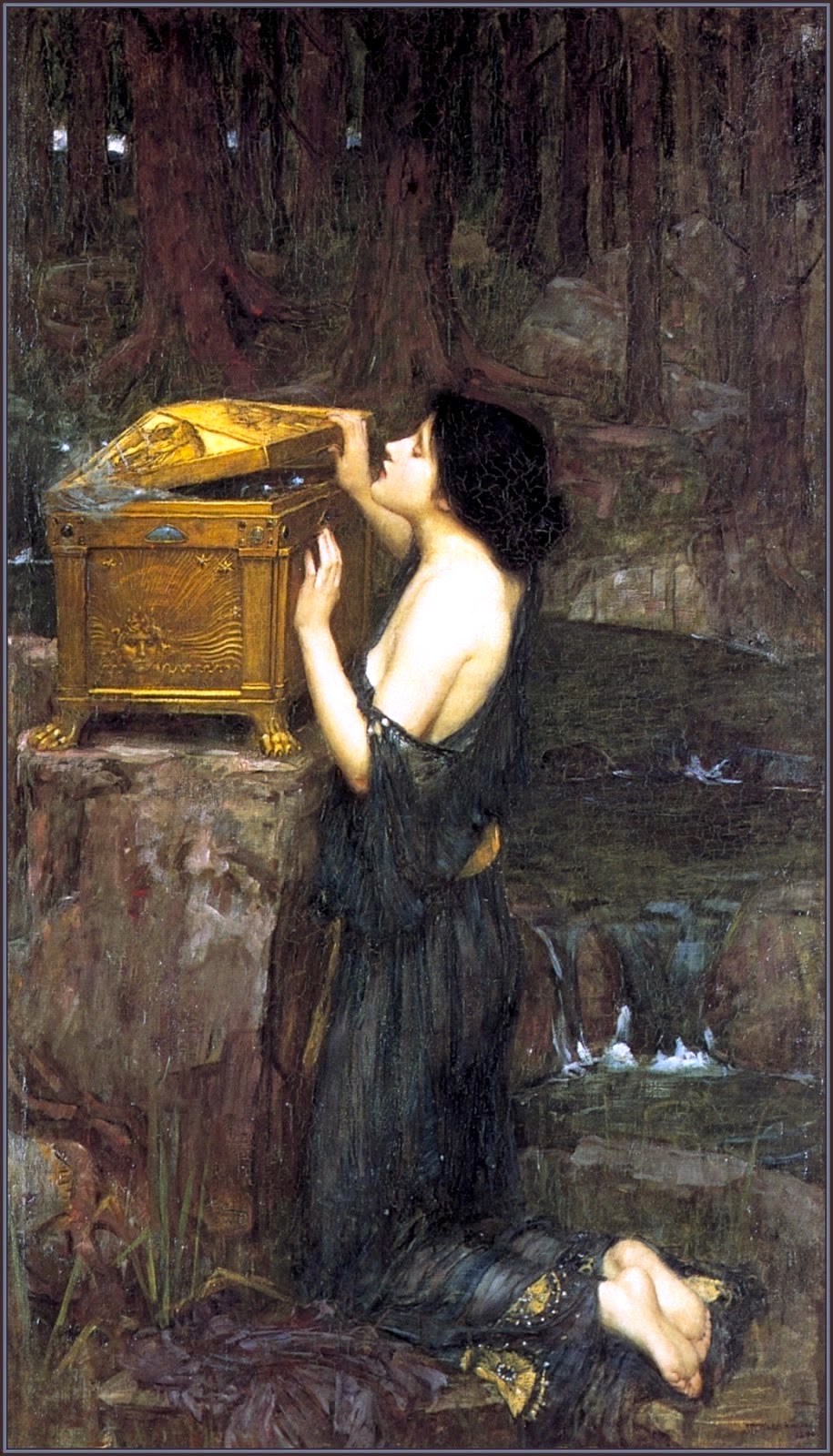 Pandora - 1896
Interesting contrast between the sketchy background/costume and the main subject matter. 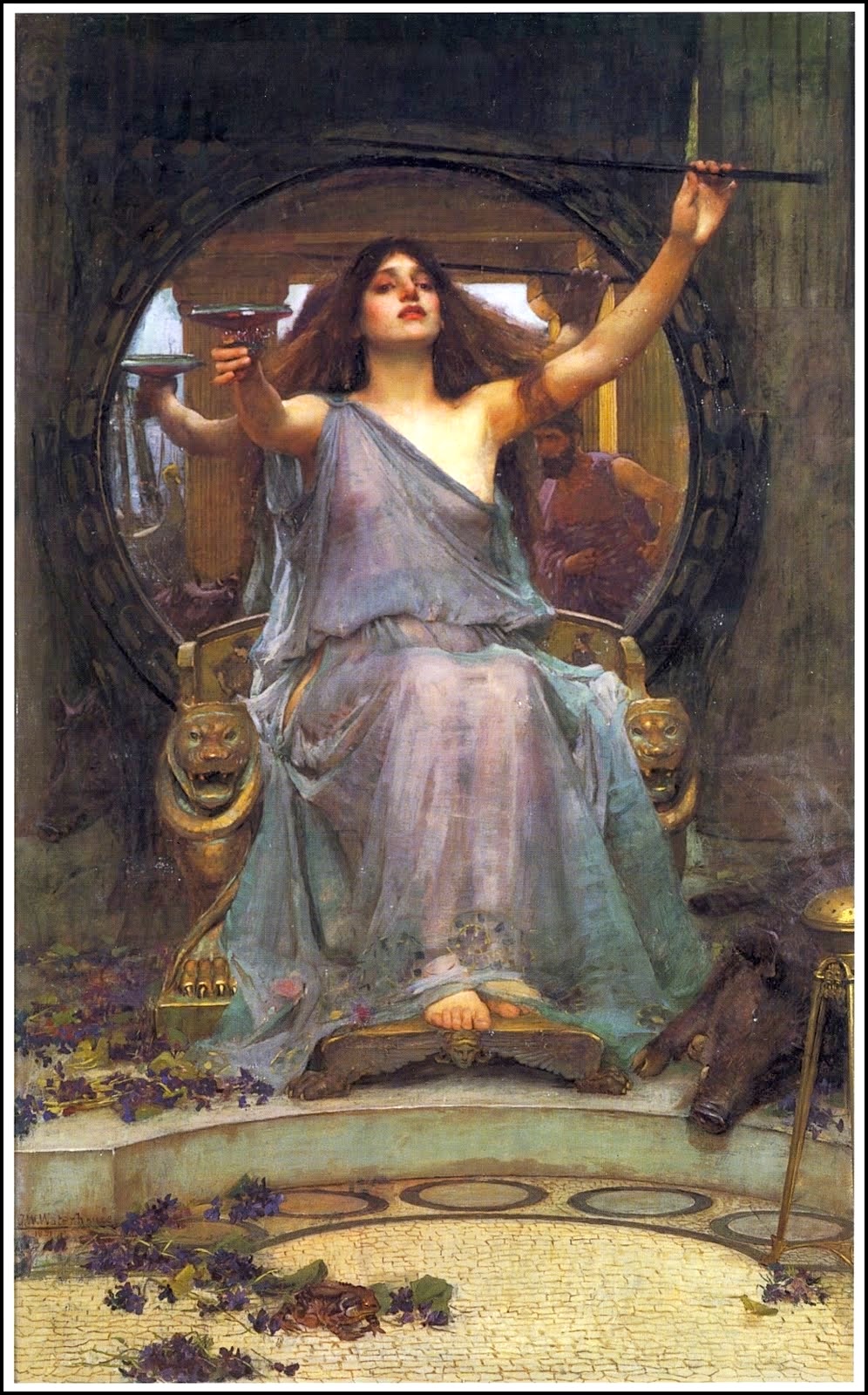 Circe Offering the Cup to Ulysses - 1891
Ulysses can be seen in the mirror.

Circe Invidiosa - 1892
A very striking image.  Waterhouse had the right stuff.
Posted by Donald Pittenger at 1:00 AM