Jeanne Françoise Julie "Juliette" Adélaïde Récamier (1777-1849) according to this Wikipedia entry "was a French socialite, whose salon drew Parisians from the leading literary and political circles of the early 19th century.  As an icon of neoclassicism, Récamier cultivated a public persona of herself as a great beauty and her fame quickly spread across Europe.  She befriended many intellectuals, sat for the finest artists of the age, and spurned an offer of marriage from Prince Augustus of Prussia"

The entry also mentions that her background and personal life were not as tranquil or conventional as her reportedly quiet, charming personality might have suggested.

Although she lived into the age of photography, I noted no photos of her in Google and Bing image searches.  In any case, any such photos would have been taken after her beauty had faded due to age.

Contemporary images of her in essentially chronological order are below. 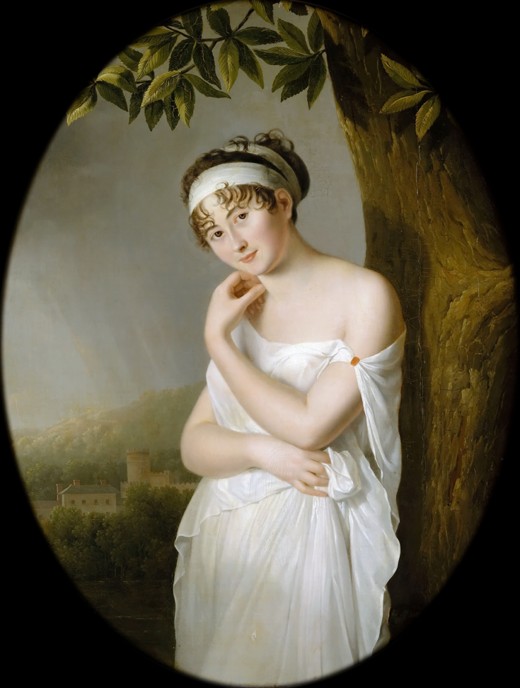 By Eulalie Morin - c.1789
Mme Récamier's face seems to have been characterized by hooded eyelids and a slightly long nose. 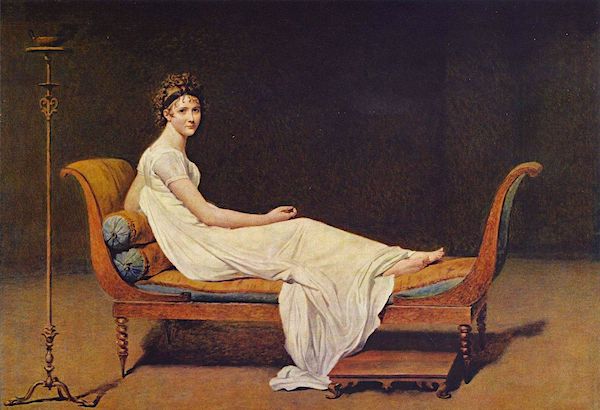 By Jacques-Louis David - 1800
This is the most famous portrait of her. 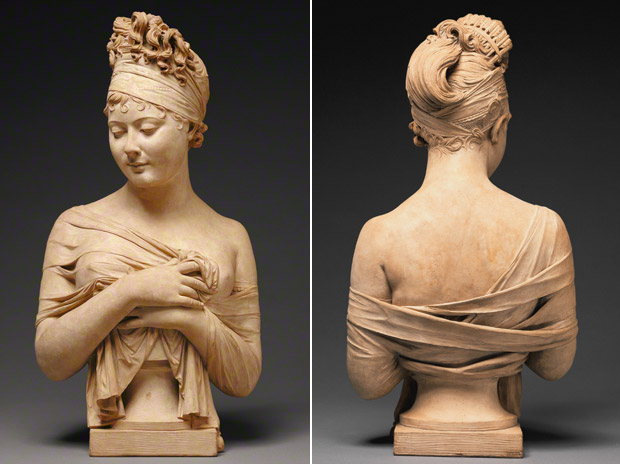 By Joseph Chinard - c.1802 - Via Getty
Going back to Classical times, I tend to regard sculpted portraits as being more accurate than drawings or paintings.  Here we find those hooded eyelids.  But her nose seems a bit shorter than in most painted portraits.  Even sculptors can choose to flatter their subjects. 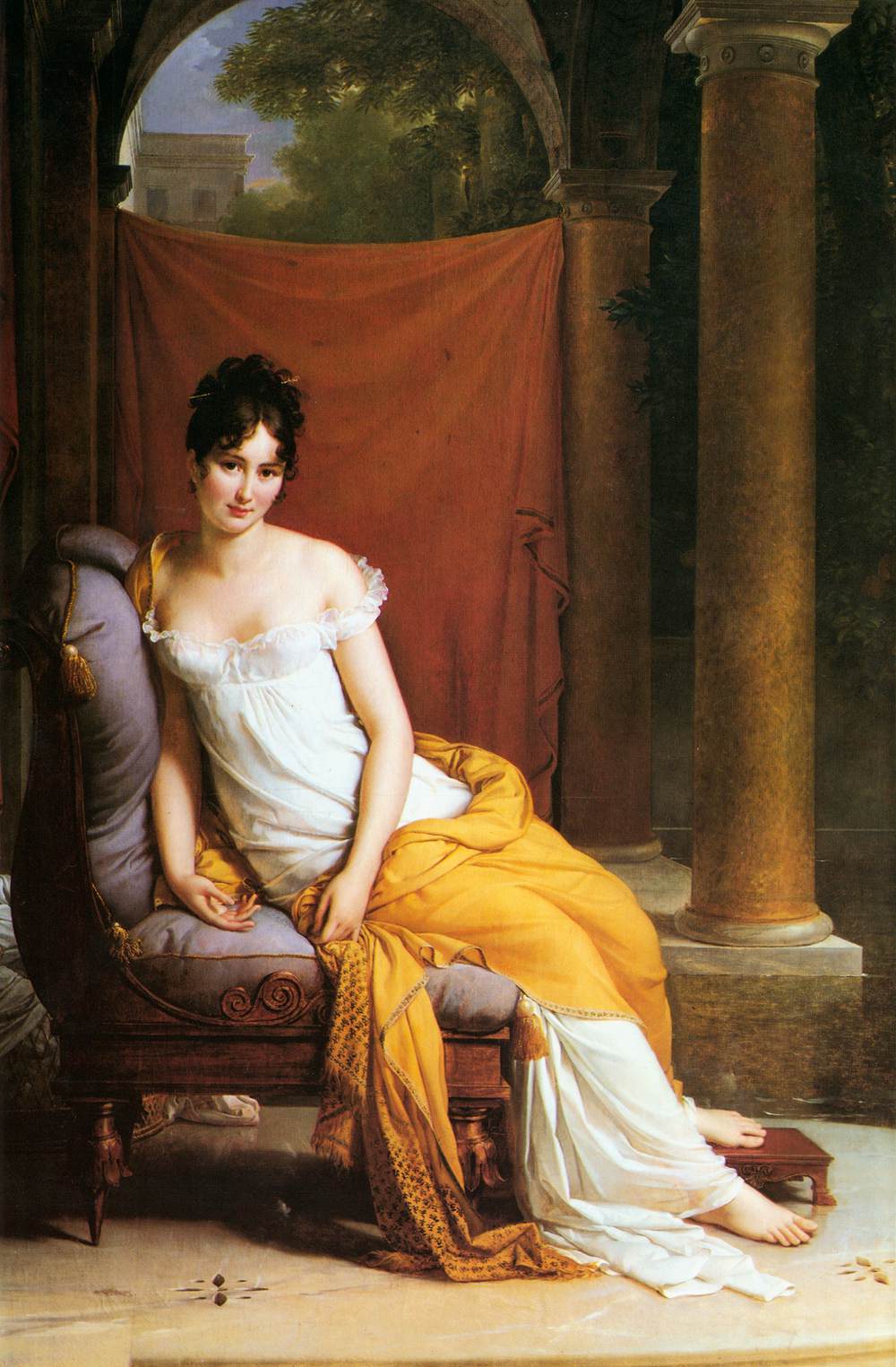 By François Gérard - 1805
The other famous portrait of her.  Her hair seems darker than in the two paintings above. 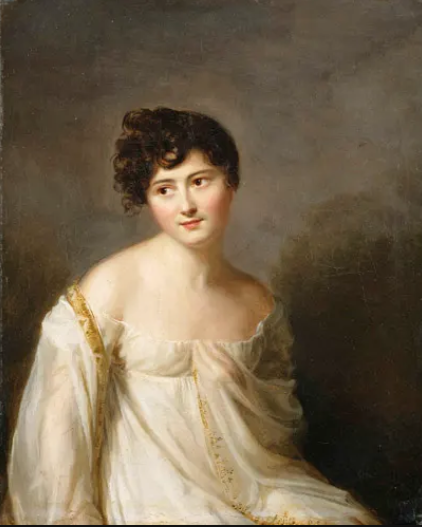 By Frimm Massot - 1807
She would have been nearly 30 when this was painted, but seems younger. 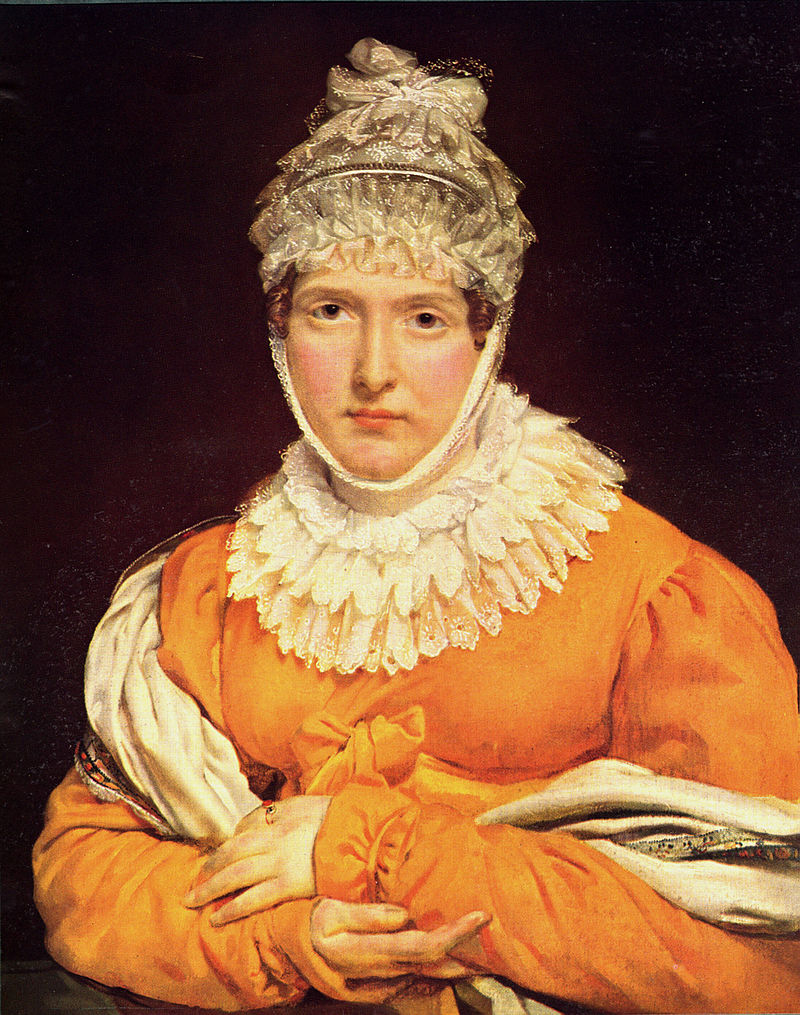 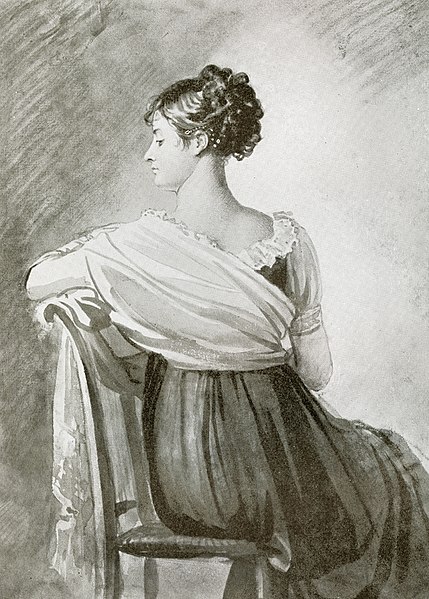 Portrait de Madame Récamier assise, vue de dos, dessin au crayon noir, lavis gris et rehauts d'aquarelle, par François Gérard - 1829
She would have been about 51, according to the date.  But Gérard has her looking younger: note the chin and neck.  He nose is more turned down than portrayed in the sculpture, but consistent with the Gros painting.  It's possible that this drawing was made before 1829 or that Gérard made the drawing from his memories of her.
Posted by Donald Pittenger at 1:00 AM