Georges Rochegrosse: Not Always an Orientalist 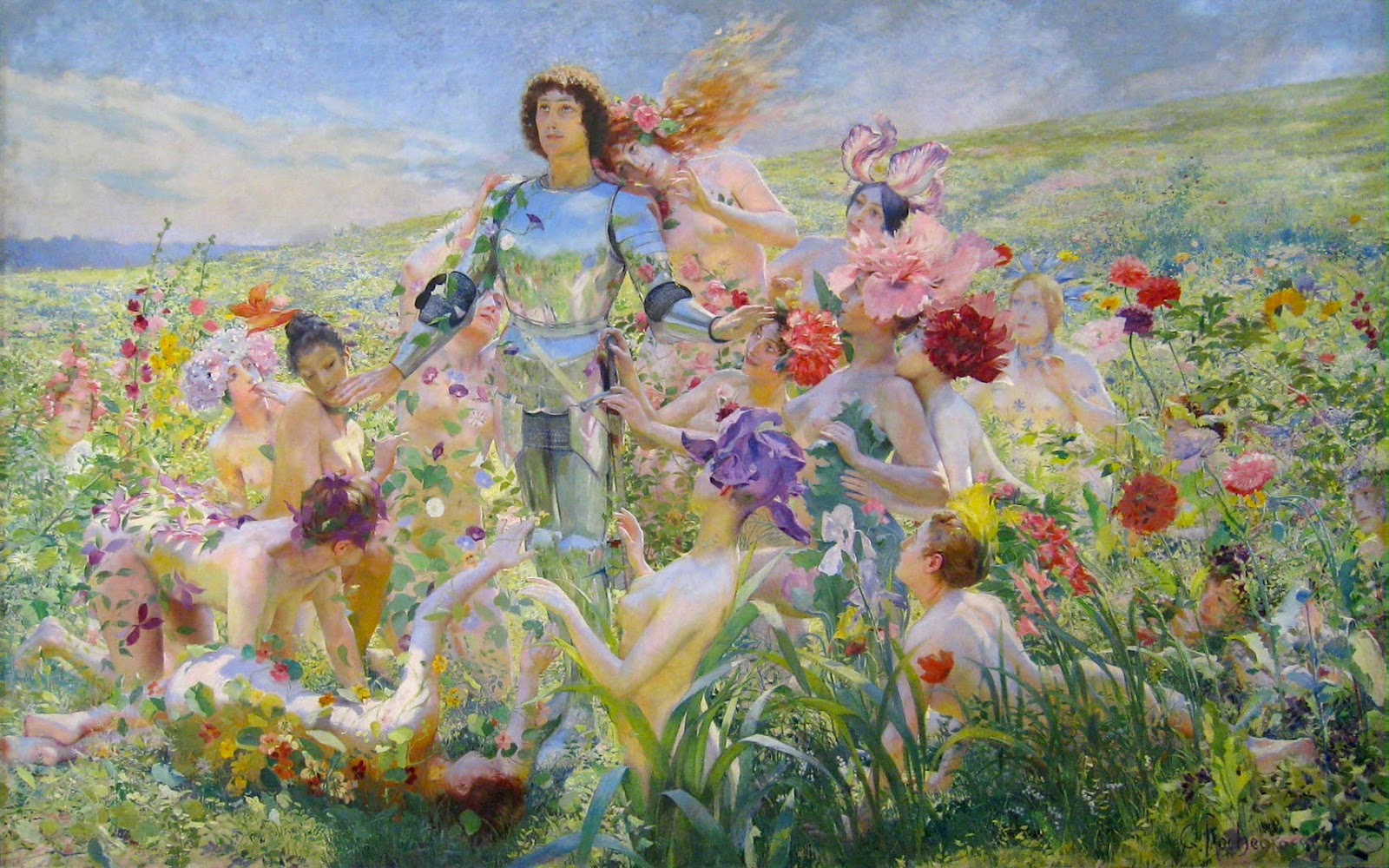 Le Chevalier aux fleurs - 1884
The painting shown above is by Georges-Antoine Rochegrosse (1858-1938) -- Wikipedia entry here.   It's perhaps his most famous work because it is huge and was hung in Paris' popular Musée d'Orsay the last few times I visited there.  According to the museum's Web site, it shows Wagner's Parsifal while on his quest:

"Rochegrosse depicts the moment when Parsifal, the chaste hero destined to find the Holy Grail, has just struck down the guardians of the castle of the magician Klingsor.  He moves away into the enchanted garden, deaf to the calls of the flower maidens, femmes fatales scantily clad in narcissi, peonies, roses, irises, tulips, violets and hydrangeas."

That Wagnerian subject aside, Rochegrosse is often considered an Orientalist.  Scenes of  North Africa and the Near East were popular in the late 19th century, and as best I can tell, the majority of artists painting those subjects were French.  That might be because France's colonial empire included Algeria, Tunisia and (later) Morocco whereas England only had strong influence in Egypt and Germany's colonies were in central and southern Africa.

Although Rochegrosse painted many such scenes and lived in Algeria for a number of years, he also painted non-Oriental subjects.  The images below sample both aspects of his career.  Click on them and the one above to enlarge. 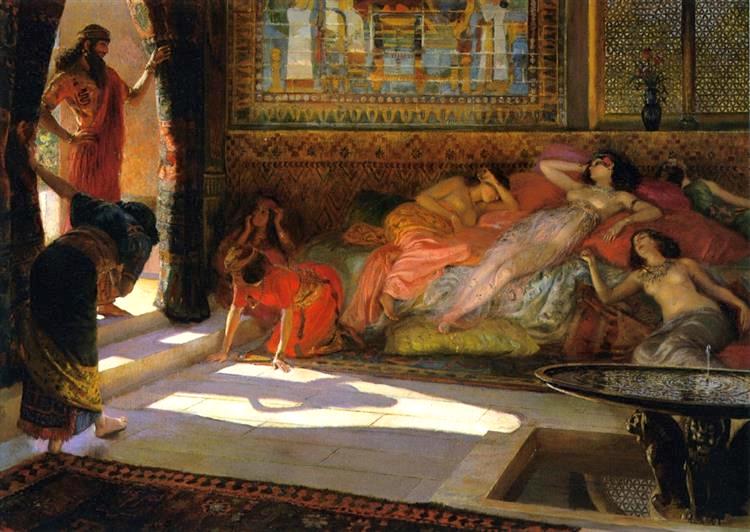 The Arab Guard - 1890
An Oriental scene that includes several partly-clothed beautiful women.  Rochegrosse painted many pictures featuring the same.  They can be easily found in images searches by Google, Bing, and other such Internet sites. 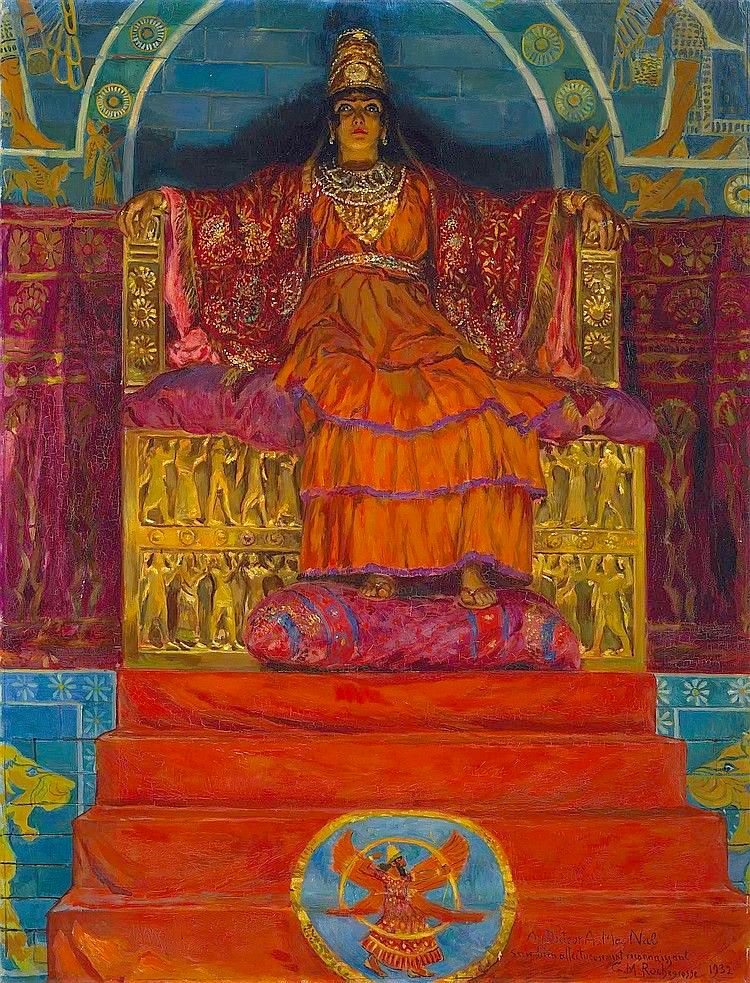 The Queen of Assyria - 1932
A late painting that might be classified as historical-Orientalist. 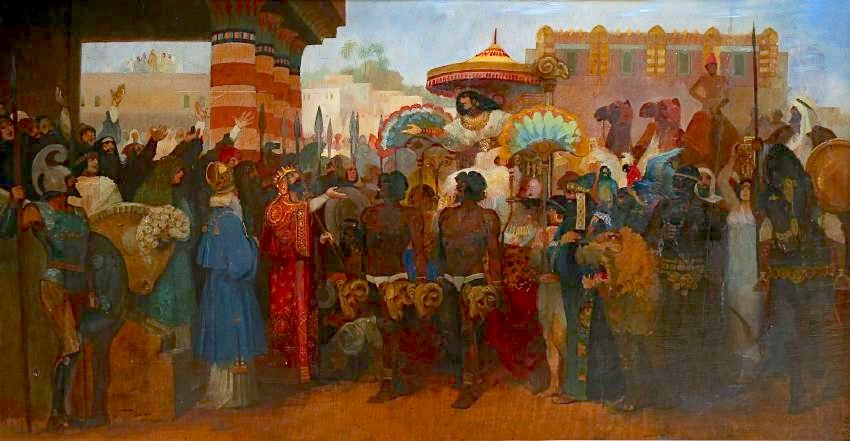 Arrival of the Queen of Sheeba
Another of the same ilk. 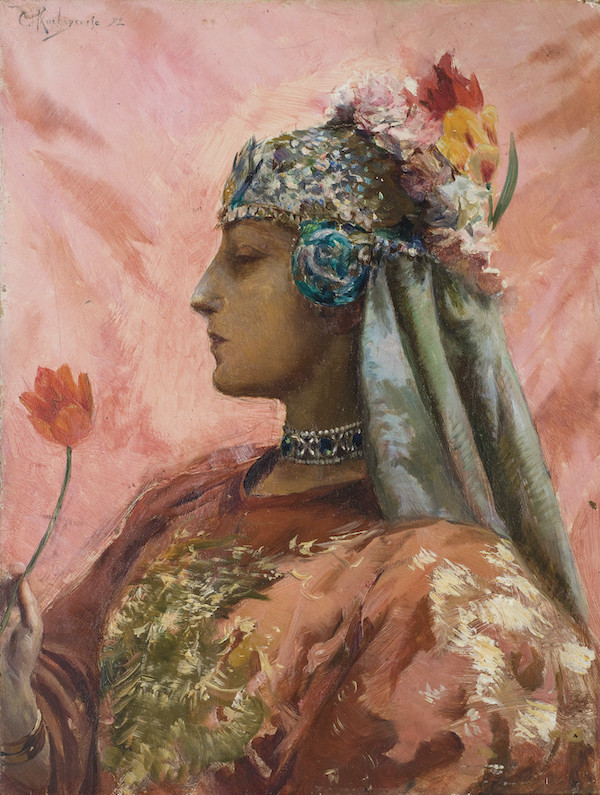 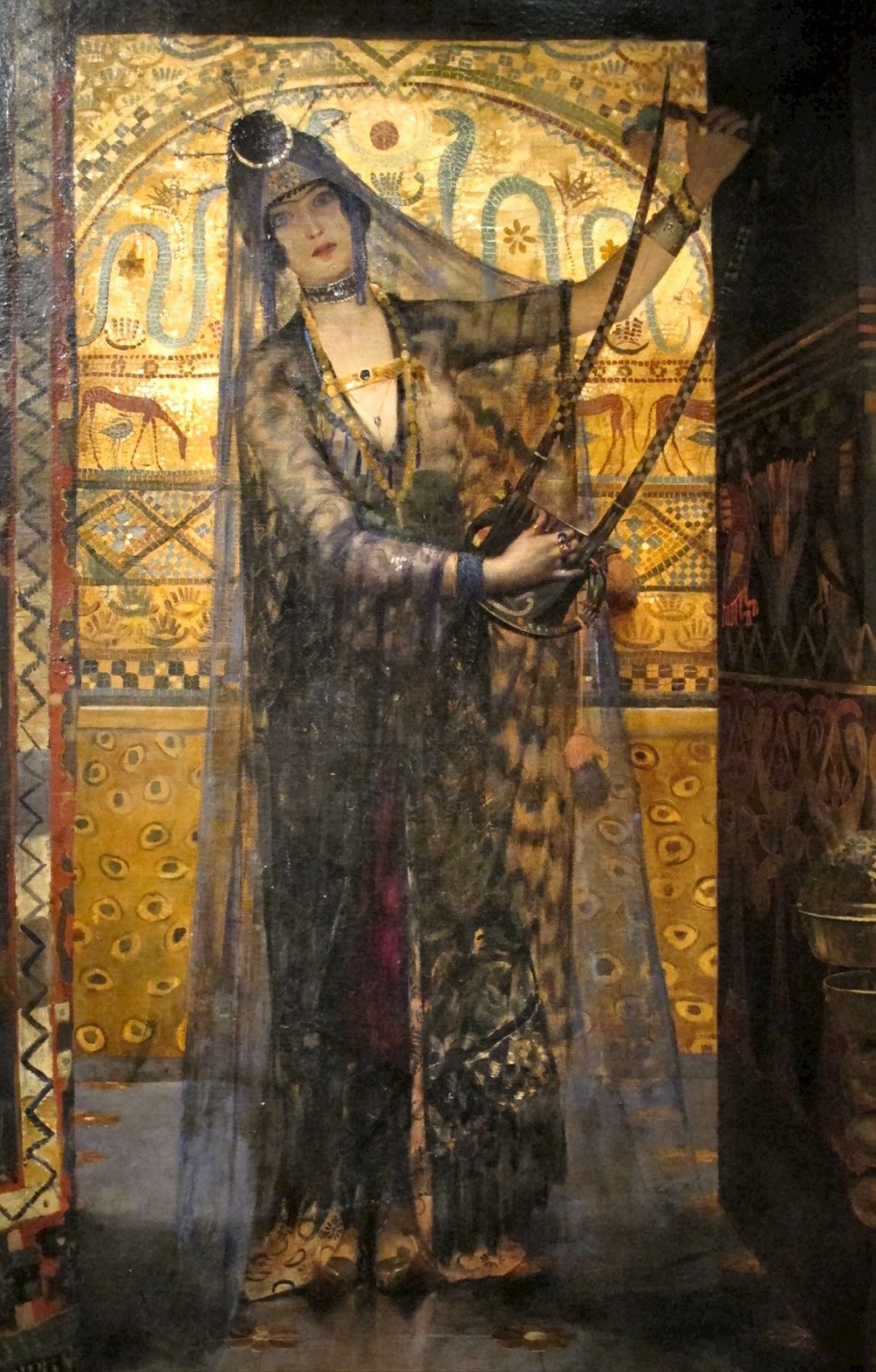 Salammbô
She was the fictional daughter of the Carthaginian general Hamilcar Barca, father of Hannibal -- and the subject of a sensational 1862 novel by Flaubert. 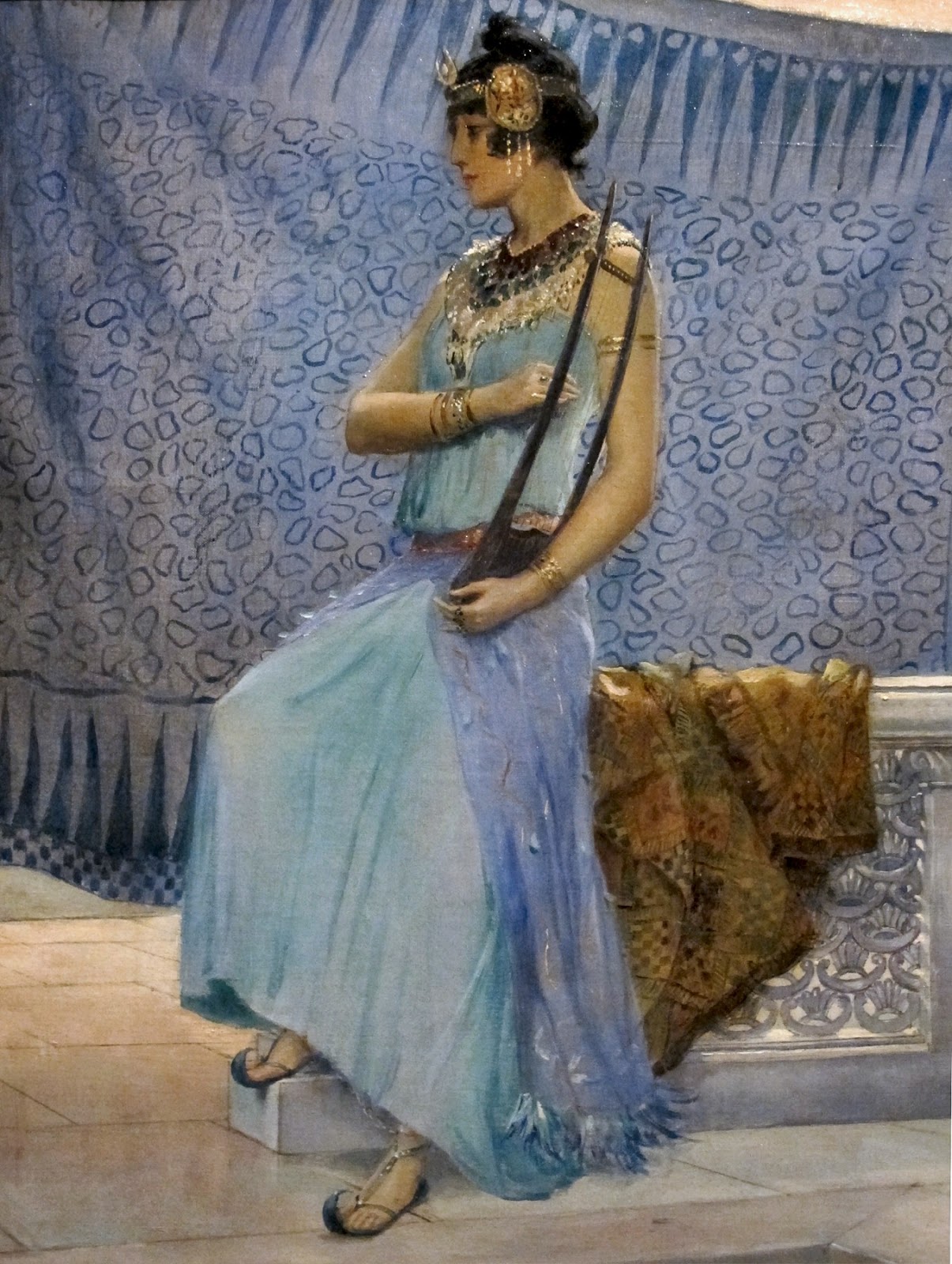 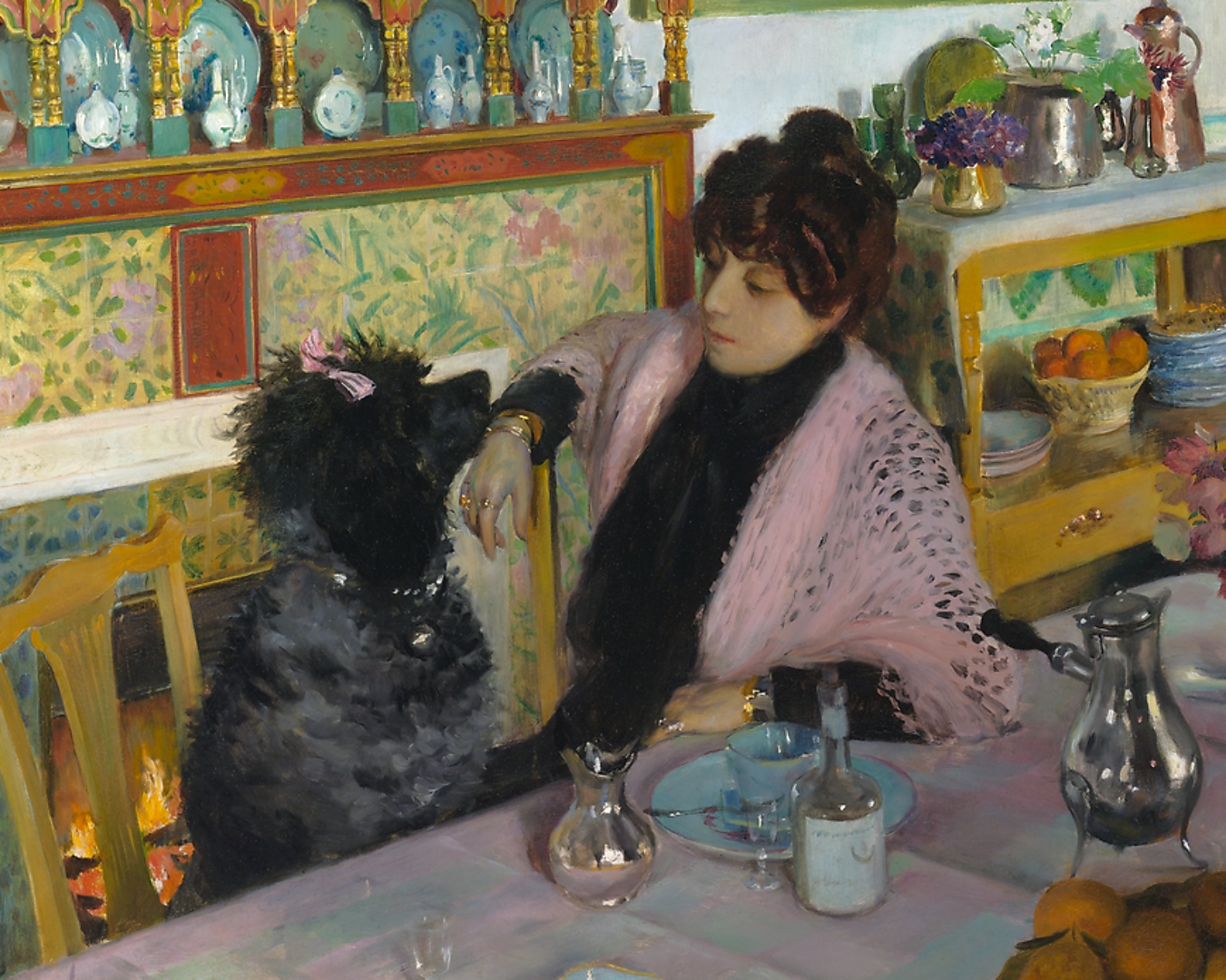 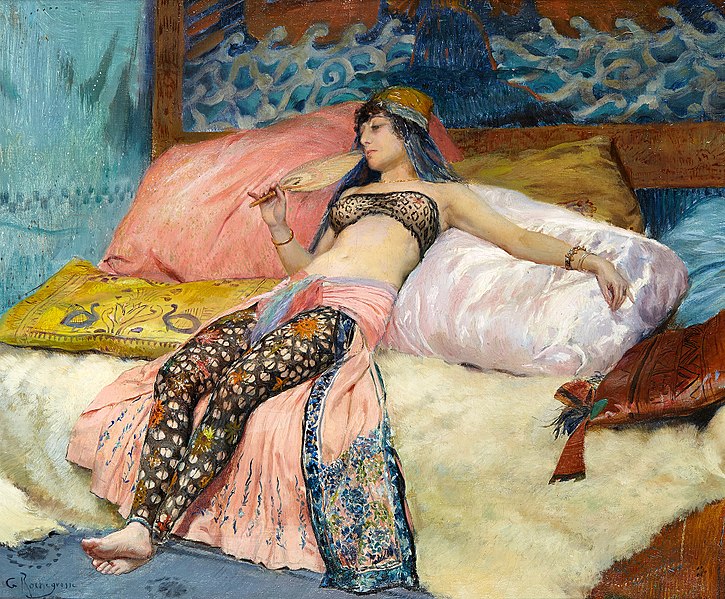 Sarah Bernhardt in Costume
This is one of two paintings he made of her. 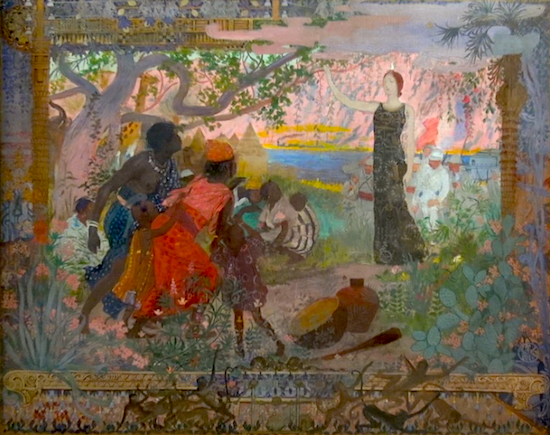 La France en Afrique, dit aussi La Conquête de l'Afrique - 1899
The caption roughly translates as "France in Africa, also called The Conquest of Africa."  Politically incorrect today, but true to its time.  The style is considerably different from Rochegrosse's usual -- it's flatter, with Impressionist and poster touches.  Examination of an image found in a book I have about Rochegrosse suggests the subject at the far left resembles a Tonkinese from French Indochina. 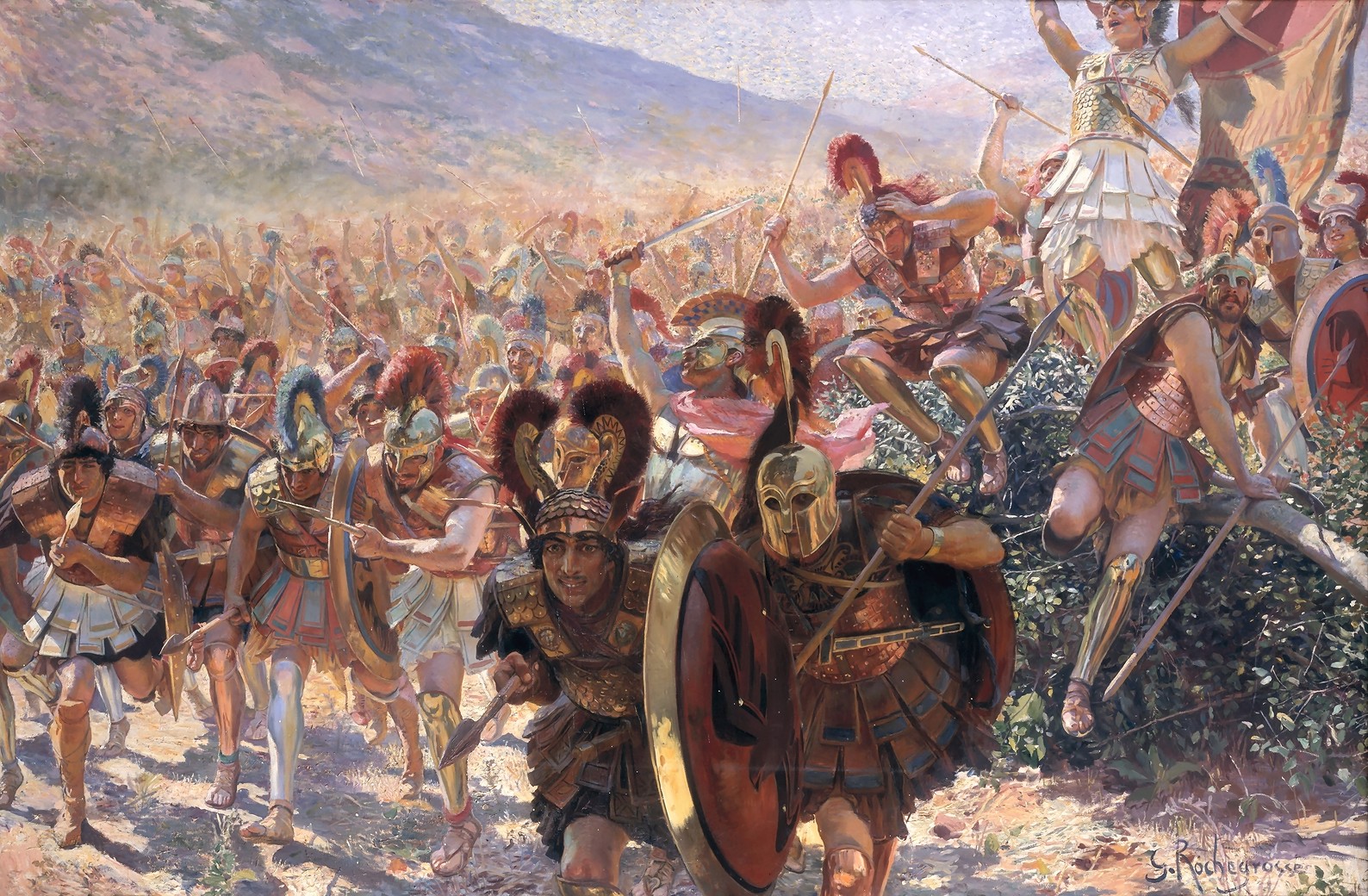 Les Héros de Marathon - 1911
An historical scene of Greeks defeating the Persians.  Its lighting reminds me of that in the painting of Parsifal.
Posted by Donald Pittenger at 1:00 AM