Several years ago on the 2Blowhards blog I wrote about illustrators and the subject of glamourous women. At one point I opined that famed illustrator Norman Rockwell couldn't really do glamour. One commenter wrote that I was wrong about that.

Recently I came to the conclusion that I was indeed wrong -- this after stumbling across some Rockwell illustrations that incorporated fine looking females.

Rockwell was, from a technical standpoint, a hugely talented artist. He could produce images of reality that were true to life and contained many nice painterly touches that are best appreciated viewing the original paintings rather than printed reproductions.

He also had limitations, and was aware of some or most of them. For one thing, he admitted to being uncomfortable about deviating from what he was able to observe. And, as someone noted (I forget who), the lighting of his subjects tended to be from the direction of the viewer. In other words, usually flat -- no chiaroscuro effects. He also tended to avoid indistinct edges, shadows that merged subjects into backgrounds and strong focal points. Focal points were more compositional than attained by painterly effects; his paintings were relatively uniform across the surface in terms of edging and detail treatment.

What I'm beginning to see as I come across more of Rockwell's work is that the characteristics just noted are found mostly in his covers for the Saturday Evening Post magazine, the vehicle for his fame. His story illustrations for other magazines and some of his advertising illustrations deviated in varying degree from the Post formulas he followed. It is here where one can find a less-familiar Rockwell. 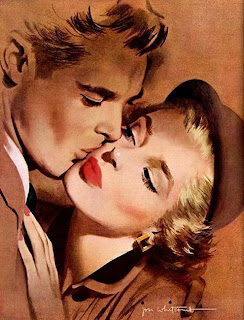 No, this isn't by Rockwell. The artist is Jon Whitcomb who was 12 years younger and one of the most famous "glamour girl" illustrators of his time (in-depth information on Whitcomb can be found here). I include this as a yardstick for evaluating the glamour quotient of the Rockwell illustrations that follow. 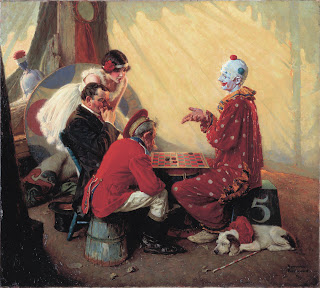 This is from the Ladies' Home Journal issue of July, 1929. Click to get an enlarged view and note Rockwell's treatment of the woman.

Here is another story illustration, this from the April, 1935 issue of American Magazine. The woman is attractive and the painting style noticeably different from his Saturday Evening Post practice. 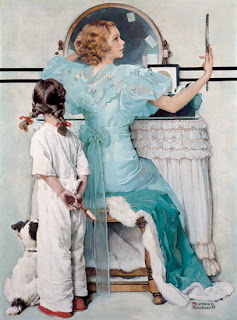 Now for some Post covers. This was painted for the 21 October 1933 issue. 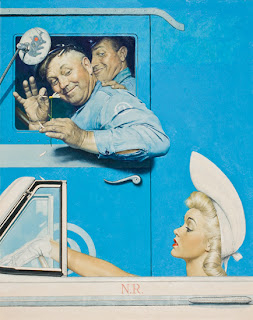 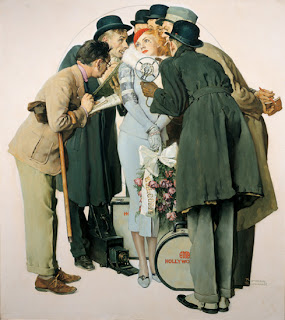 Rockwell goes Hollywood for the 7 September 1937 issue. In each of these illustrations, he goes beyond the "conventionally pretty girl next door" depiction most people associate with his work. The illustration below is conventional Rockwell. 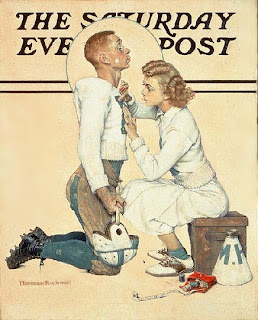 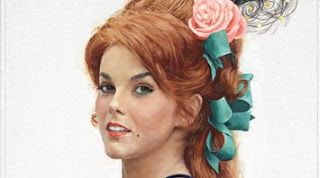 Finally, Rockwell really goes Hollywood in this 1965 illustration of Ann-Margaret as she appears in the remake of the movie Stagecoach.


As you (and now I) can see, Norman Rockwell could indeed do "glam" when he put his mind and paintbrushes to it. Even though it wasn't often.

Posted by Donald Pittenger at 10:09 AM