Not long ago I wrote a post speculating what French empress Josephine might have looked like, based on evidence from paintings and sculptures. Josephine lived before photography, so we have no evidence from that source.

Let's look at the matter of painted likenesses from another perspective. In an occasional series of posts, I'll present both photos and paintings (along with drawings where paintings are scarce) and we can have fun comparing them. I won't be giving out points for accuracy, however. That's because post-Daguerre artists have more freedom to interpret their subjects than might have been the case in the days where portraits were intended as documentation.

My first subject is Lady Ottoline Morrell, a colorful character, as this Wikipedia link indicates. There are a fair number of photos of Ottoline, but virtually no portraits by artists. A Google search turned up only three -- two of which (by Lamb and John) were done by artists who also were among her lovers. 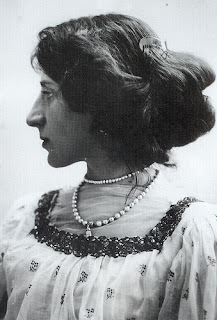 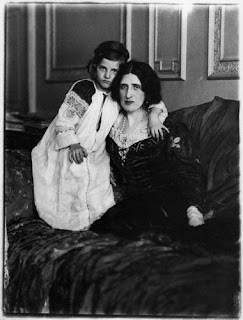 This circa-1911 photo shows her with her daughter Julian. 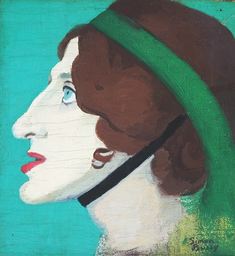 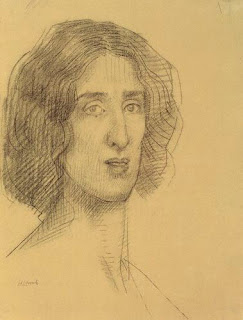 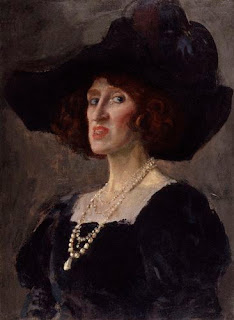 
The pictorial evidence suggests that Ottoline was hardly a "flash" female. But she had gobs of aristocratic family connections and might well have had a compelling personality; the link above mentions Bertrand Russell as one of those lovers, so she clearly was able to distract him from philosophy and mathematics.

Lamb's drawing was made when she was nearly 40 and strikes me as being being affectionate and perhaps a bit flattering. The paintings depict her in her late 40s and seem not at all flattering. Perhaps some day I'll get around to reading a biography of John where I might find out whether the portrait was painted before, during or after his fling with Ottoline.

Posted by Donald Pittenger at 12:05 PM