If asked to name a Norwegian painter, the name of screamin' Edvard Munch is what most people would come up with if they could dredge up the name of any painter from that corner of Europe at all.

Given that mainstream art history of the era 1870-1914 is so Paris-centric, it's surprising that even Munch was able to elbow his way into notoriety. This is not a good thing because artistic talent isn't and wasn't genetically Gallic; excellent painters were sloshing their brushes in turpentine and leaning forearms on mahl sticks elsewhere, even in remote Christiana (as Oslo was named at the time).

Which brings me to the family Krogh, father and son (plus a lesser-known grandson who I'll leave out of this discussion). Both Kroghs were painters well known in their native Norway who married attractive wives who led frisky lives in other men's beds. Those curious for details can consult the following links, though I'll add a tidbit.

I didn't know this until researching this post, but Per was a muralist whose most noteworthy work adorns the chamber of the United Nations Security Council. The mural was a gift from Norway to the U.N. and I wonder if the Norwegian Trygve Lie, Secretary General in 1952, the year the gift was made, had a hand in the transaction.

Per married Cécile "Lucy" Vidil (1891-1977) who went on to become the off-and-on mistress of the Romanian painter Jules Pascin (1885-1930) who dissipated himself, leaving his wife and Lucy to tidy up his artistic estate.

Now for a glance at the Krogh's art. 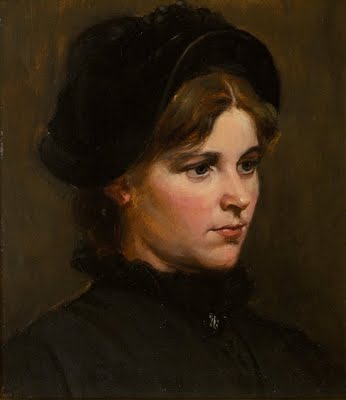 Christian - Portrait of a young woman
I don't have a date for this, but by its look it likely was painted early in his career. 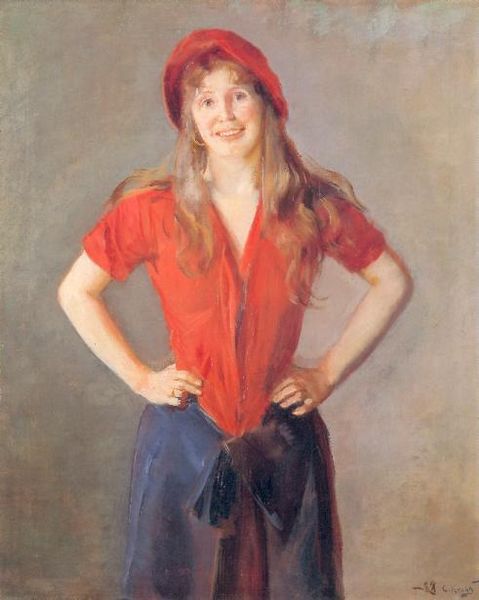 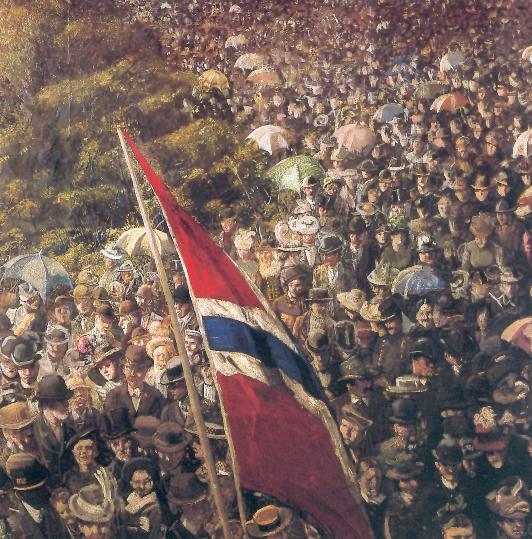 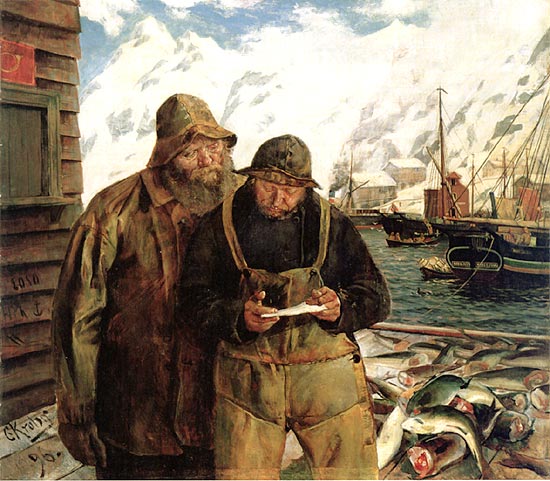 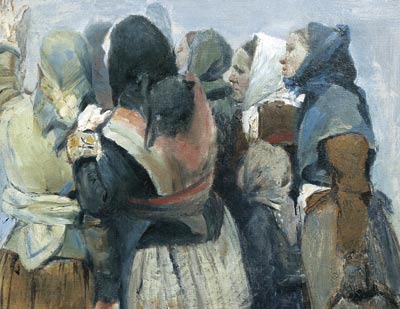 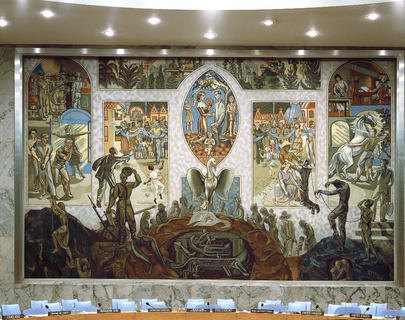 Per Krogh was part of the Paris avant-garde artistic social scene and, judging from the few examples of his work that I could find on the Internet, was one of those painters with realist leanings who added modernist-inspired touches to maintain credibility in his social milieu. Given the honors presented him in Norway, I hope there was more to him than the hack-work U.N. mural and the modernist-mannered one in the Oslo hotel.

Christian was better -- good even, though his choice of everyday subjects tugs against our tendency to evaluate paintings by the importance of their subject-matter.

Posted by Donald Pittenger at 2:54 AM

"our tendency to evaluate paintings by the importance of their subject-matter": really?

dearieme -- That's a subject for a separate post -- maybe a series of them. But, briefly, for those of an age where postmodernism wasn't the norm, I suspect that there's an influence (cultural or trained) to regard a large painting of an historical, religious or mythological subject as being somehow more "important" than a landscape, still life or genre scene such as C. Krogh painted. This was roughly the art establishment subject-matter hierarchy in the 19th century, and we are still experiencing its half-life, even as only a slight tug.

Not to say that most of us aren't perfectly happy with landscapes, portraits, etc. But when facing a paintings with a "serious" subject, I suspect that many of us are prone to take it more "seriously."

Thank you for highlighting this issue.

I've always been rather repelled by "religious or mythological" subjects. Whether that's a matter of their period, or of their typically florid and overwrought style, I'm not sure.