Charles Rennie Mackintosh (1868-1928) the famed Art Nouveau era architect was better appreciated in Vienna and elsewhere in central Europe than he was in his native Scotland. The coming of the Great War which snuffed out contact with his admirers, along with the rise of what became known as International Style architecture, led to the collapse of his career, such as it had been.

He and his wife, the designer Margaret MacDonald, scraped by during the war and then, thanks to an inheritance from her mother, explored places to live that would be less expensive than London and better for dealing with her asthma. So they began an exploratory trip in 1923 that resulted in a move to the South of France.

From 1924 to 1927, when Mackintosh's cancer became evident, they lived on the Mediterranean coast in Port-Vendres which is about 10 miles (16 km) north of the Spanish border and not all that far from Salvador Dalí's stomping ground.

By this time Mackintosh had become a full-time watercolorist. Besides the coast, he frequented the nearby eastern tail of the Pyrenees with its combination or terrain and picturesque villages whose buildings must have appealed to his architectural sense.

Below are examples of this work. 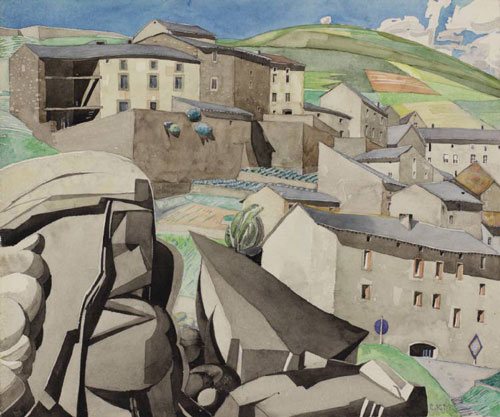 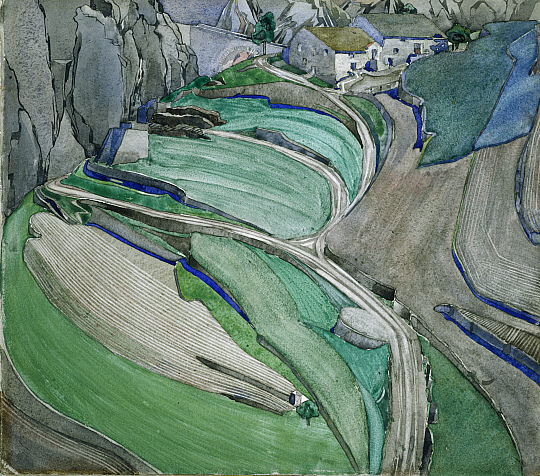 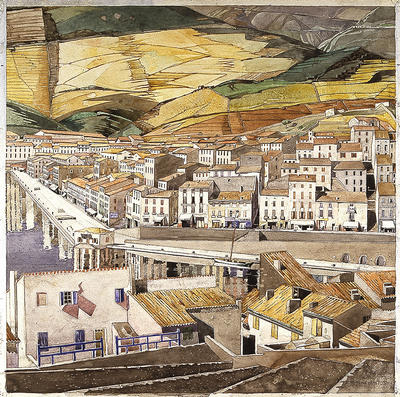 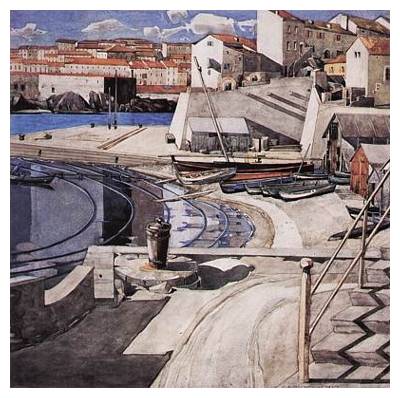 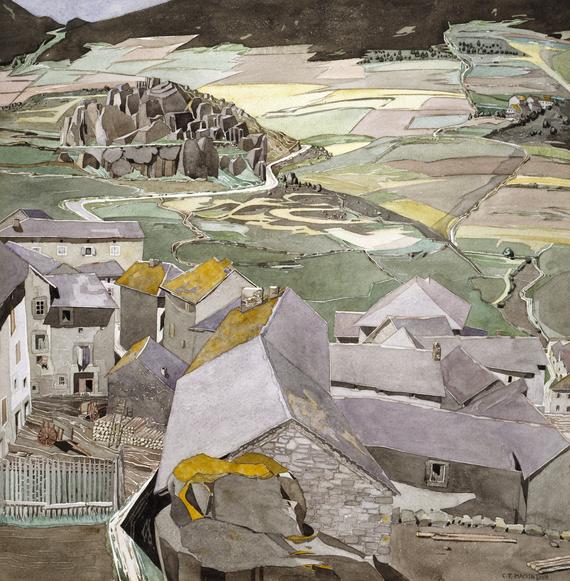 I've only seen reproductions and not originals. But what I see is pleasing. It pleases me because of the hard, faceted, structured look and the strong compositions (Mackintosh was an architect, after all). Not what one thinks of when the concept "watercolor" comes up.

He's very popular in our house - we once had a day out in Glasgow just to admire his architecture and furniture. Delicious stuff.

Also, you can buy packs of postcards illustrated with his work.

dearieme -- I've been in Glasgow and made a point of seeing his School of Art building. Didn't make it to the tea room or Hill House, however.