I'm sure waifs are fine people. Salt of the earth, they.

However, despite their charm and other exemplary qualities, I can't get enthused about paintings featuring waifs. Don't necessarily hate those works, mind you -- it's just that I can't seem to move my appreciation needle into the positive zone.

Back during the 1960s waif art was dominated by Walter Keane who painted waifs of various types in assorted settings who stared with large, sad eyes directly at the viewer. Except that Walter Keane didn't actually do all the paintings or maybe didn't do any, his signature notwithstanding. It was his wife Margaret who did the grunt work. Perhaps her waifs were tying to tell us something that eventually required a court of law to sort out. (The Wikipedia entry on Walter offers some of his side of the issue, in case you might be interested.)

Waif art has been around longer than the Keanes, confirming that there indeed is and has been a market for it. So I straighten my back, click my heels and give that market a hearty (if uncomprehending) salute and turn you over to a galley of waifs dating as far back as the 19th century. 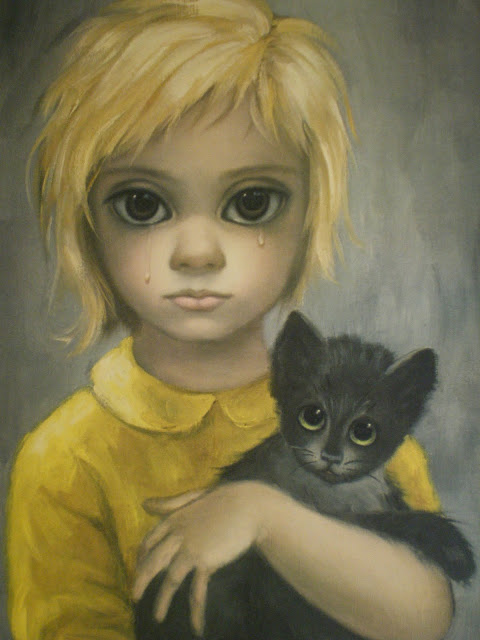 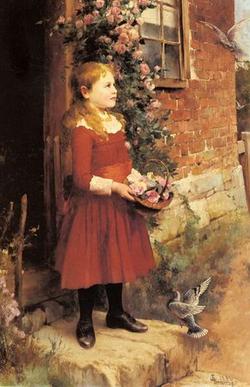 The Youngest Daughter of J.S. Gabriel - Alfred Augustus Glendening
Probably not a true waif, though the house looks pretty rustic -- or seedy, even. 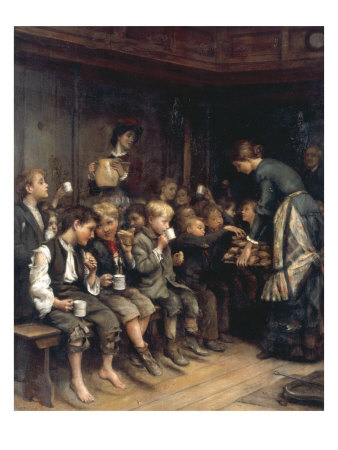 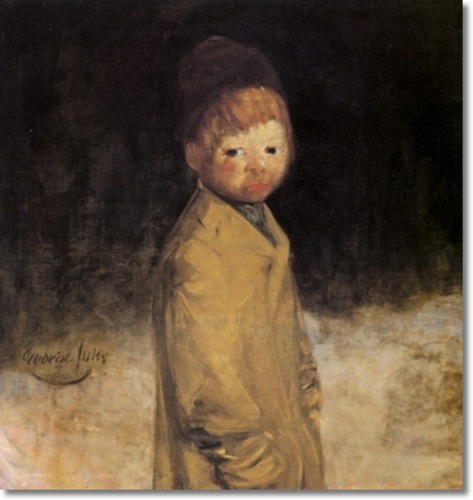 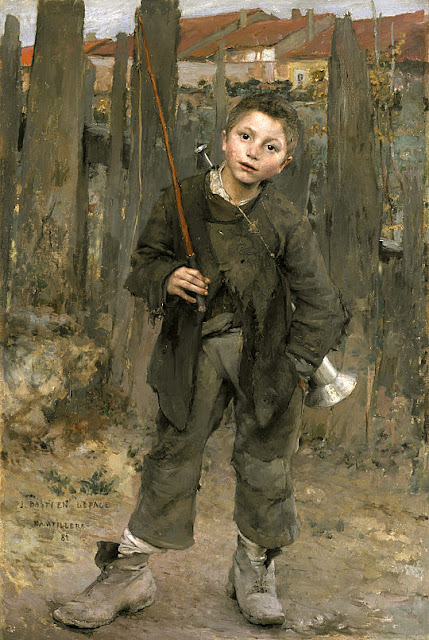 Posted by Donald Pittenger at 2:48 AM

Pass me the sick bucket.

Peter -- Waifs have been around longer, of course. But I know zilch about anime and manga and can offer no serious help.

The characters do have larger eyes than the typical Japanese, so I'll theorize that the eyes are the way they are because either (1) they are more expressive or (2) this makes anime more marketable outside Asia (i.e., in those Japanese-make cartoon programs my kids used to watch on TV when they were grade school age). Or maybe both theories have some validity.

Thank you for catching the resemblance: it hadn't occurred to me.

Don, I agree with you about waif art. It's difficult to understand Margaret and Walter getting in a tug of war over such bad art. It was interesting to read Walter's perspective but I'm afraid he left out a few things. Walter was known for being domineering and when Margaret fled the marriage, he was the one who tried to block her from using the name or from painting kids with big eyes. Margaret's only possible method of proving her case was to paint side-by-side in front of witnesses. Ultimately, it was an independent judge who ordered Walter to paint for the court, and apparently was unimpressed with Walter's "sore shoulder" excuse.