Anders Zorn: When Not Painting Portraits and Nudes

The reputation of Anders Zorn (1860-1920) continues to climb along with those of his friends John Singer Sargent and Joaquin Sorolla, each of whom made a good living painting portraits while doing other painting on the side, sometimes for cash and otherwise simply for the enjoyment of doing it. There are two major Zorn exhibits in the United States in 2013. In the first part of the year was one held at the Isabella Steward Gardner Museum in Boston, and starting in the fall is one at San Francisco's California Palace of the Legion of Honor.

Biographical information on Zorn can be found here and here.

As mentioned, Zorn was a leading portrait painter. He is also known for his etchings and the many paintings of nicely padded young, nude Swedish women in the outdoors. As I recall, one of the essays in the Gardner exhibit catalog mentioned that Zorn didn't seem interested in painting still lifes. And a quick scroll through Zorn images on Google suggests that he didn't paint many pure landscapes either; his outdoor scenes normally included people -- especially those nudes. But he did manage to paint some genre scenes. Here are a few: 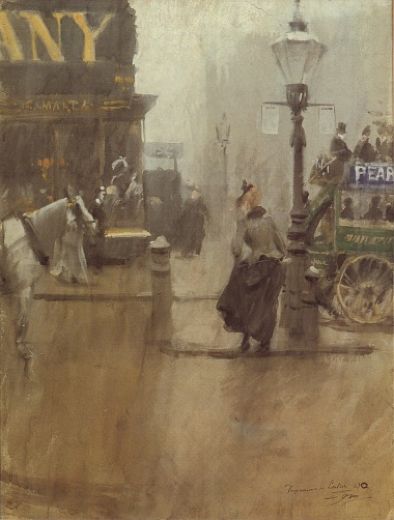 Impressions of London - c.1885
Could this be of one of those notorious "pea soupers" that used to plague the city? 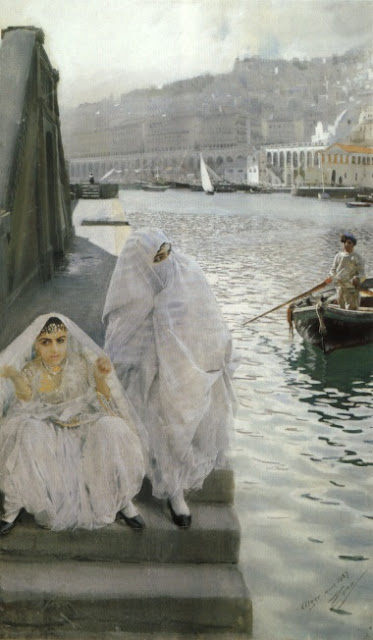 In the Harbor of Algiers - 1887
Yes, the place still looks something like that as best I remember. But instead of those women, what I mostly noticed were tourists embarking and debarking Spanish ferries. 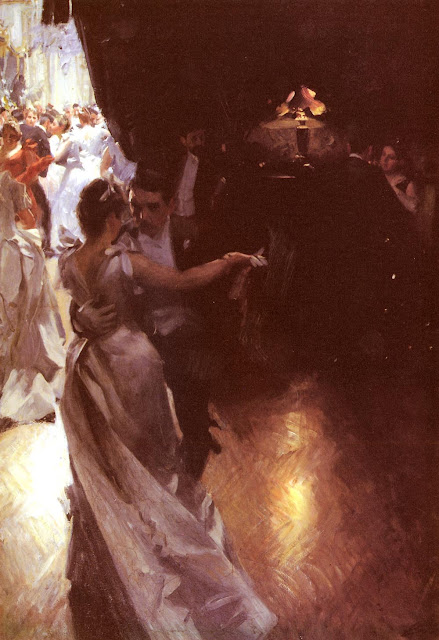 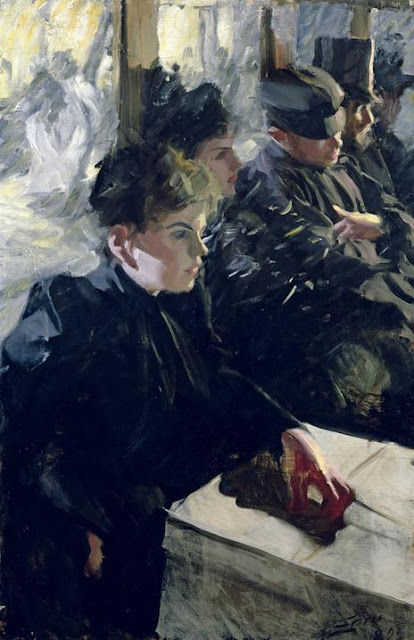 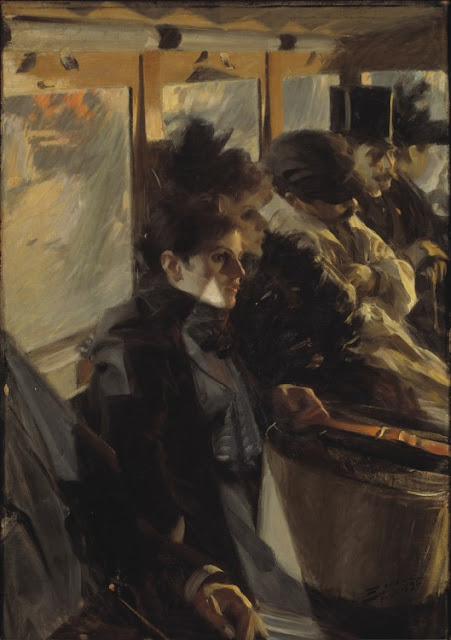 Omnibus (2nd version) - 1892
Passengers crammed into a Paris horse-drawn omnibus must have fascinated Zorn because from this setting he made at least several studies, two paintings and one etching (of the final painting). I think his depiction of the beam of light on the cheek and coat of the women in the foreground is a brilliant concept well-executed. 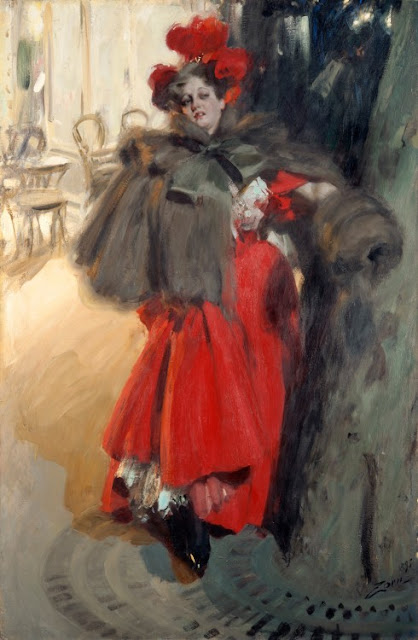 Night Effect - 1895
This painting was controversial in its time because the subject was (or was thought to have been) a drunken prostitute. 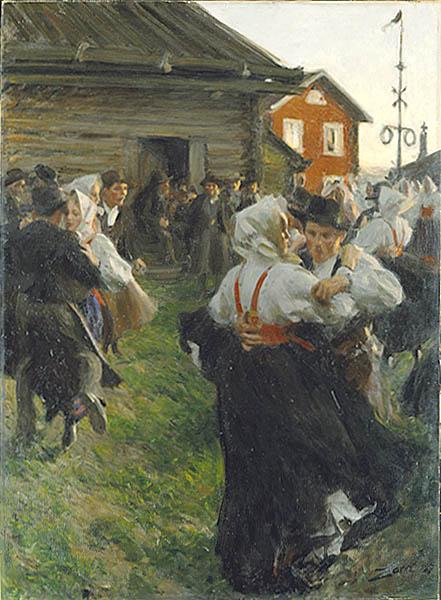 Zorn painted some fabulous themes. My only gripe would be his watercolours look to much like oil. He did not get the transparency about the medium. Unlike Sargent, who quite well captured it and Turner was master of.

Albert -- The term "watercolor" has a broader meaning than I once thought. Until a few years ago, I thought of it in terms of transparent water-based paints. But now I find that a number of sources consider thicker water-based paints as "watercolor." And, even the watercolors we consider watercolors can be applied thickly. I plan to visit the San Francisco Zorn exhibit in November, and will give any "watercolors" a close look in an attempt to figure out what he was using and how he painted with it.

John Ruskin who got me thinking into watercolor at the time, and even further into Bodycolor, which until then I did not hear of it. Which today I believe we call Gouache or something rather close. Ruskin painted some most charming Crab pictures in bodycolor they just beautiful. They seem to take on a opulent quality to them. Anyhow, that sounds great on you going to the Zorn exhibit...I'd sure love to be there also. If you do take some good pics, it would be nice to see them here.