Olga Boznańska (1865-1940) was born in Kraków (then part of the Austro-Hungarian Empire, now in southern Poland) and died impoverished in Paris, where she seems to have spent much of her career. Her Wikipedia entry is here, and a much more detailed biography here.

The second link states that Boznańska was not as honored in Poland as she felt she should be. That problem seems to have been corrected posthumously, because (at least when I visited a while ago) part of a gallery in Warsaw's National Museum was devoted to her work. The National Museum in Kraków also had examples of her work on display.

Boznańska trained in Munich and Paris and soon was influenced by Impressionism and Post-Impressionist painting. Much of her career was based on portraiture, and she incorporated as much of those approaches as she could, given the need to have her depictions recognizable people. My opinion is that Impressionism, in its extreme form at least, is barely compatible with portraiture and not worth the trouble of trying to combine the two.

Below are examples of her work up to 1906. Examples of later work are hard to locate in a Google Images screen dump, possibly because none stood out as being interesting. 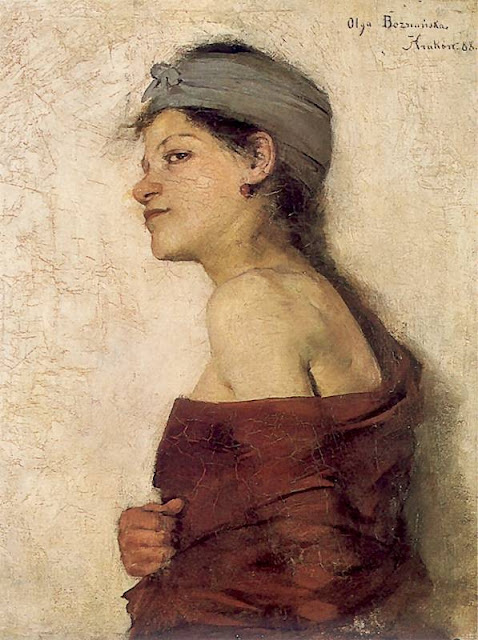 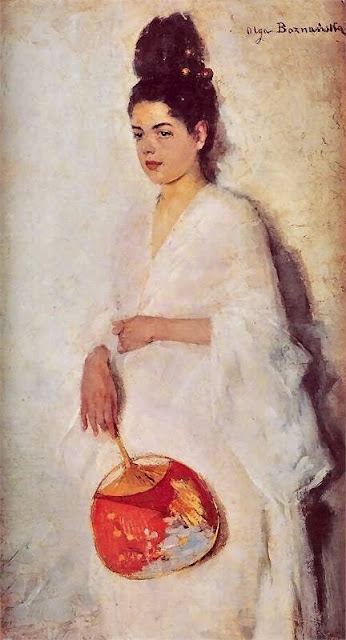 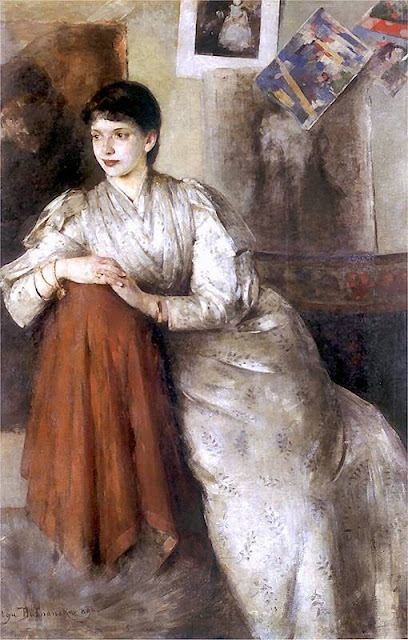 Woman in white - 1890
These paintings are essentially Impressionism-free. 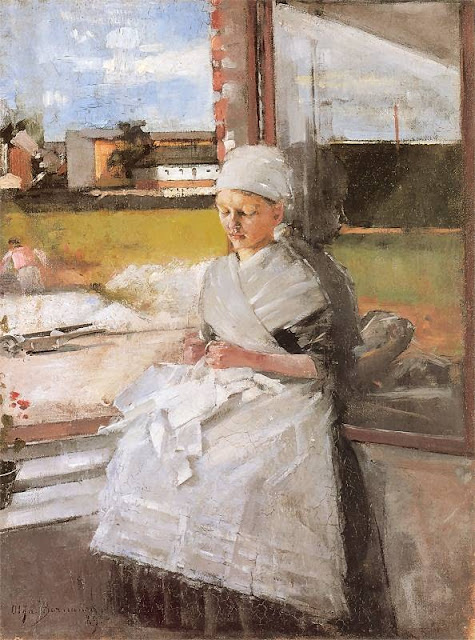 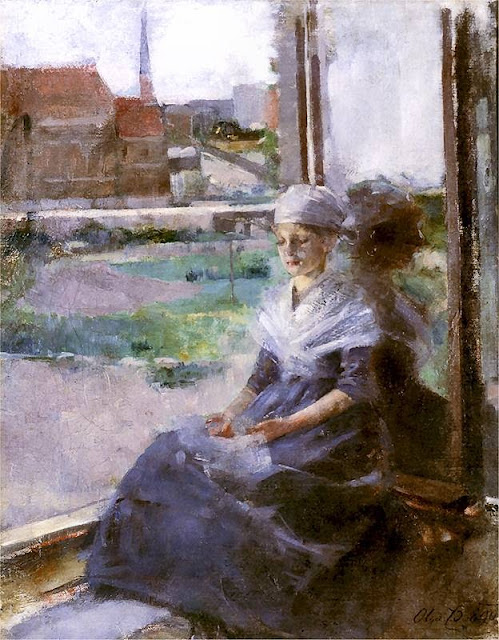 Bretonka - 1890
Portraits of a young Breton woman (or perhaps of different people who look similar) painted a year or so apart.  The first painting uses comparatively clean, definite brush strokes, whereas the second one has a more Impressionist feeling. 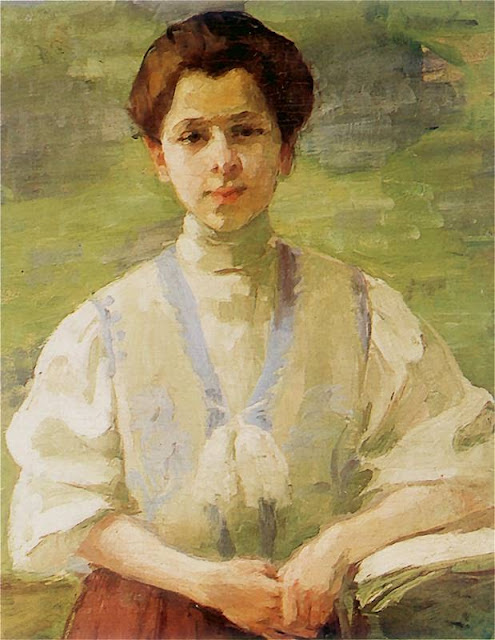 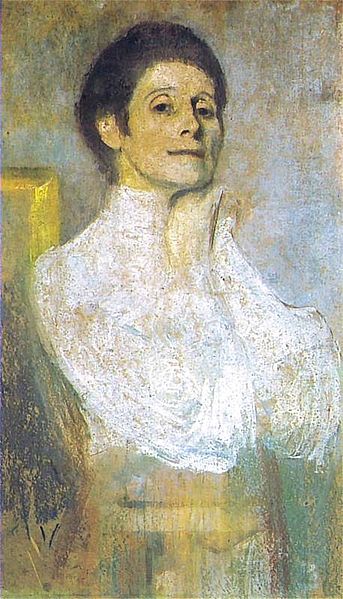 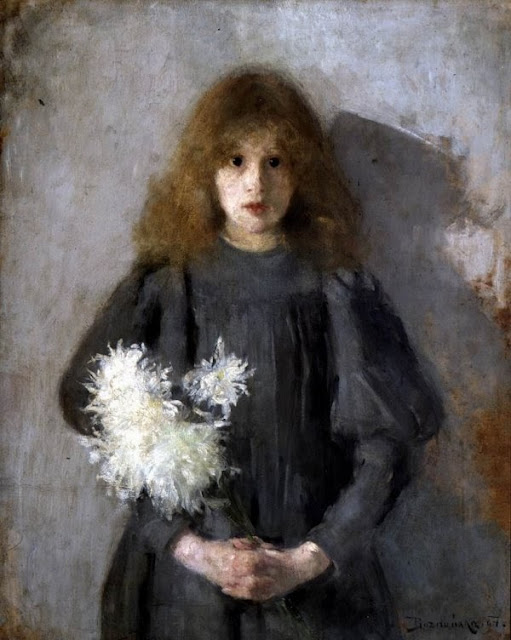 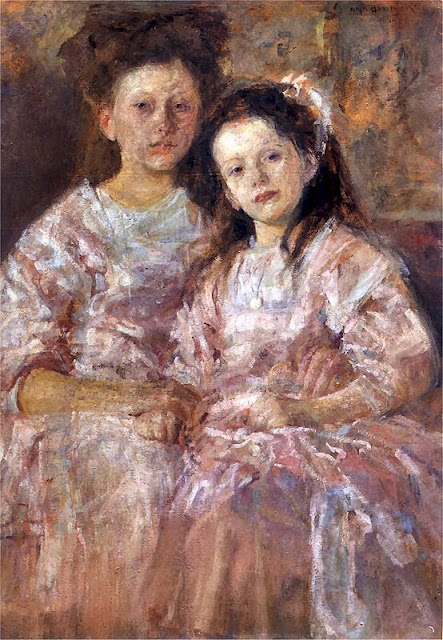 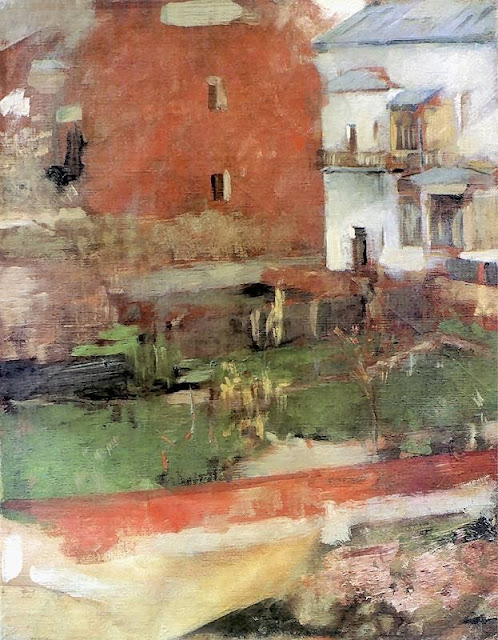 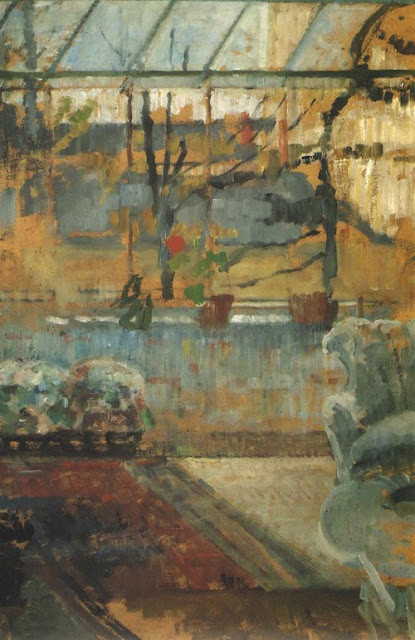 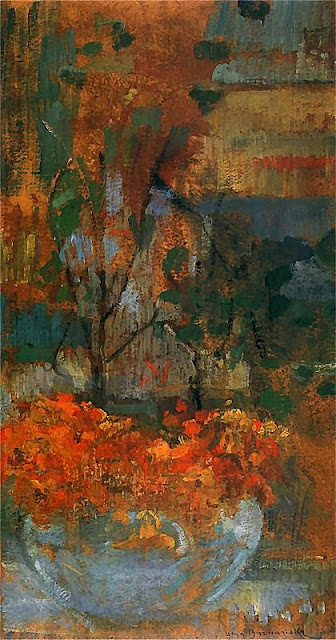 Nasturcje - 1906
Above are various non-portrait works where Impressionism is more at home.

"died impoverished": perhaps the price she paid for failing to flatter her subjects?

That is really sad. But then how many more artists at that time died the same way. Mancini comes to mind. Her portraits run circles around most of todays artist. I like that she seemed to have painted from relative values and not so much absolute.