In the Beginning: Howard Terpning

People have differing opinions regarding when New York City went to hell (I say it was around 1965) and the same goes for what span of years represented the Golden Age of American illustration art. However, most observers seem to agree that the illustration party was pretty much over by 1970.

So what was a (previously) successful illustrator to do when the market for his work was in a state of collapse? Some migrated to doing cover art for books. Others went into portrait painting. And a few, including James Bama and Howard Terpning (born 1927), the subject of this post, left the New York area to do Western fine art painting.

Biographical information on Terpning can be linked here and here. He was part of the last generation of traditional illustrators, those just old enough to have establish themselves by the early 1960s when the market for their work started to crumble. For instance, he was born the same year as Bob Peak; both Peak and Terpning (for a while) taking up the slack by doing movie poster art (See Leif Peng's post on Terpning's posters here.)

Peak died comparatively young, but Bama and Terpning were still alive when this post was written. From what I've read, Bama is no longer active, but Terpning continues to paint and his works have been well received by buyers favoring Western art.

Terpning focuses on American Indians as subject matter as the images below suggest. 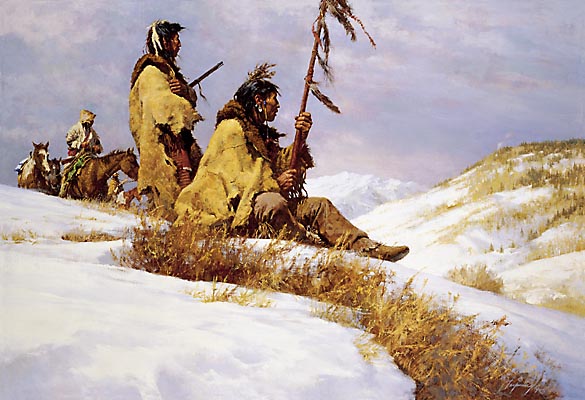 Signals in the Wind 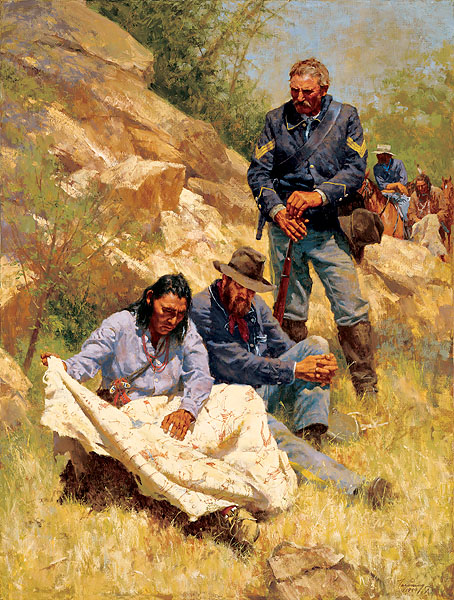 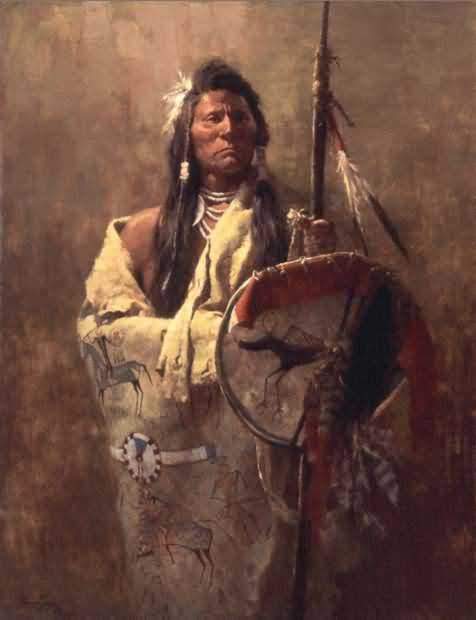 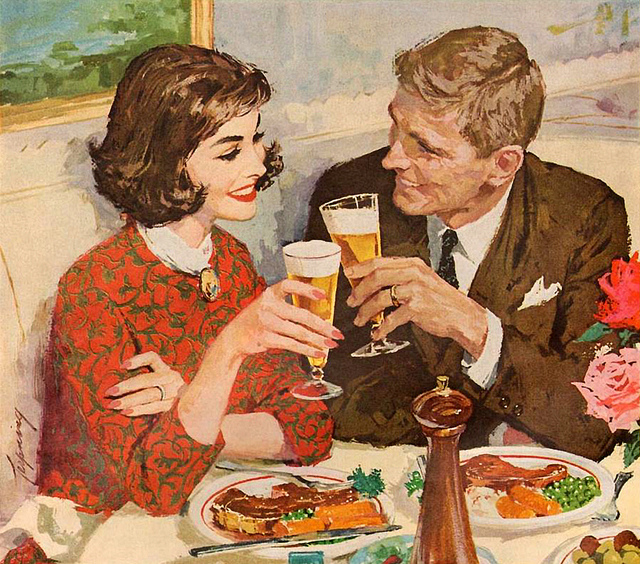 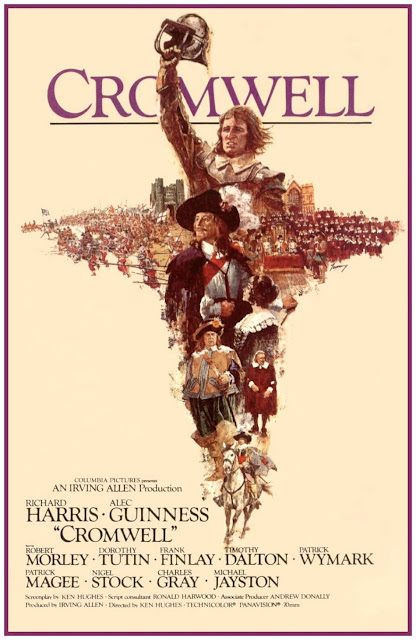 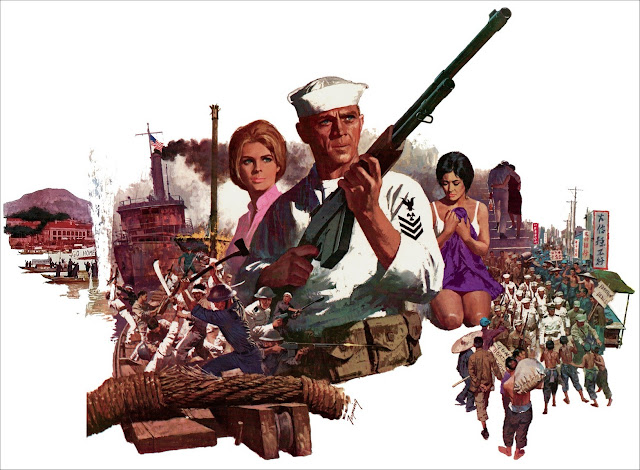 Poster illustration for "The Sand Pebbles" - 1966 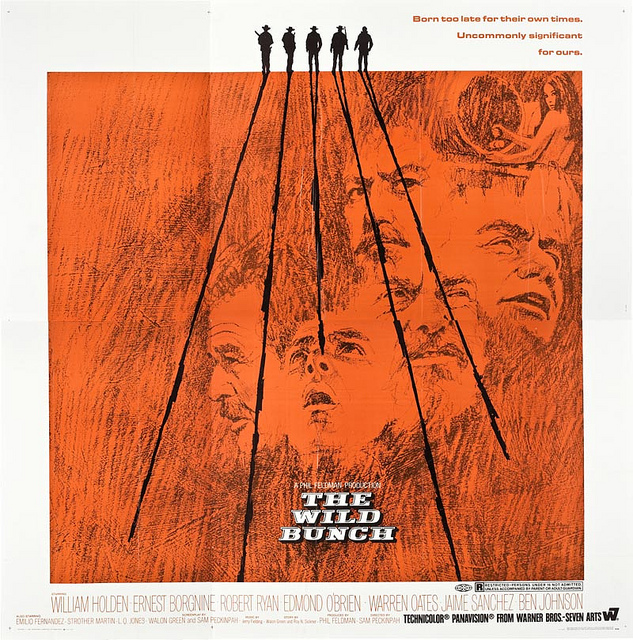 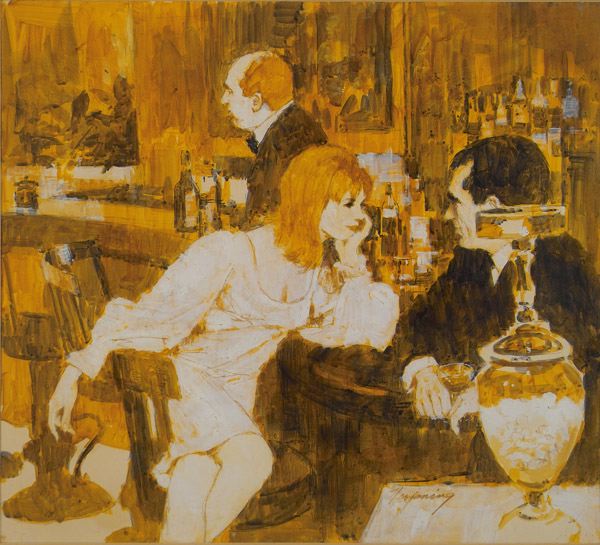 The first illustration is a pretty conventional 1960-vintage work that might have been done by other good illustrators. The movie poster art make use of compositional clichés of the time, and Terpning used a smoother, less painterly style that probably was in line with his clients' expectations.  The two lower illustrations use a sketchy style popularized in the 1960s by the great Bernie Fuchs.  So Terpning was both skilled and versatile, but never quite attained a distinctive style.
Posted by Donald Pittenger at 1:00 AM

"when New York City went to hell (I say it was around 1965)". I spent a few weekends there in the summer of '66. It didn't seem hellish to me, but then I'd no idea what it had been like before.

My grandfather made a living in illustration and put four kids through college (b. 1918). He and a friend had a studio in Hartford, and did work for the insurance firms there, advertising, courtroom sketches...you name it.

Deep down he did have aims to be a fine artist, but he loved drawing people.

dearieme -- Every older New Yorker who thinks the town isn't as good as it used to be has a turning point in mind. And there has to be pre-pivot experience to put the post-pivot in context.

In my case, I first visited NYC in 1956 and from 1962 through 1974 visited it a lot. I really liked it through most of the 60s, but by the mid-70s (when the city government was virtually insolvent and the streets filthy and murder rates high), I figured the it had gone to hell. I pick the mid-60s because that's when smart folks hired by city government & transportation during the Depression were staring to retire, marking the start of the slide. The election of Mayor Lindsey around that time is another factor.

So yes, in '66 the place was still okay (I was there then too), but was starting to slide (in my opinion).

Chris -- Good for your grand-dad! I have a BA in commercial art, but never had the talent or guts to make it a career as he did.

I own the original of a Terpning ad for general electric showing a man, woman and two children walking in the rain on a city street. I wonder where it was published. Any ideas? Elias Traboulsi (eliastraboulsi@gmail.com).

Elias -- I can't help you regarding that. Suggest you contact Illustration House and other galleries that specialize in illustration. They might be able to offer ideas.