Marine Museum and Marin-Marie Too

Paris seems packed full of museums. A tourist who has visited the town a few times is advised (by me) to devote several hours a day to being simply a flâneur, one who strolls the rues and boulevards instead of rushing from museum to famous site to yet another museum. Even so, it can be worthwhile to drop below Paris' layer of world-class museums from time to time. If you happen to be interested in history, naval history or simply ships, a nice place to visit is the Musée National de la Marine, located a few steps from where one views the Eiffel Tower from the Trocadéro area. Its Wikipedia entry is here and its website is here.

A visitor will find decorative bits from old sailing ships, an early diver's suit, paintings dealing with seafaring and naval warfare, plus many, many models of ships. Below are some photos of ship models along with some paintings. These subjects were behind protective screens, so I wasn't able to avoid some reflections appearing. 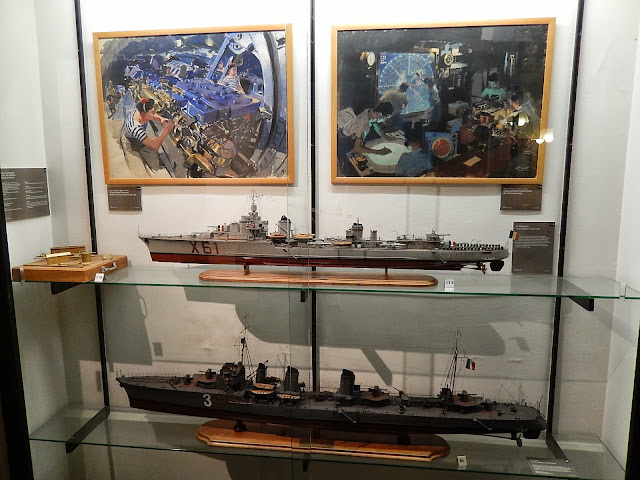 The models are of French vessels only, as best I could tell. 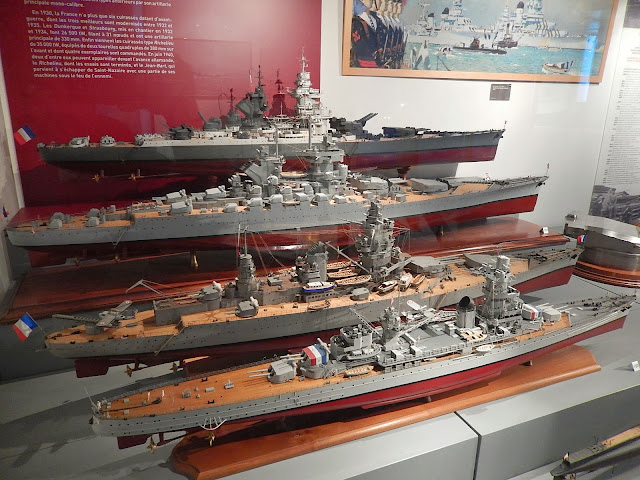 At the top are models of some of France's last battleships, the Dunkerque and the Jean Bart. 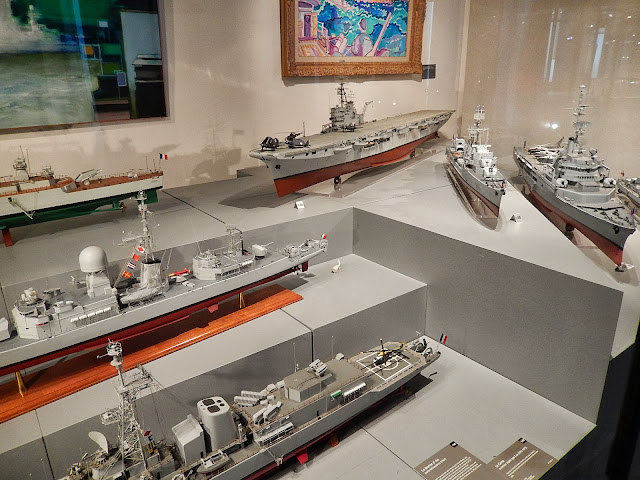 A variety of naval types. 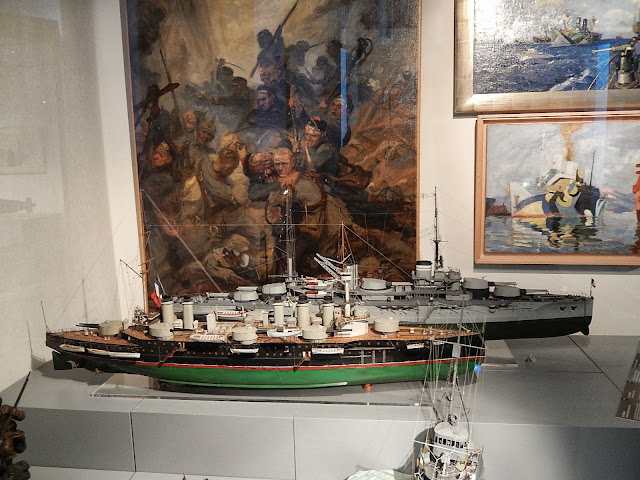 A few displays dealt with old shipyards and ship construction.

Among the artists featured was Marin-Marie, who I wrote about here. The images below are from two paintings dealing with arctic exploration ship Pourquoi-Pas (the "Why Not?"). I have a soft spot for nice brushwork, and Marin-Marie certainly accomplished that in these paintings made during World War 2, long after the Pourquoi-Pas was destroyed in a storm with only one man surviving. 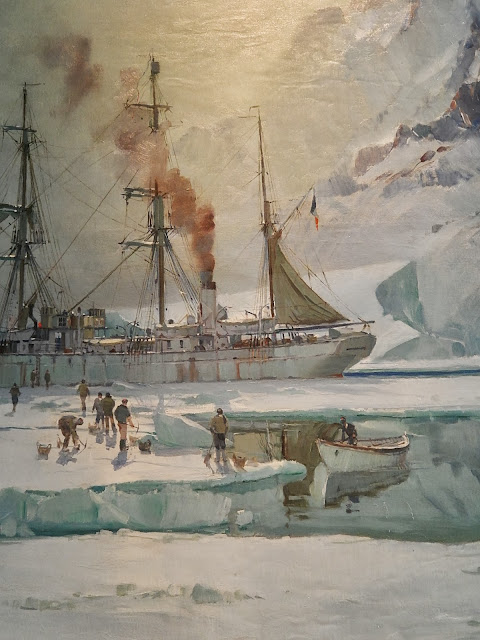 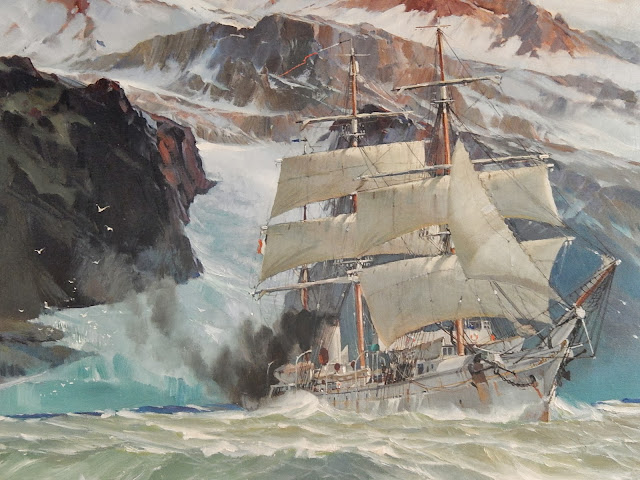 You should have mentioned another artist whose works are in the Musée de la Marine, M. Albert Brenet, a formidable marine artist, one of the greatest in history and on a par with Marin-Marie. They are the Castor and Pollux, the great twins, of French and world marine painting. When I lived in Paris, I never got tired of visiting (what I called) "the French Navy Museum." I even sat on the floor and copied paintings there, and, on one such occasion the museum guards thanked me for making a copy, stating that "All the artists go to the Louvre and the Rodin Museum to copy paintings, we are so happy that you have come to our museum to make a copy." The ship models are also a major attraction. All in all, though the French Navy has not accomplished exploits comparable with those of the Royal Navy, the dull, gloomy Maritime Museum at Greenwich, England, does not hold a candle to the Musée de la Marine in Paris. Do not miss it.