Studies Displayed at the Louvre

Paris' Louvre is considered one of the finest of the world's art museums. It is huge, with many hundreds of works on display. Even so, paintings and sculptures made after 1850-70 or thereabouts must be sought elsewhere in Paris. What can be seen in the Louvre includes such famous works as the Venus De Milo, the Winged Victory of Samothrace (currently under restoration), David's monumental painting of Napoléon's coronation, not to mention Da Vinci's Mona Lisa.

A typical first or even second time traveler to Paris is likely to visit the Louvre for a couple of hours and then retreat in physical and mental exhaustion, having seen perhaps half of the galleries. Because I am more interested in post-1850 painting than what the Louvre has to offer, I tend to gravitate to the bookstore rather than stalk the galleries. The last time I was there, my wife had a few paintings that she really wanted to view, but they were in galleries on the top floor in parts of the museum remote from the five-star offerings. Plus, she was having trouble following the map of the place, so I had to take on the guide task.

As a result, I stumbled onto a number of interesting paintings from the first half of the 19th century, including a couple of small-scale studies for the huge paintings over in the Denon wing. These are shown below via images of the final results plus my snapshots of the studies. 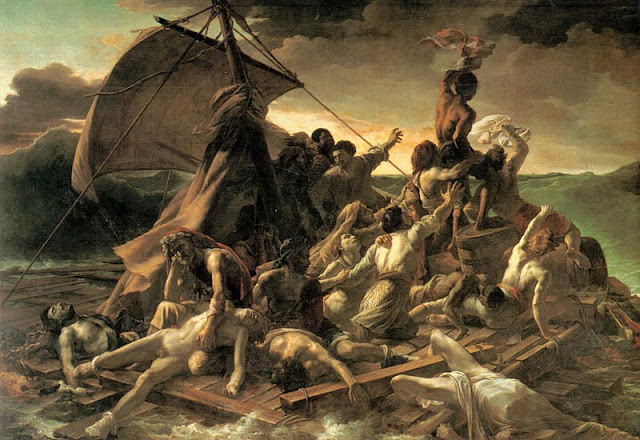 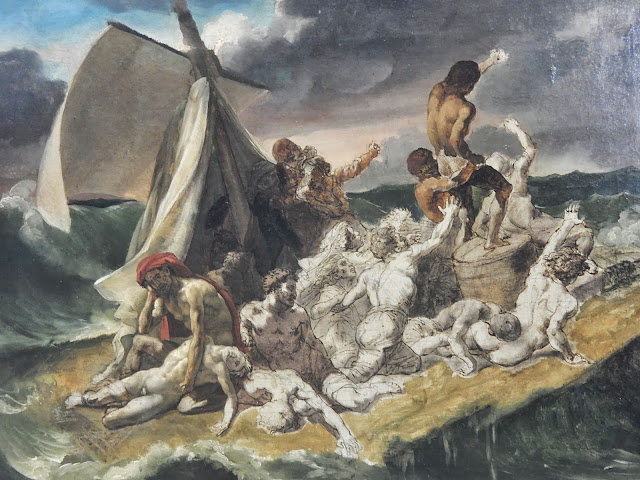 First up is The Raft of the Medusa by Théodore Géricault. 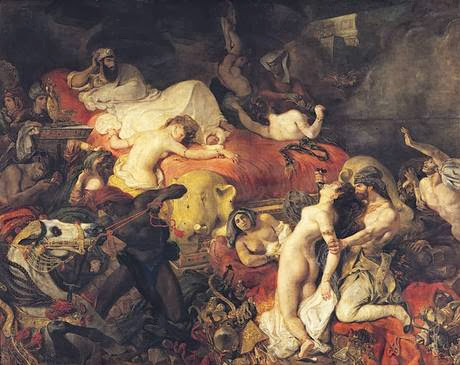 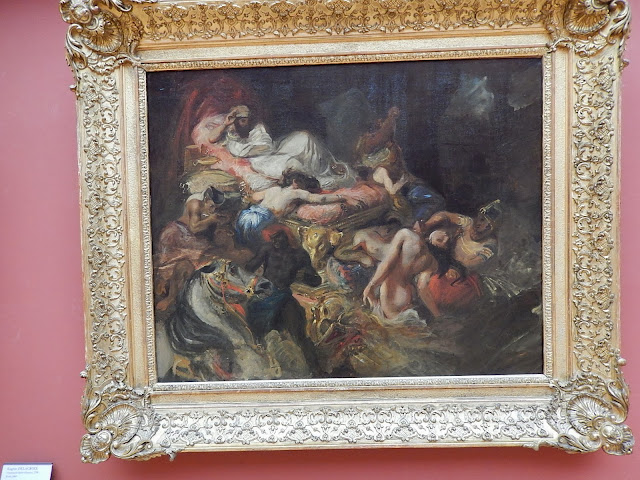 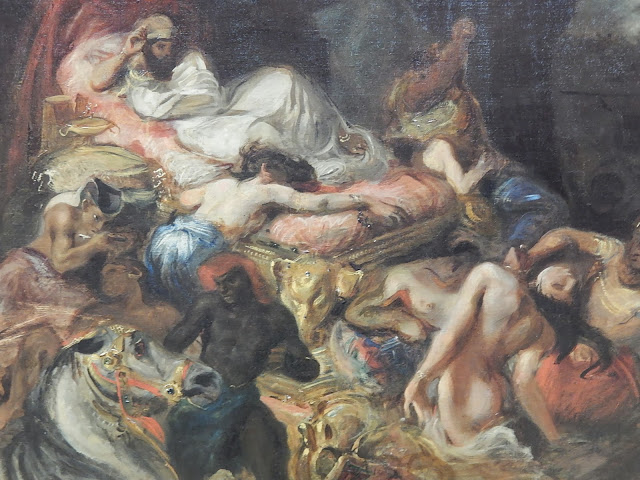 Next is Death of Sardanapalus by Eugène Delacroix. 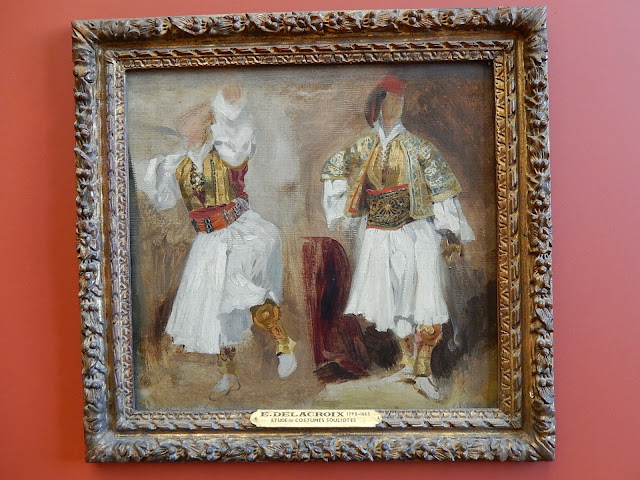 And to wrap this up, here are costume studies by Delacroix.