I suppose I could have lumped this post into my "In the Beginning" series because all we have of the works of Henri Evenepoel (1872-1899) were painted when he was age 27 or younger. As you can see by his dates, Evenepoel's career ended (by disease) before he had the opportunity to progress beyond the usual "beginning" period for an artist. That's too bad, because the paintings that he did make are interesting, and he clearly had real potential as a representational modernist, had his course continued in that direction.

Evenepoel was a Belgian who spent most of his career in Paris. A short Wikipedia entry about him is here. 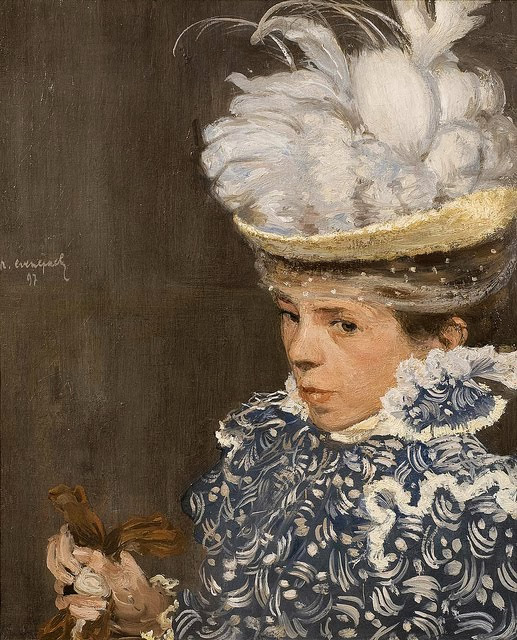 Le chapeau blanc (Louise de Mey) - 1897
Photo (by Evenepoel) of Louise de Mey at Wépion - Summer, 1897
It seems that Louise was Evenepoel's cousin and married with two children. That did not prevent them from falling in love and producing a son. This matter and its effect on his art are dealt with here and, especially, here. 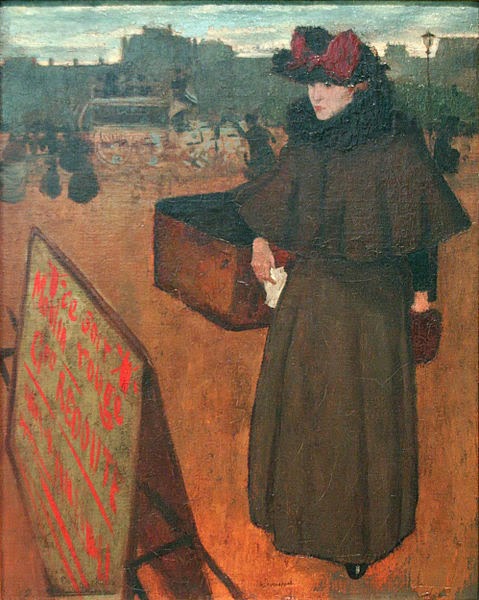 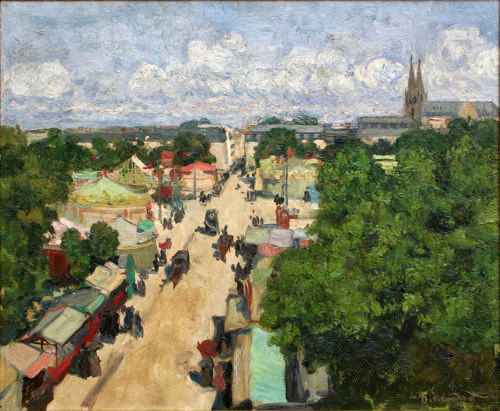 Hey, Don, hurry to the Guardian's webpage where they have a magnificent
van Dyck.

dearieme -- Greetings from Las Vegas: just arrived for our annual week here. I Googled on the guardian and van dyck and the article popped up near the top of the stack. Nice looking job. Very clean. But I wasn't aware of it, of course, since it's not (yet) at the NPG.