For reasons I don't really understand, and therefore can't explain, I've been fascinated by the 1920s for most of my life. So when I surf the Internet and stumble across interesting paintings or illustrations depicting that era, I'll copy them on the hard drive of my desktop computer.

Today's post presents some illustrations I've collected. They were done by artists who are not now well known here in America. I might feature one or more another time, but for now will simply display the images without any supporting information. 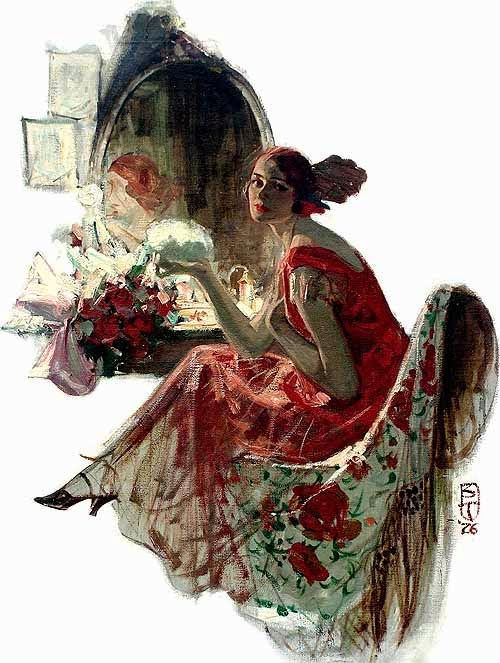 This nice 1926 illustration is signed by a monogram that looks like the initials "BT," though I might be misinterpreting. Can anyone out there help identify the artist/

By Paul Reith in "Jugend" 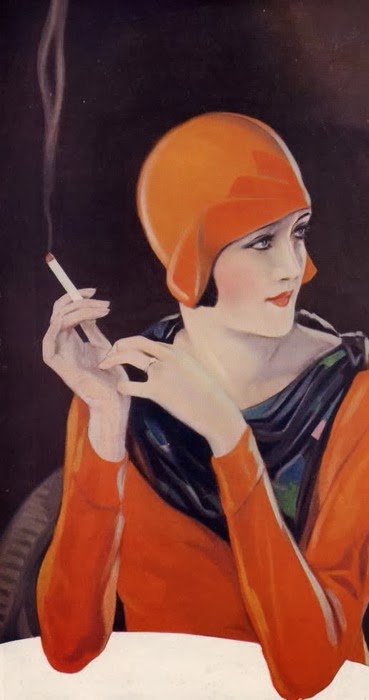 I don't know who the artist for this was. It's possible the image was cropped from something larger. And it's possible, because it's context-free, that it was created more recently than the 20s. 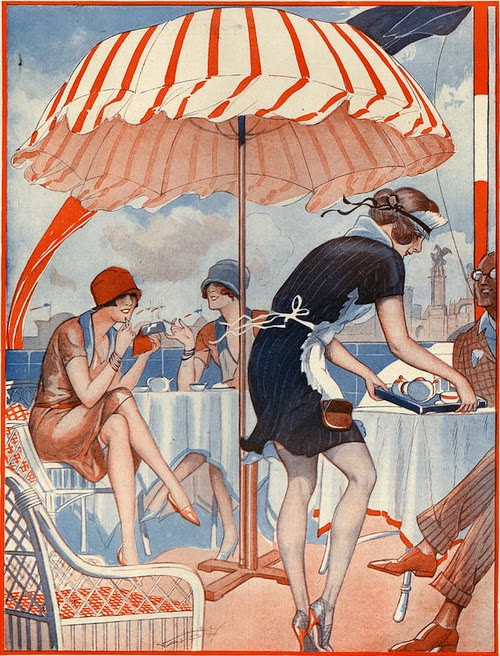 By Vald'Es in "La Vie Parisienne"

I really liked the Paul Reith. I can imagine being present as that couple danced past, at just that moment, in just that pose.

The other works had their points of interest -- particularly the women in their wind tossed dresses up on chairs in the Lorenzi illusration -- but they seem rather too static, and rather too idealized. Rather too much like magazine illustrations, I guess.

Eastman's woman-in-red and the cigarette-smoking woman-in-woman ... I find myself thinking Hopper could have made something of them.

The first illustration is ST, not BT - Saul Tepper.

Paul Rieth's last name is written Rieth, not Reith.
The illustration is from 1925.

The lady in red is indeed cropped, but it's from a cigarette ad from 1930. Search "Craven A cigarettes ad", and you'll find the original.

Ketutar -- Thank you for you input. Appreciated. At some point over the past 3 years I found the Saul Tepper signature mark deciphered and also stumbled across the original of the gal with the cigarette (though I forget offhand where I put the image). The latter discovery took a while, and was accidental. I really should have updated the post ... but it was so old I'd forgotten about it.

Nevertheless I really appreciate your findings because I easily might never have discovered the cigarette ad.