The time was -- and maybe still is -- that a fairly safe way to build a successful career in art involved being able to paint faces of beautiful women. For illustrators the marketing sweet-spot was magazine covers, be they movie fan magazines, women's magazines or even general-interest magazines.

There were several illustrators whose careers were devoted to that subject, perhaps most notably Harrison Fisher, whose works dominated the covers of Cosmopolitan Magazine for the first three decades of the 20th century.

The present post deals with Bradshaw Crandell (1896-1966), who followed Fisher's footsteps to some degree, including creating cover art for Cosmopolitan. Crandell's Wikipedia entry is here. But artists might find this post on Leif Peng's blog of more interest. The writer, Kent Steine, describes Crandell's pastel layering technique used for much of his work up until the 1940s when he transitioned to oil paints. Pastel was popular for rendering women's faces because it could create a smooth appearance more easily than oil paints and without the fuss and potential for the artificiality of airbrush.

Crandell could and did create full-length illustrations of women and even could paint a man. But his fame was centered on depictions of women, some of which are shown below. 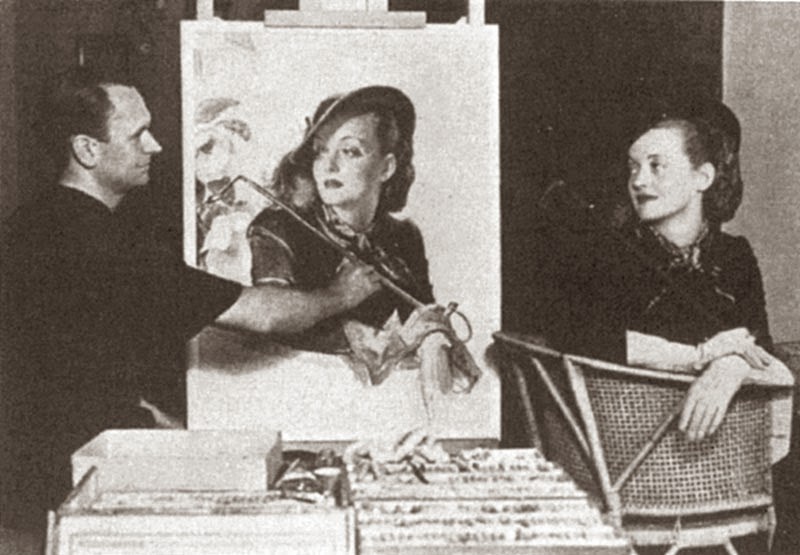 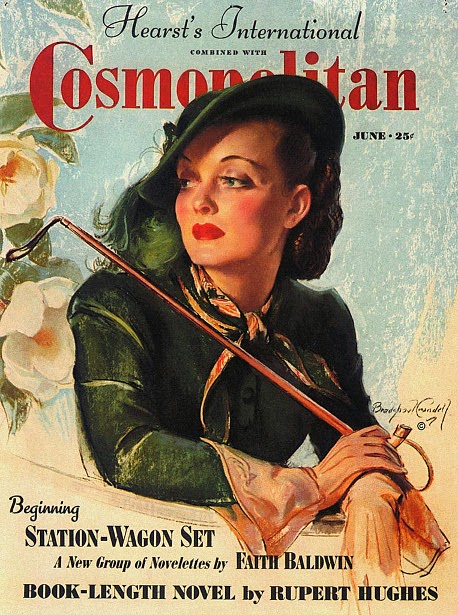 Photo of Crandell and actress Bette Davis and the resulting Cosmopolitan cover
In the photo foreground are what appear to be boxes of pastel sticks. 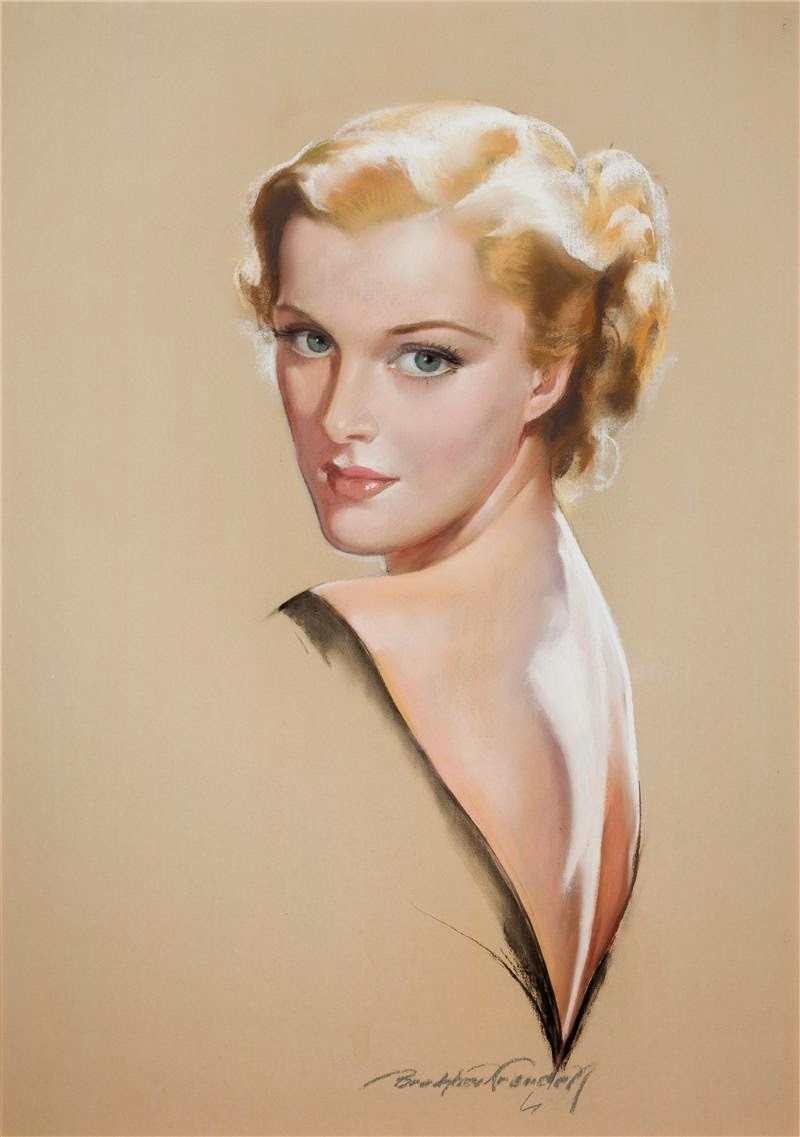 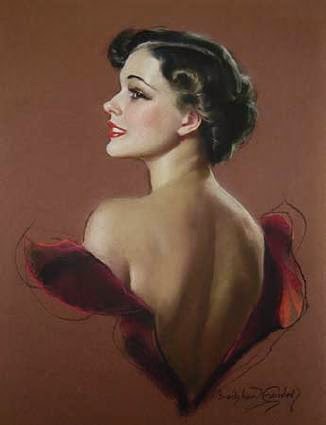 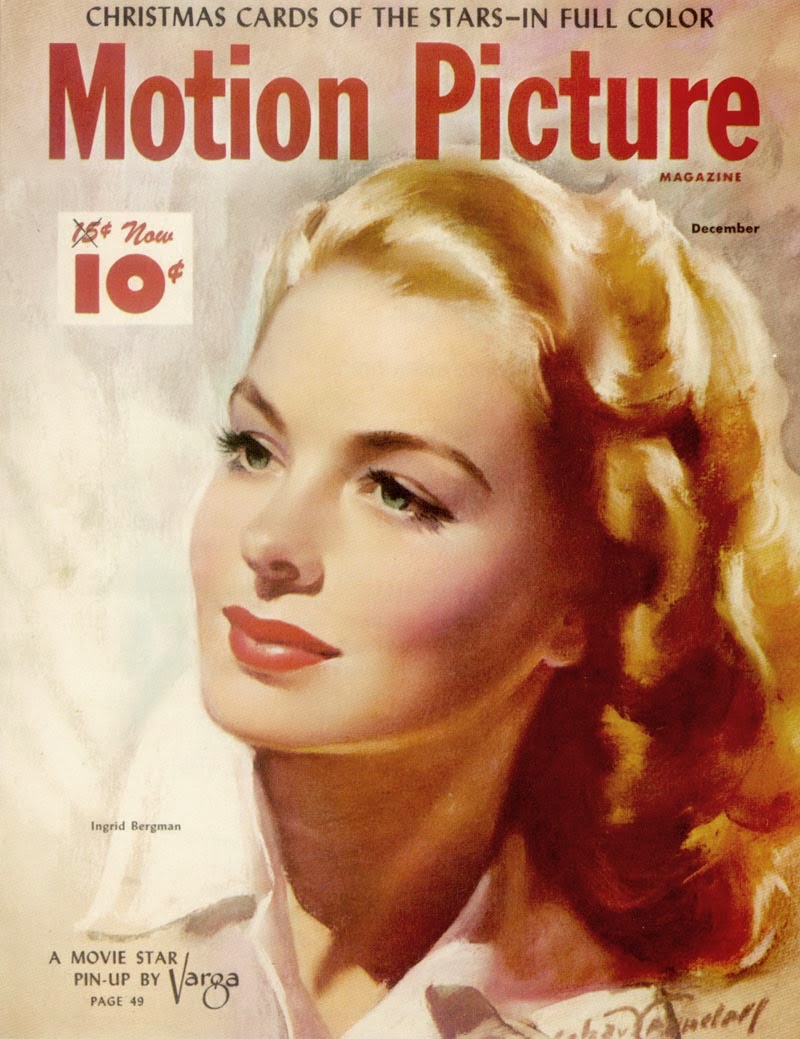 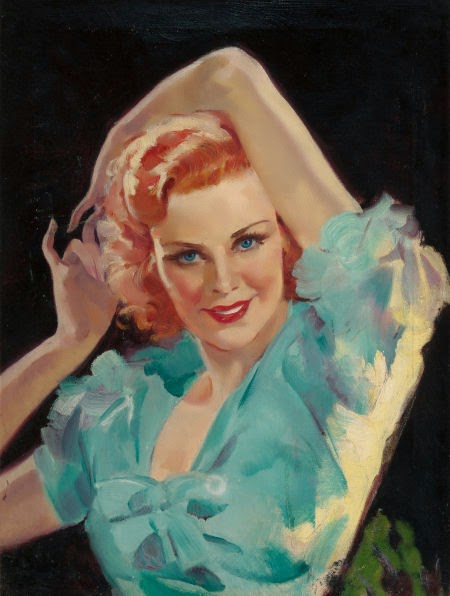 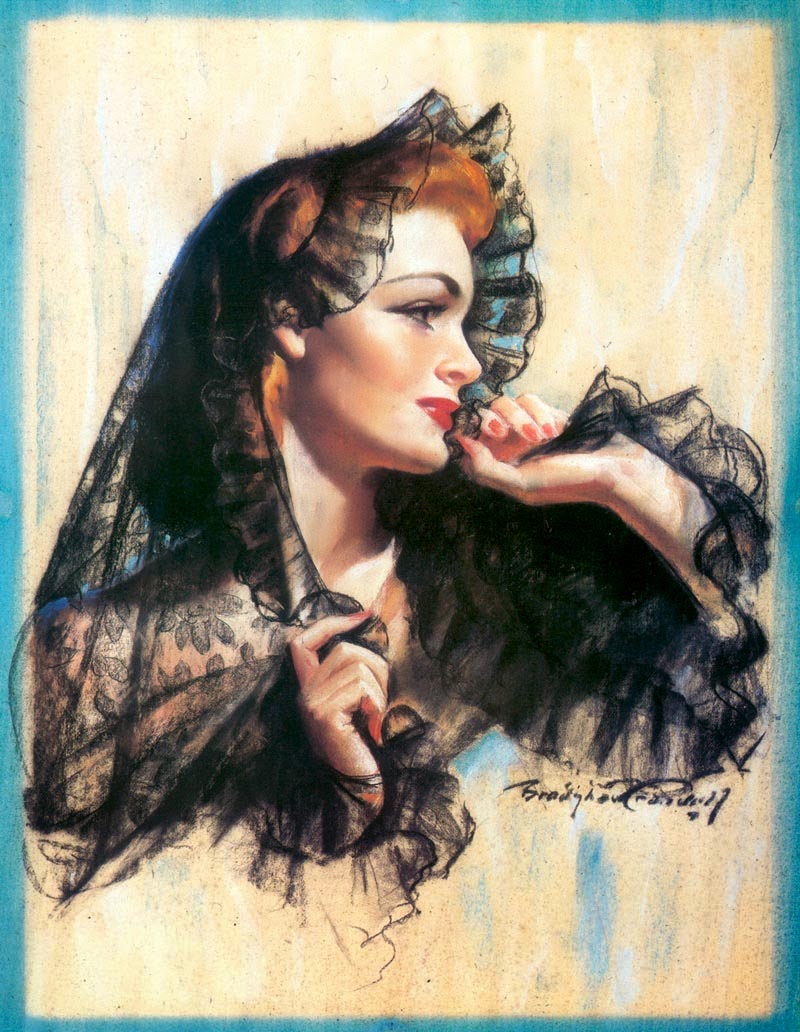 Art, perhaps for a Cosmo cover 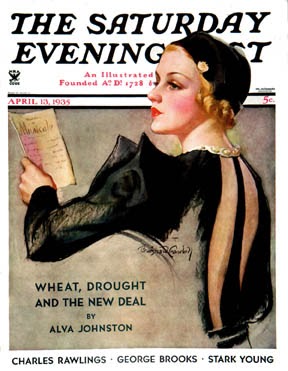 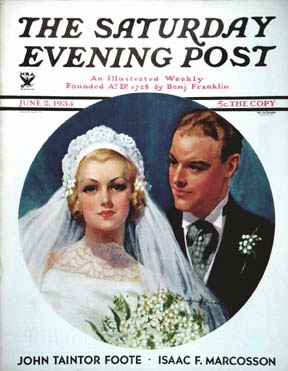 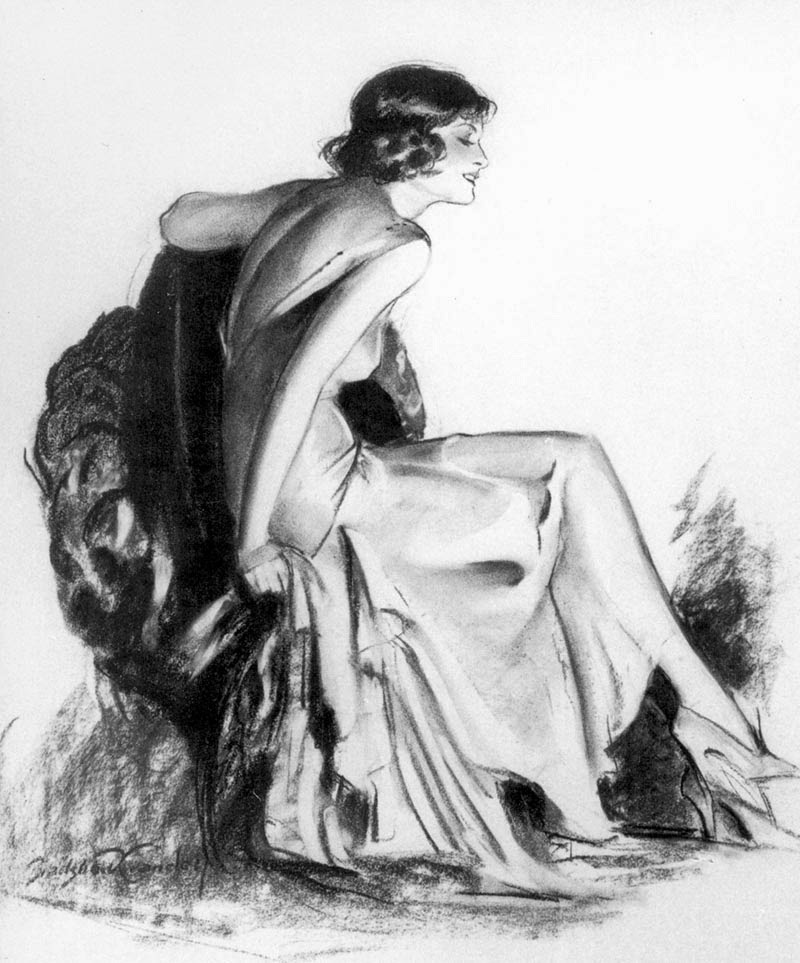 Full-length drawing - from around 1933
Again, just to show that Crandell could do more than women's faces.