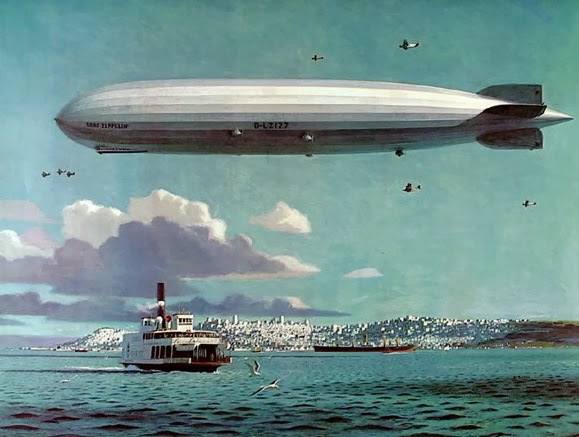 The image above shows the dirigible Graf Zeppelin over San Francisco Bay while on its 1929 around-the-world flight. Appropriately, the illustrator was Stan Galli (1912-2009), who was born in San Francisco and spent most of his long career there rather than in New York or Chicago where most American illustrators plied their trade in his day.

Some biographical information on Galli can be found here. Reminiscences by his son are here, and extracts from an interview of Galli are here.

Galli was a highly competent, versatile illustrator. On the other hand, his work was not distinctive; shuffling through a stack of illustrations, one doesn't easily cry out "There's a Galli! That's one too!"). 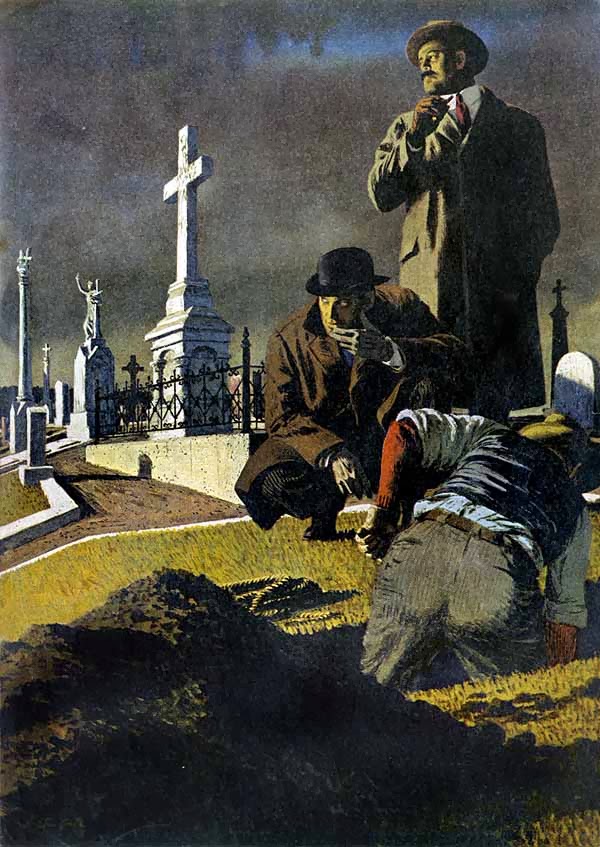 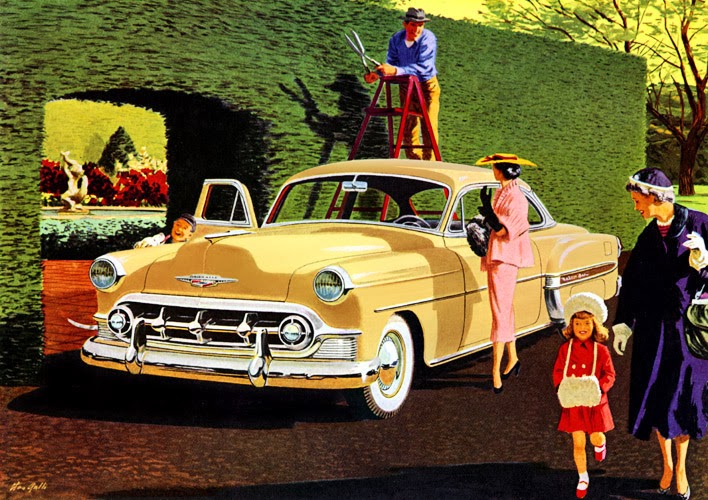 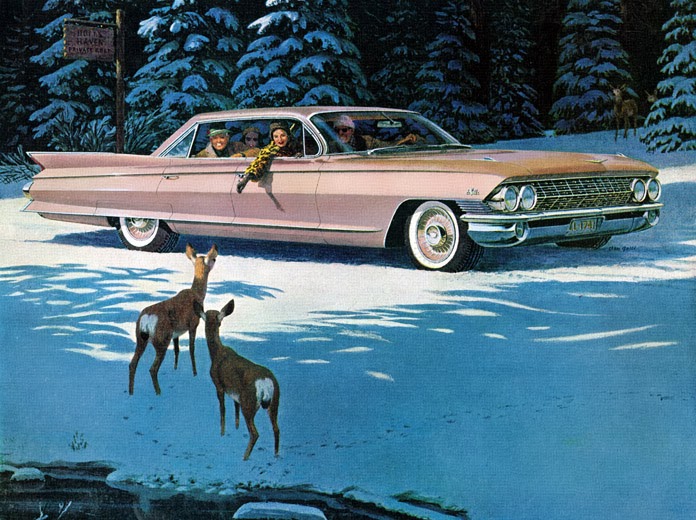 Galli painted the cars as well as the settings (often specialist illustrators for each were hired). 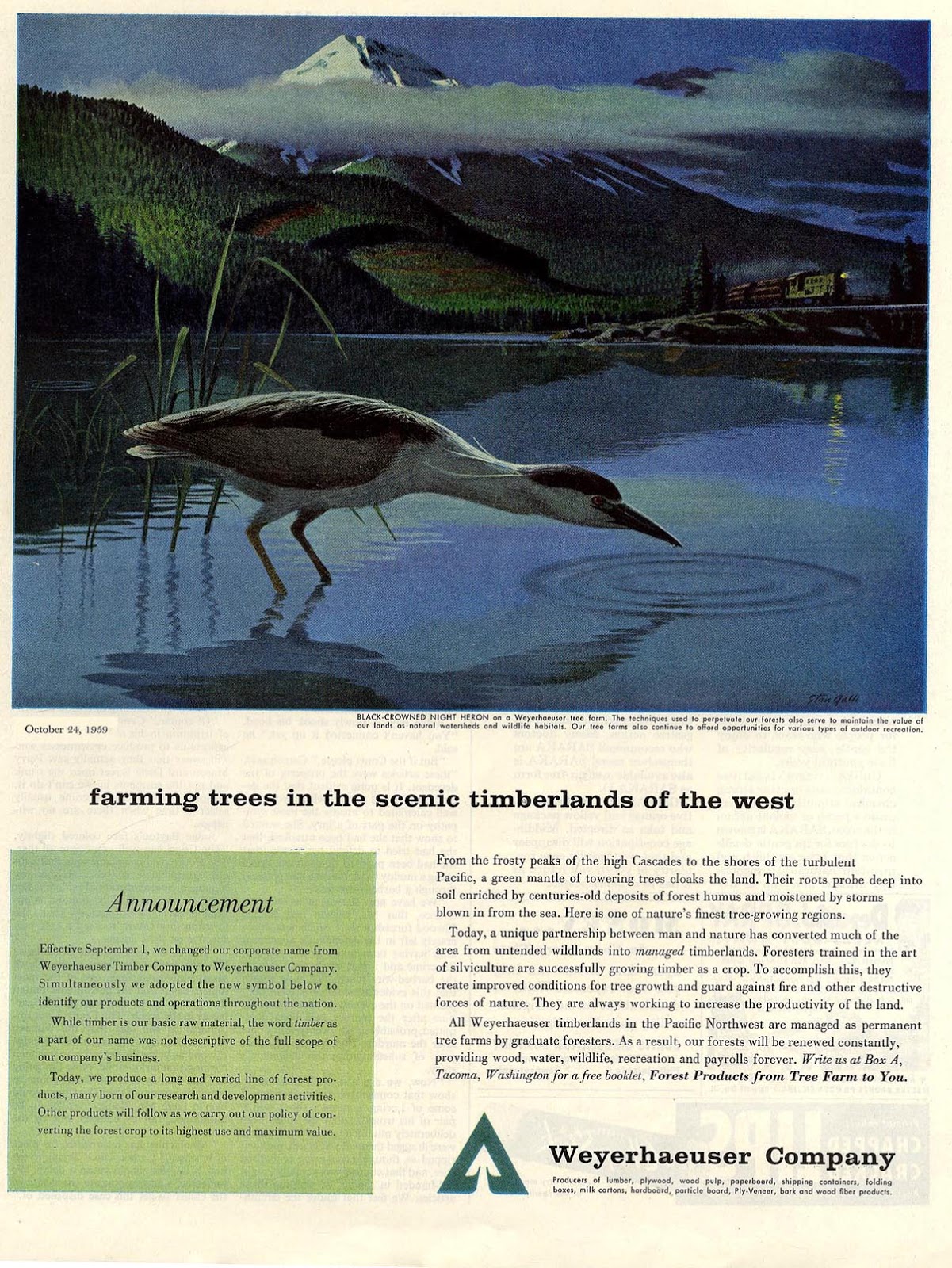 He did a series of illustrations for Weyerhaeuser advertisements that ran in the Saturday Evening Post and other slick magazines for years. 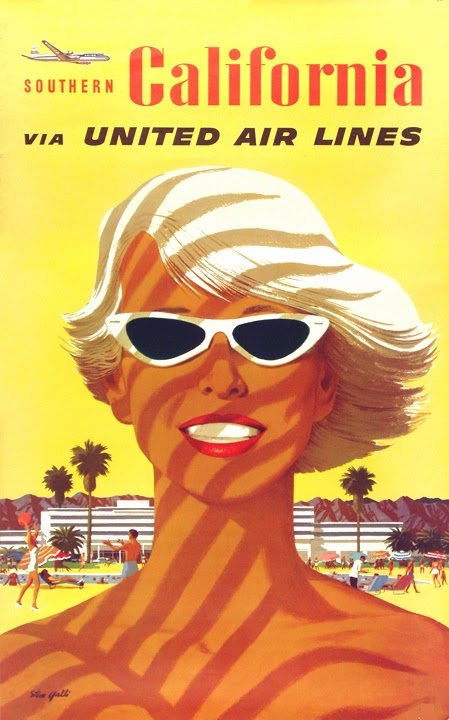 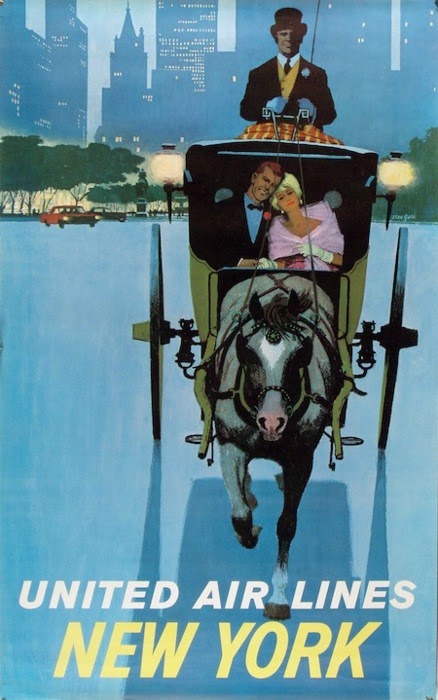 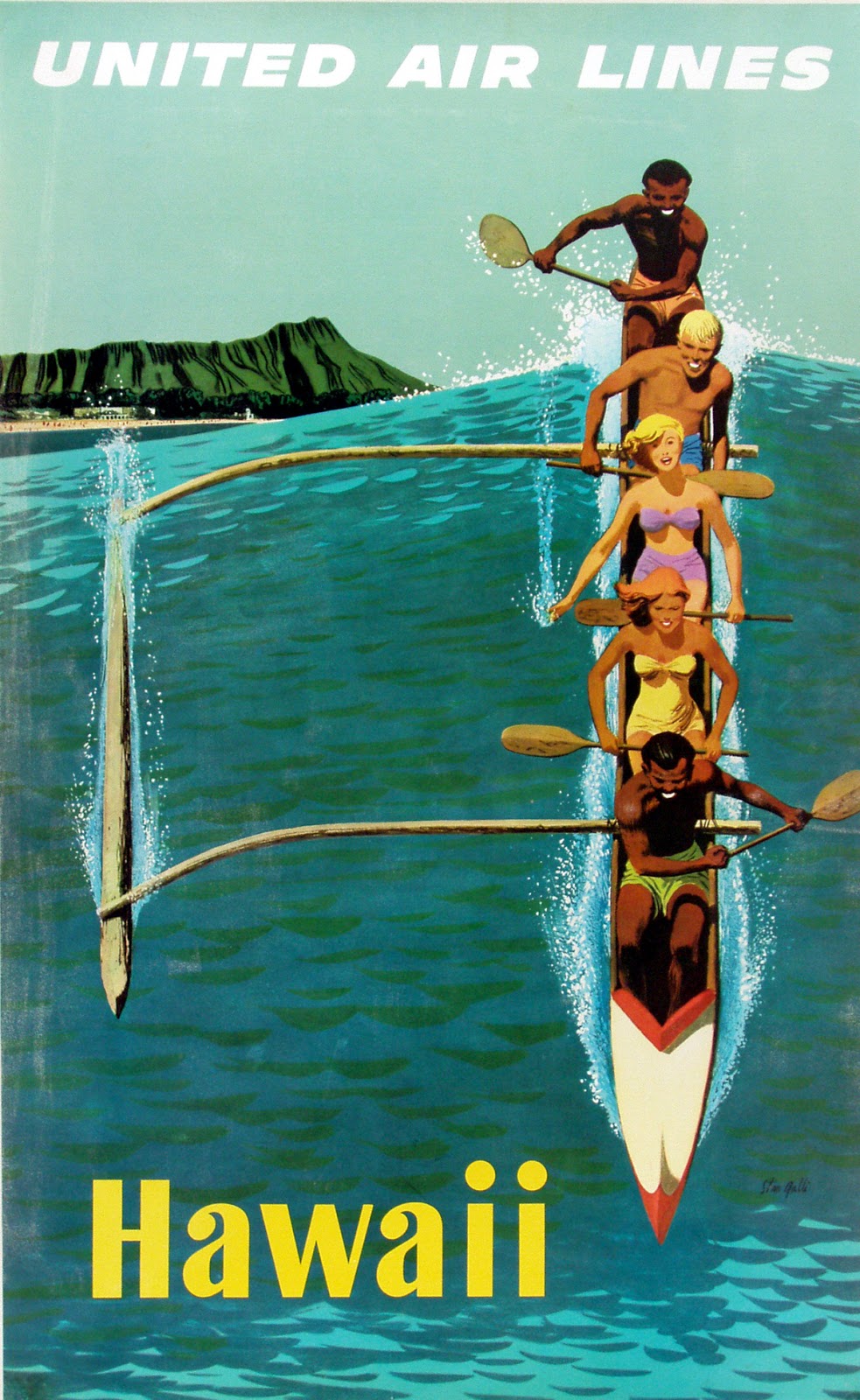 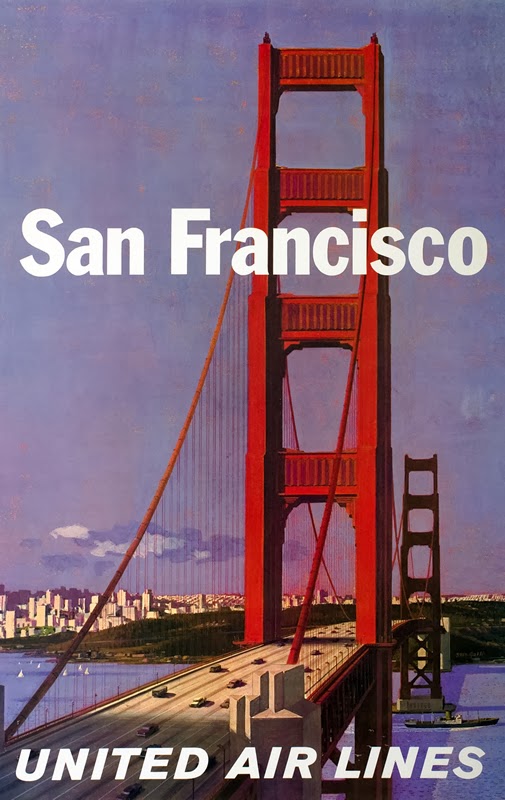 Travel posters for United Airlines - from around 1960. 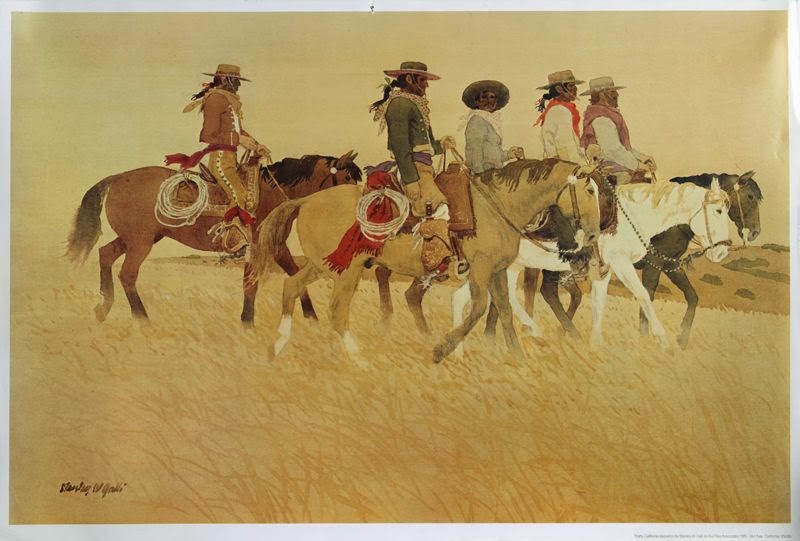