Mosè Bianchi (1840-1904) could paint traditionally, but usually worked in a non-academic manner. A short biography is here (it has links to longer biographies in Italian and French).

Bianchi was a contemporary of Il Macchiaioli, a proto-impressionist movement centered around Florence. Bianchi seems to have spent his career in the Milan and Venice areas, so while he was surely aware of the Macchiaioli, he wasn't active in the group. But his style of painting strikes me as being in the same spirit.

I don't consider Bianchi to be a great painter. However, he was very good at times, so I find it a shame that he is not well known outside Italy. 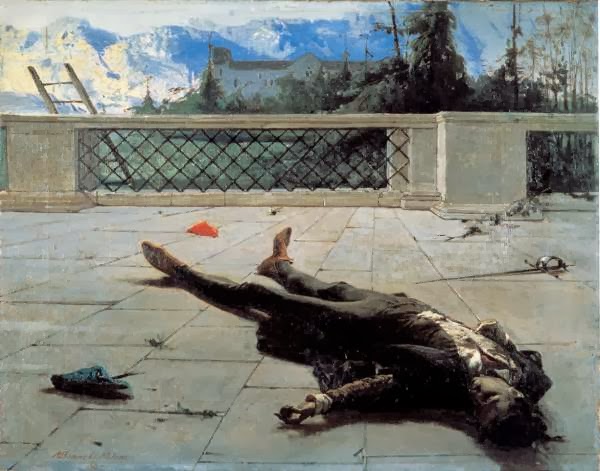 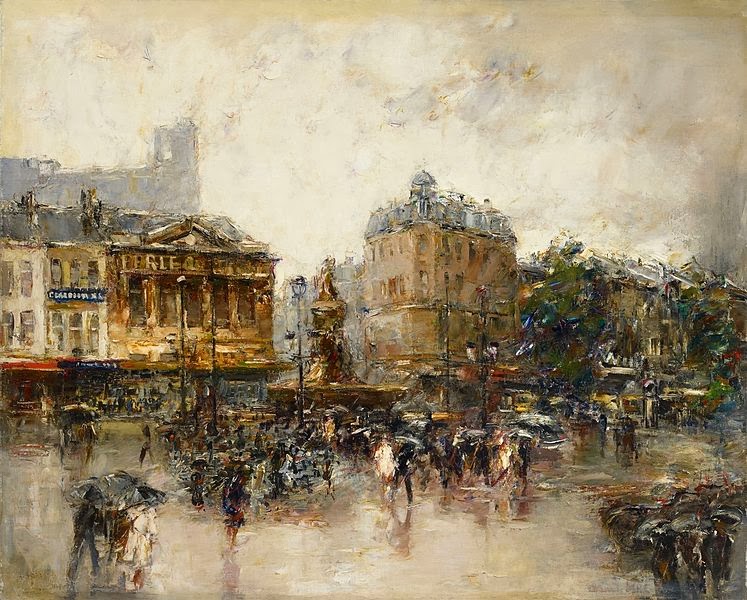 Paris, Place de Clichy - 1884
Bianchi briefly visited Paris around 1869 and might have returned later, because this rainy scene was done 15 years afterward. 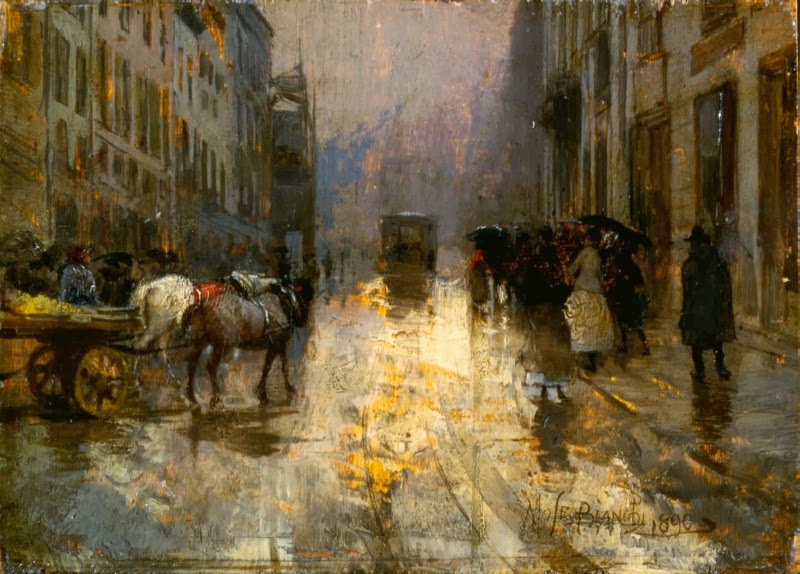 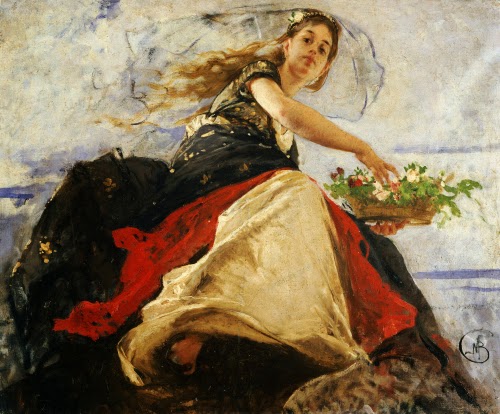 Flora
A source has this as from around 1890, but the style suggests that it might be earlier. 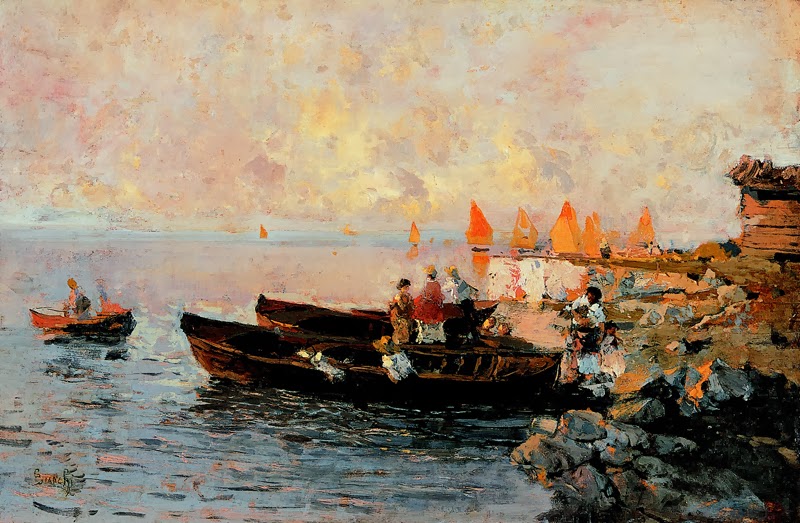 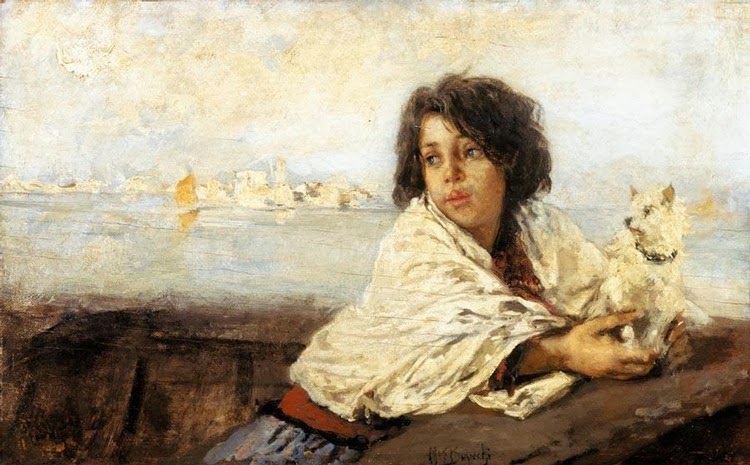 Chioggia scene?
Note that in both paintings, the horizon line is tilted down towards the right for some reason. 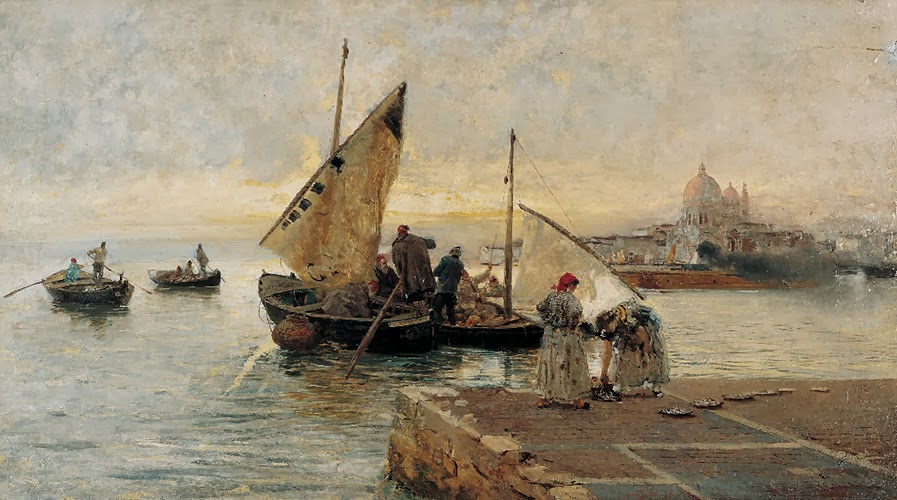 Ritorno dalla pesca a Venezia
But here Bianchi gets the horizon as horizontal. 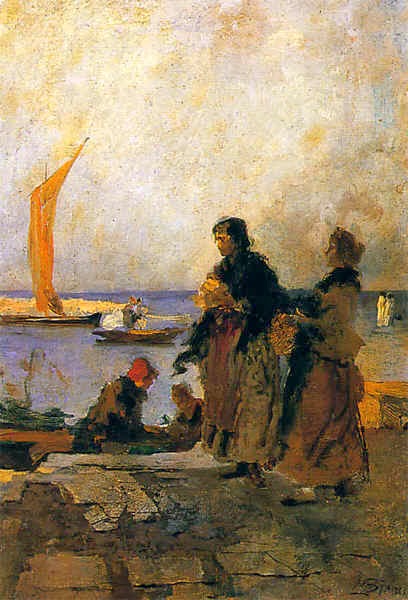 Sul molo di Chioggia
More Macchiaioli than impressionist. Chioggia, by the way, is an interesting port town at the south end of Venice's lagoon. 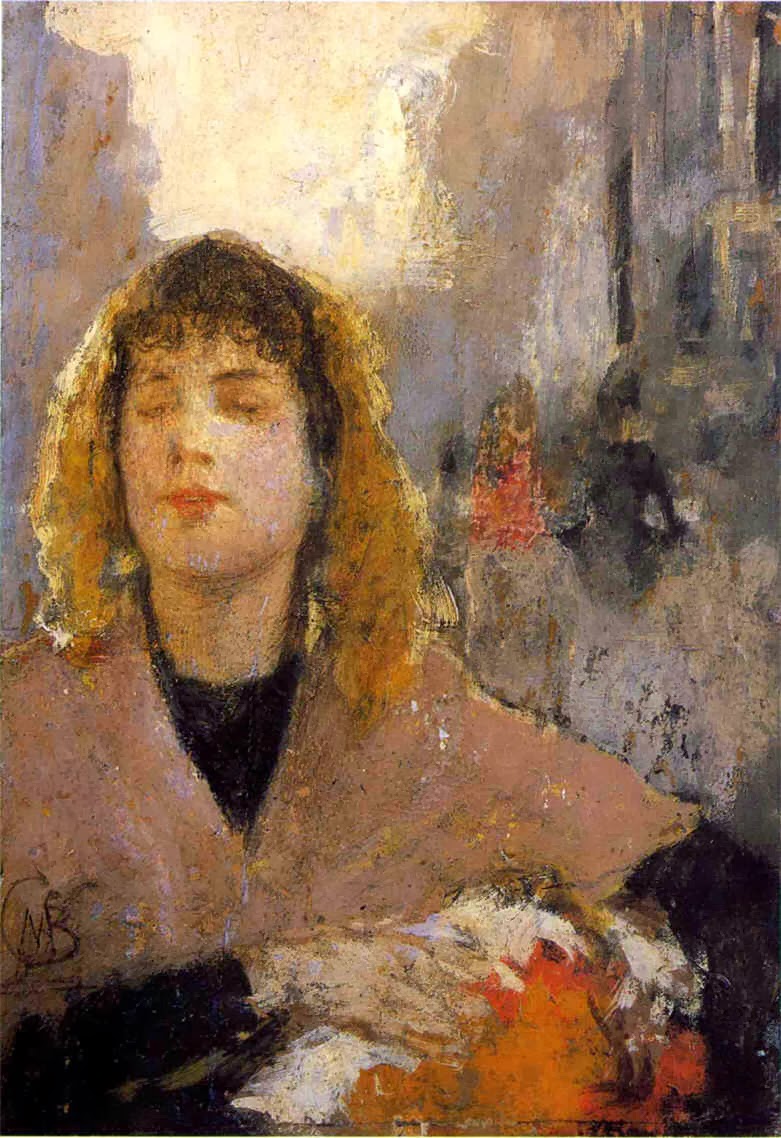 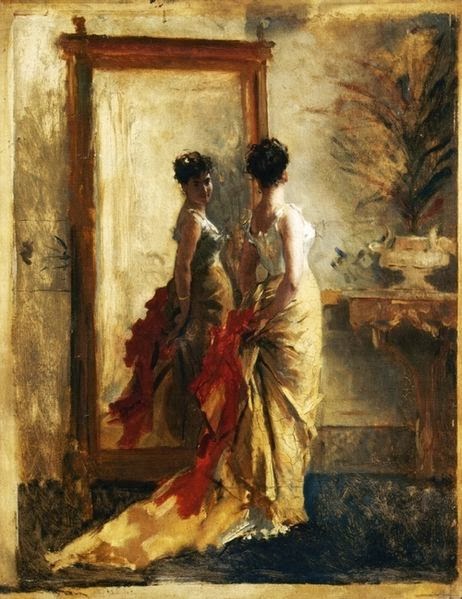 Woman before a Mirror - c. 1890
I like this painting. Freely done, yet tighter where it matters.

"I like this painting." Me too: he really is rather good.