A couple of years ago I committed an error in this post when I inserted a photo version of Domenico Morelli's "Temptation of St. Anthony" instead of an image of the actual painting. Now I wish to atone for my sin by posting some photos of the painting that I recently took at Rome's Galleria Nazionale d'Arte Moderna (Web site here).

As his Wikipedia entry) indicates, Morelli (1823-1901) spent most of his career in his native Naples, concentrating on religious subjects. Le Tentazioni di Sant'Antonio (1878) is one of the best known of these. He also painted portraits. As a bonus, I include photos of his Teresa Maglione Oneto (1879) which was also on display at the Arte Moderna. Click on the images to enlarge. 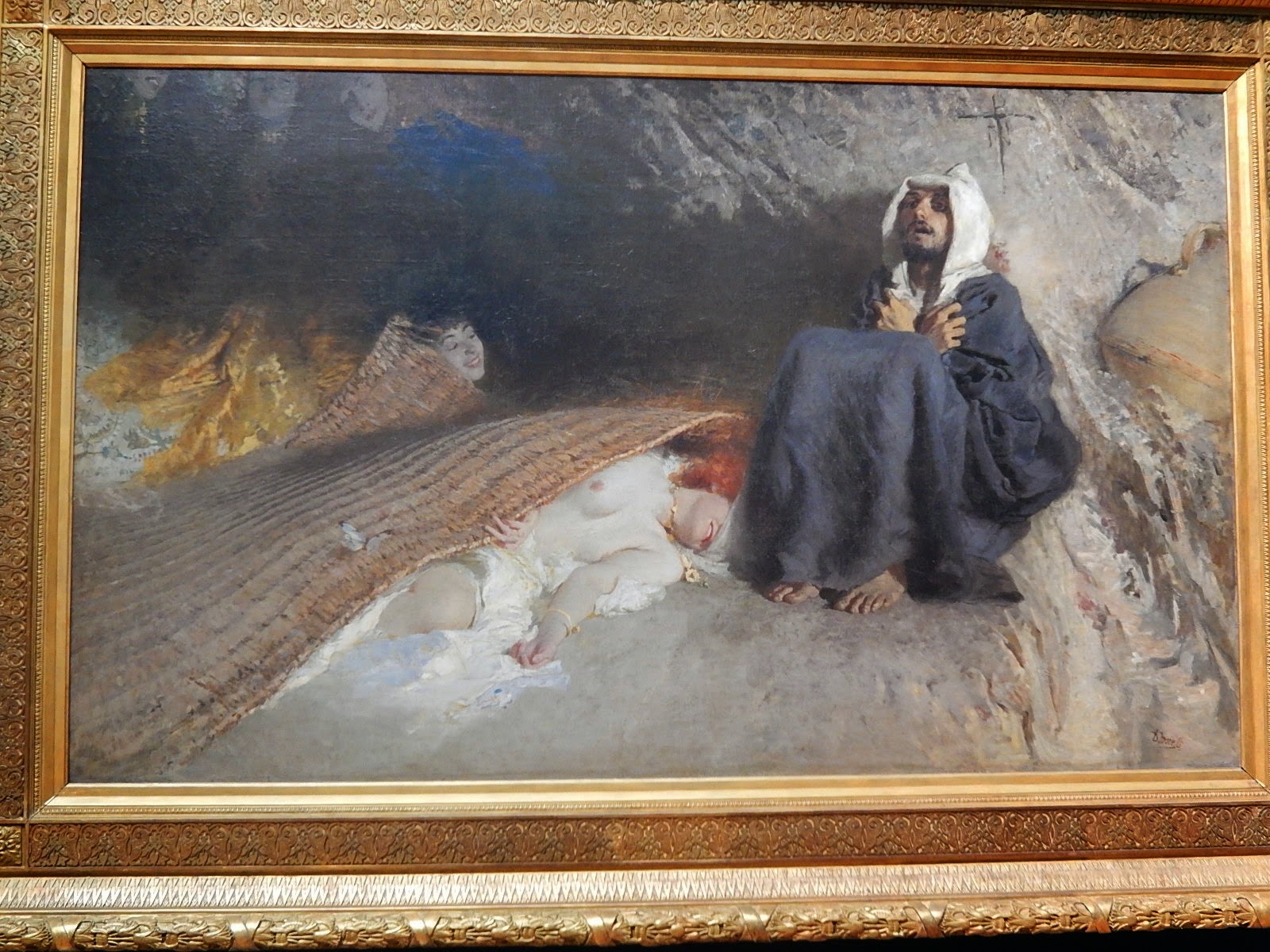 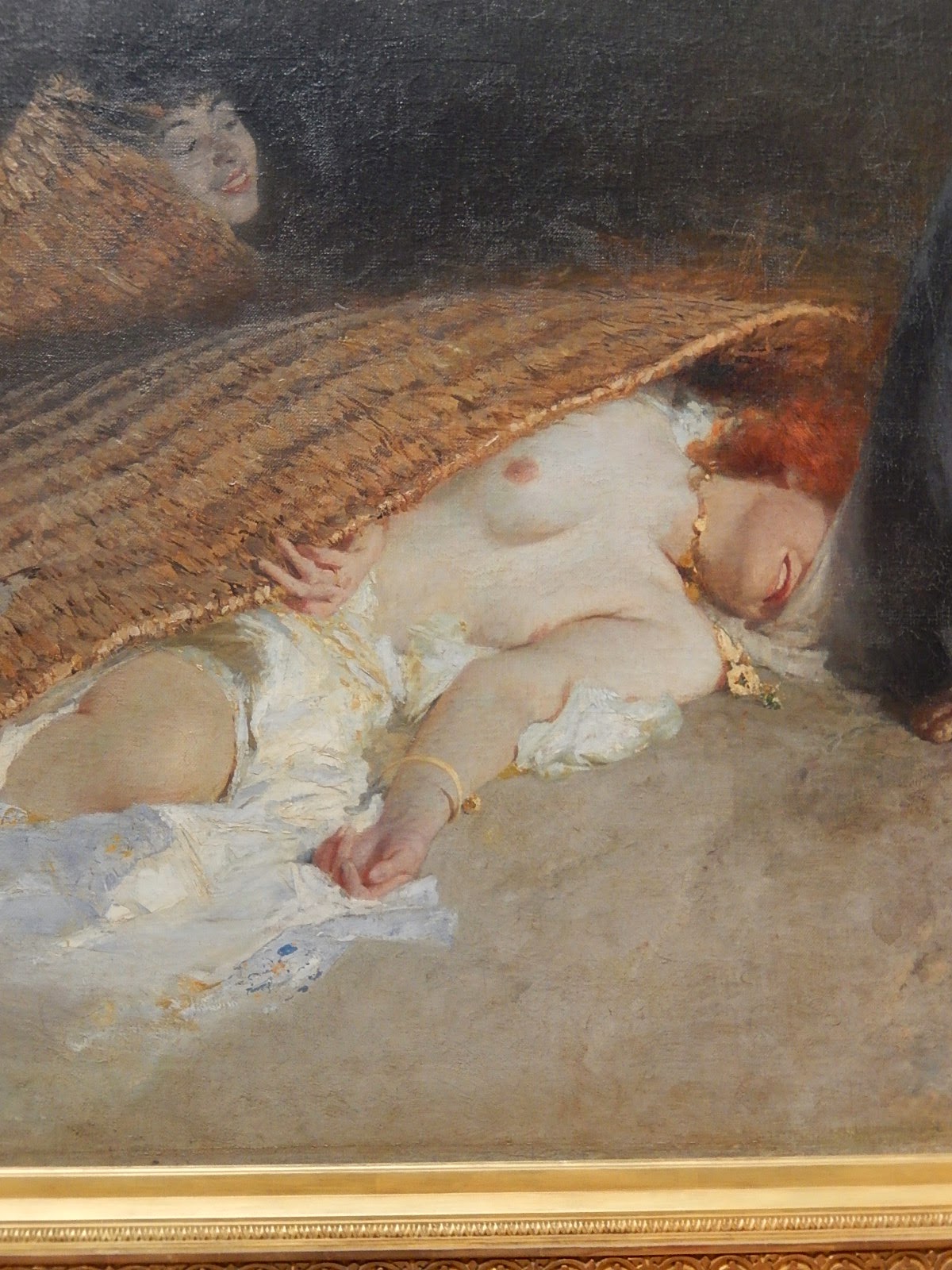 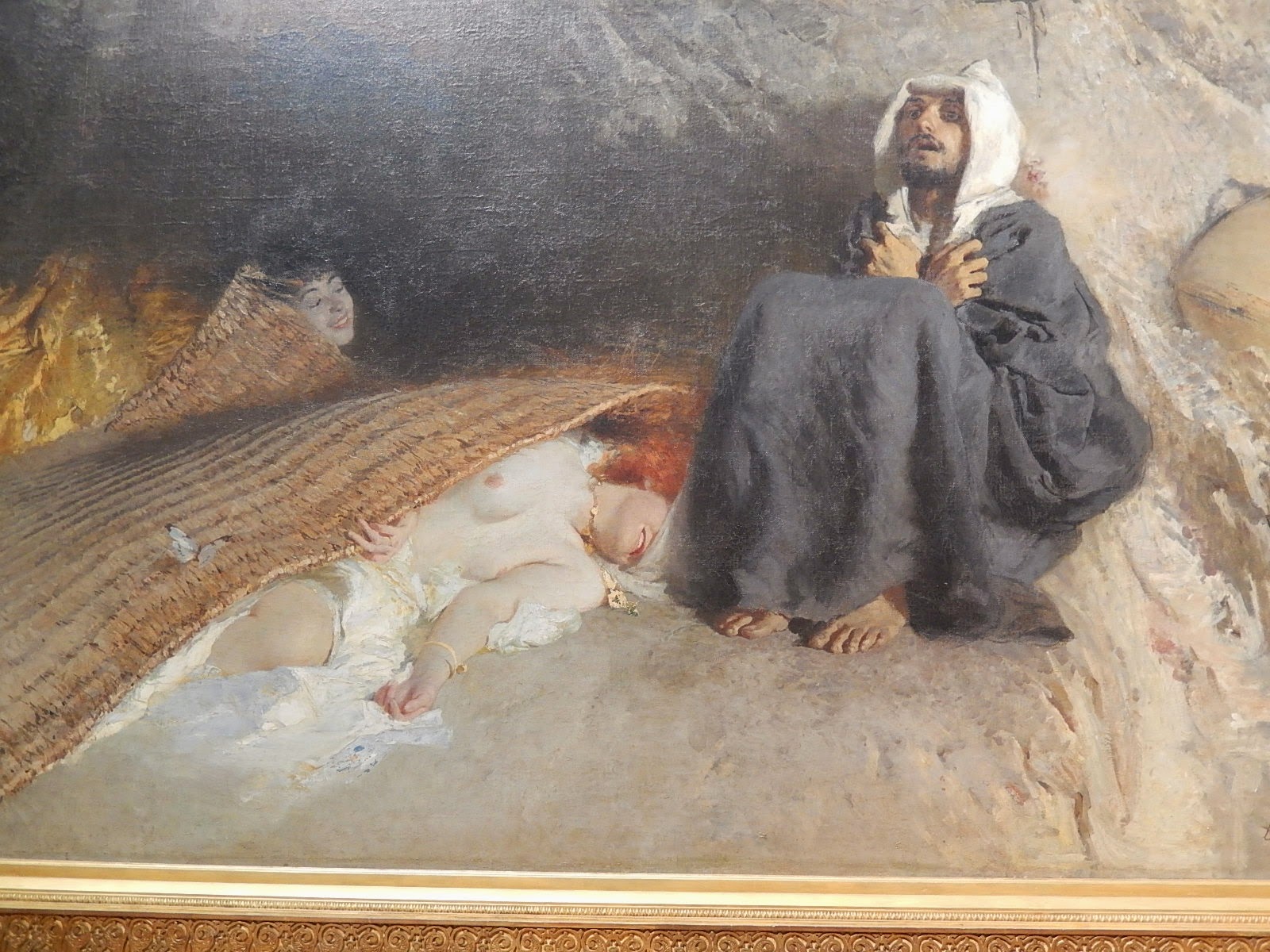 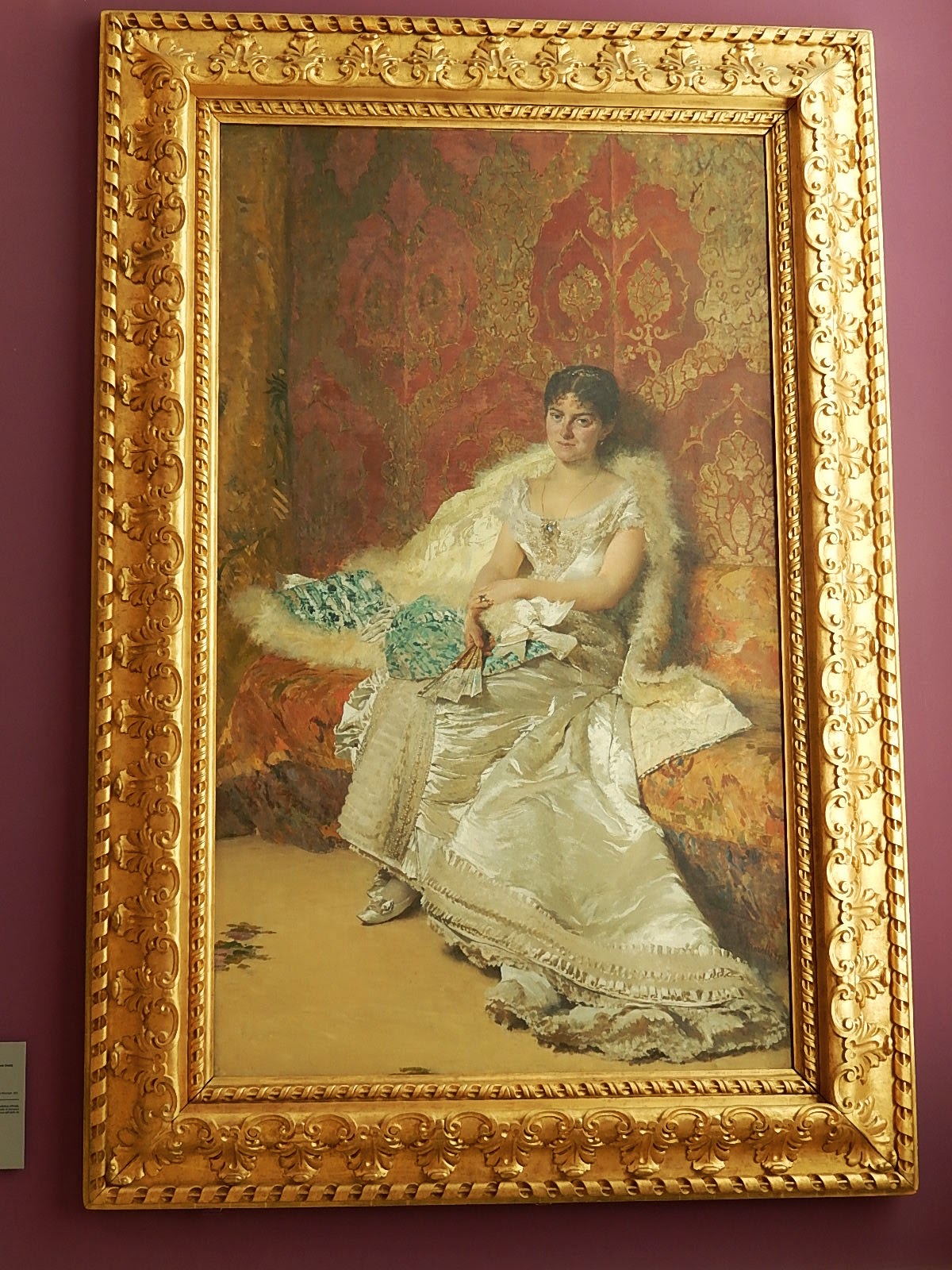 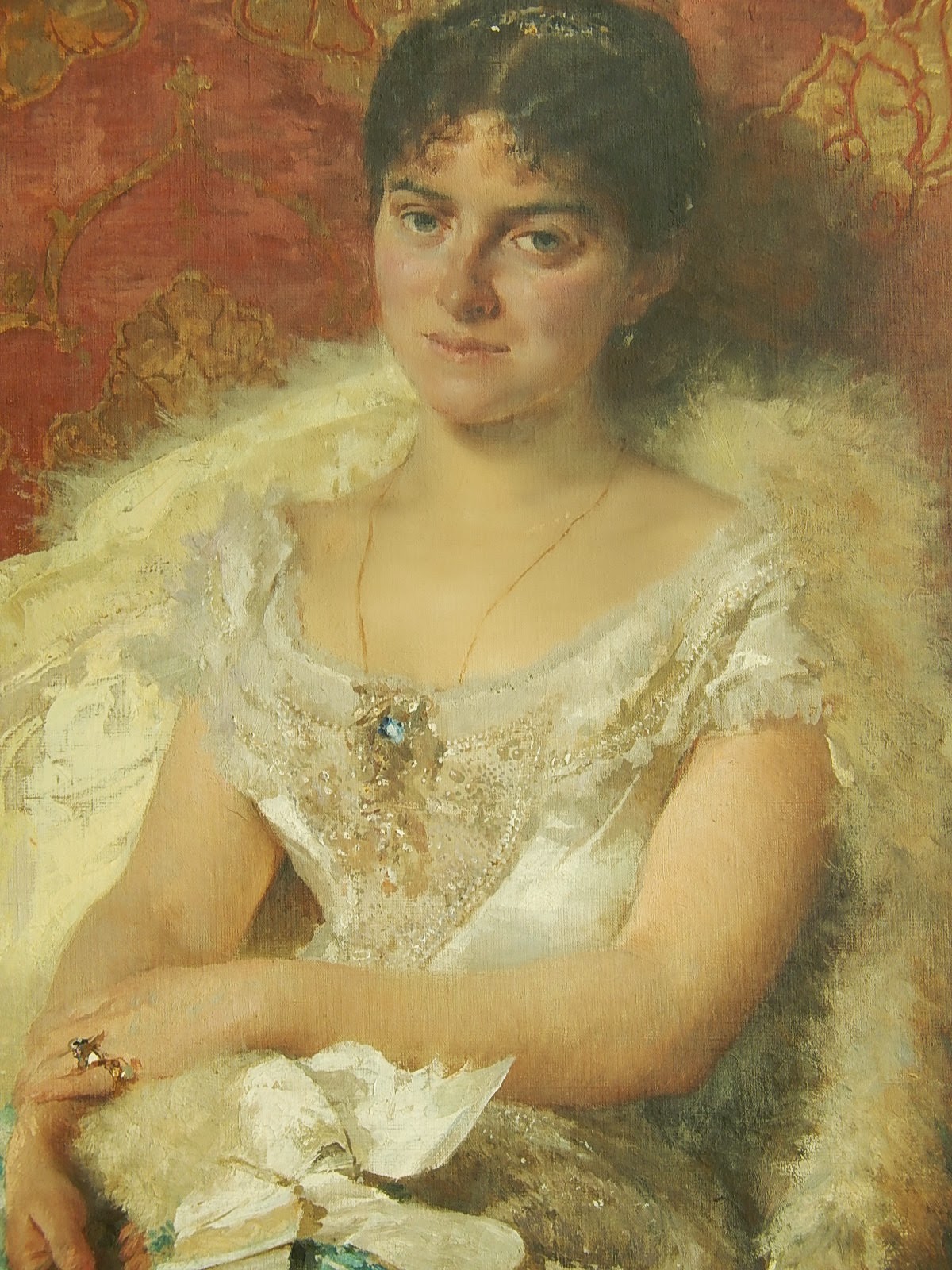 Teresa looks rather like Duckface from FourWeddings and a Funeral.

I remember this painting by Morelli's very well. You have to fell for poor Anthony.