What was there about Spain in, say, the 1950s? The water? The Rioja? Anyway, the country produced some really talented comics artists who were trained around that time. One example is Félix Mas (1935 - ) who was active in that field as well as illustration before moving on to painting in oils. His brief Wikipedia entry is here, and a link dealing with his comics work is here.

All of his painting images that I could find on the Internet featured slender, beautiful young women. Clothing and settings were usually stylized and decorative. After a little thought, I decided that Mas was inspired by Gustav Klimt, in that decorative patterns or other elements such as peacock feathers form part of the background or setting. The decorative elements are not as extreme as Klimt's. And as noted below, often the women are wearing kimonos, and those kimonos feature floral and other patterns.

I keep repeating the word decorative, because that's what Mas' paintings essentially are. Viewers who prefer to find a story, psychological tension, or other dramatic content might be disappointed by Mas. 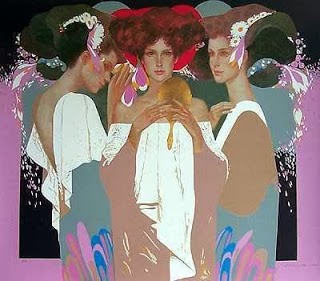 Now for some of his oil paintings... 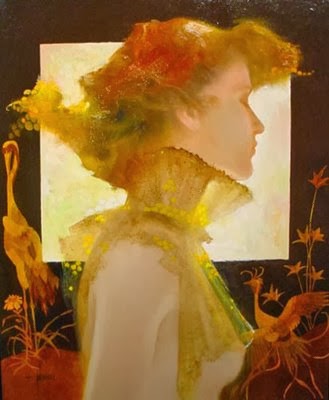 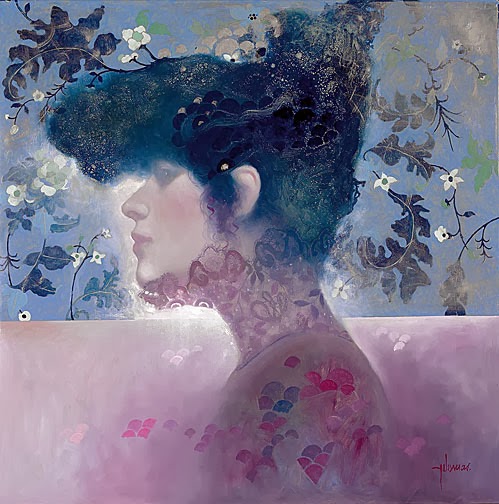 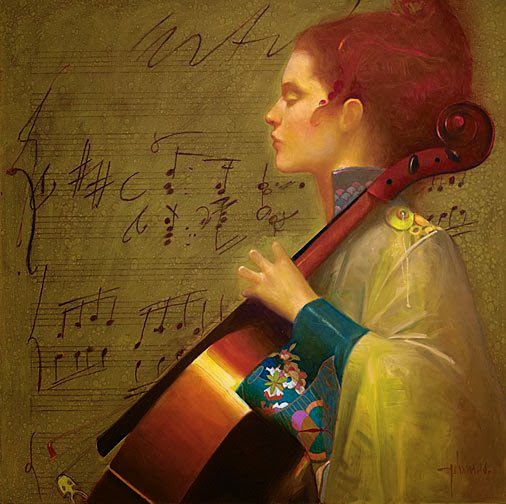 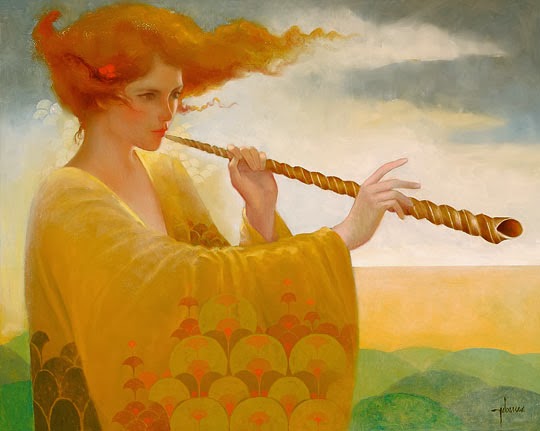 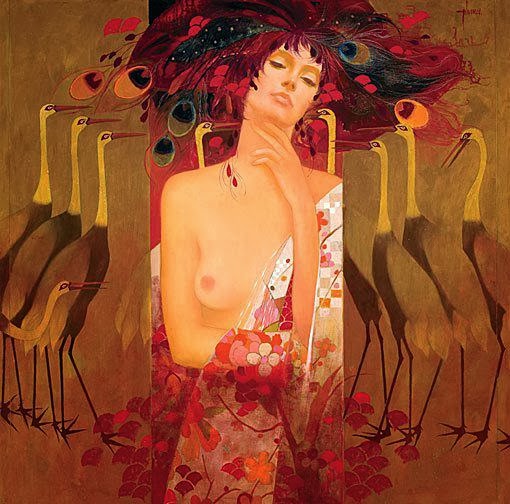 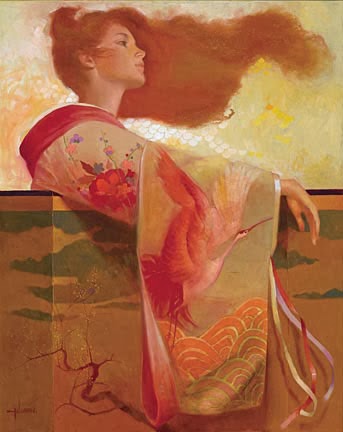 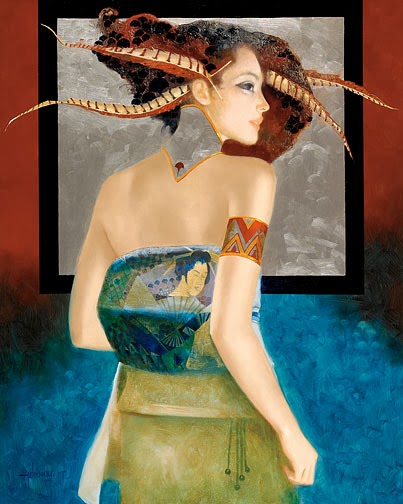 Mas has women dressed in kimonos in many of his paintings. I don't recall having seen a strapless kimono, however. 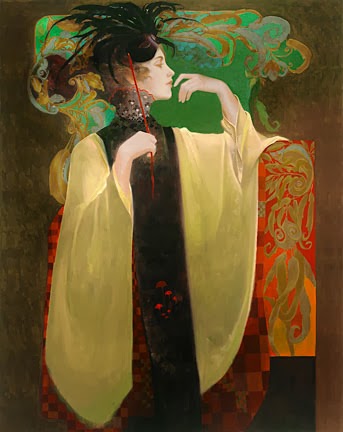