W. Herbert Dunton (1878-1936), known as "Buck" Dunton, was an outdoors guy who happened to become a reasonably successful illustrator, then moved to arty Taos, New Mexico to take up Fine Arts painting. A useful biography can be found here.

Dunton wasn't the only illustrator-turned-Taos-painter. The link mentions that another Taos former illustrator, Ernest Blumenschein, influenced Dunton to follow his career/location-change lead.

What interests me most about Dunton was his change in style that followed his change in residence and shift in career. Dunton's illustrations were in the general mode of Frank Schoonover, N.C. Wyeth, and others who did a lot of Western scenes. In New Mexico, Dunton eased away from that into a more simplified style that was fashionable in America in the 1920s and 30s. What I don't know is how much this change was due to personal preference, any influence by other Taos artists (peer-pressure of a mild kind), or for marketing reasons (Modernism-Very-Light was selling well).

We are supposed to believe that true artists will follow their own path regardless of external factors. If that were always so, then why are there stylistic fashions in painting? 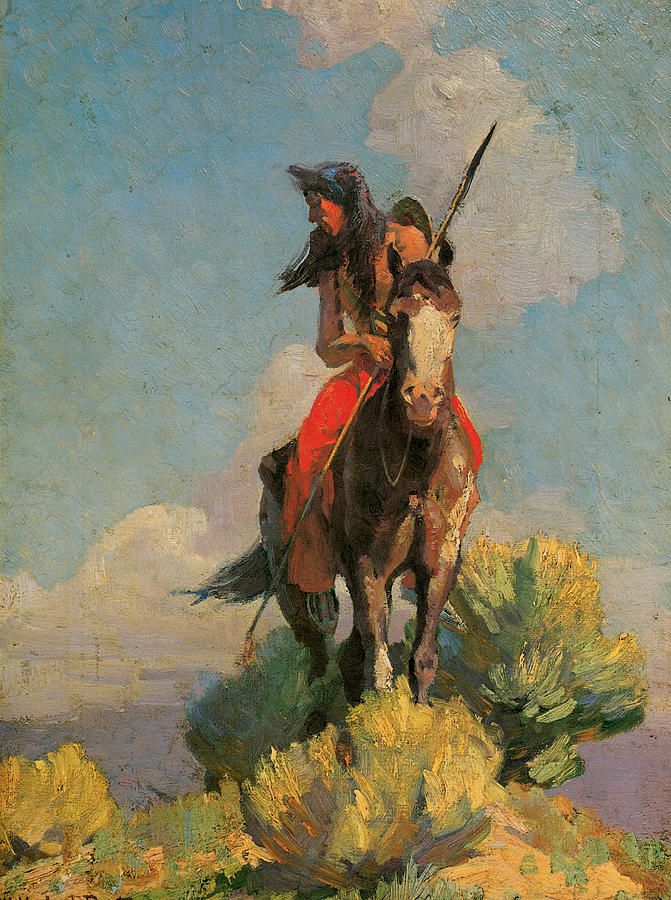 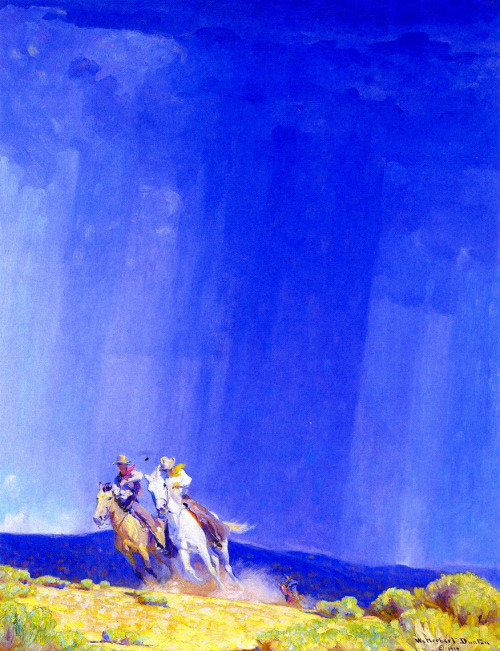 The Shower - 1914
Interesting, bold composition. I wonder if the original has different colors; the stormy sky should be gray, not a bright blue. 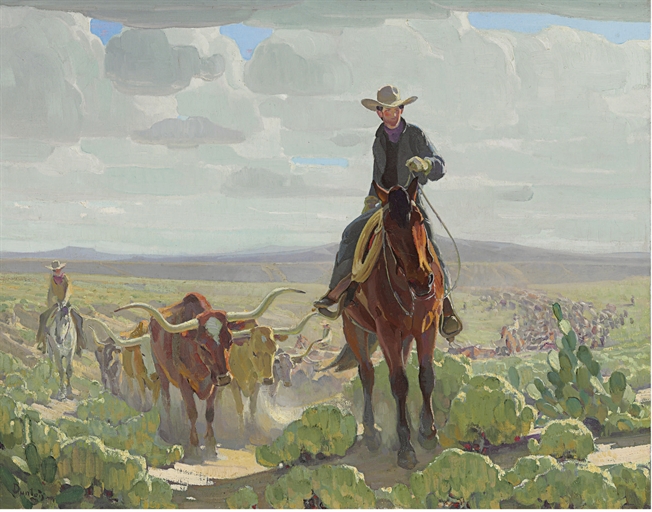 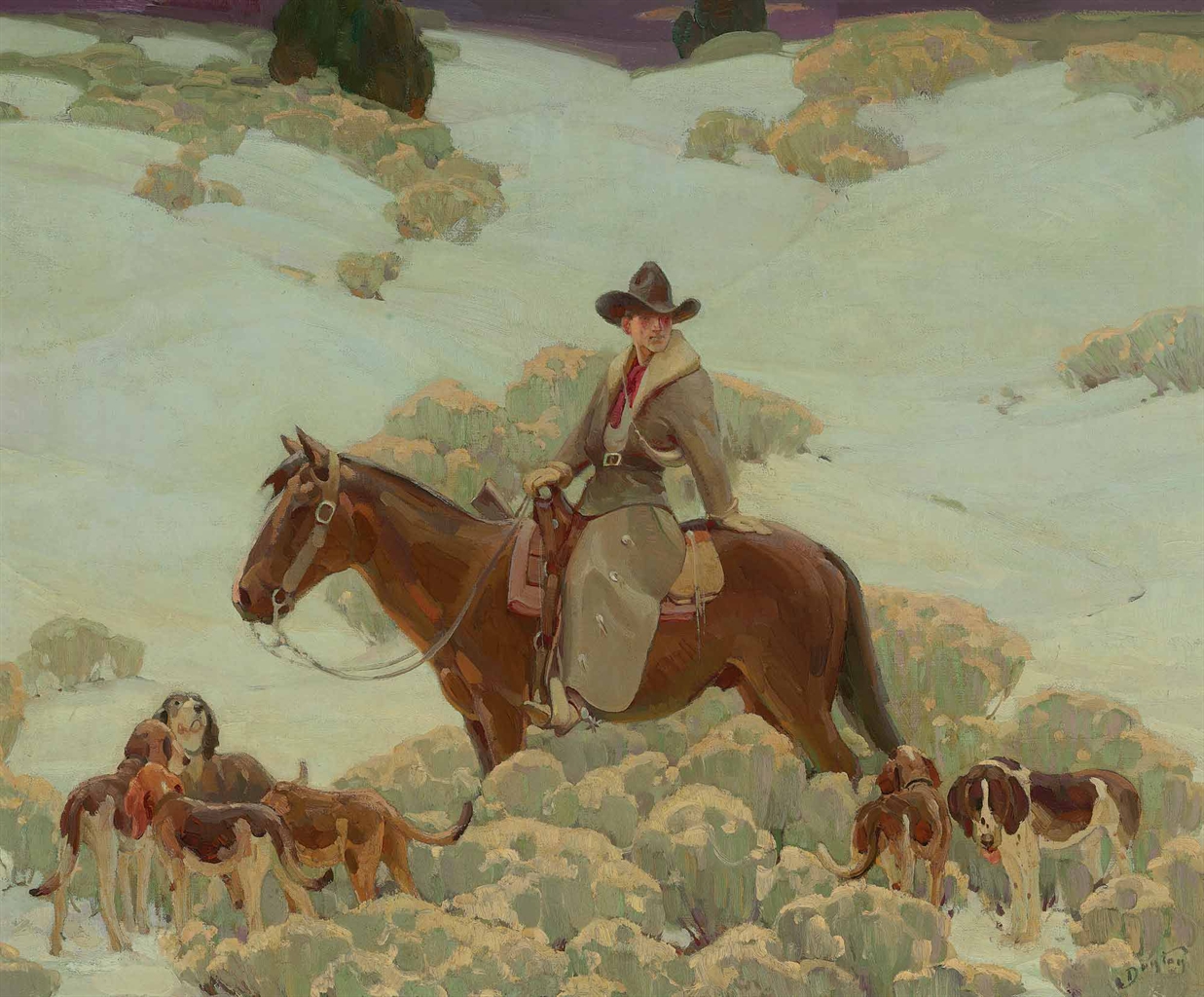 The Bob Cat Hunter
Auctioned at Christie's in 2010 for $662,500. I don't have dates for either of these paintings, but their style is similar, showing a hint of Modernist simplification. 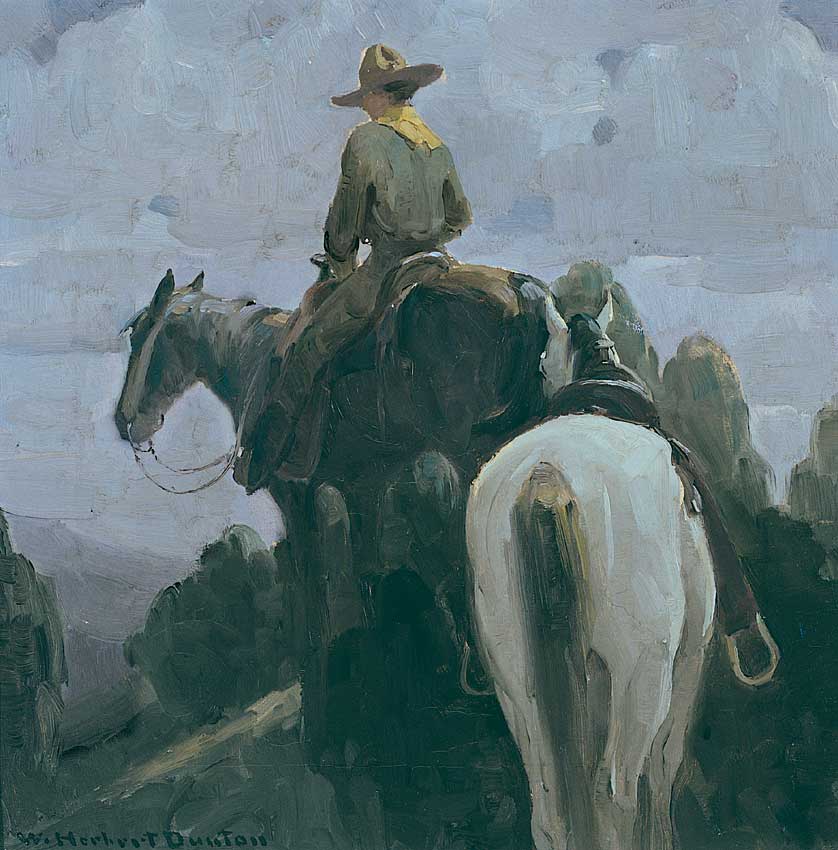 The Rendezvous
No date for this one, either. I'm guessing that it was done before the two painting above it. 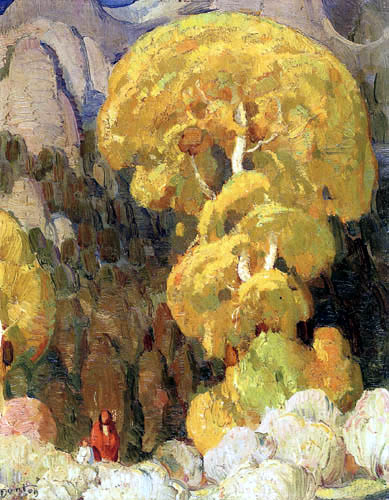 Cottonwood in the Indian Canyon
More Modernism. Besides simplification of forms, we now see that forms are being abstracted into somewhat geometric objects such as the Iowa trees Grant Wood was painting in the early 1930s. 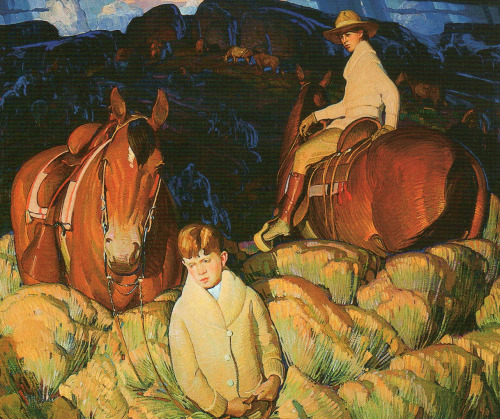 My Children - 1920
This has a mural-like feel to it, yet also reminds me of the paintings of George W. Lambert. 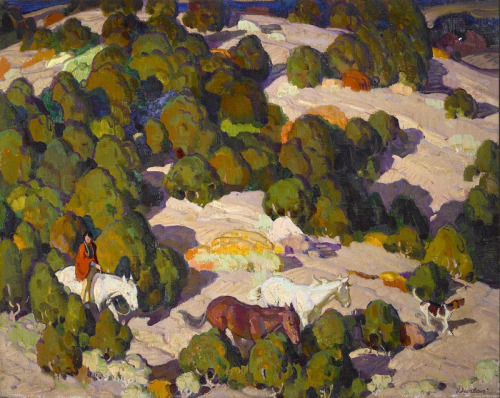 Sunset in the Foothills
Another instance of simplification and geometry. Nice painting however, as is the one above it.