Luigi Bonazza: Not Quite Traditional

An item that caught my attention was this large triptych:

It's titled La leggenda di Orfeo (1905), painted by Luigi Bonazza (1877-1965). The image above does not have very good resolution. Otherwise, it would show that Bonazzo used a form of pointillism to fill areas of what otherwise appear to be solid, sharply painted subjects.

According to this Wikipedia entry (in Italian), he was born and grew up in Arco, just north of Lake Garda in Trentino, or Südtirol in the Austro-Hungarian Empire, which has been part of Italy since the Great War. Bonazzo was of the Italian-speaking community there and fled south when Italy declared war on the Central Powers, even though he had received his art training in Vienna.

Bonazzo seems to have spent much of his career in Trento, keeping his style almost traditional, yet with an air of modernism. More examples of his work are below. 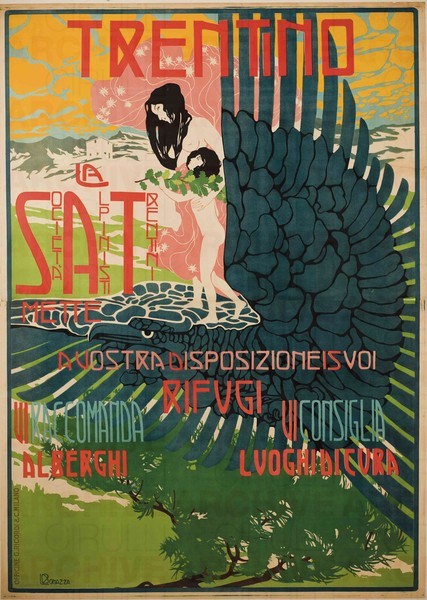 Trentino (Poster) - 1904
Bonazzo, like many artists of his time, also did commercial work. 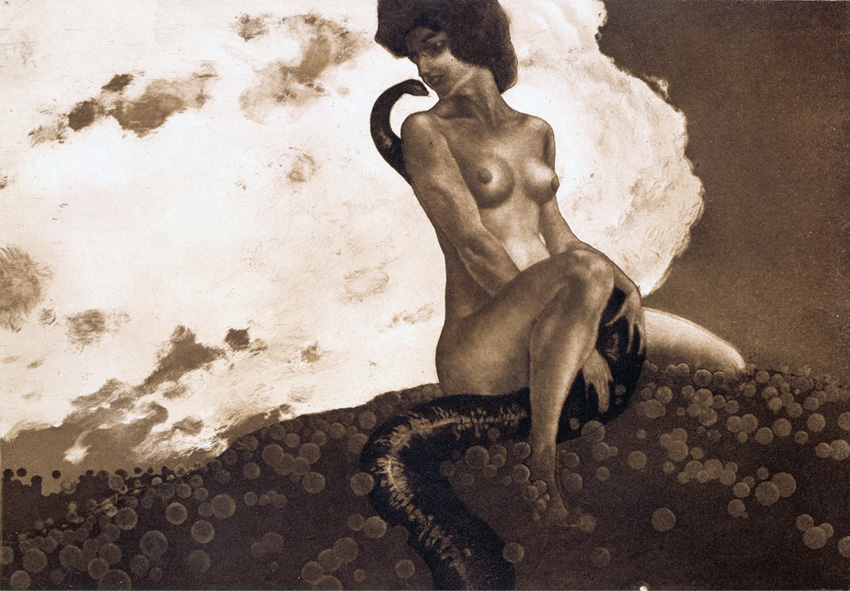 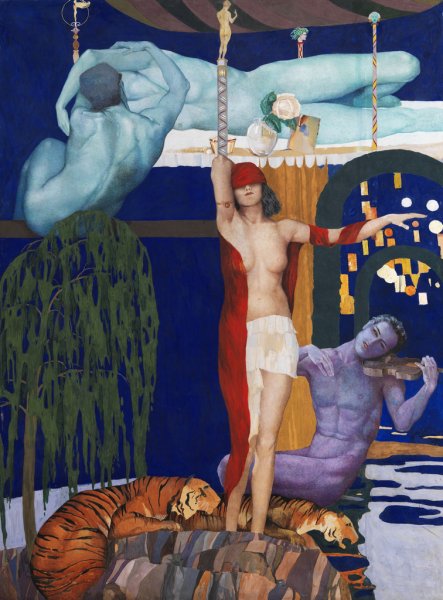 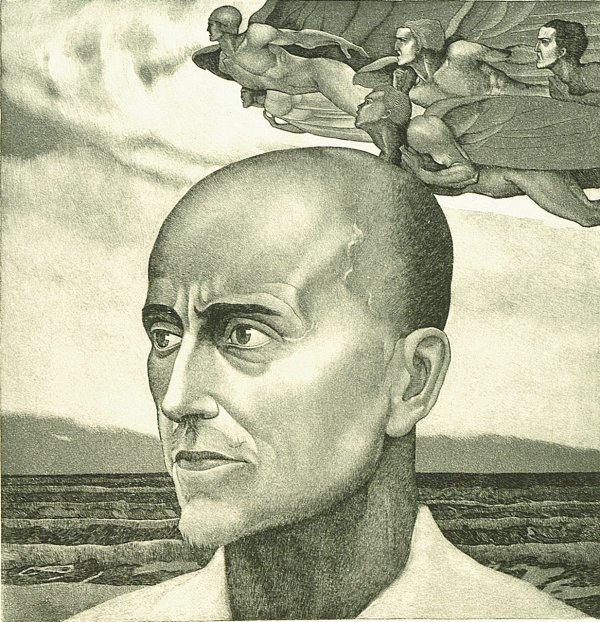 Gabriele D'Annunzio
Portrait of the poet, adventurer, aviator and politician. 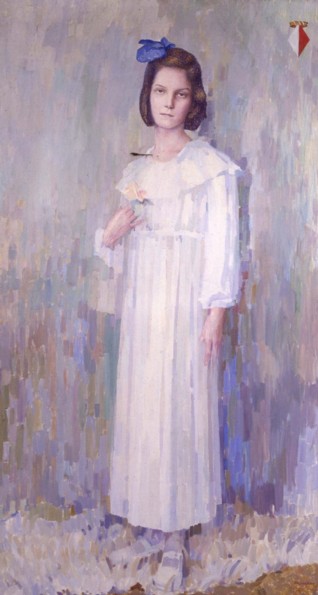 Ritratto di Feliciana - 1939
A later work also adding a slight modernist touch to a traditional format.
Posted by Donald Pittenger at 1:00 AM

Dear Donald,
happy to see a post on Luigi Bonazza!

My family is very attached to him, as he painted a wonderful portrait of our grandmother.
Ritratto di Italia Bertotti, 1923. The painting is at MART, Rovereto (museum of art).
Dimensions 165x75 cm.
The pointillisme technique in this painting is outstanding. The subject is my grandmother at the age of 15.
Here is a link to it, if you like
https://it.pinterest.com/gnardex/luigi-bonazza-ritratto-di-italia-bertotti/
(in the same pinterest showboard there is also a very nice etching by Luigi Bonazza, Leda and the Swan, 1908)

Let me know if you like them
cheers
Giuseppe


I know very well the legend of Orfeo, as its permanent
position is in Trento, where I live.

Sorry I forgot to tell you that I know informations on "notte d'estate".
The source is the general catalog of the works by Luigi Bonazza.
The painting is signed and dated 1935 (so much later than the dates you have written).
The reason of the discrepancy is probably that "Notte d'estate" (Summer night) is also a fresco in his own house, in Trento, that he did around 1920.
The tempera on cardboard painted in 1938 (and with the same title of the fresco) is obviously inspired from the fresco and with the same title.

His work was strongly inspired by the Viennese style of painting: from 1897 to 1912 he was in Vienna. He was pupil of Gustav Klimt. Many of his painting are indeed beautiful.

Giuseppi -- Thank you for the link and information. Bonazza's work was very interesting and, perhaps, would be better known today had he worked in Milan, Florence or Rome instead of Trento. Even so, I suspect his style would have been too late-19th century (that is, old fashioned) for him to have made a stronger mark when 20th century modernist "isms" were becoming mainstream. Too bad.