Pieter van der Hem (1885-1961), called "Piet," came to my attention thanks to this Sept. 21, 2015 post on David Apatoff's Illustration Art blog. Apatoff was contrasting van der Hem's painting and conventional illustration career with his work during the Great War as a political cartoonist in neutral Amsterdam. According to his Dutch Wikipedia entry, he did further editorial cartooning after the war.

I found his wartime cartoons to be of the standard-issue anti-war kind as found in leftist publications such as The Masses. The post-war cartoons I noticed while Googling seemed to be mostly gentle in tone, such as might be found in American general-interest magazines of that time. (Though I easily could have missed harsher ones that failed to pop up during my search.)

Below are examples of van der Hem's painting and illustration. He was versatile, and had a nice touch better suited to illustration than Fine Arts painting. 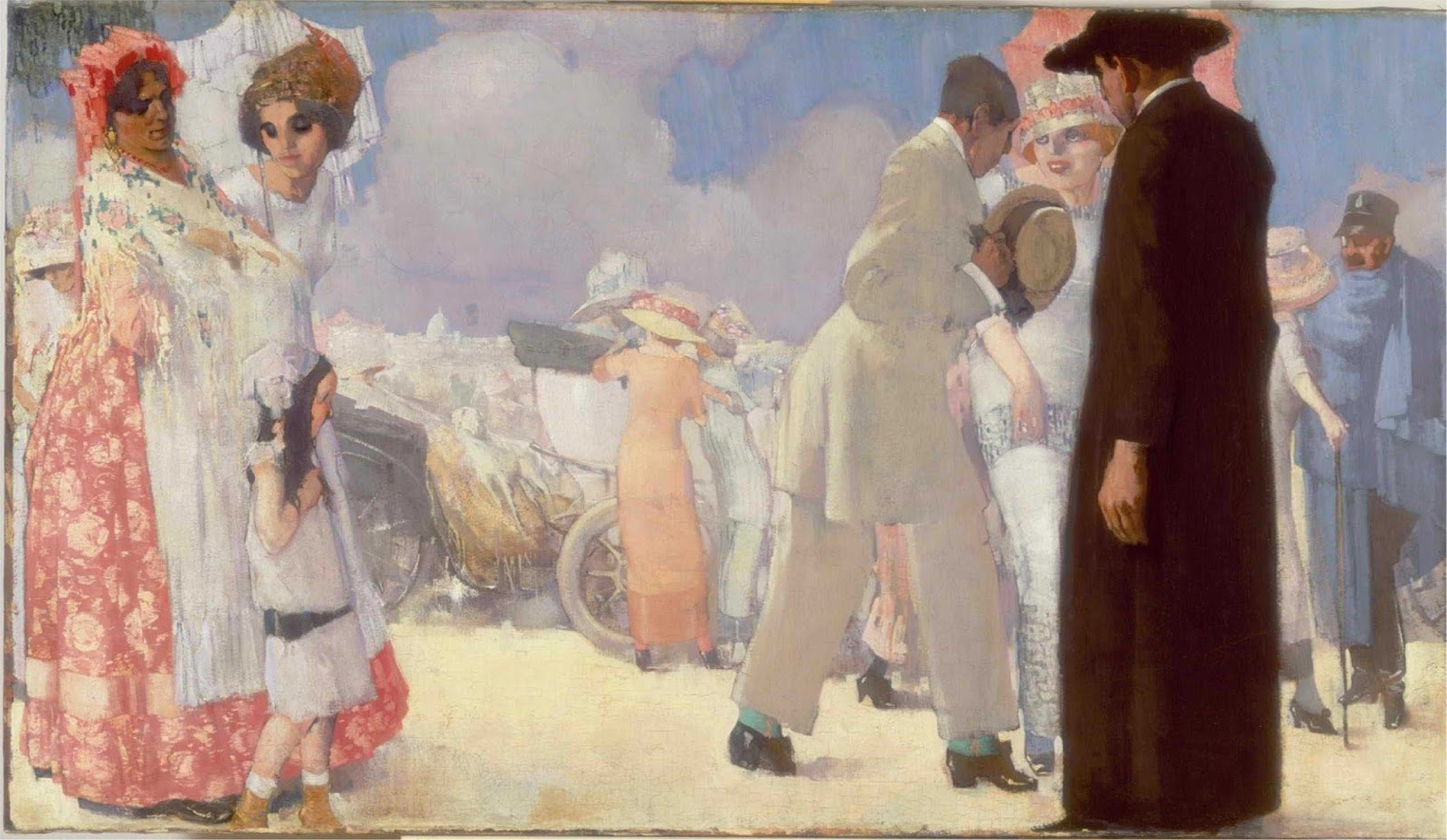 A Promenade on the Pincio, Rome
This was included in David Apatoff's blog post. 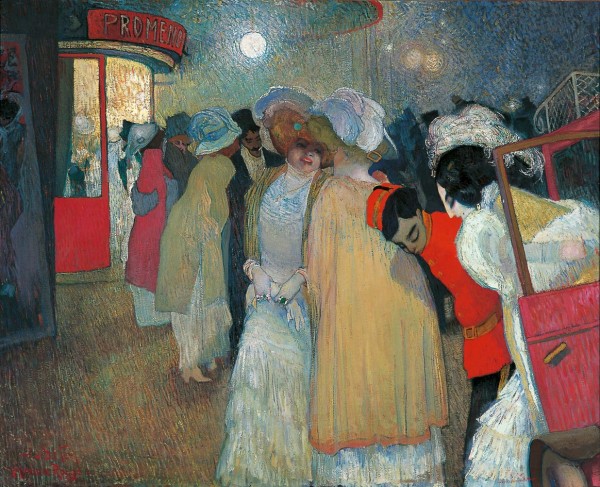 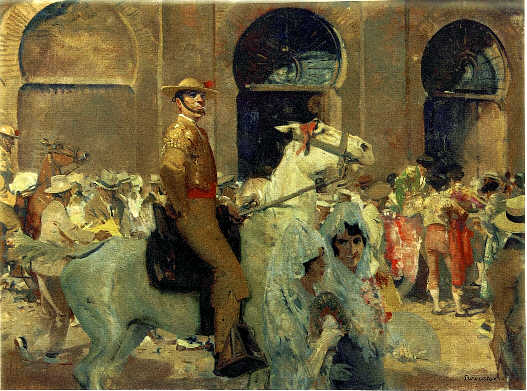 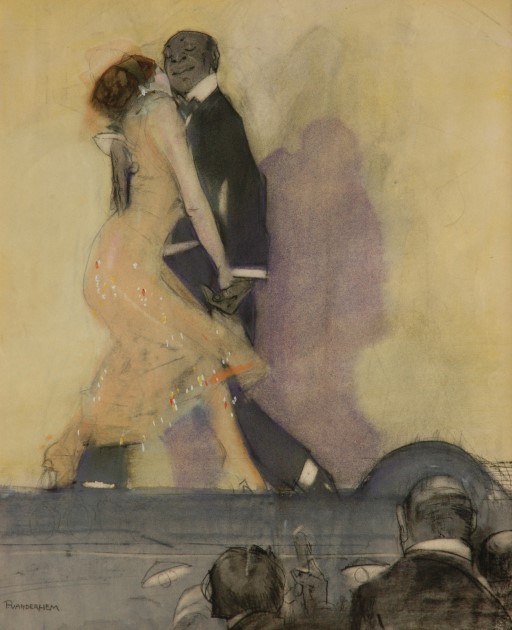 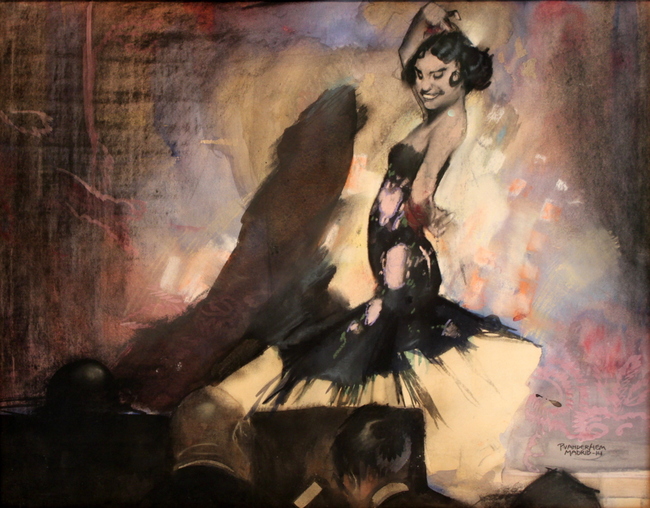 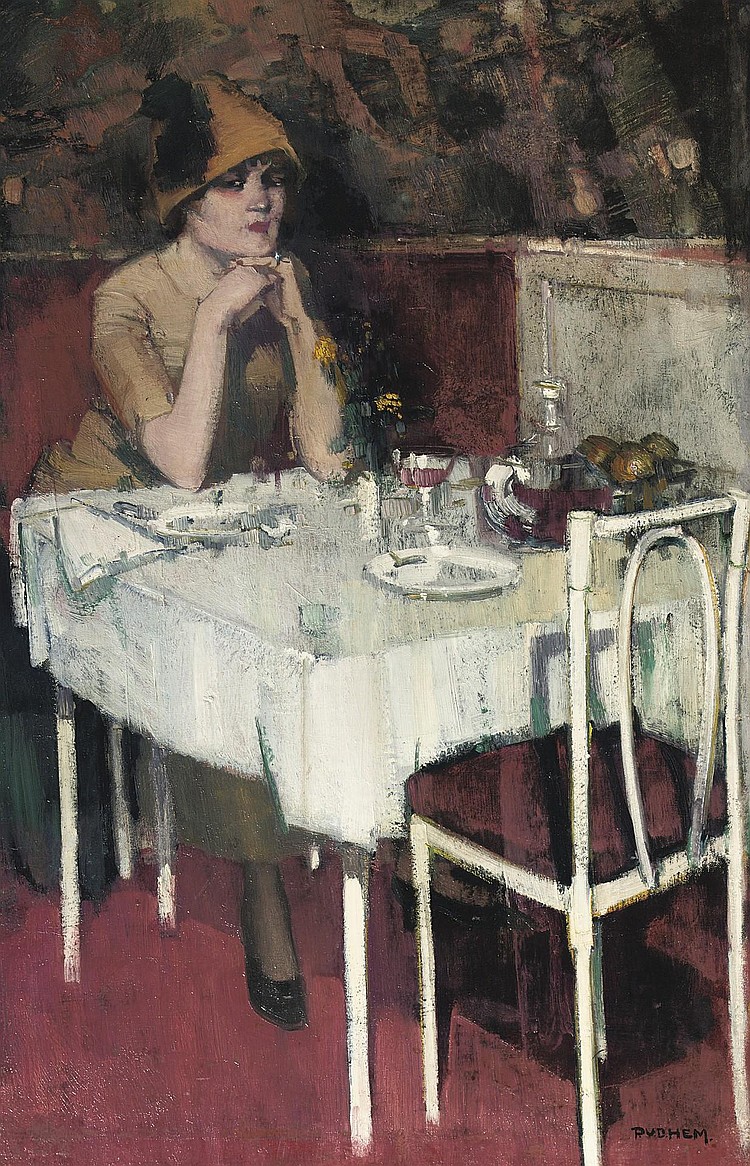 Woman waiting at a restaurant table 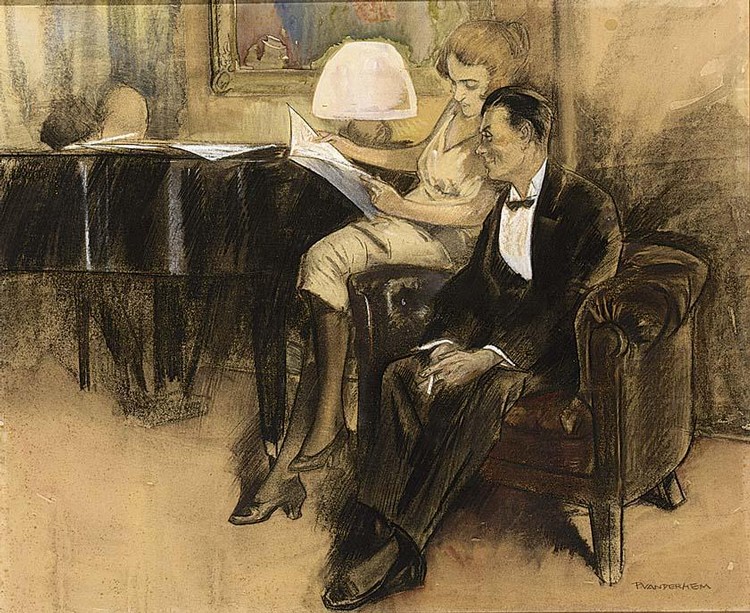 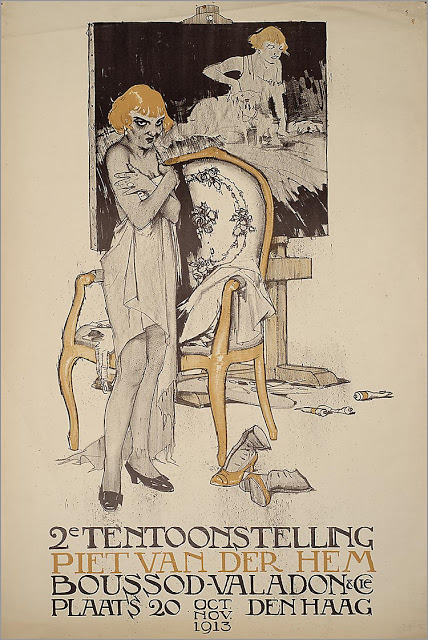 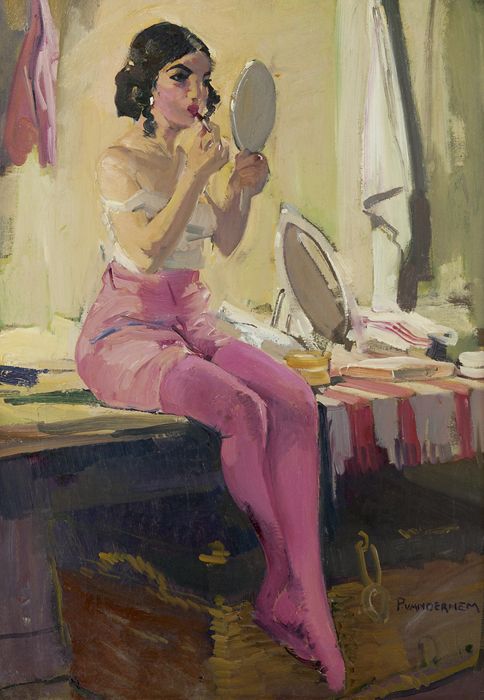 In het theater - In the Theatre
This might have been painted after 1930.