Sir Frank William Brangwyn (1867-1956) was largely self-taught, as this Wikipedia entry mentions. That supposed lack was no obstacle, because Brangwyn had a long, successful career. I wrote about his railroad poster work here.

He had a strong, interesting style suited to mural painting. An 1895 mural commission definitely launched the style featured below, but he was already heading in that direction. In the early 1890s he traveled to North Africa and Turkey, and the scenery there brightened his palette. He also began to paint in a flatter manner and introduce outlining, and important feature of murals that had to be seen and read from a distance.

Some of the images below are quite large, so click on them to view in even greater detail. 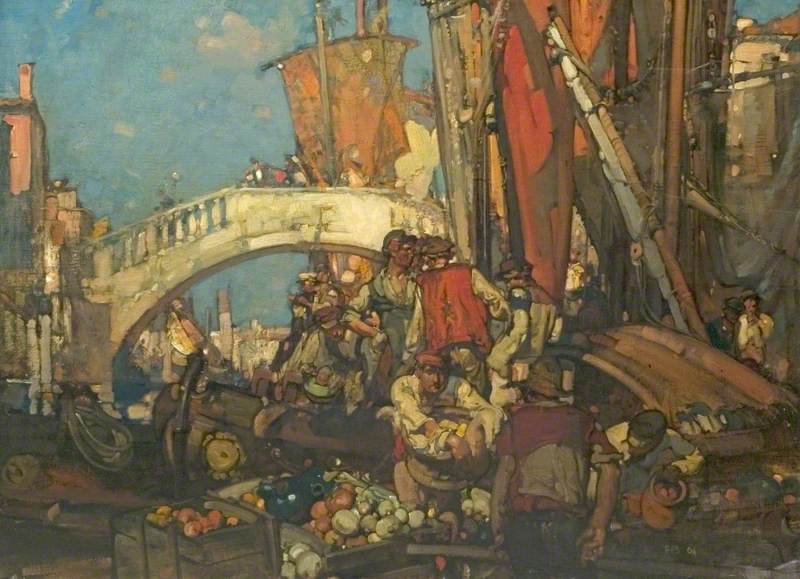 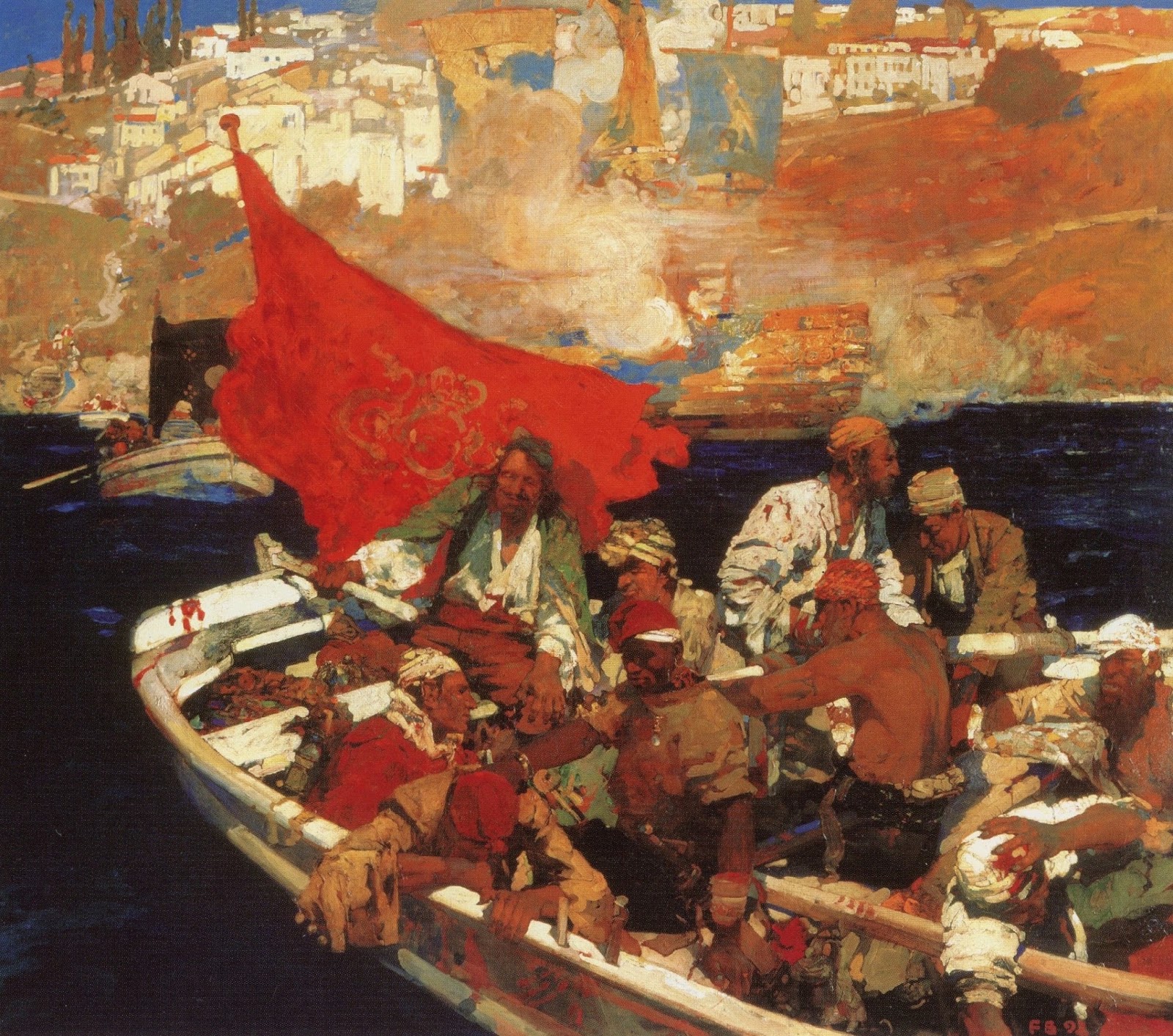 Buccaneers - 1892
This pre-1895 painting approaches his mural style, though stronger outlining is lacking. 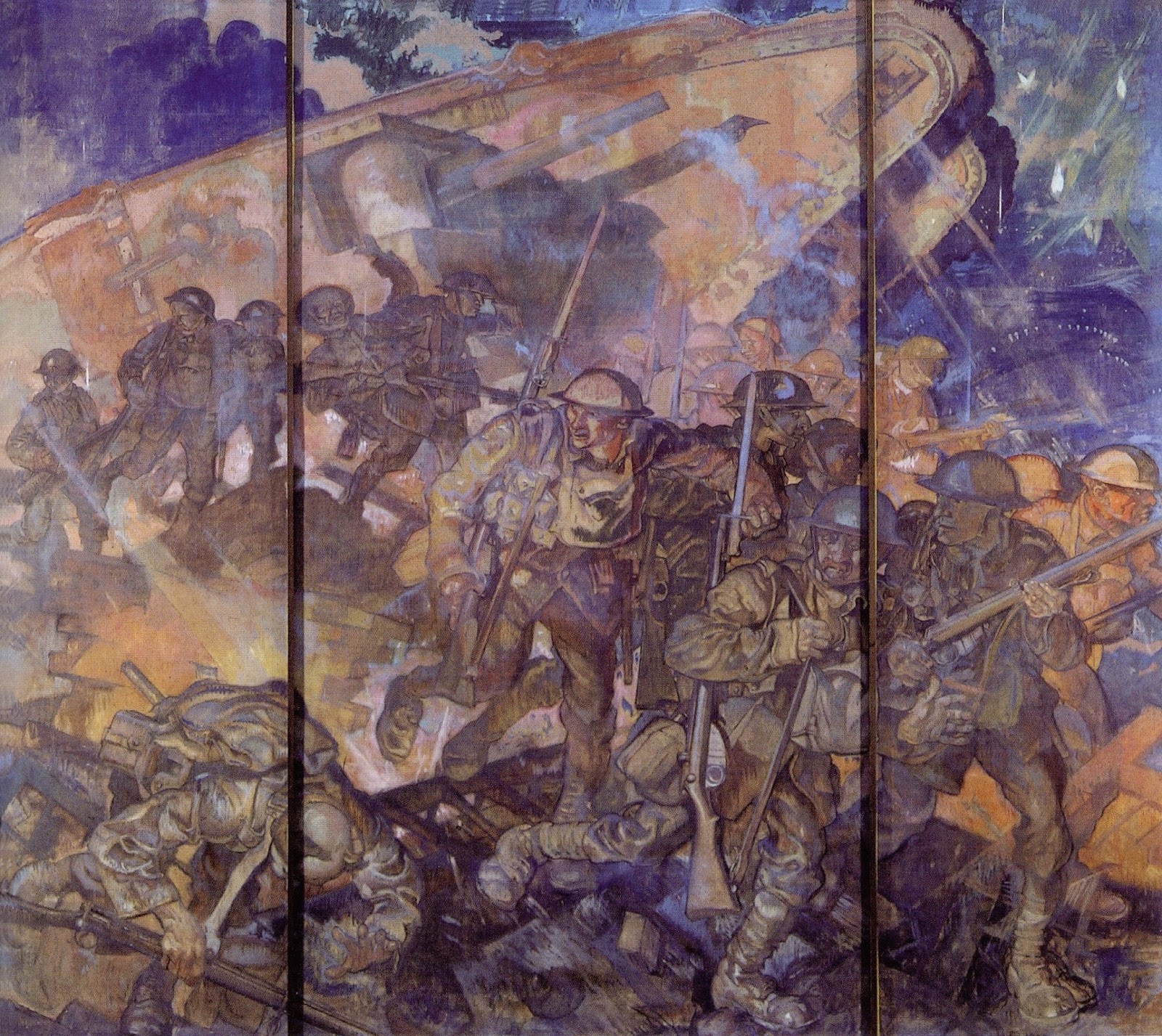 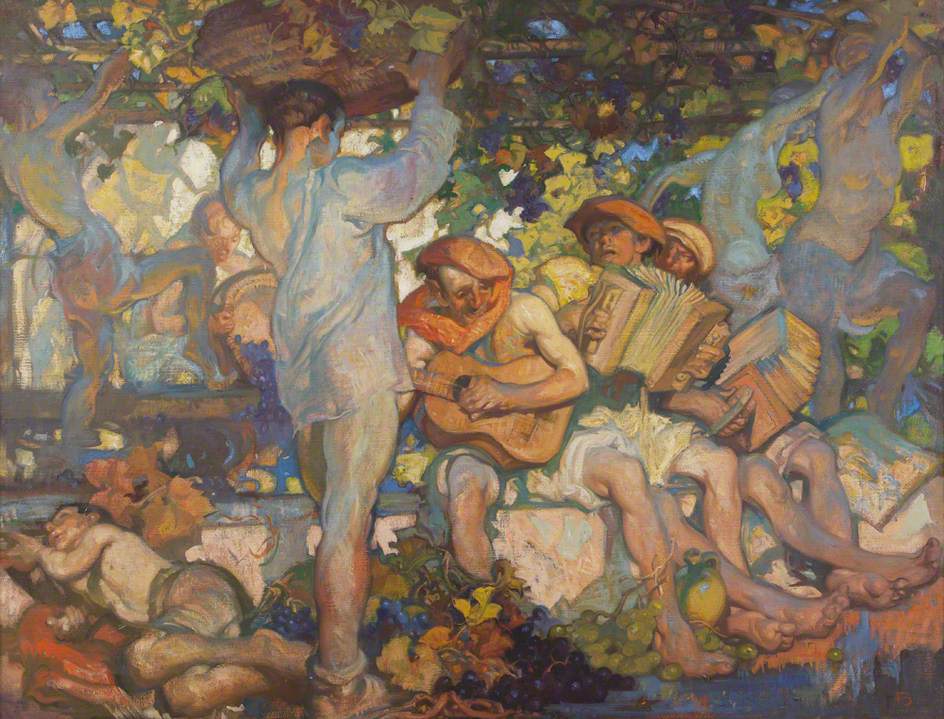 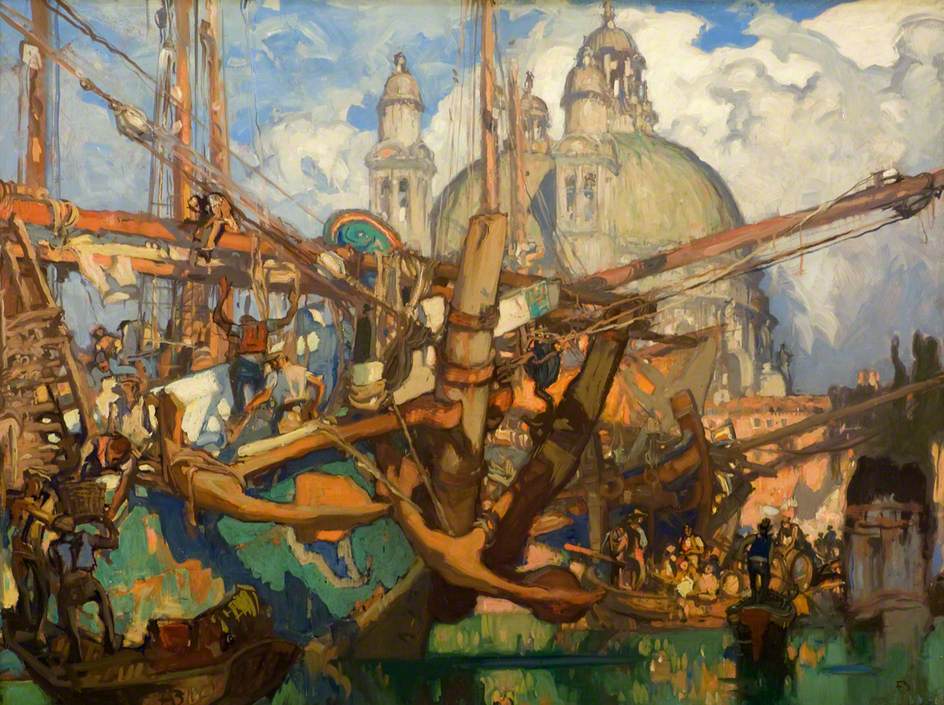 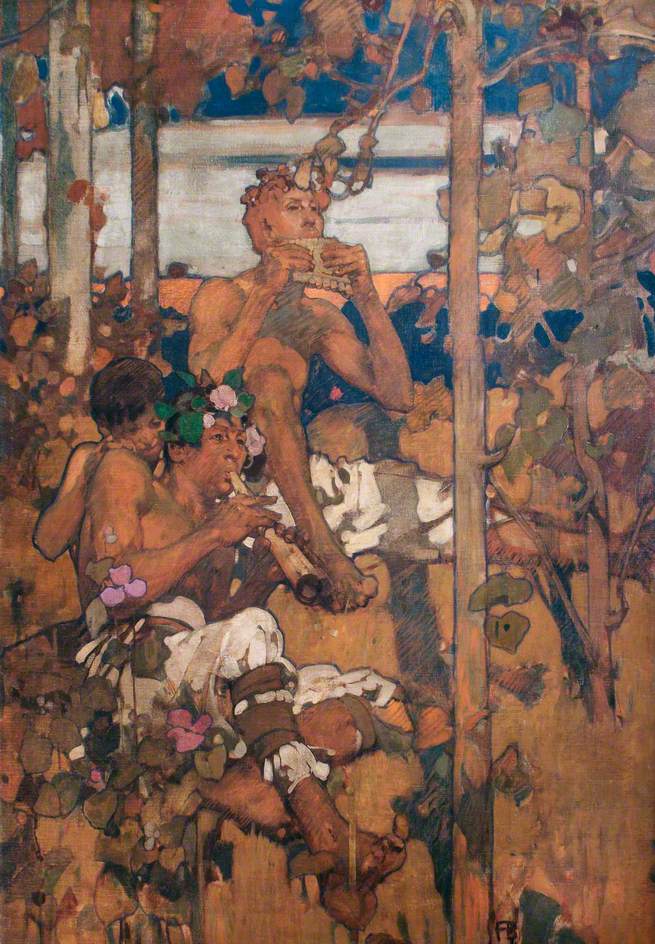 Music - 1895
"Music" and "Dance," below, were panels in Siegfried Bing's famous Galeries l'Art Nouveau in Paris that gave the name to that stylistic movement. 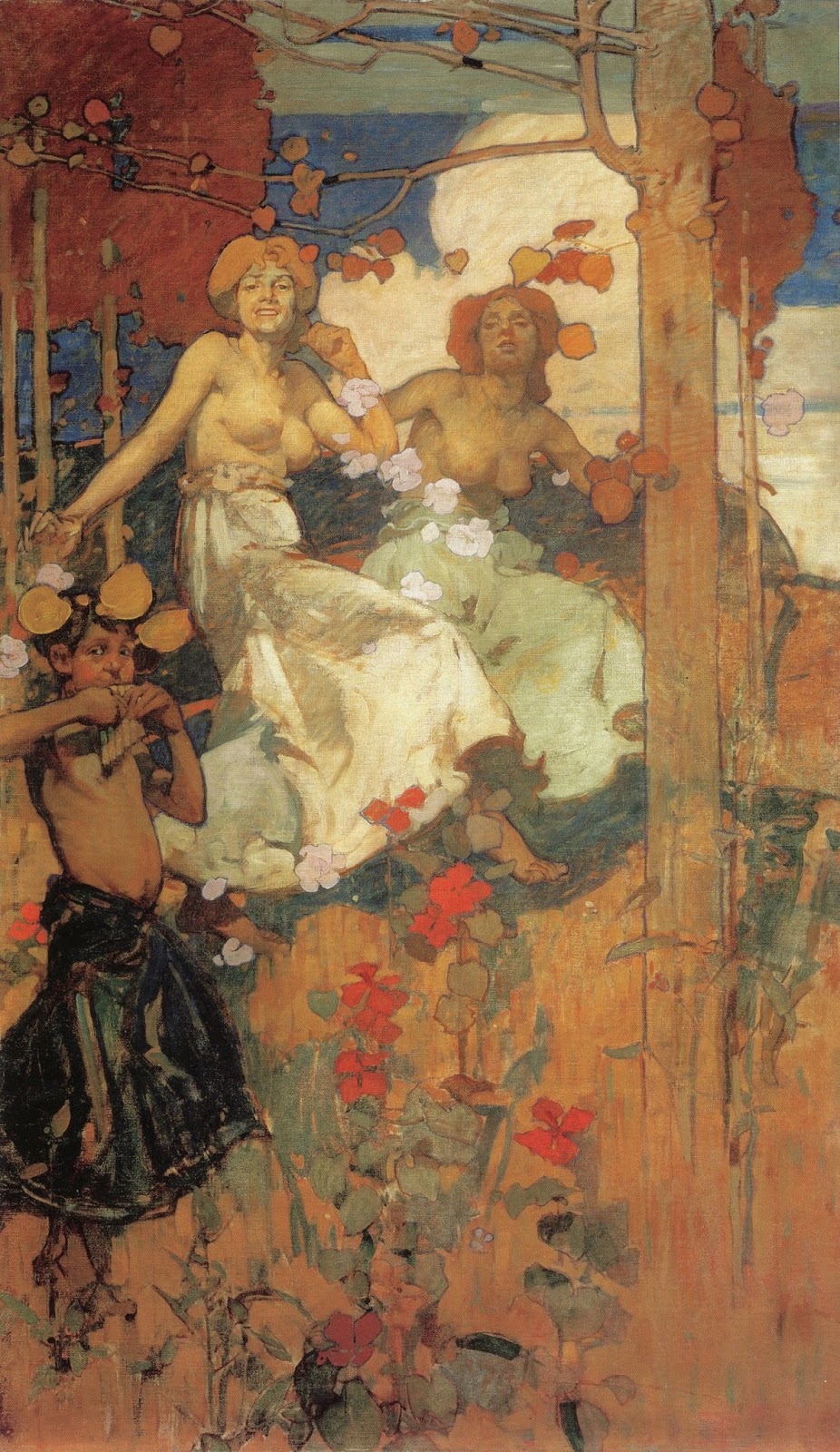 Dance - 1895
The other Galeries l'Art Nouveau mural. This is one of my favorite Brangwyn works. 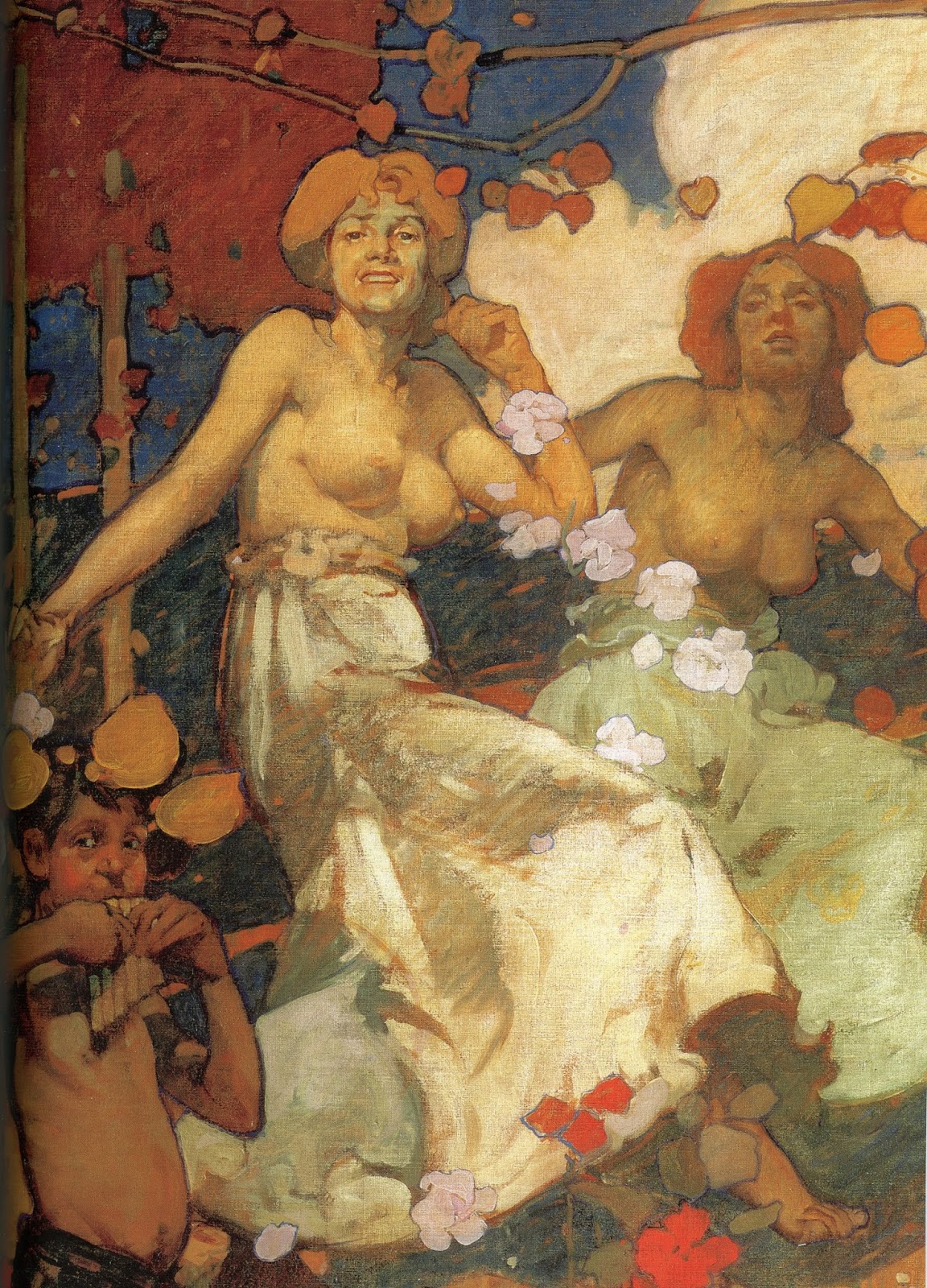 Dance - detail - 1895
I find Brangwyn's use of color and outlining fascinating because I'm not sure if he had a system for this or whether it was intuitive.