Back around 1960, Maurice Utrillo (1883-1955) was still being featured as an example of modernism in an art history class I took in college. But his reputation was probably on the wane by then, and he became more of a historical footnote in the years that followed. His Wikipedia entry is here, and a web site dedicated to him is here.

I haven't followed prices of Utrillo paintings, so can't say when or if they bottomed out. So far as I know, they didn't fall to ha'penny type prices as happened for a while for the likes of William Bouguereau, and recent sales prices of some Utrillos have been at more than 100K in euros, pounds and U.S. dollars.

The most interest in Utrillo seems to be in France, where the Pinacothèque de Paris had a 2009 exhibition devoted to him and his mother, the model/painter Suzanne Valadon.

Utrillo himself was a mess at the personal level. Besides being alcoholic, he was in general a weak man with mental problems. The art training he got was from his mother, who learned her craft in her modeling days from the likes of Edgar Degas. Plus, he spent many years in Paris' Montmartre neighborhood, home to painters of the bohemian sort and absorbed the setting and the art being made there.

His best paintings were made during the first 20 or so years of his career, when he worked on his cityscapes outdoors. Some references refer to this as his "white" period, because the buildings he depicted mostly had nearly-white walls, a Parisian characteristic. Later on, he was reduced to painting indoors, using picture postcard images as references.

Despite all that was working against him, Utrillo gained a strong reputation and his paintings sold well. Some examples are shown below. 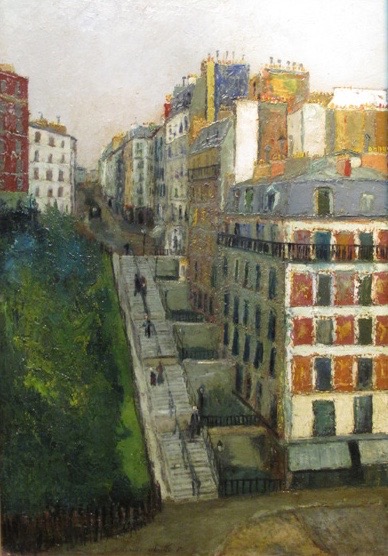 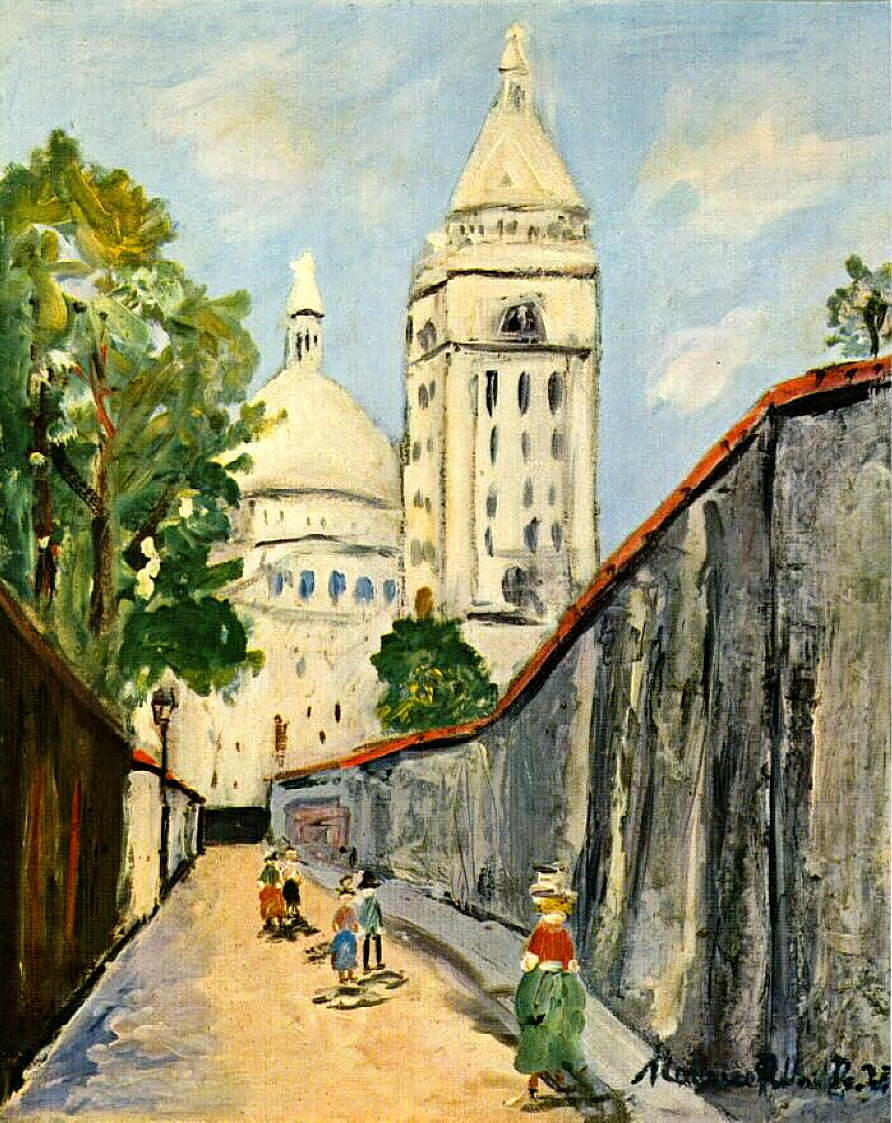 La Basilique du Sacré-Coeur, Paris
In the 1920s, Utrillo lived only a few blocks from where this was painted. 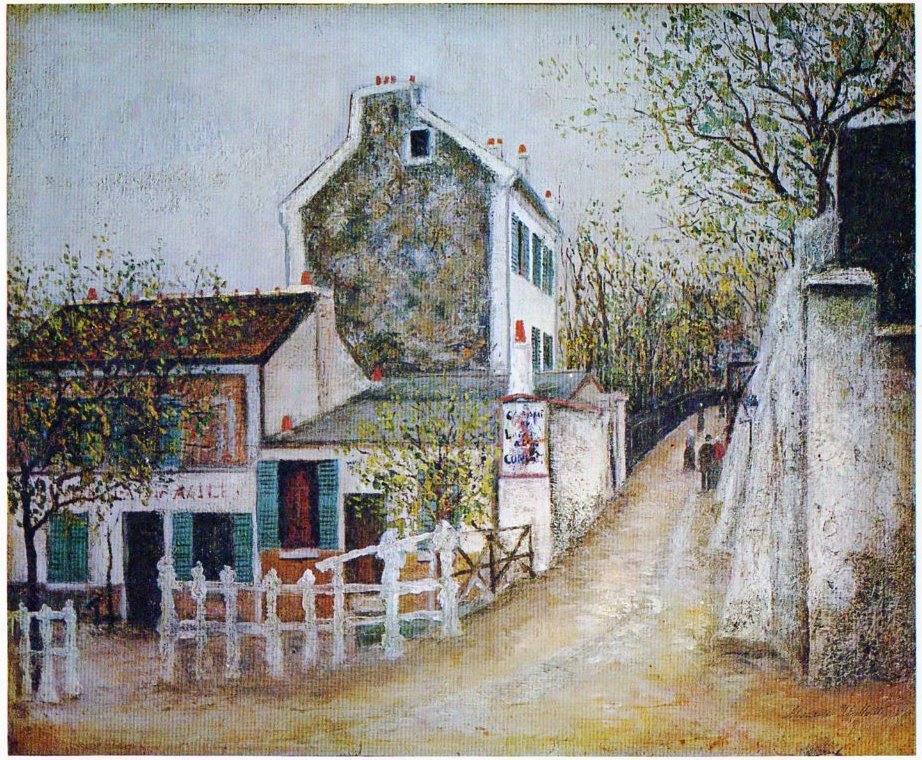 Cabaret du Lapin Agile
This was down the hill from where he once lived. 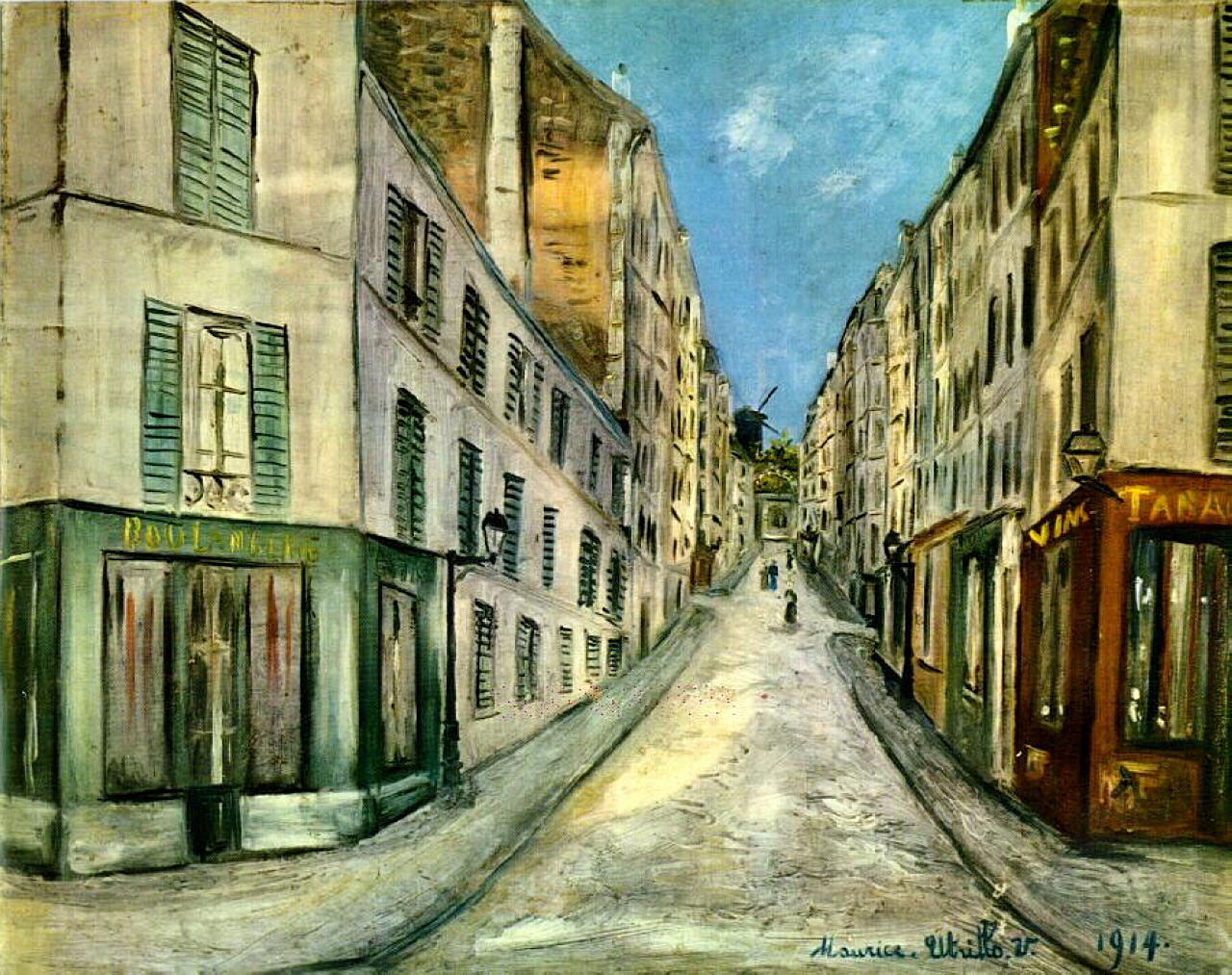 Paris street - 1914
Is that the Moulin de la Galette in the distance? 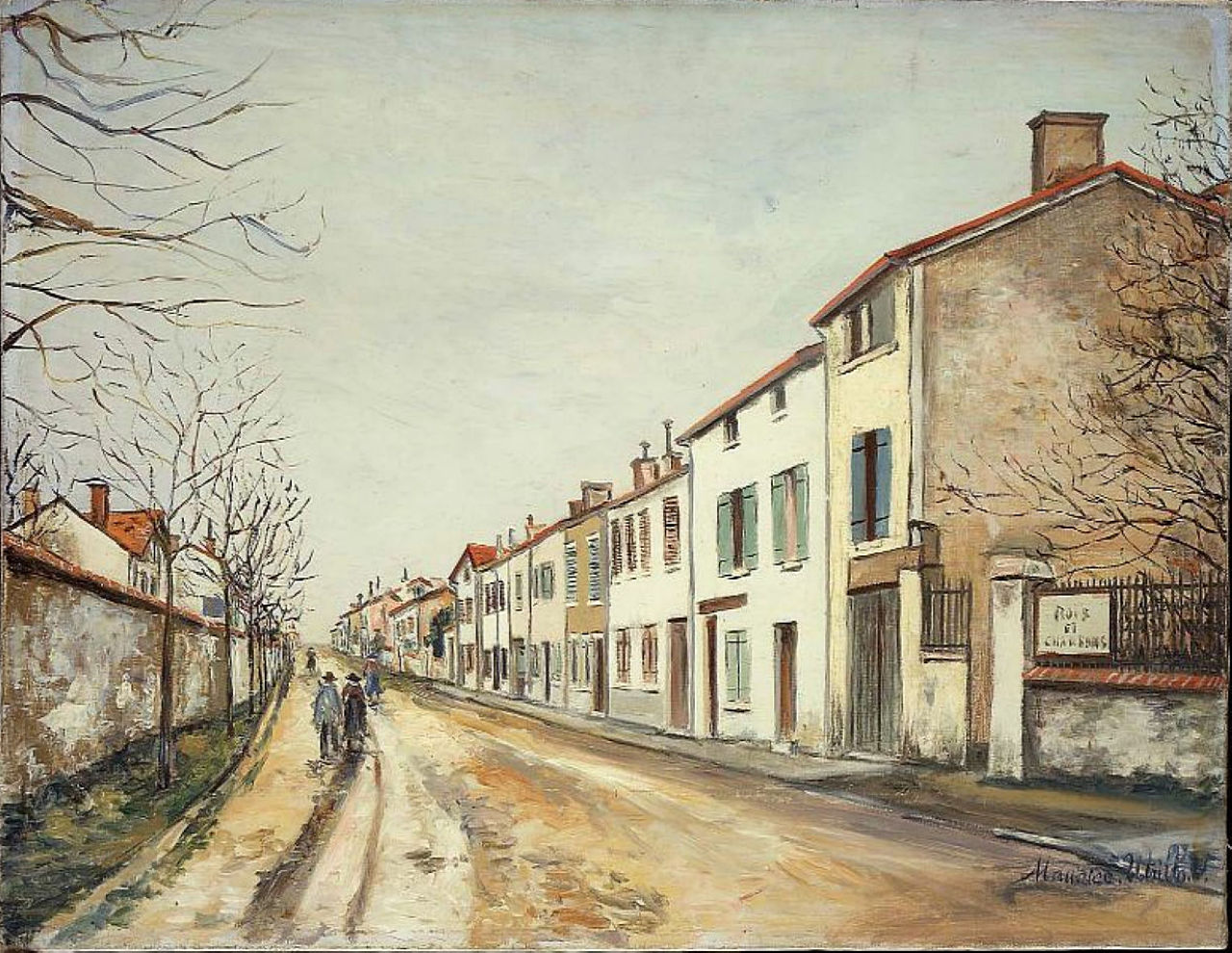 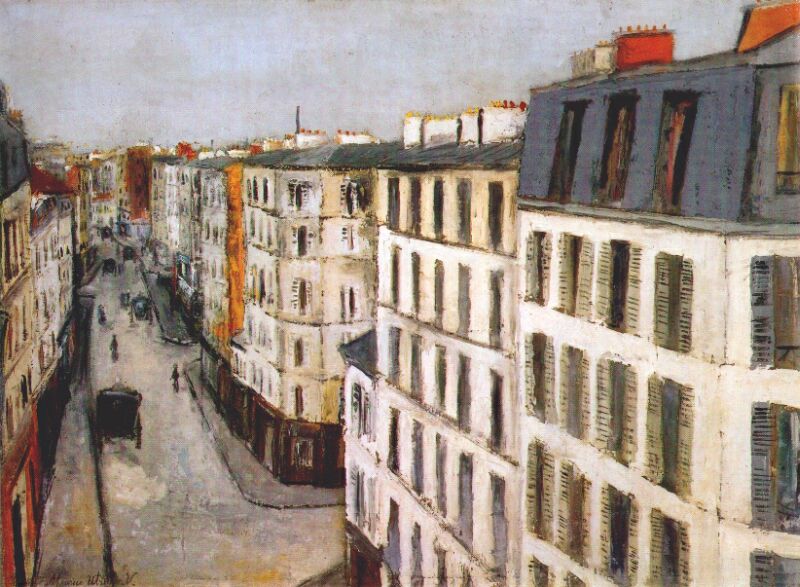 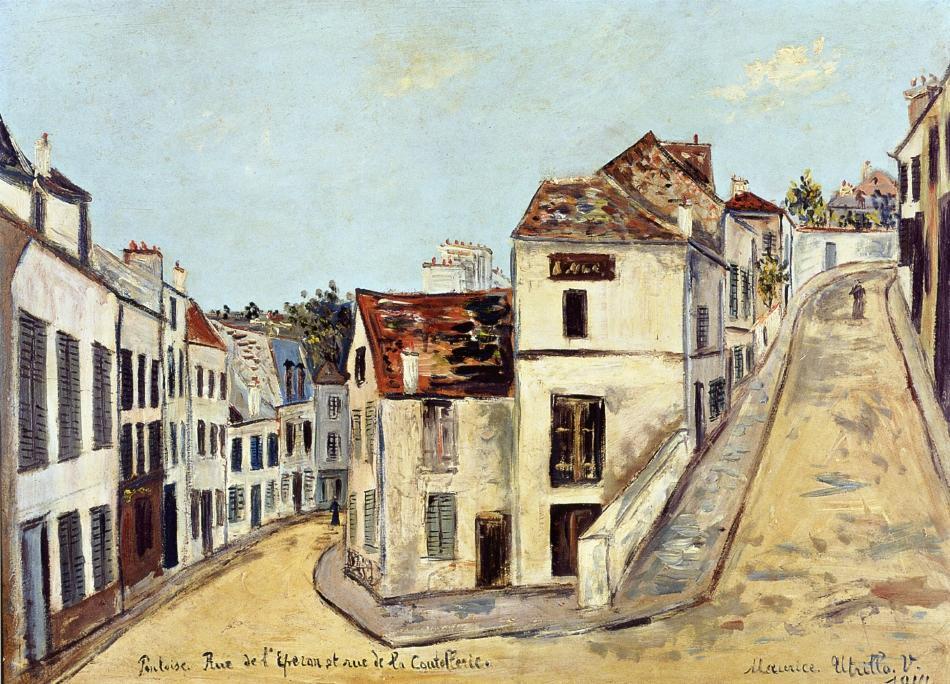 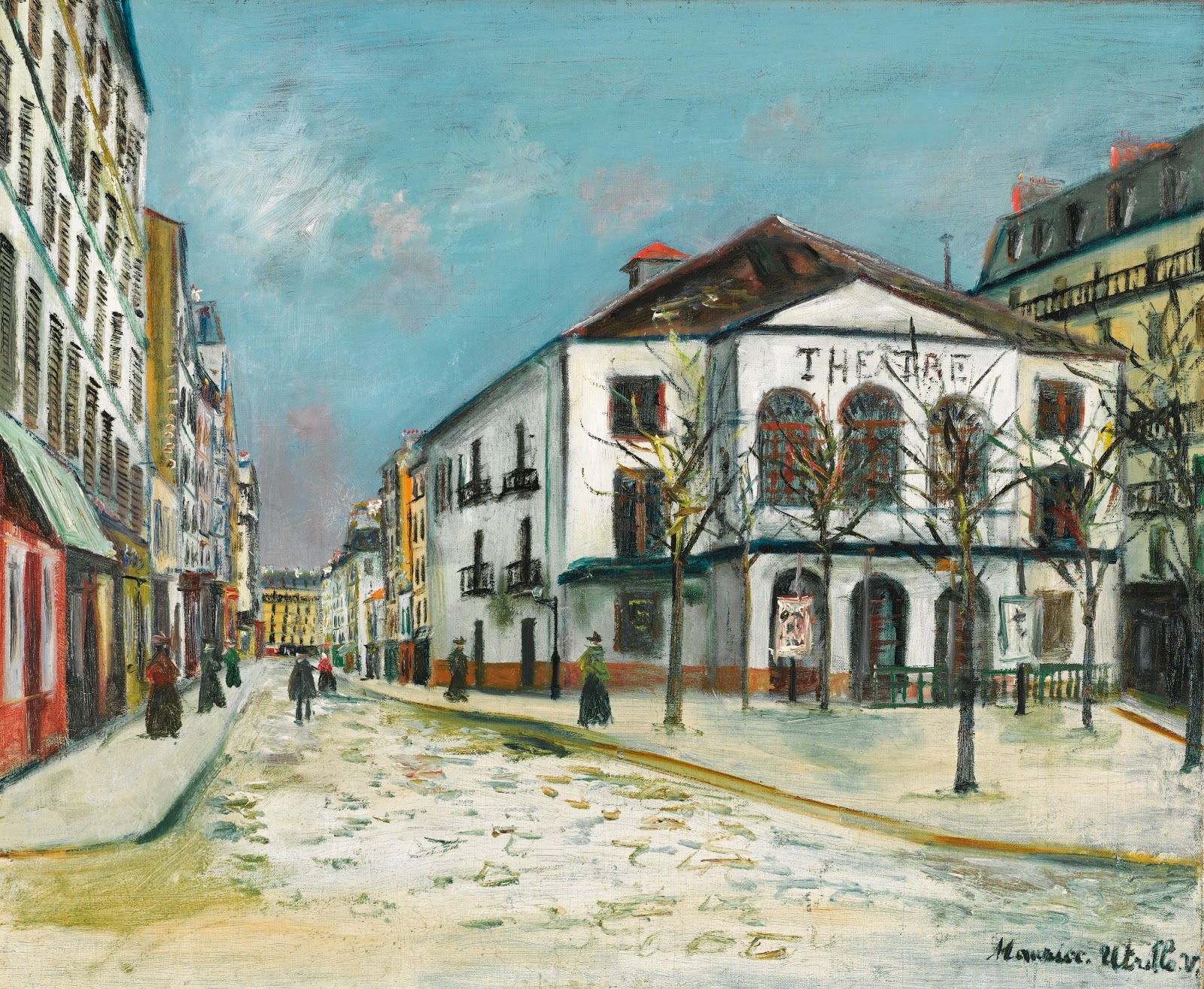 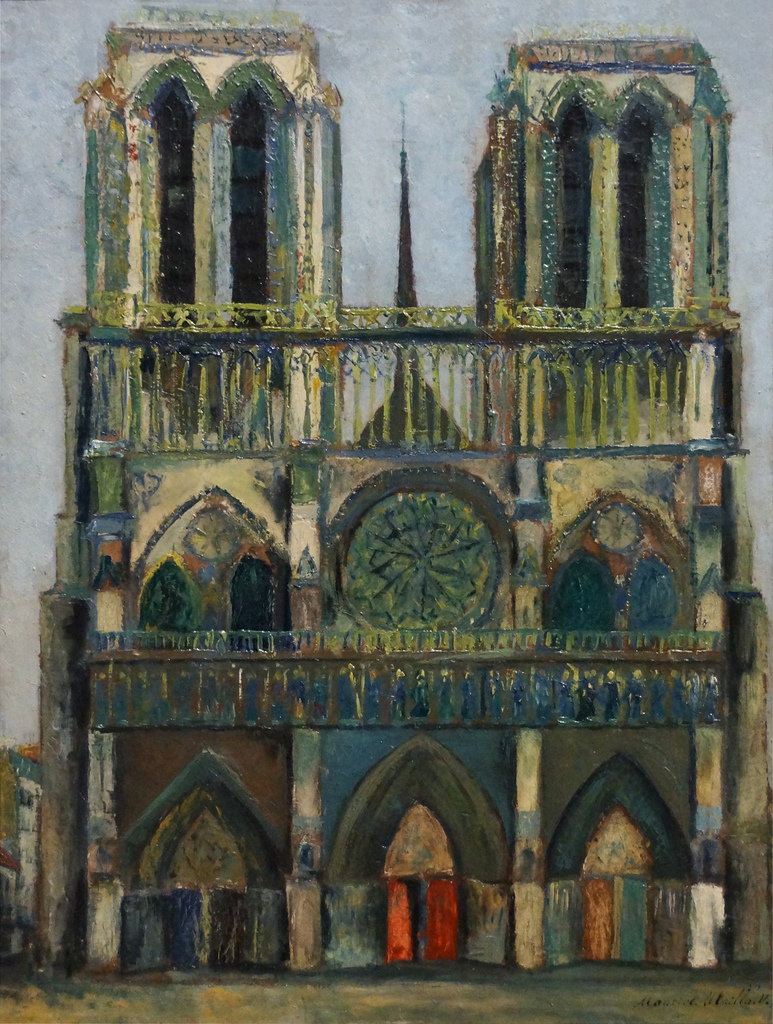 Notre-Dame, Paris
This might have been from a postcard-based reference.

I find it hard to evaluate Utrillo's paintings. Many have a kind of charm. They have a "primitive" or "untrained" feel to them, but not completely. That's because Utrillo either was taught perspective or had an intuitive sense of it. Not that he practiced it consistently, but part of the ethos of artistic Modernism was the rejection of previous standards, and this inconsistency probably helped to establish his modernist reputation.
Posted by Donald Pittenger at 1:00 AM

This brings back memories! My parents had a copy of "Eglise De Stains" (I had to look it up) in the living room when I was young. I always thought the paintings of France were of places I wanted to be.

Primitive yet sophisticated, if that makes any sense. I rather like his works.