William Penhallow Henderson (1877-1943) was one of a number of artists who moved to the Taos - Santa Fe part of New Mexico around one hundred years ago. In Henderson's case, this was in part because his wife was tubercular and it was thought that the dry climate would be helpful (and she did live for 36 more years). Here is some biographical information on Henderson.

What I find interesting about Henderson, Ernest Blumenschein, Buck Dunton and others of that New Mexican migration cohort is that their painting styles had similarities. Could it have been the climate, topography and Indian subculture of north-central New Mexico that molded their paintings? To some degree I think this was so. But not to the degree that the California Impressionists' art was influenced by their subject matter. New Mexico painters also tended to be influenced by art style fashion, and one strong fashion prevalent from the late 'teens through the 1920s and well into the 1930s was what I've called Modernism-Light. That is, forms were simplified, often with a hint of reduction to geometric shapes, and certainly by elimination of some surface detailing. What I am not yet sure of is whether buyers of such paintings demanded that style or if there instead was subtle peer pressure or group-think going on. 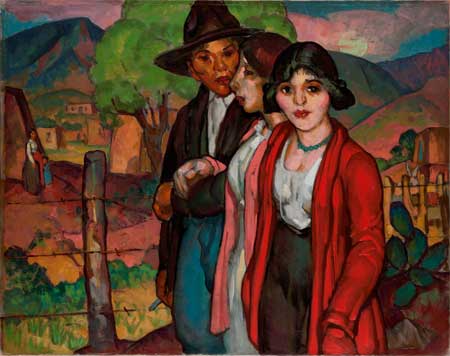 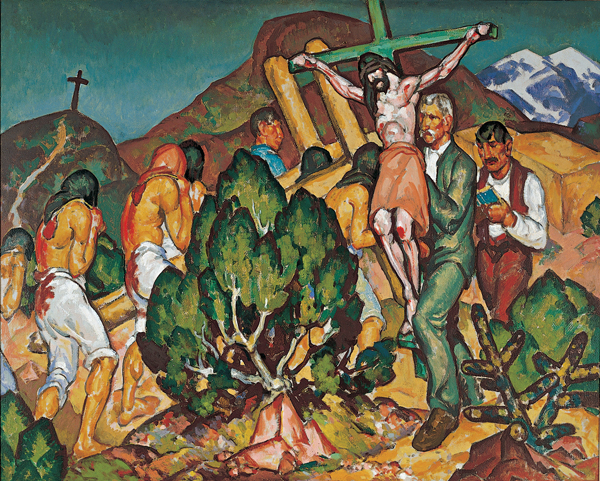 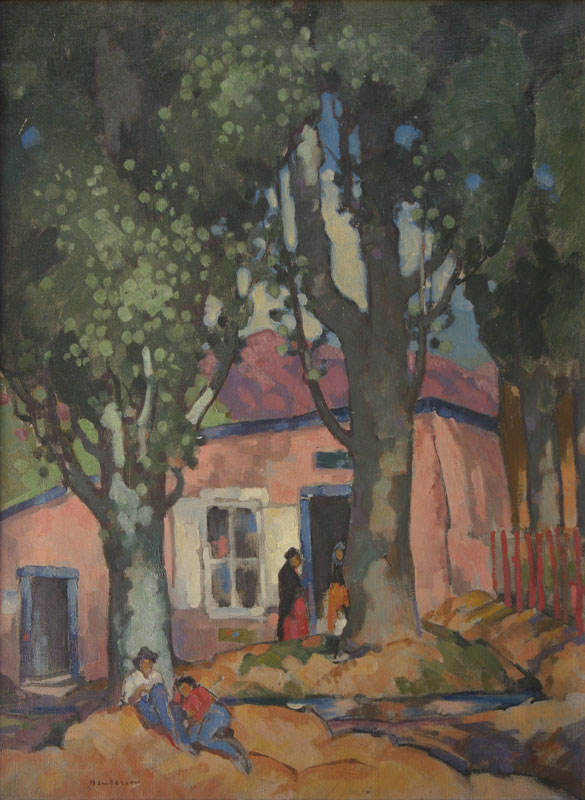 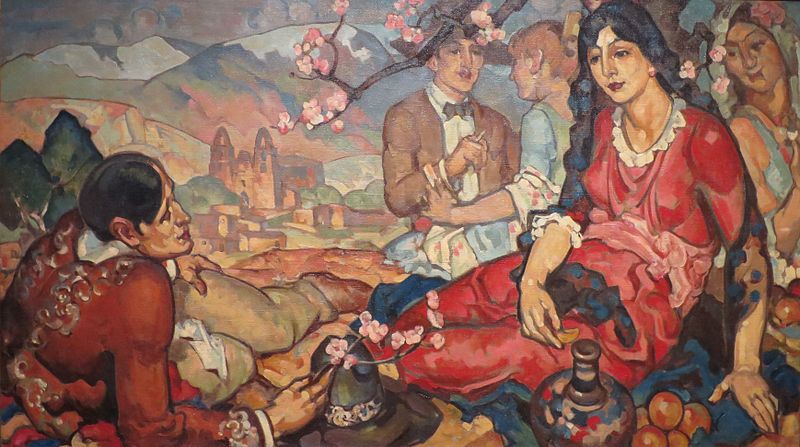 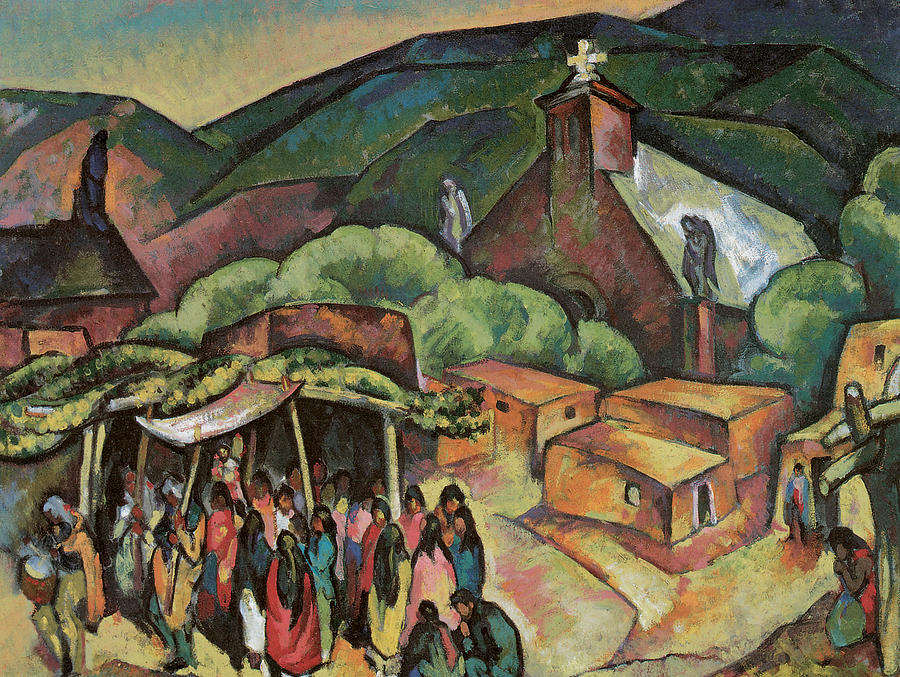 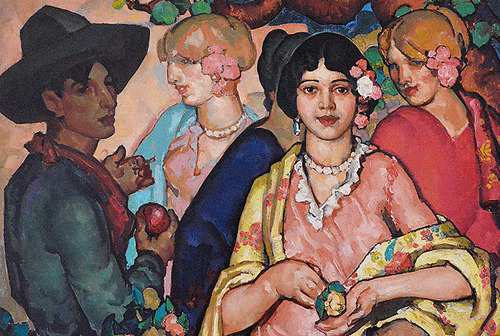 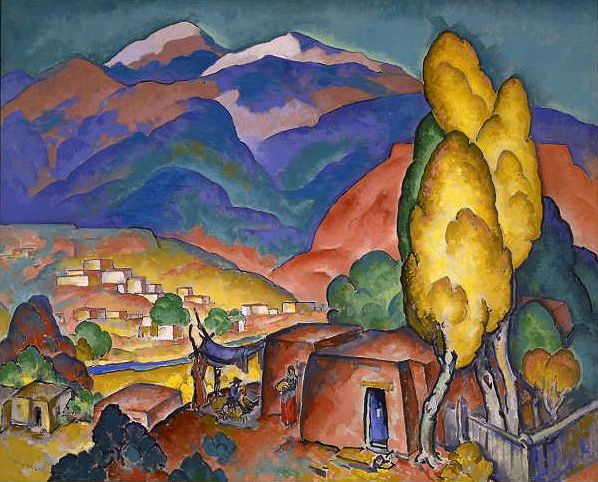 It's interesting that he maintained more or less simultaneous careers as a painter and an architect. Probably an uncommon combination.