Some readers have been enjoying viewing my old photos of New York City. So why not post more?

The current batch of June, 1965 photos has less quality that some of the previous sets, but I hope the subject matter will be interesting. Click on the images to enlarge. 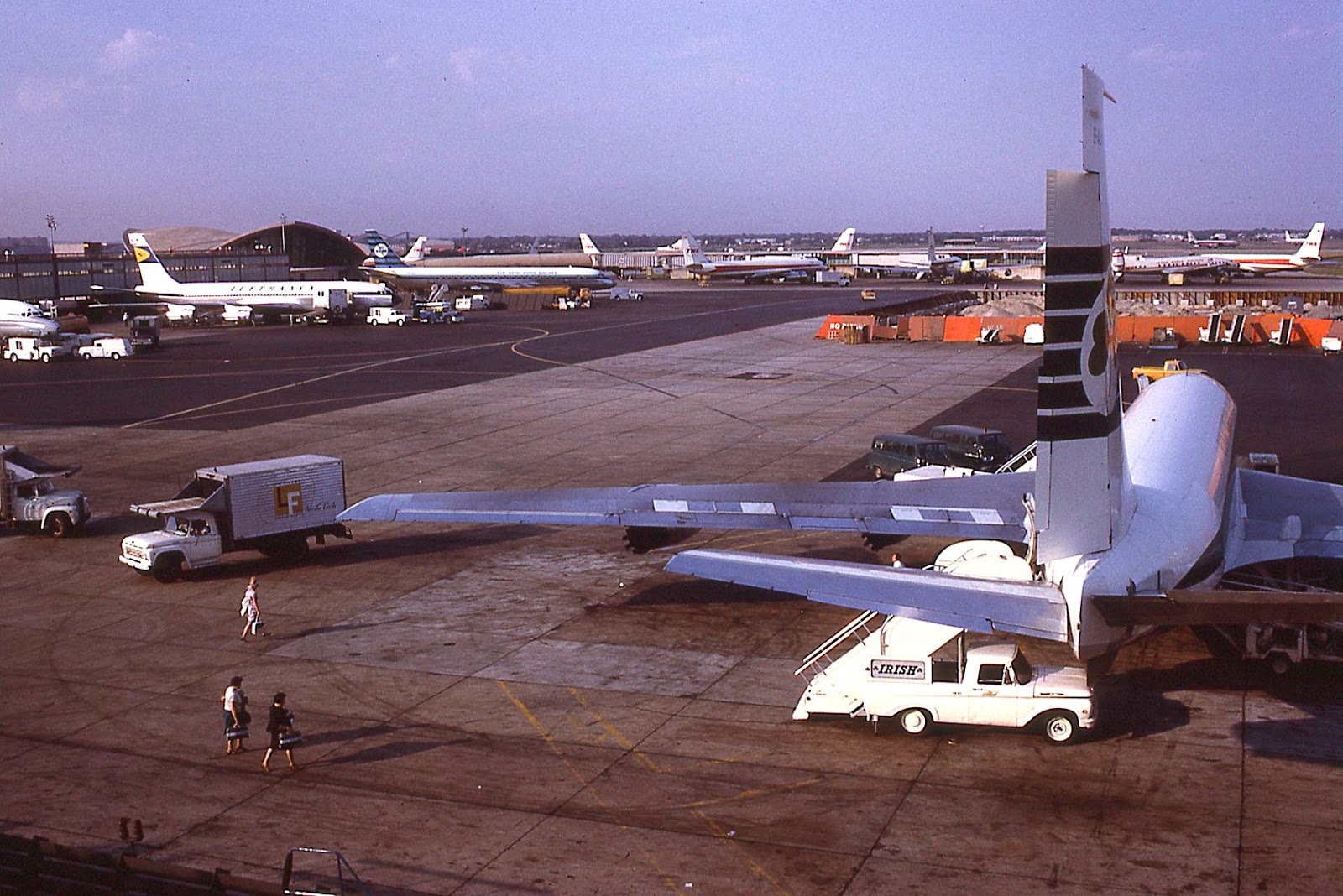 Airliners at JFK Airport
Shown are Boeing 707s, at least one DC-8, one or perhaps two Convair 880s or 990s, and an older Lockheed Constellation. The Aer Lingus in the foreground had boarding stairs positioned fore and aft. Casually approaching the plane are some passengers about to board. One is unlikely to see this at JFK nowadays. 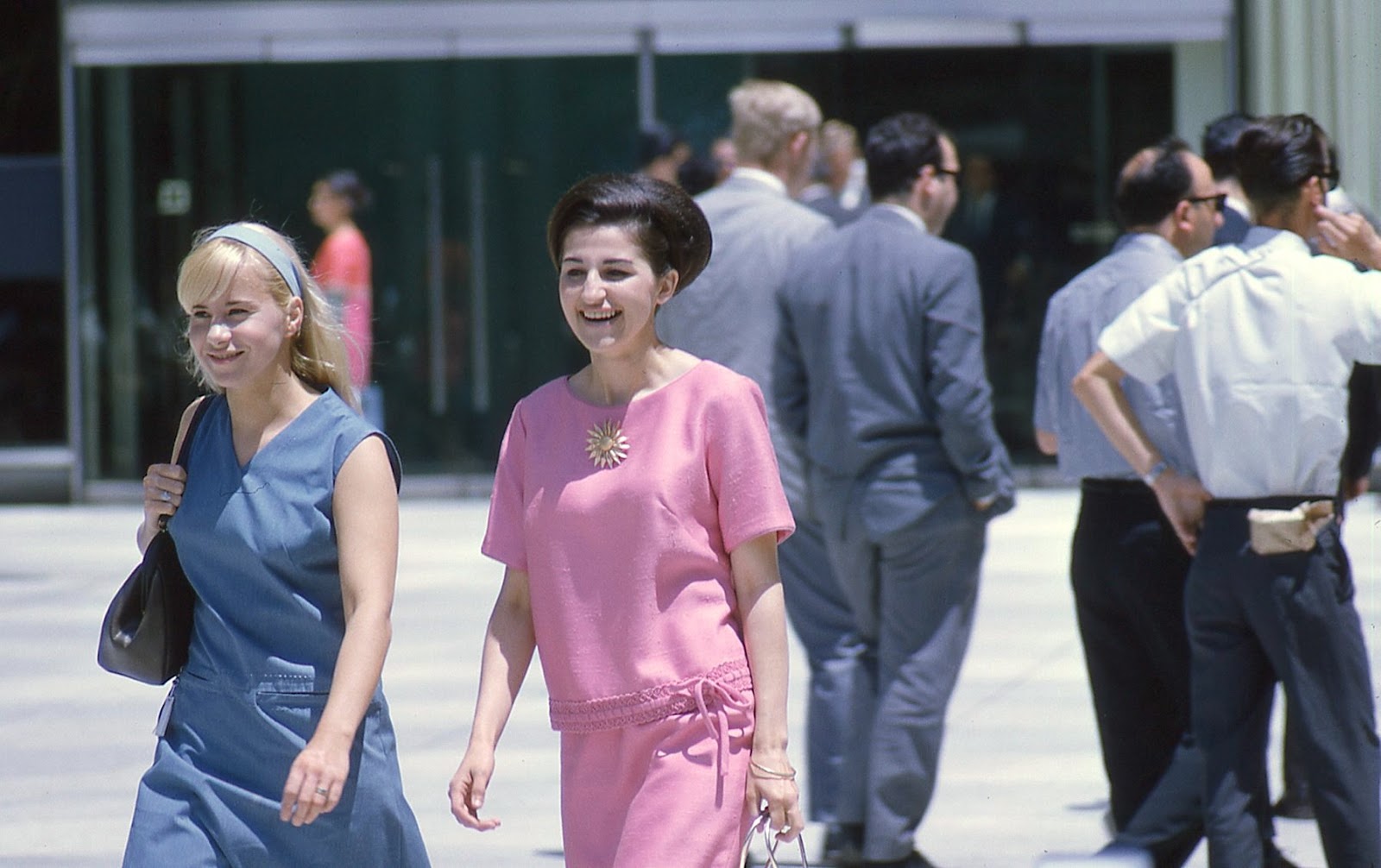 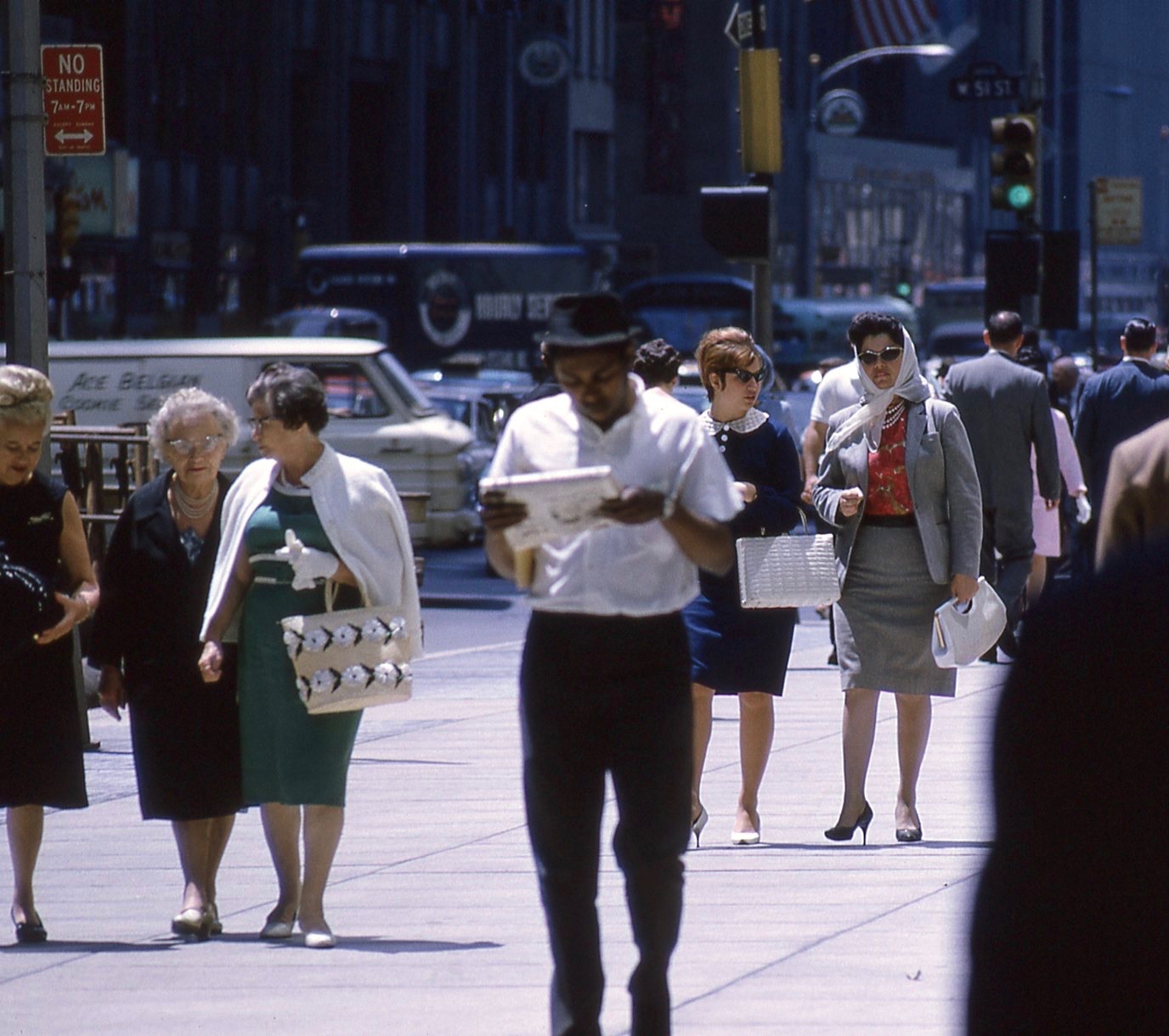 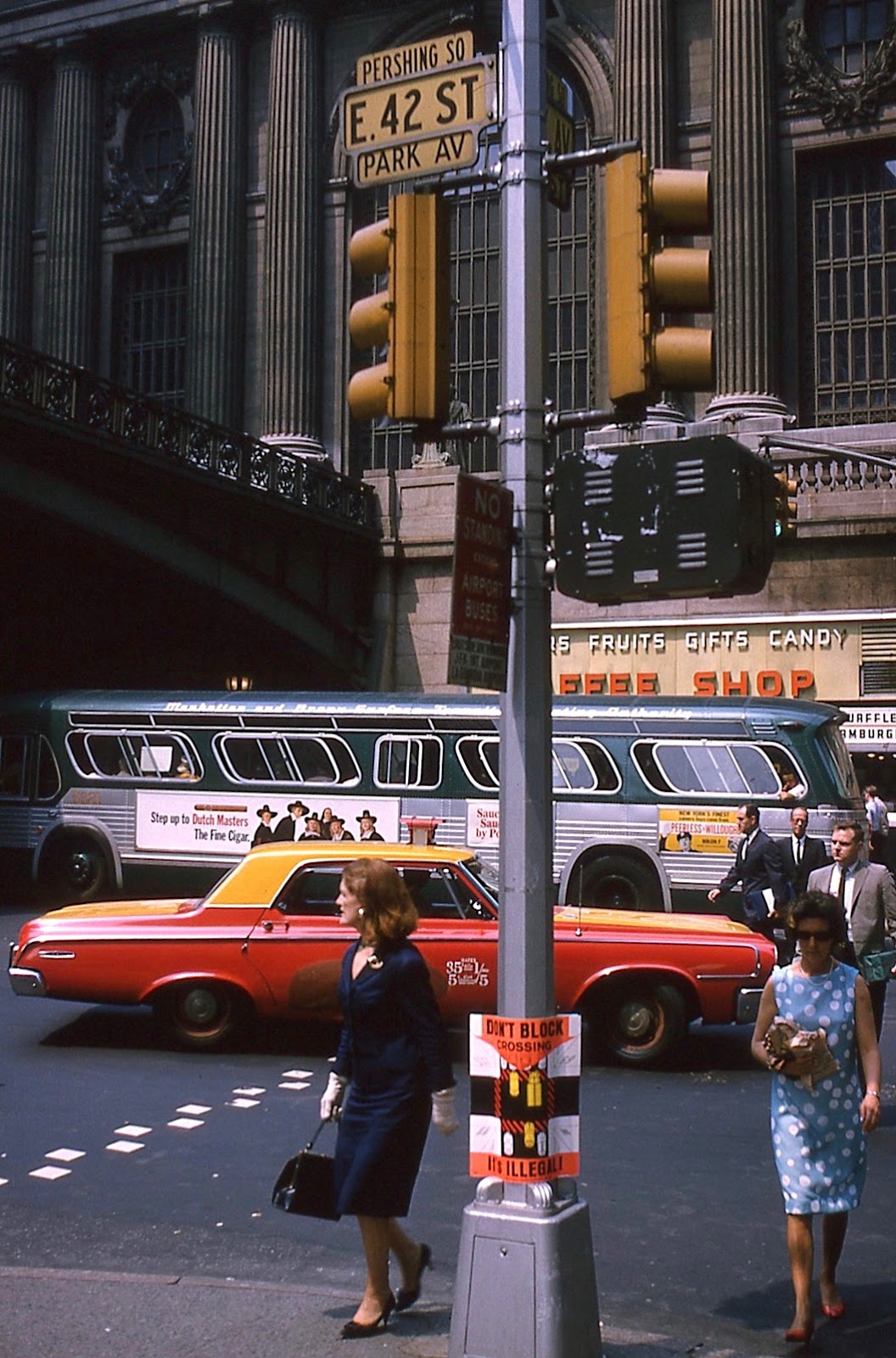 Across 42nd Street from Grand Central Terminal
The bus might not be air conditioned: note the open windows. 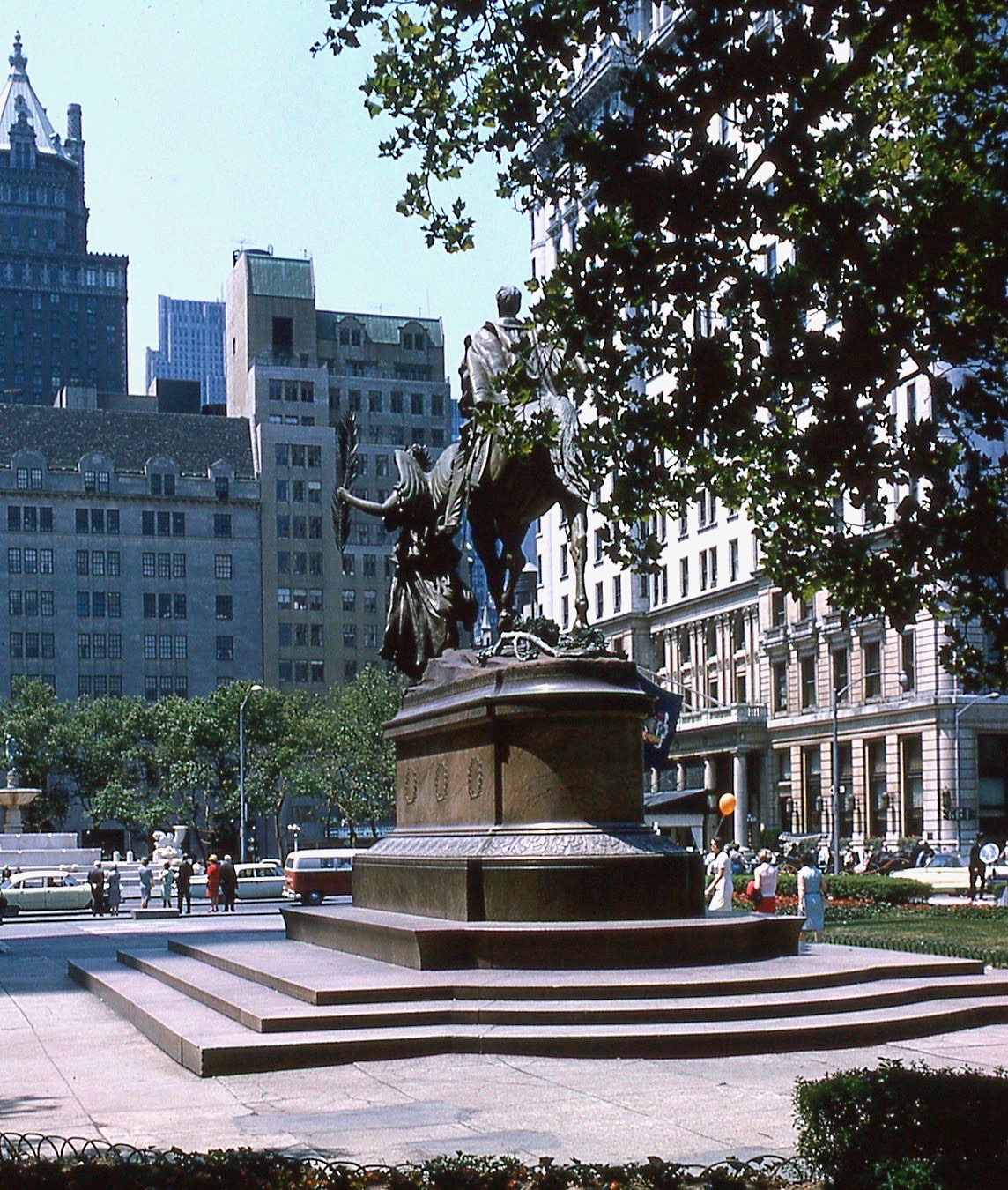 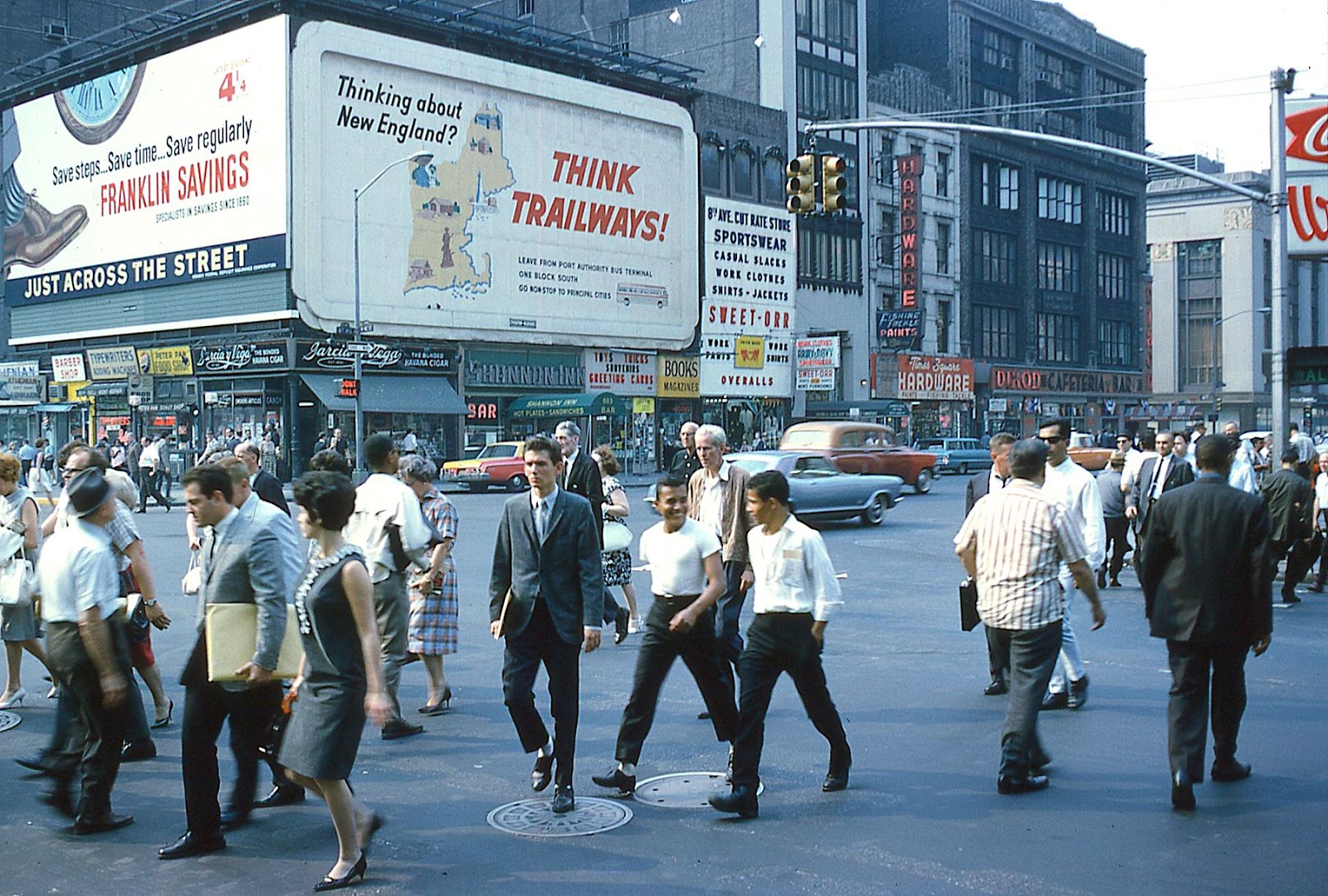 Commuters on West 42nd Street
The Port Authority bus terminal was (and is) located between 8th and 9th avenues and 40th and 41st streets. So it's likely that some of the people heading towards the left of this photo are on their way to the terminal and then on to New Jersey and home. 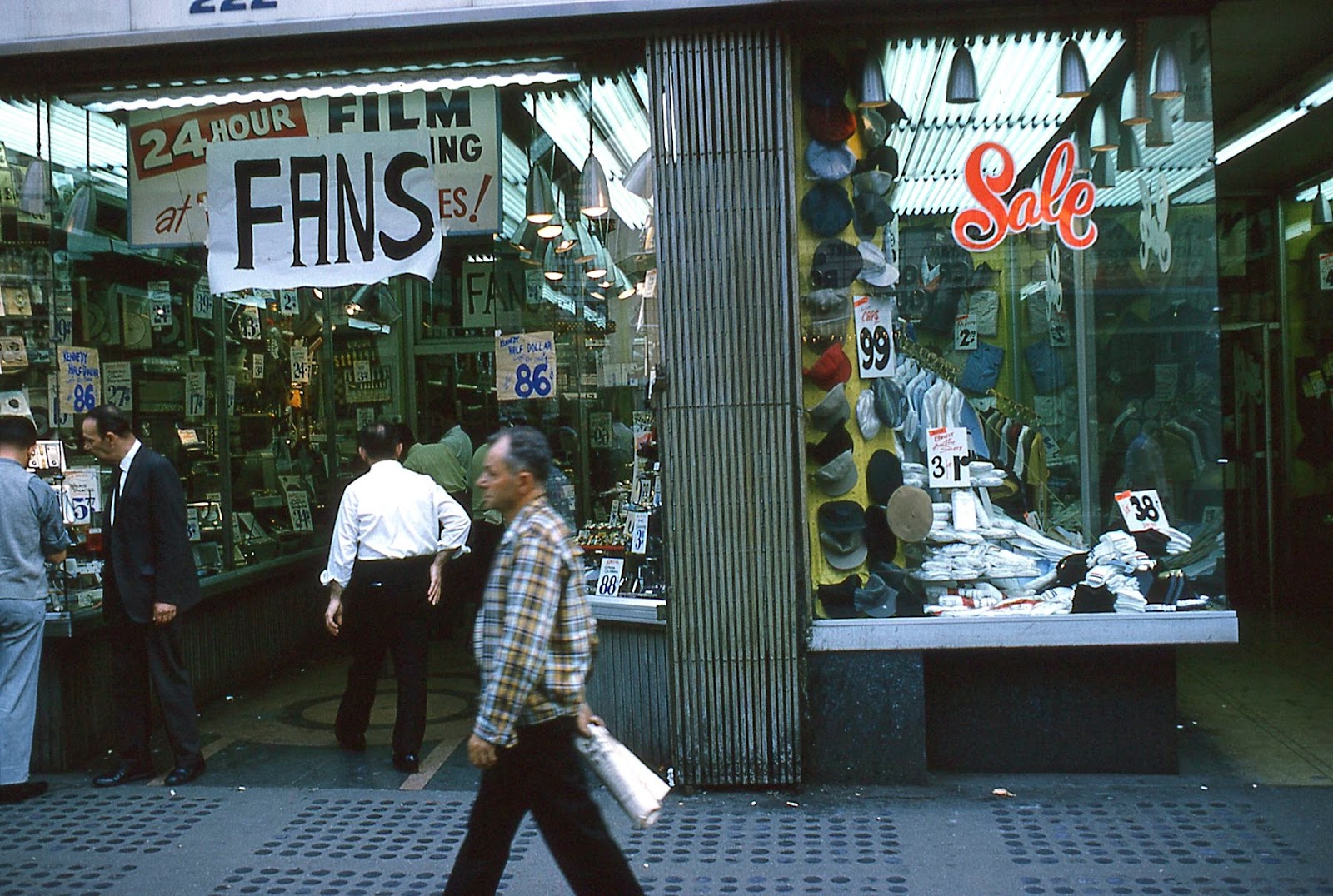 West 42nd Street Store fronts
Second-run movie houses and stores selling cheap goods were the rule on 42nd Street west of Times Square in 1965.
Posted by Donald Pittenger at 1:00 AM

I loved 1965 and never looked quite as fashionable as I did that year. Your women on 6th Ave looked simply stylish.