The Renaissance-Influenced Portraits by Gerald Brockhurst

Gerald Leslie Brockhurst (1890-1878) doesn't seem to be well known today, but does seem to have done well as an engraver and portrait artist in his day. His Wikipedia entry and this link sketch his artistic career as well as his messy marital situation.

In 1914 he married Anaïs Folin, but met 16-year-old model Kathleen Woodward in 1928 who eventually became his mistress and, following his 1940 divorce, his second wife. Brockhurst renamed her for his purposes Kathleen Dorette -- the golden girl.

The first link above mentions that he received a traveling scholarship to France and Italy in 1913 and was inspired by Italian Renaissance portraiture. That is why many of his portraits include bits of landscapes in the background. That might also have to do with the smooth, highly finished treatment of the faces of his subjects in such portraits. 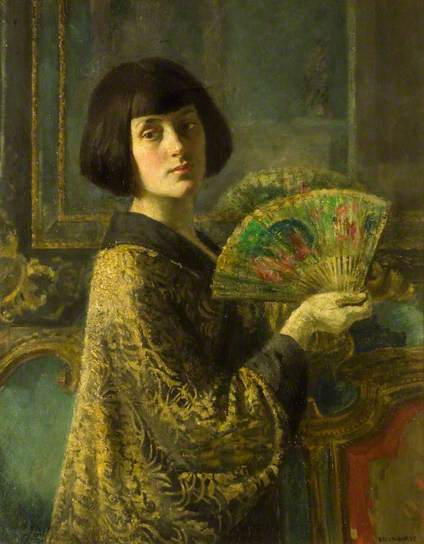 The Fan - 1915
This might be his first wife, but not painted in the Italian style mentioned above. 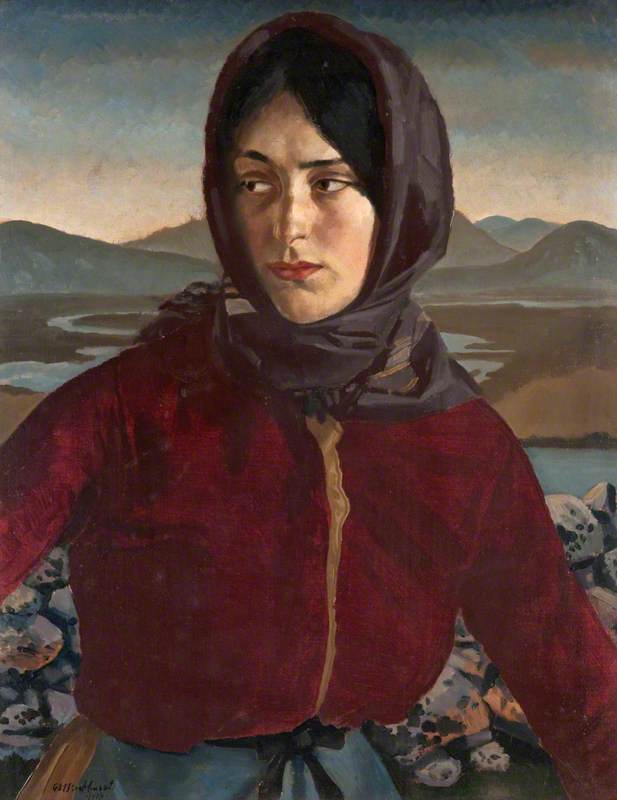 Ireland - 1916
Again, perhaps his wife, now with a landscape background. 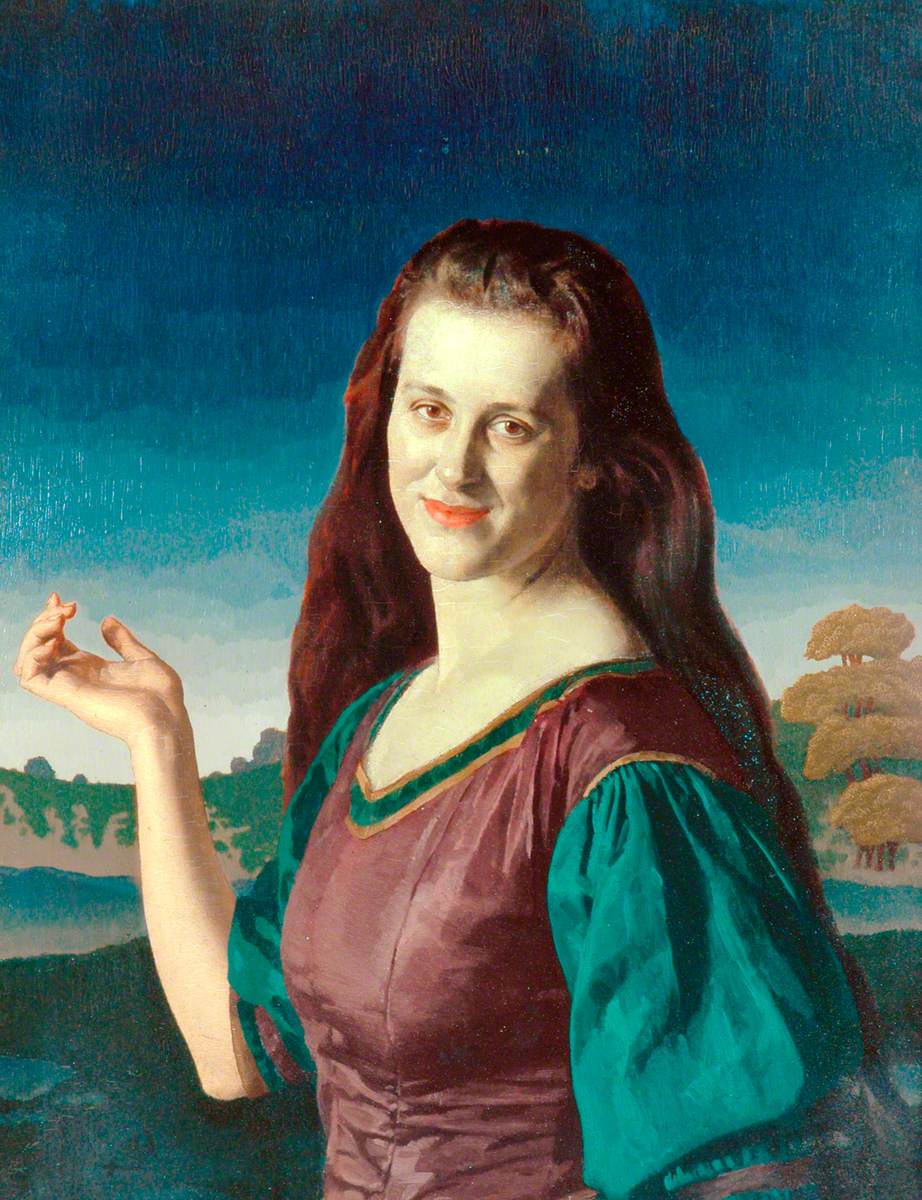 Anaïs
His wife again, in a very Renaissance manner that includes her costume. This might have been painted in the late 1920s when "Dorette" was entering the scene -- note that the background appears unfinished, though the painting is signed. Dorette - 1933
The second link above mentions that this painting created a sensation at a 1933 Royal Academy exhibit. 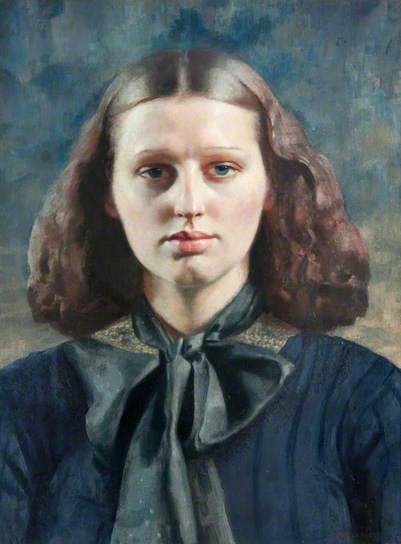 Dorette - 1930s
During the mid-1930s the fashion was plucked eyebrows replaced by penciled lines. Which is why Dorette's eyebrows differ from painting to painting. 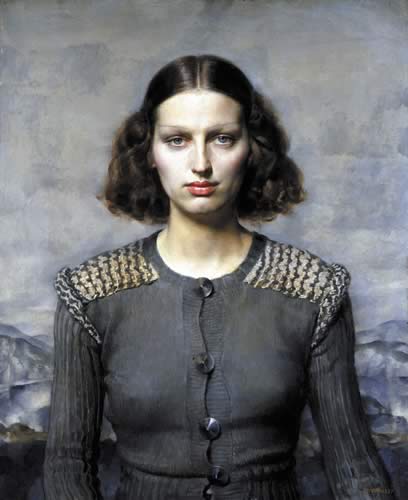 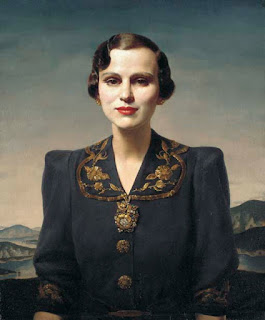 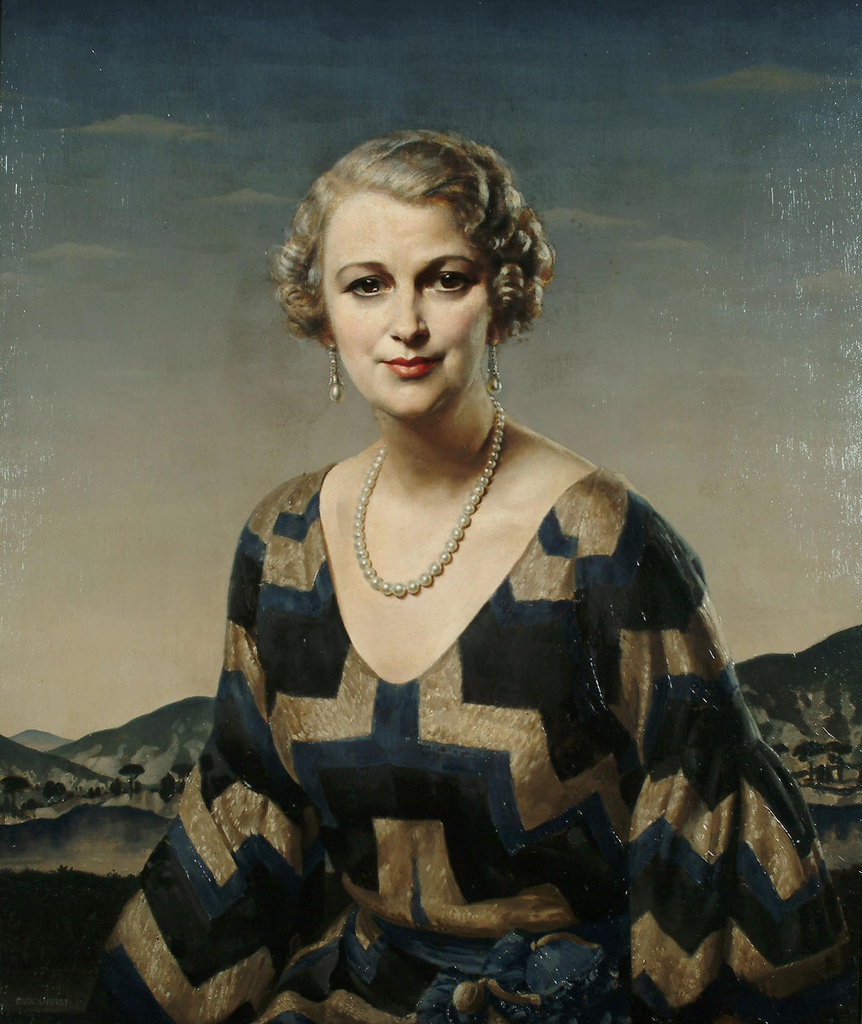 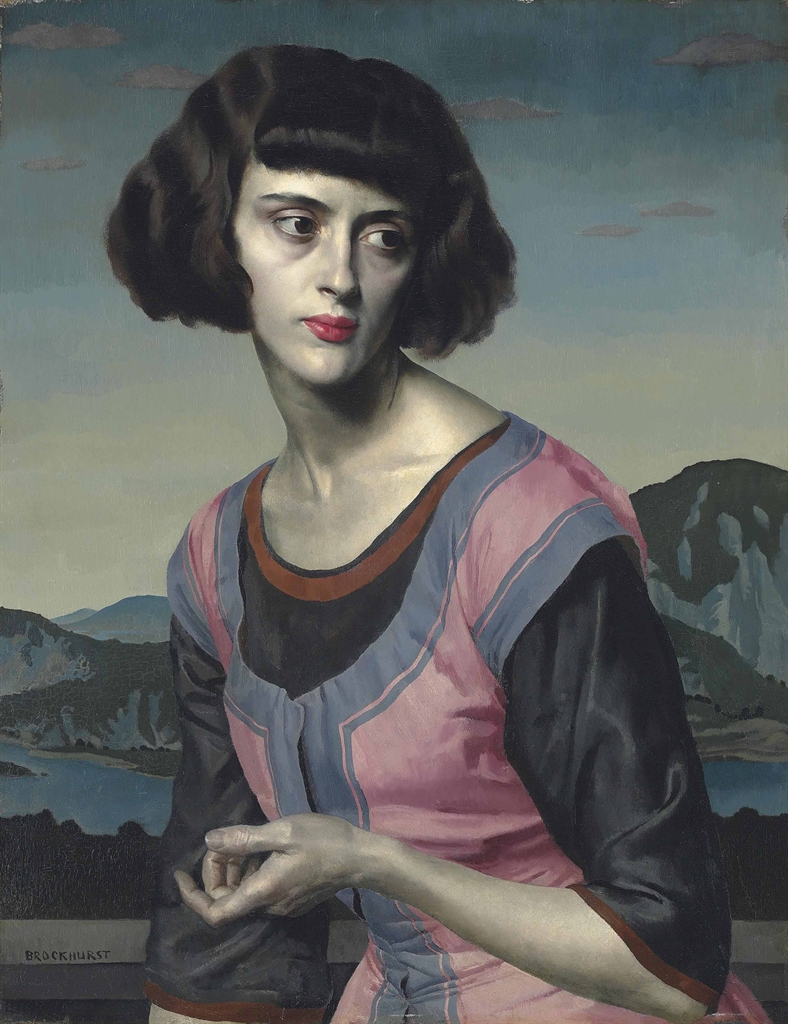 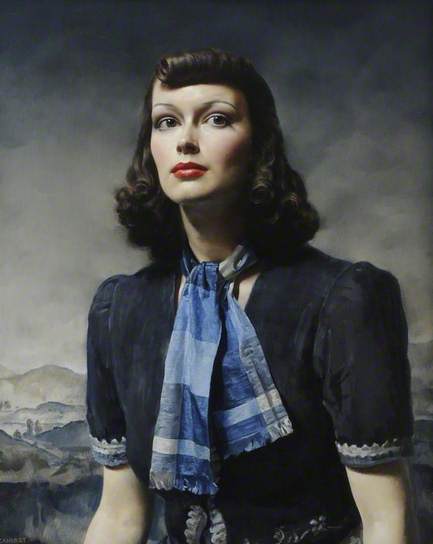 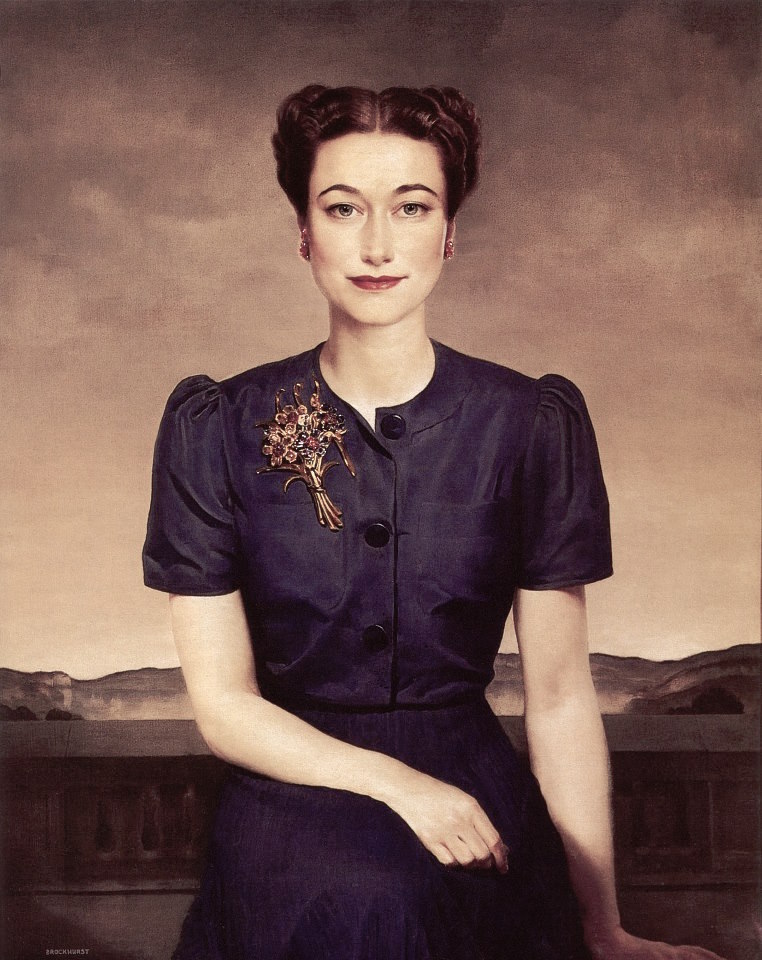