Elwin Martin (Larry) Stults, Jr. (1899-1996) was a commercial artist active from the 1920s into the 1940s and perhaps for a while beyond. The Stults website has some biographical information here. It seems he spent part of his career working in Haddon Sundblom's shop (I wrote about Sundblom here).

Stults is perhaps best-known for his illustrations for Hupmobile cars that appeared in 1926 and 1927. He invariably included an attractive young woman in his illustrations; men were optional. I like these ads because they are so very-1920s, a time that has interested me for most of my life. 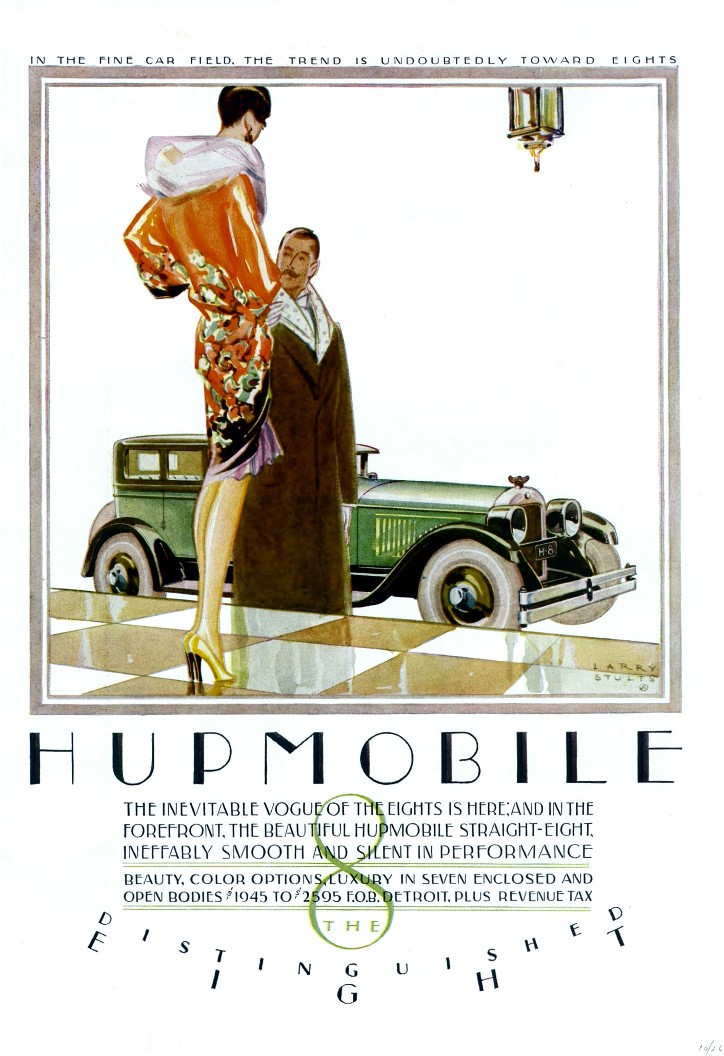 The woman is very nicely done, -- the car, not so much. 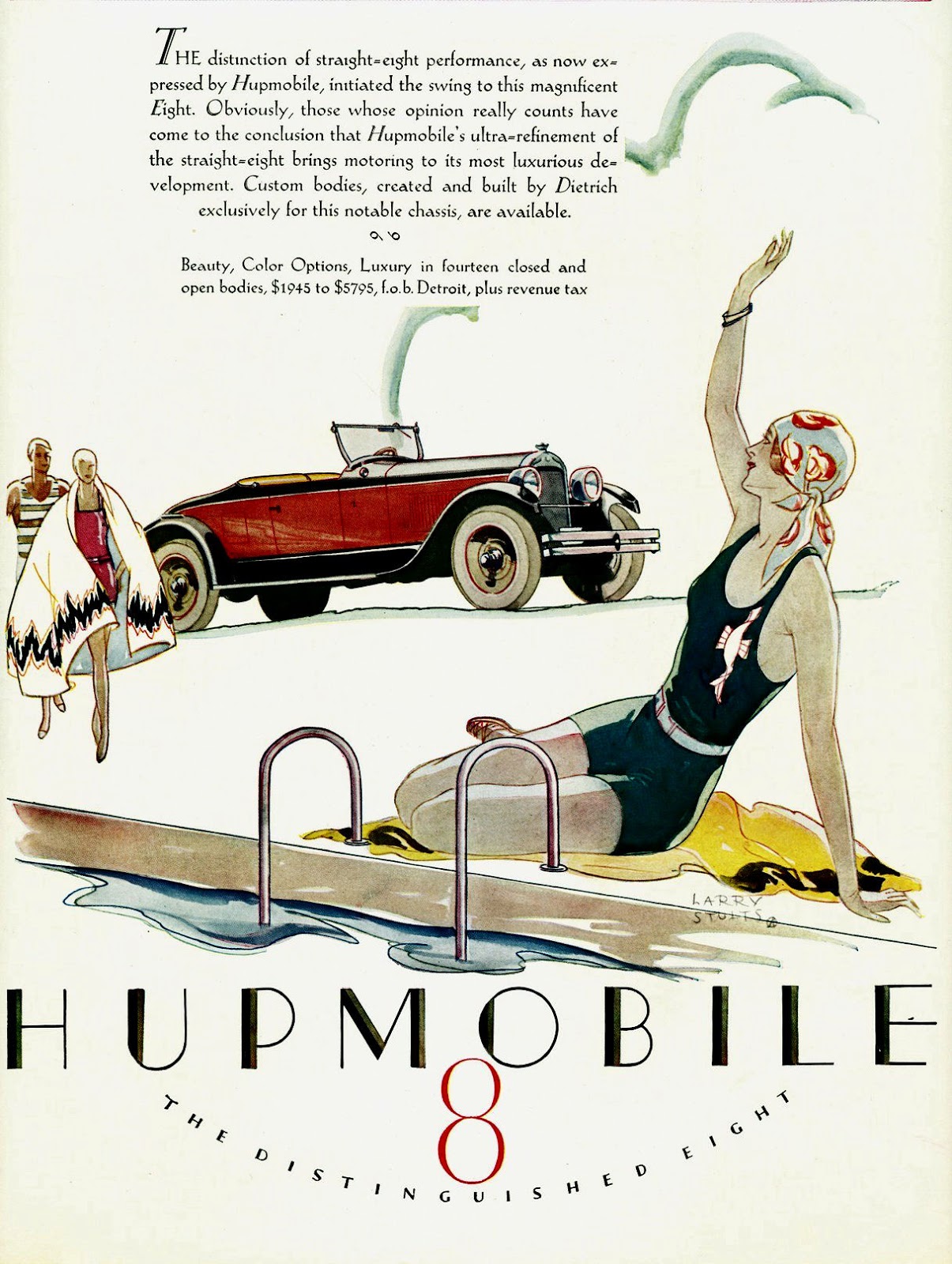 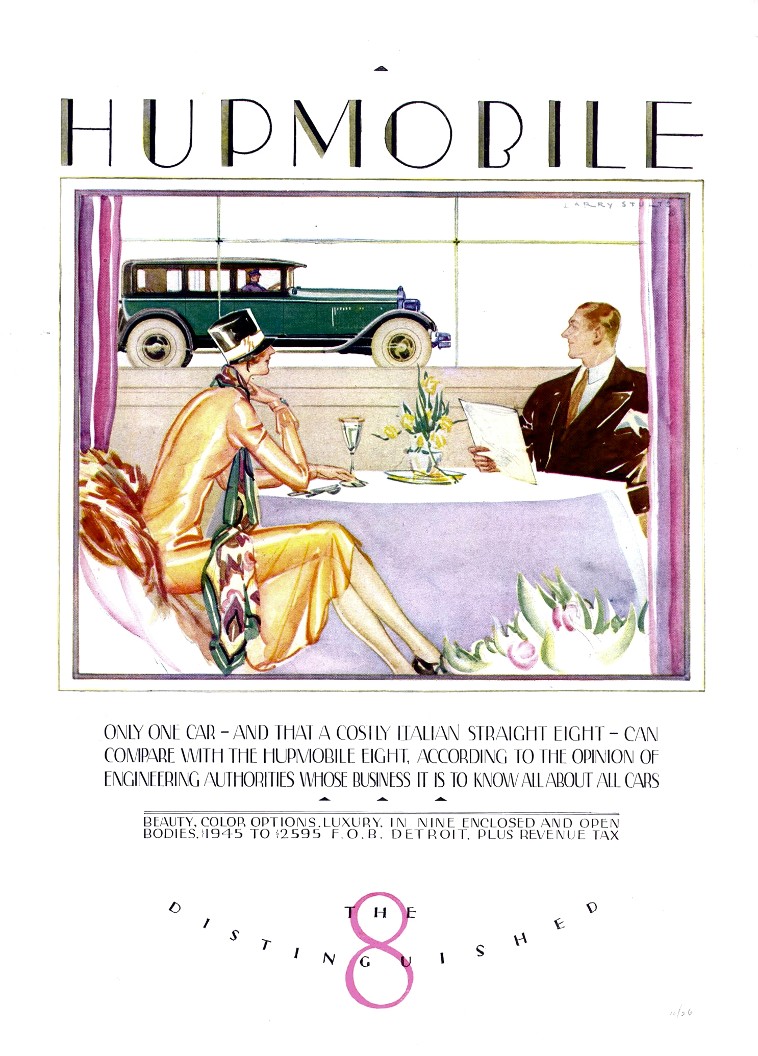 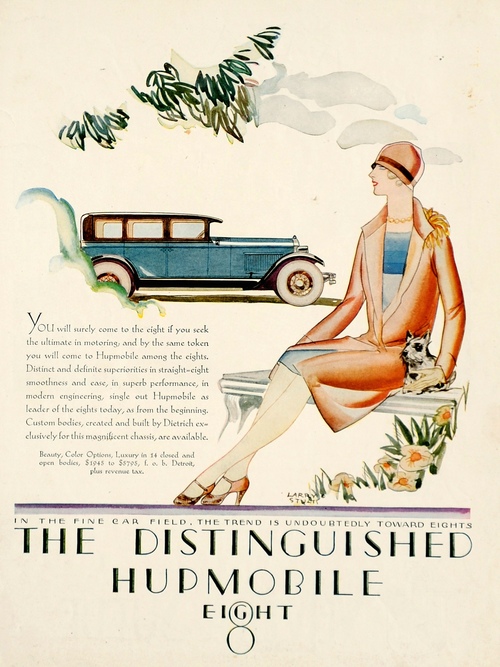 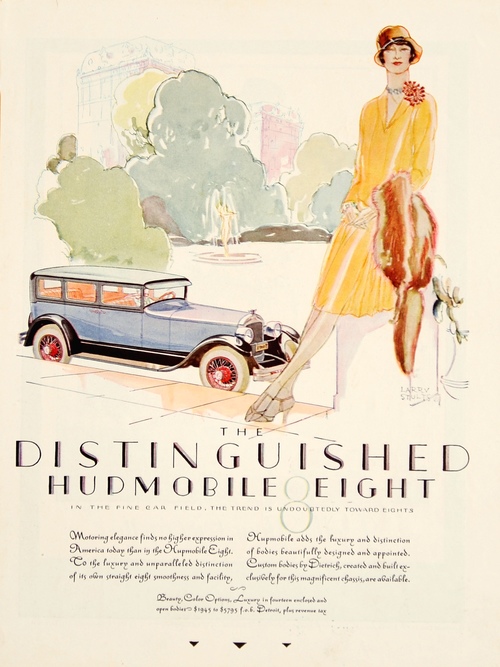 The car's perspective is incorrect, but the lady is just fine aside from exaggerated proportions. 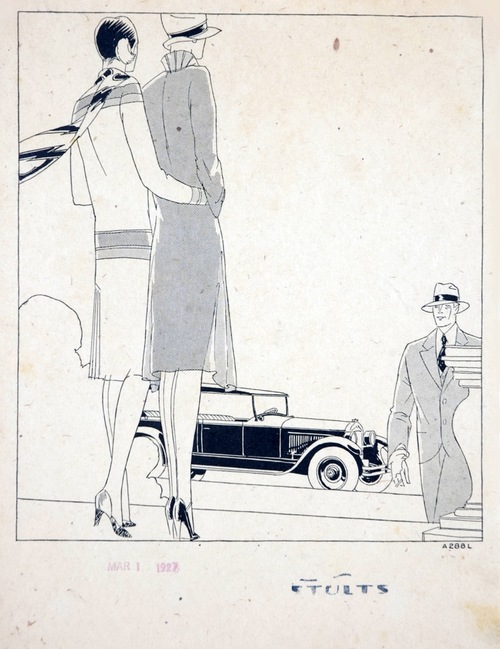 This last illustration might not have made its way into an advertisement.

Very evocative of the period -- thanks. I suspect Mr. Stults preferred women to cars, but you never know!

This blog continuously widens my knowledge of both artists and things American. I really enjoy the mix of information. I had never heard of Hupmobile but thanks to Art Contrarian and Wikipedia am now better informed.

Here is info specific to the Hupmobile ad campaign. My grandfather received an award and broad recognition from his commercial artist peers for the Hupmobile ads because they, for the first time, featured a lifestyle or station in life or aspiration for the viewer, while the actual product was less prominently displayed in the background.

Larry Stults had a thriving commercial art career in Chicago, and at the height of his success in 1944 he purchased an 80 acre island on Florida's Gulf Coast between Boca Grande and Sanibel Island. He moved his family to Cabbage Key that year and tried to continue to do some commercial art in 1944 and 1945, but distance and limited communication (no phone on the island and only later they got a ship to shore radio set up) proved too difficult. The only two commercial layouts we know of from those early island days are for COKE and BABY RUTH candy bars - which can be seen in the Commercial Art section of STULTSART.COM - a site of over 500 images of his artwork compiled by his family. Some of the COKE layouts were used by the Coca-Cola Company in finished ads.
Ultimately he gave up commercial art and focused on fine art for the rest of his life, with his last major oil painting being done at age 94.