Up Close: J.W. Alexander's Study in Black and Green

John White Alexander (1856-1915) -- Wikipedia entry here -- painted some interesting stylized pictures featuring women. Like most artists, he also painted many less formal works. A while ago I posted about several paintings he made that featured women clad in outfits featuring the color green.

I was on a rare (for me in recent years) visit to New York City early September and managed to spend an hour or two at the Metropolitan Museum of Art and viewed a few fragments of its huge, world-class collection.

While there, I snapped a few photos of Alexander's circa-1906 Study in Black and Green, more of a sketch than a finished work. The Met has these few words to say about it. 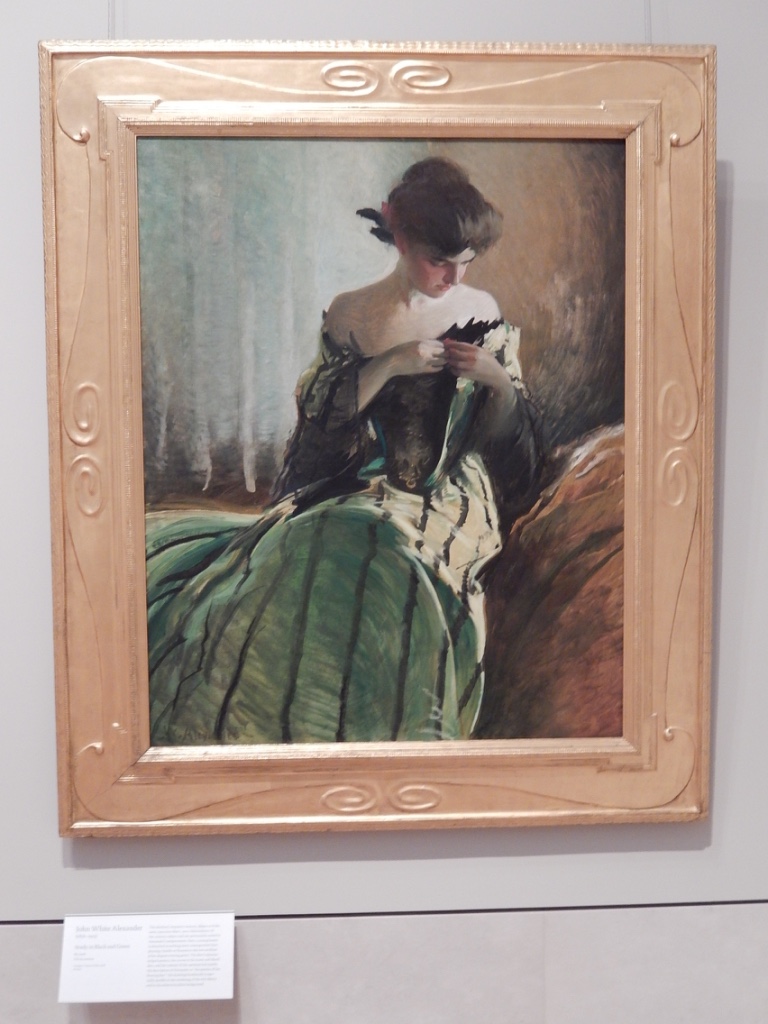 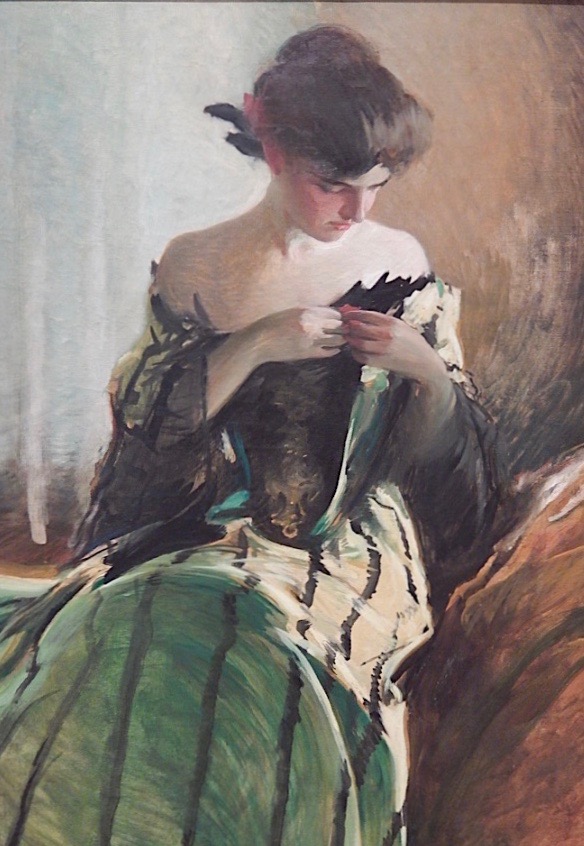 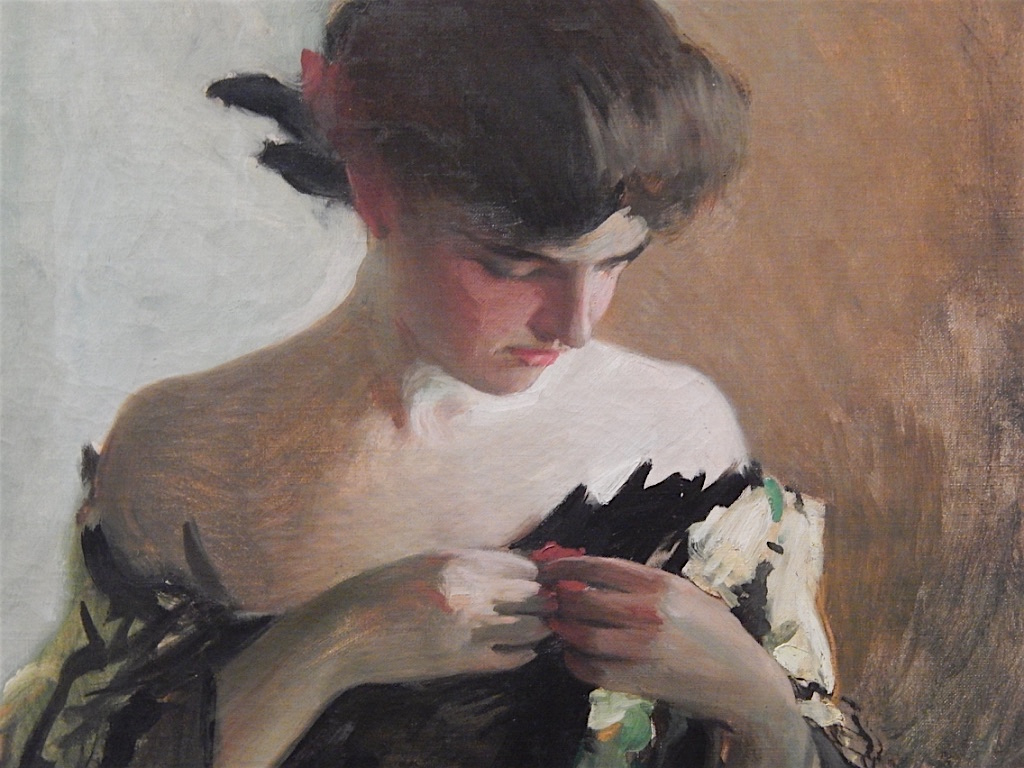 Tighter view of the face and hands.  Alexander seems to have done some underpainting and layering.  Most brush strokes not on the subject's face are obvious.  Alexander's brushwork on the hands and arms follows the paths of the forms rather than including strokes across those paths -- something other artists often do.  This a reason for calling this painting a sketch or study: he seemed to have worked fairly quickly and didn't bother to define the forms' structures in much detail.

AC - thanks for posting this guy again. The last time we visited the Met, I couldn't spend enough time staring at his painting "Repose". He was another truly gifted painter.