Charles X (Charles Philippe, 1757-1836), the last main-line Bourbon king of France, ruled for almost six years (1824-1830) before abdicating and being succeeded by Louis-Philippe, duc d'Orléans. Two of his brothers, Louis XVI and Louis XVIII, preceded him as king. Louis XVI was beheaded after the Revolution and Louis VIII became king with the post-Bonaparte restoration. Charles' Wikipedia entry is here.

Charles was pre-photography, but barely. However, portraits of him by different artists show striking agreement regarding his appearance while king, so we can be reasonably sure how he looked. In several instances in the images below, he is wearing the same costume (though medals on his chest vary from portrait to portrait).

Note that several portraits have his lips slightly parted. This must have been a strong characteristic and one that Charles apparently didn't mind being displayed. 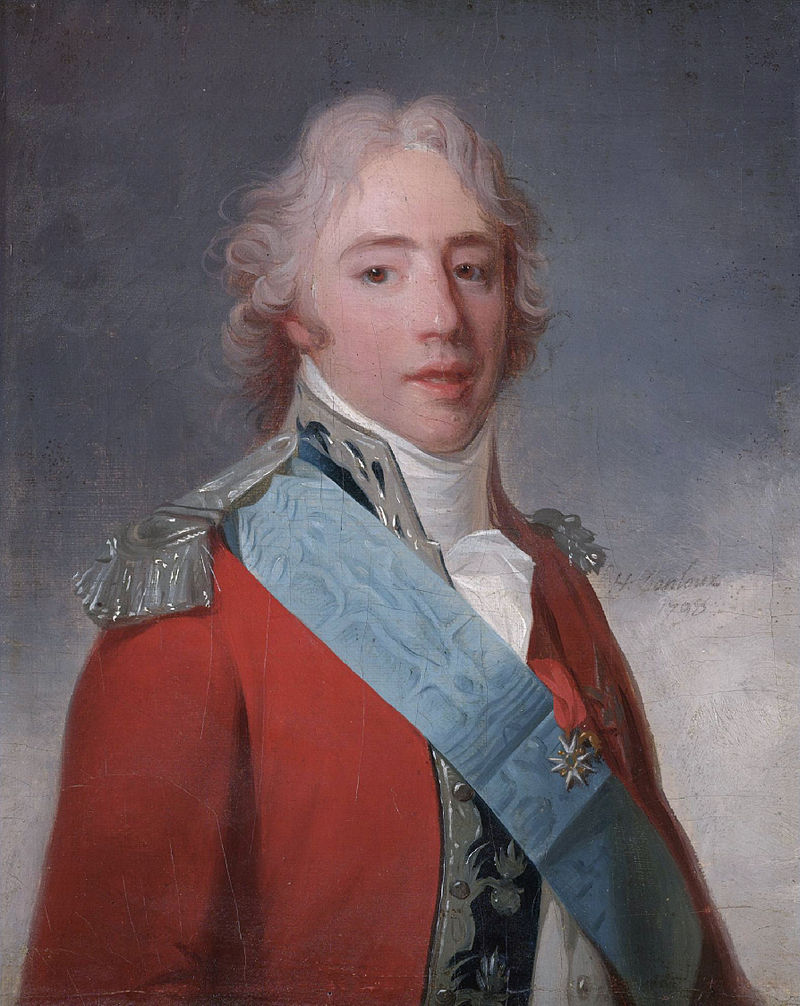 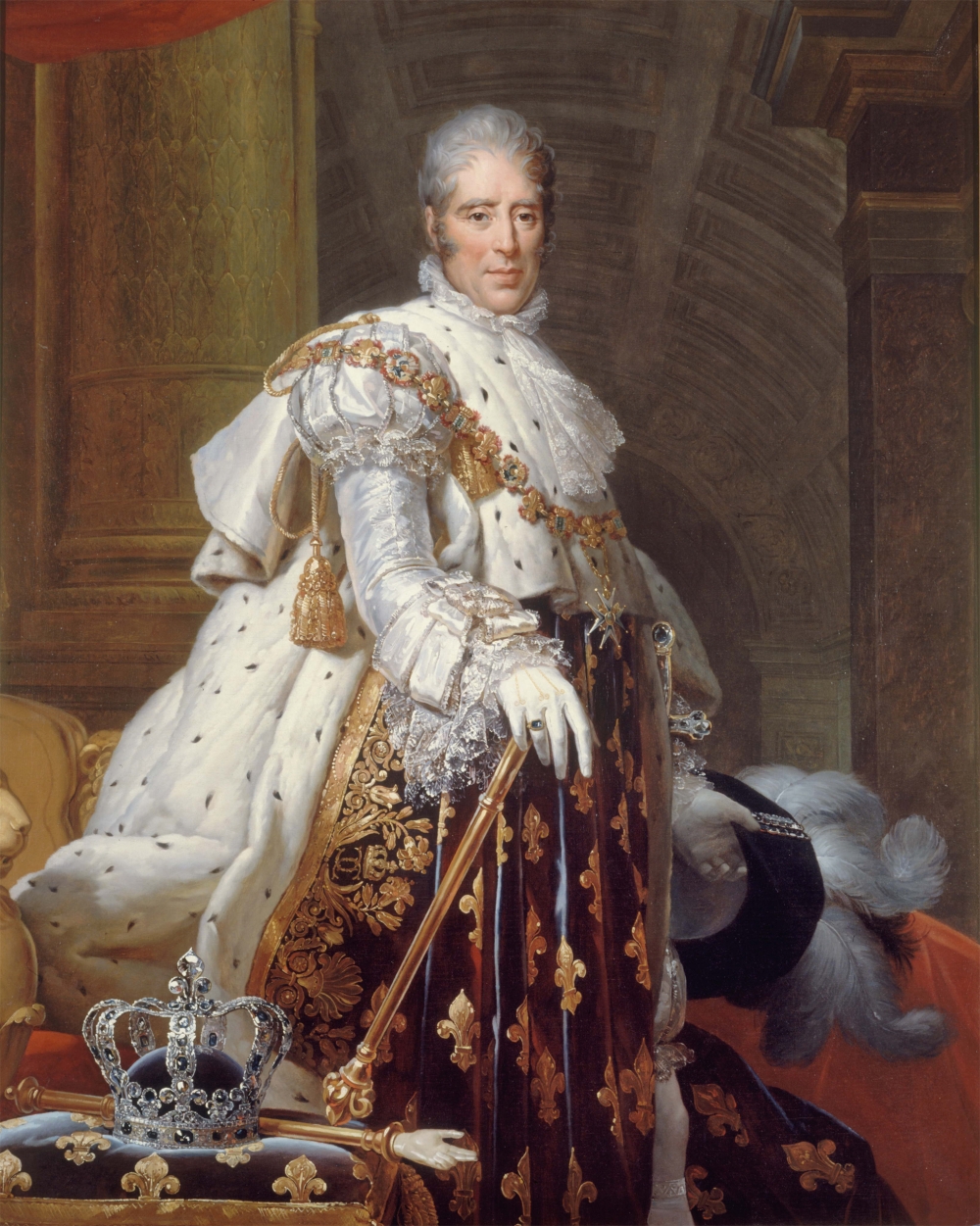 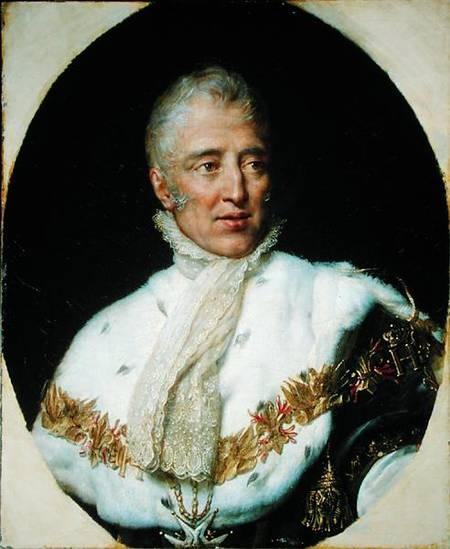 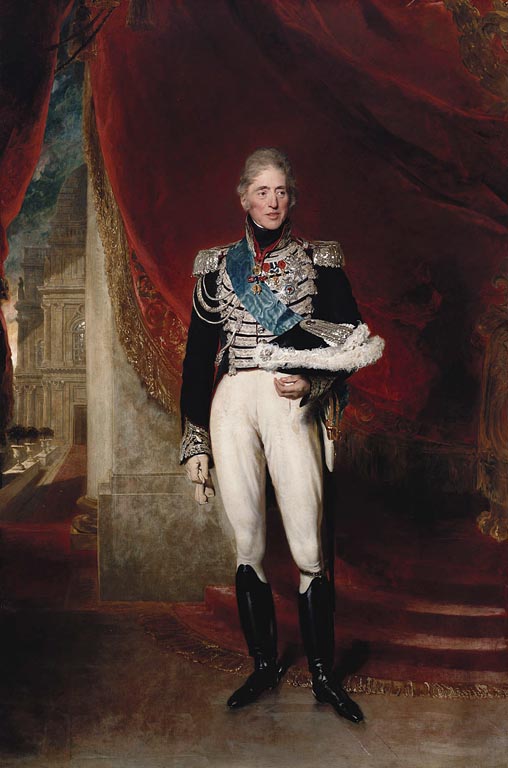 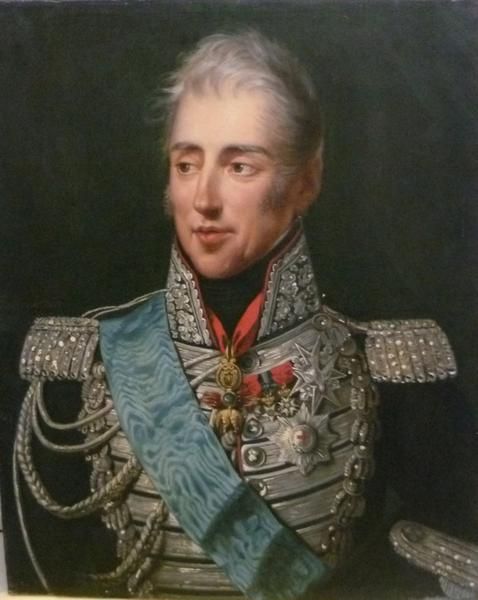 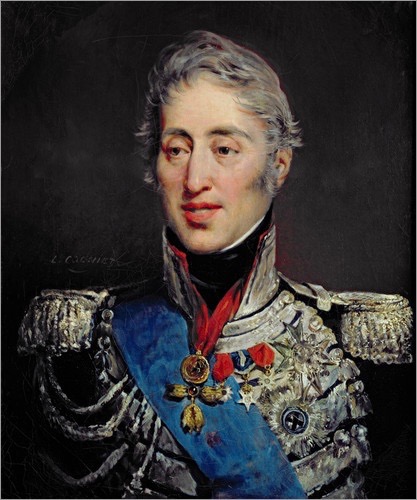 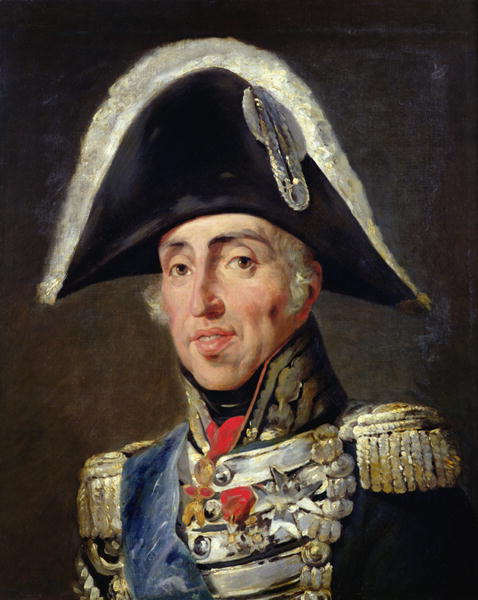