This post has nothing whatsoever to do with art. But Bill Shakespeare's plays give me license to change the pace now and then, so here is another post with a dump of old photos I took.

The occasion was my army assignment to Korea back in the days before 1970 or thereabouts when many troops were deployed overseas by ship rather than by air.

Nothing profound here, but I hope a few readers will enjoy seeing how some things were, those many years ago. I sailed from the Oakland Army Terminal in September of 1963, arriving in Korea early that October. I left Korea in August of the following year a few days after the Gulf of Tonkin Incident that set off America's formal involvement in the Vietnam War, arriving in Oakland for my discharge at the start of September. Click on the images to enlarge.

Hawaii: Waikiki as seen from the Punchbowl. That's Diamond Head at the left, and the long, flat structure on the right near the shore is the Ala Moana shopping mall that opened four years earlier. High-rise hotels were starting to sprout, but were still few compared to now. 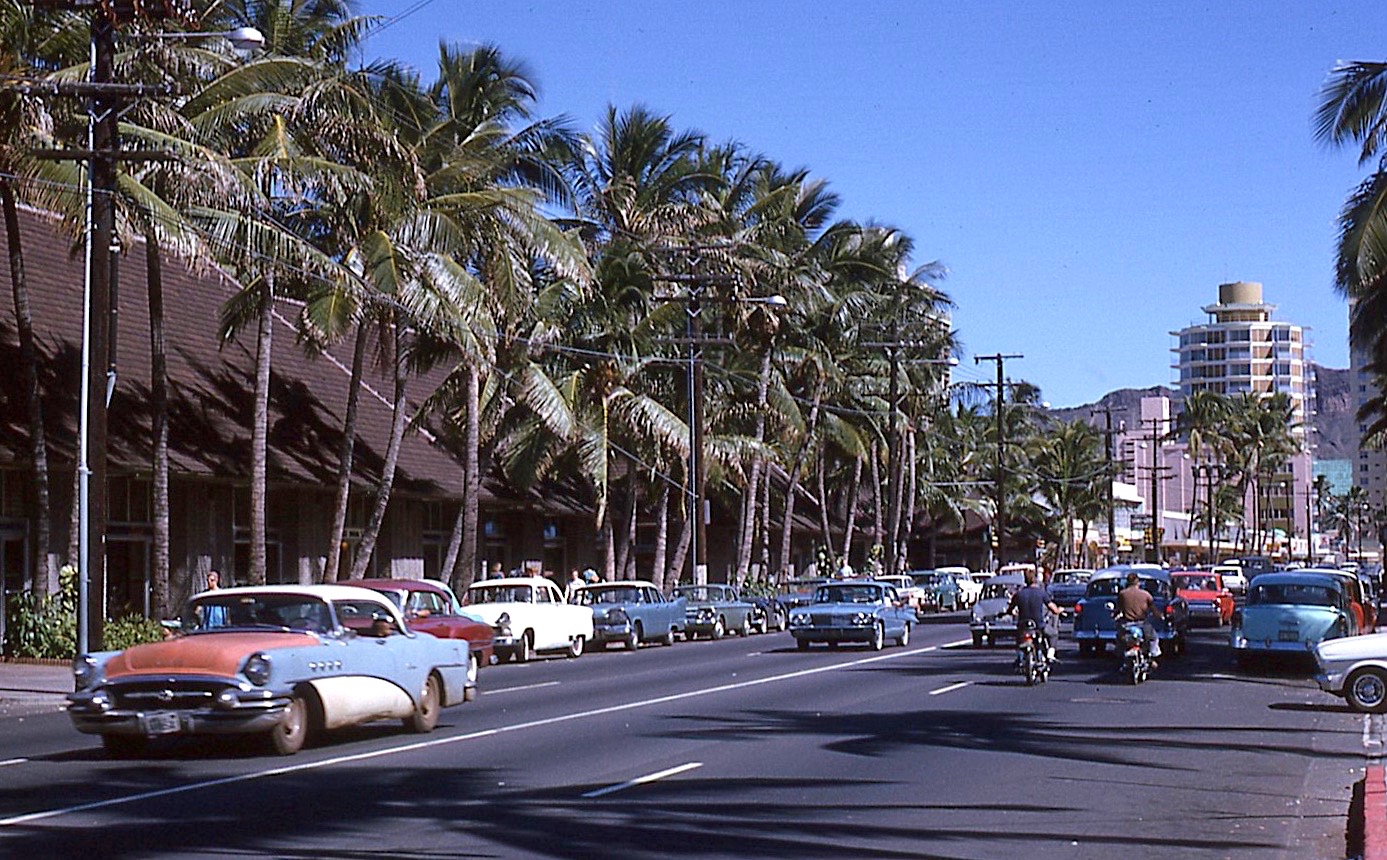 Here is Kalakaua Avenue, Waikiki's main drag. This was probably taken near the Moana hotel. The tall building in the distance is still there, as can be seen below in the Appendix.

The beach at Waikiki. The pink building is the famous Royal Hawaiian hotel, and the white buildings to the right are the Moana hotel and its Surfrider annex. At the far left the new, tall Ilikai Hotel is rising. Today, the backdrop to this scene is high-rise structures. 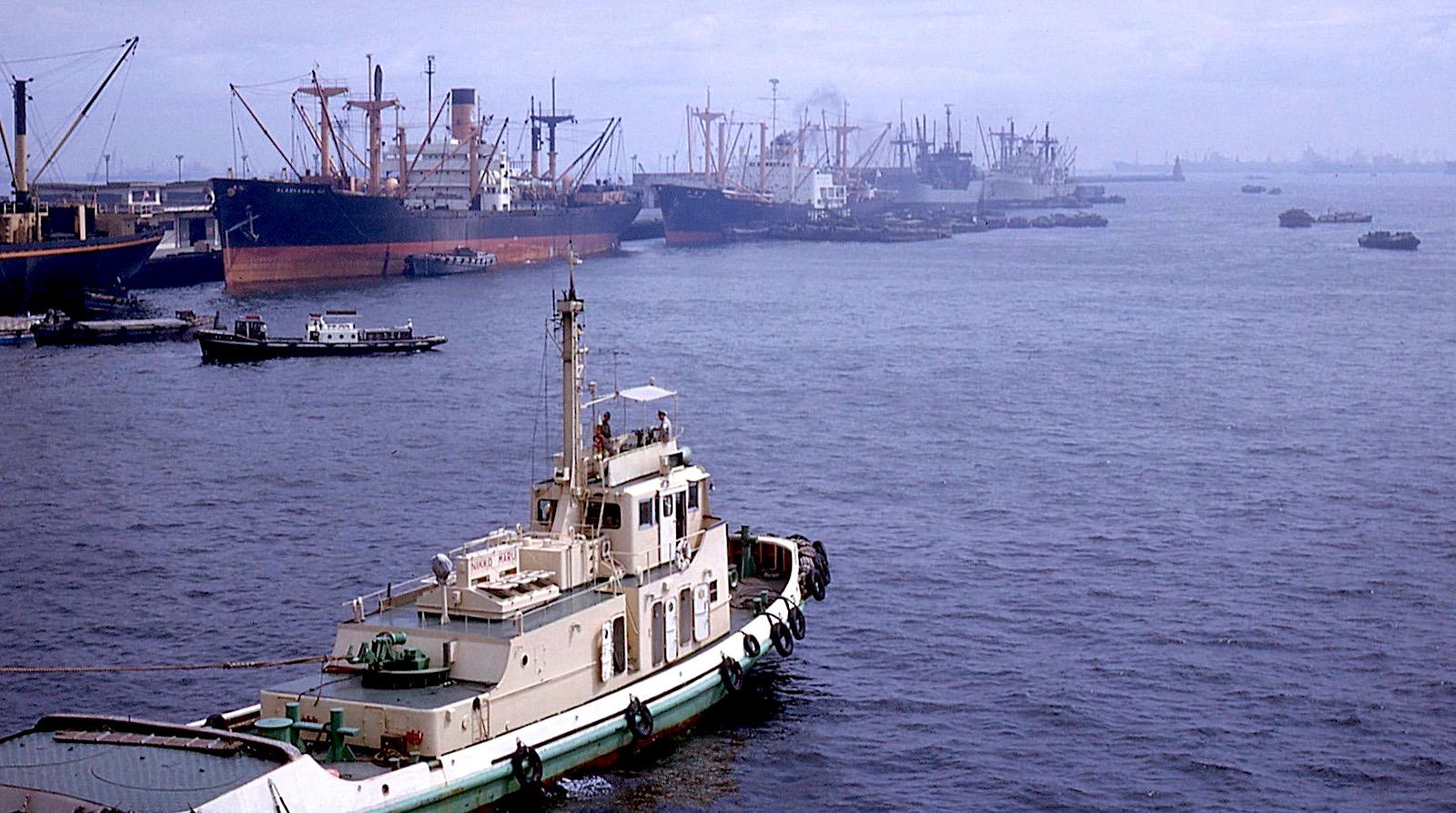 On deck at sea aboard the General Hugh J. Gaffey. 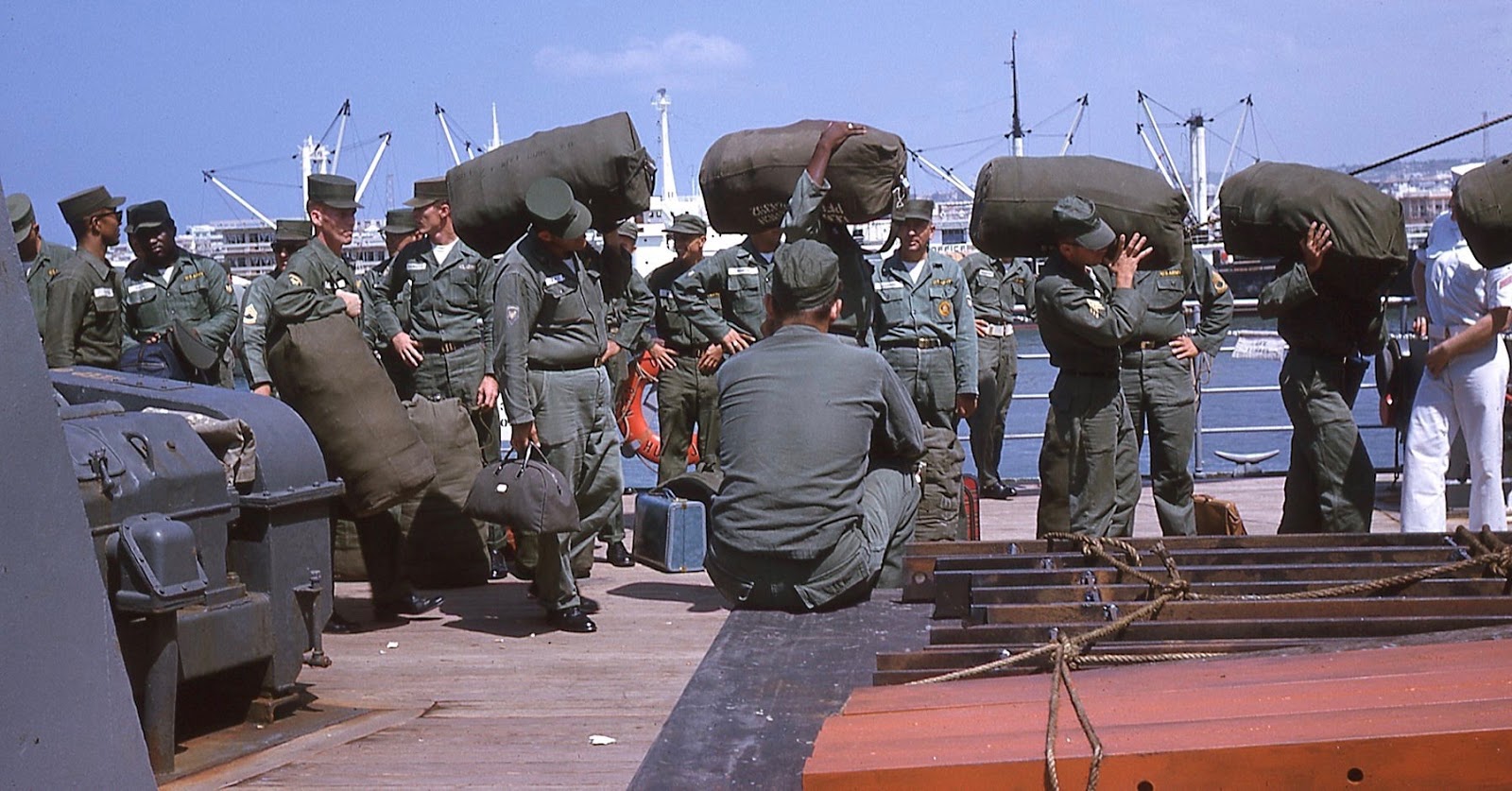 Sergeants and other E-4 and higher ranks debarking at Naha, Okinawa. 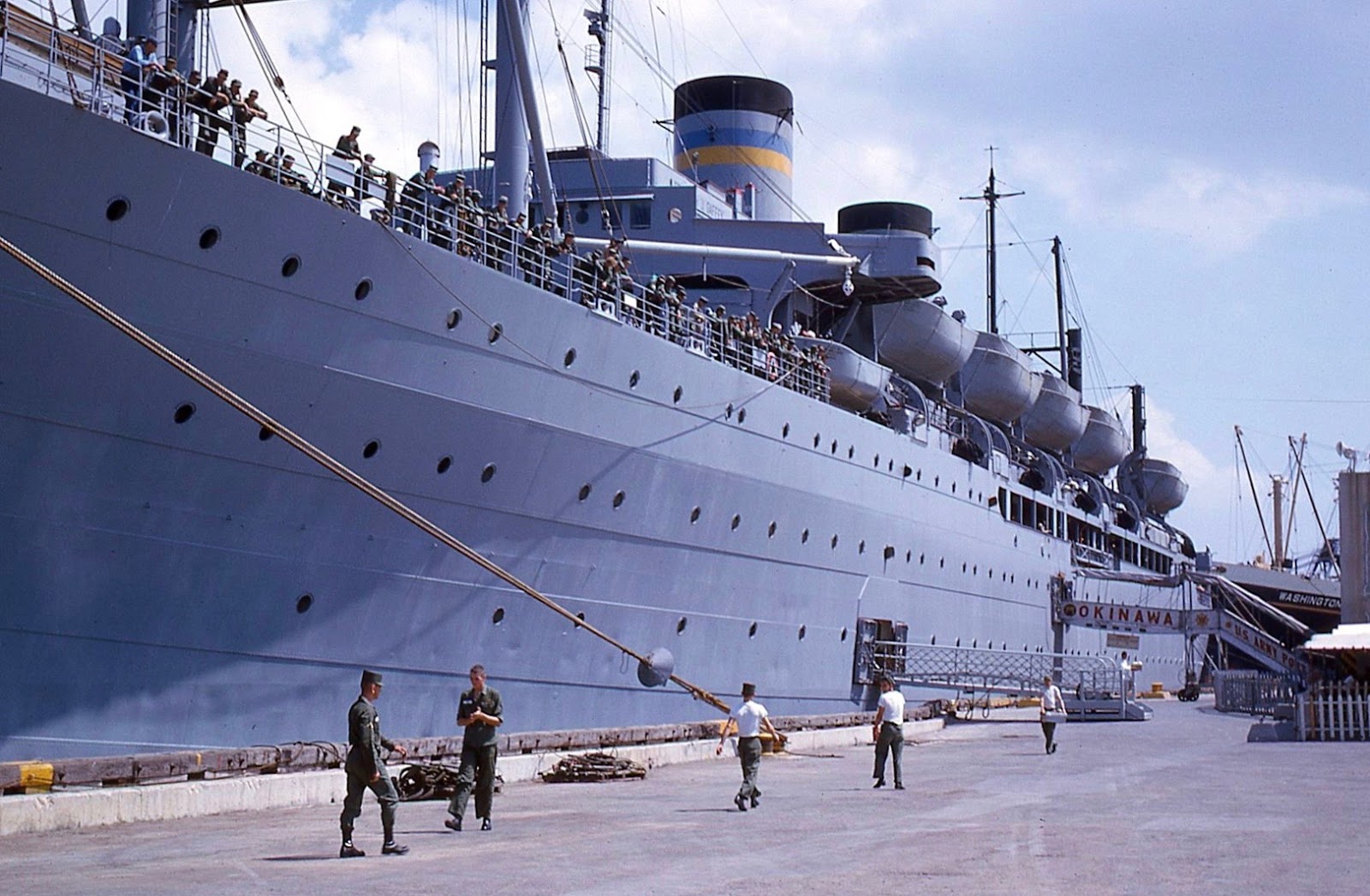 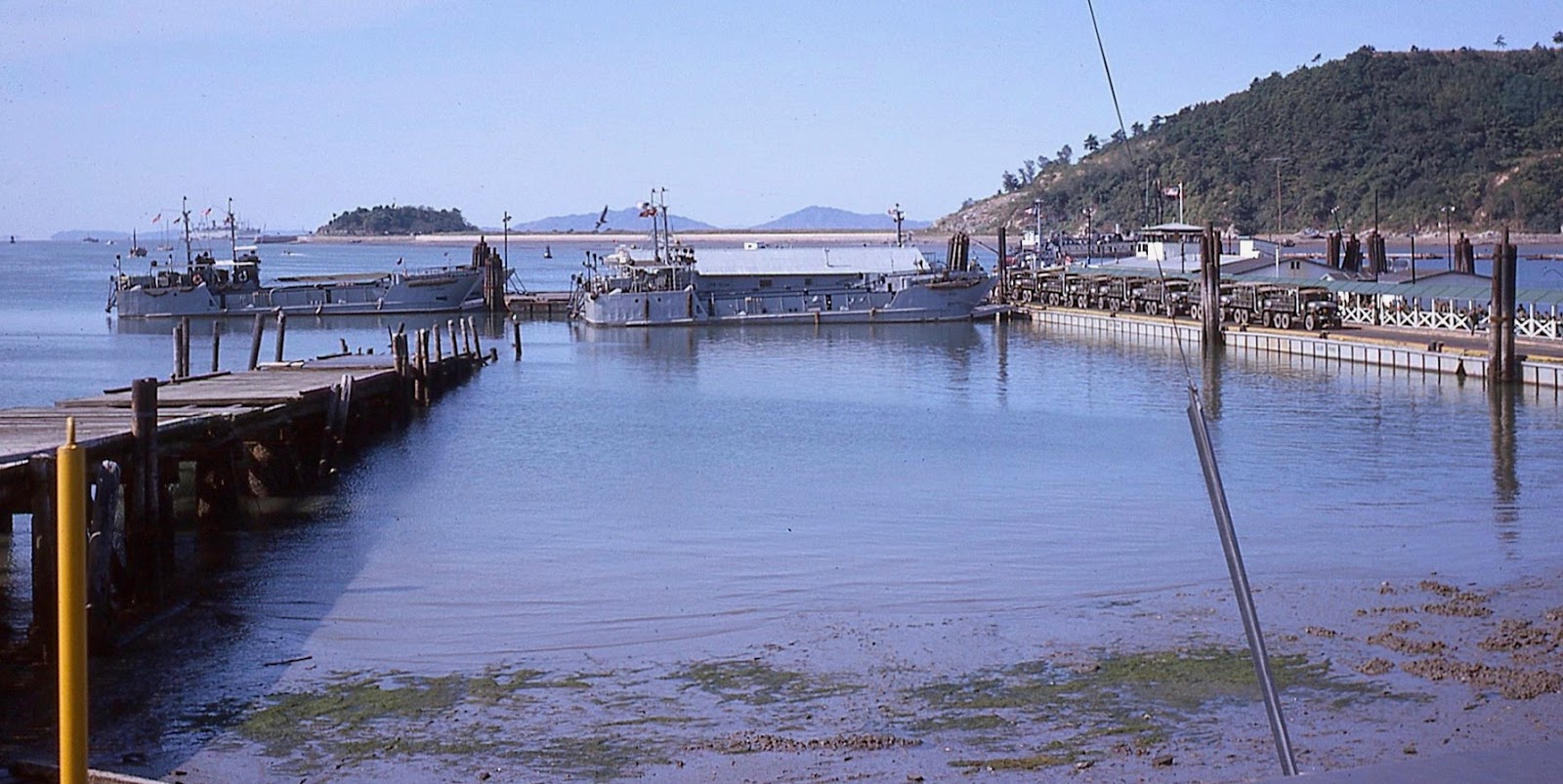 The port area at Inchon, Korea and Wolmi-Do island is at the right. On the far side of it is where on 15 September 1950 MacArthur's troops landed far behind the North Korean lines to turn the tide during the first phase of the Korean War. The Gaffey is in the distance at the left behind the masts of the landing barge. Tides at Inchon are extreme, so a ship as large as the Gaffey could not approach the shoreline and we had to use the barges to come ashore.  The army trucks by the barges will be taking us to Ascom City for processing and assignment to our units. 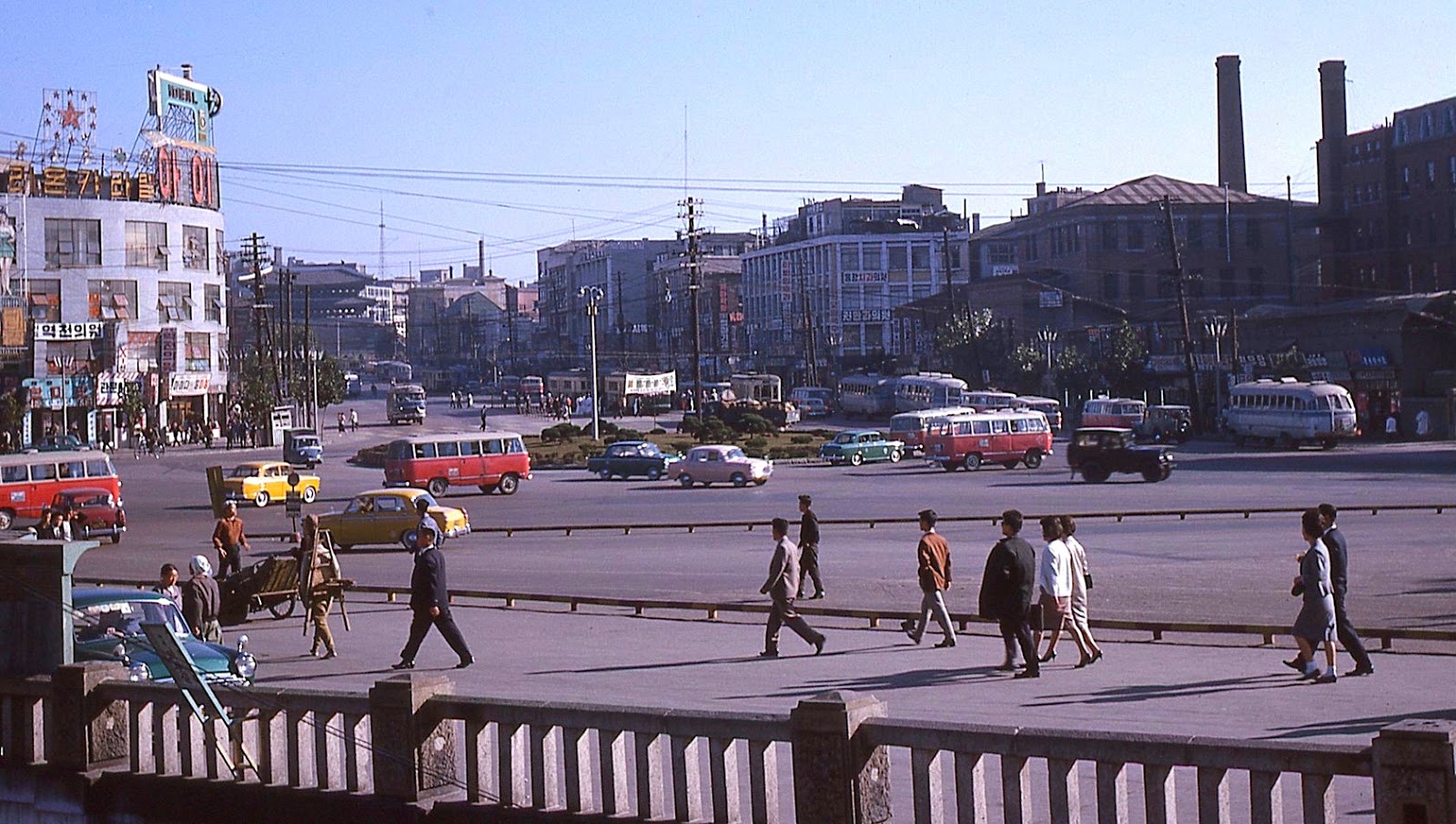 The plaza across from the Seoul, Korea main railroad station from where this picture was taken. The vehicles include Japanese-made sedans, hopsung vans and busses built on army truck chassis. I was on my way south to Taegu for duty at the headquarters of the 7th Logistical Command. 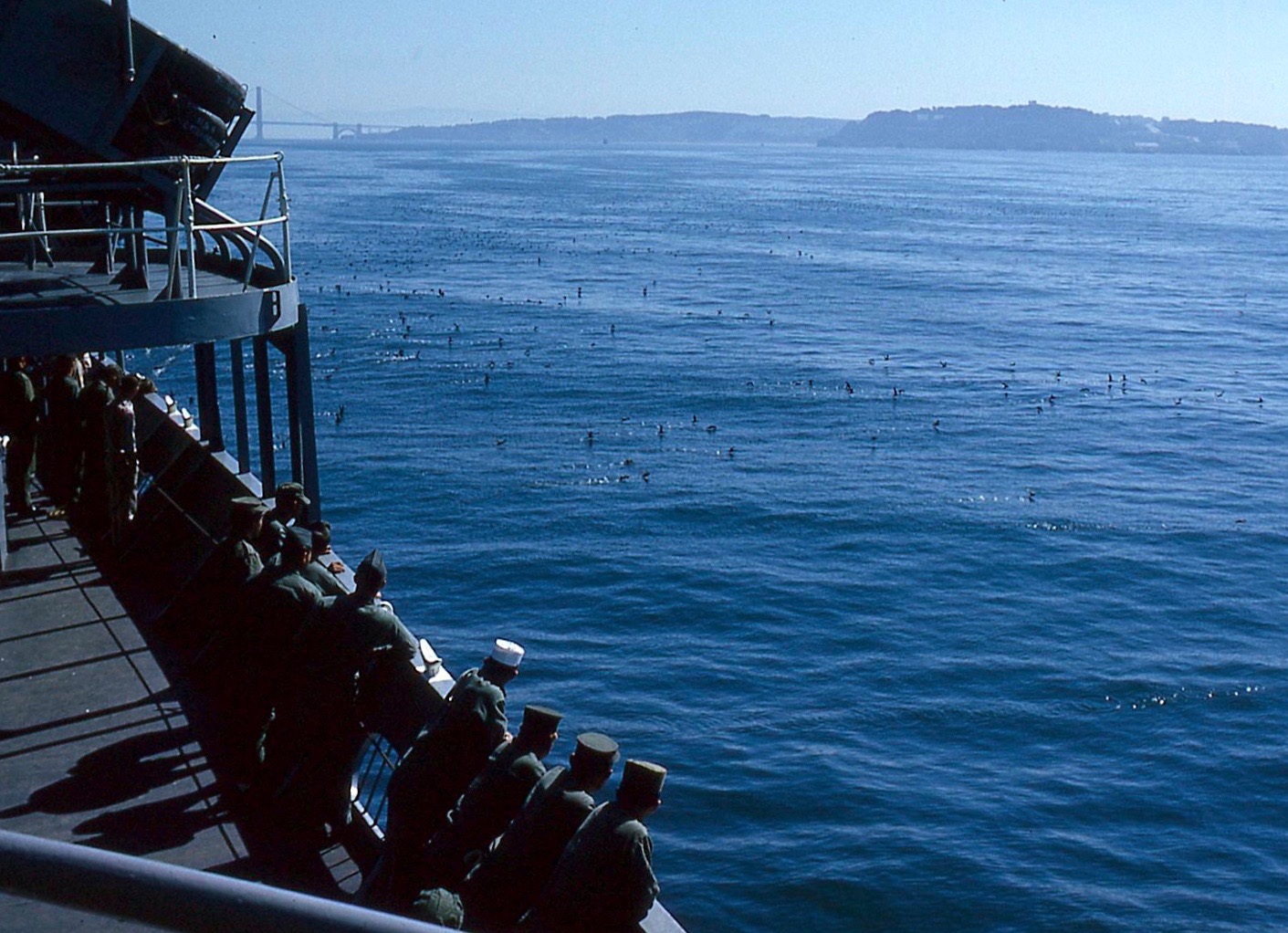 Approaching San Francisco on my way home aboard the General J.C. Breckenridge, the same class of ship as the Gaffey. 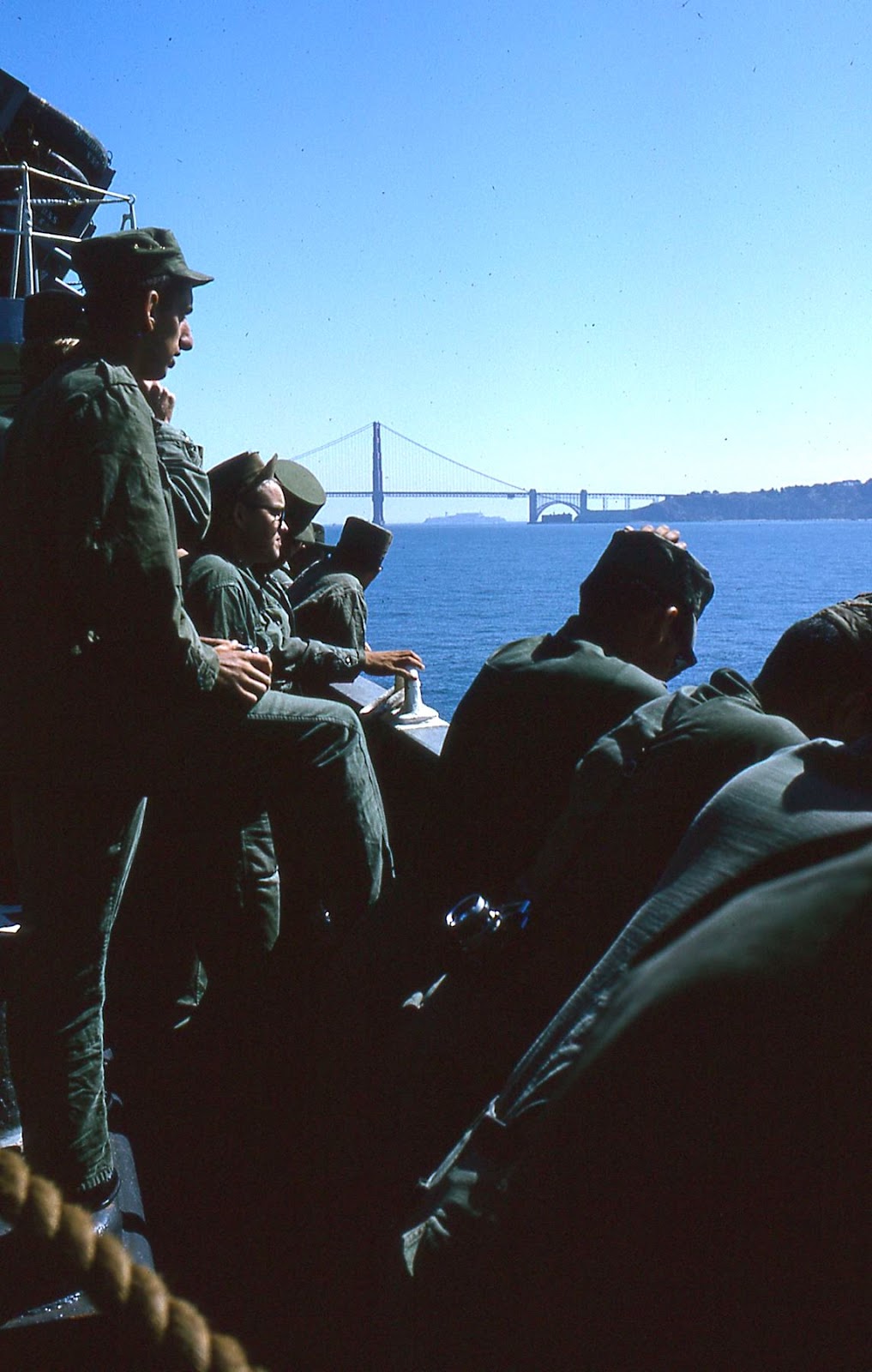 Still offshore. The Golden Gate Bridge, Fort Point and Alcatraz are in the background. Many of the soldiers about to be discharged tore their rank insignia from their sleeves for some reason. I did not, for some reason.

I visited Honolulu recently and took some photos in an attempt to do a "Then and Now" for some of the images shown above. 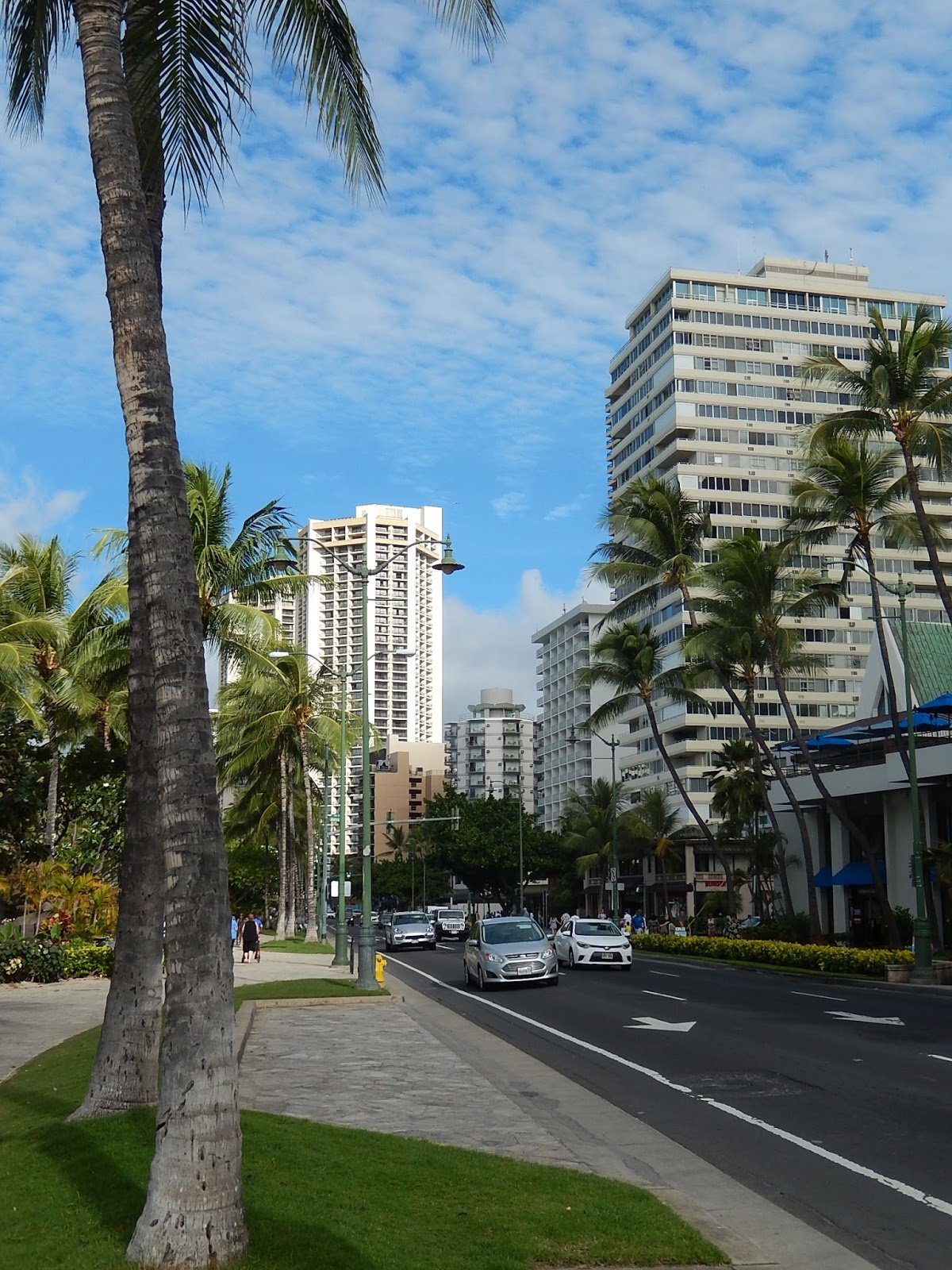 I couldn't duplicate the point-of-view of the Kalakaua Avenue scene due to the presence of more recent buildings, so this was taken from the opposite direction. The "tall" drum-shaped building in the 1963 photo can be found near the center of the image, above the cars.

A December 2016 view of the Waikiki beach area from a slightly different angle and closer. The Moana is at the right and the Royal is at the center.

Thanks for this, I love seeing photos from that era.