Lucien Labaudt (1880-1943), born in France, was largely self-taught, and spent most of his career in San Francisco where he is best known for murals he created at Coit Tower and, around 1936-37, for the Beach Chalet. Biographical information is skimpy on the Internet, but one snippet is here. Labaudt was a war artist when he died in a plane crash in India.

His usual mural style was the 1930s-fashionable, simplified and slightly cartoonishly distorted way of depicting people and settings. Unlike many other San Francisco mural painters in the 1930s, Labaudt minimized political commentary in his pictures.

Below are images of some of his murals along with two earlier easel paintings. Click on them to enlarge.

Mural of Baker Beach in the Beach Chalet.

Mural of Golden Gate Park in the Beach Chalet. 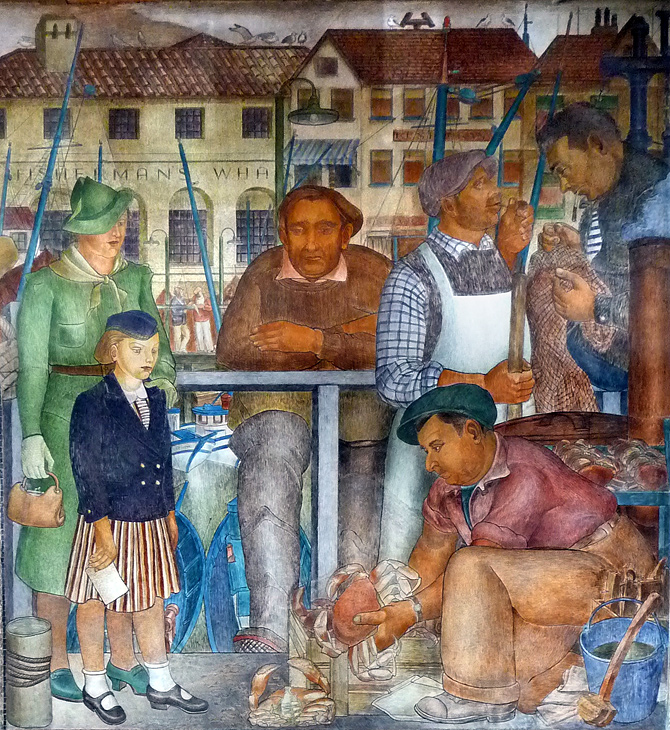 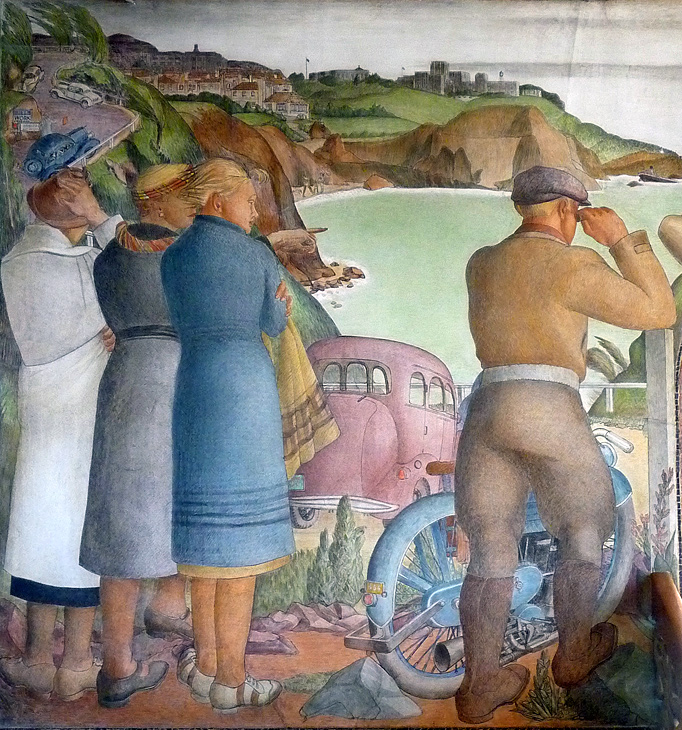 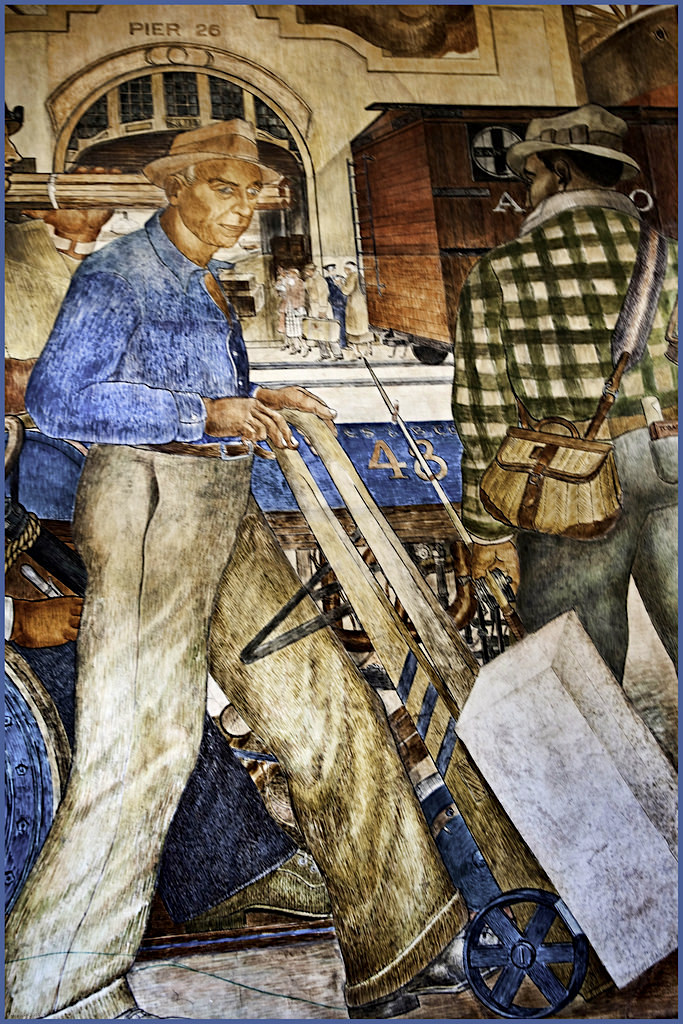 Detail of Beach Chalet mural of San Fancisco's waterfront. Labaudt usually included family members and friends in his murals. The man shown here is Harry Bridges, boss of the longshoremen's union that kept West Coast ports disrupted due to strikes for decades. 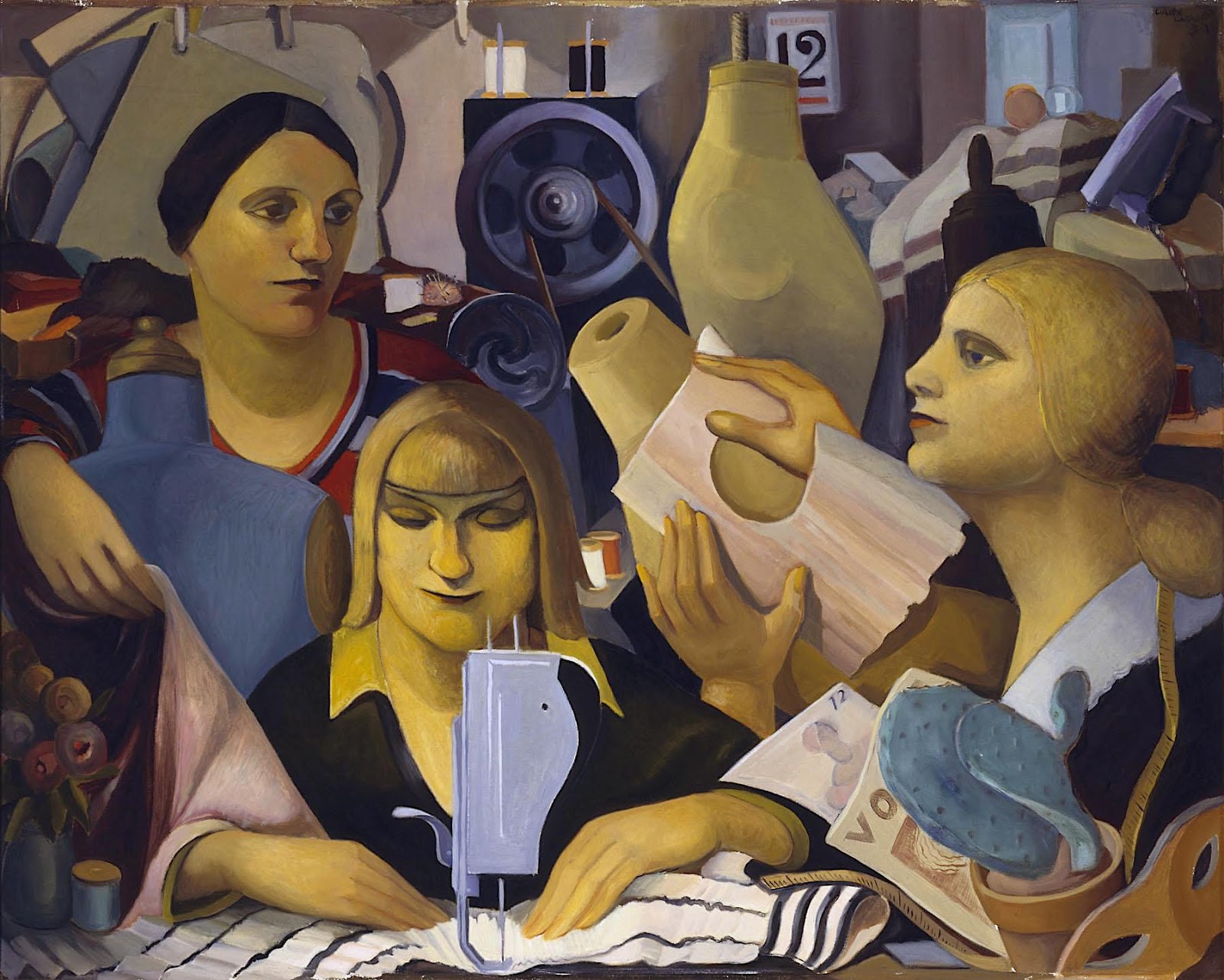 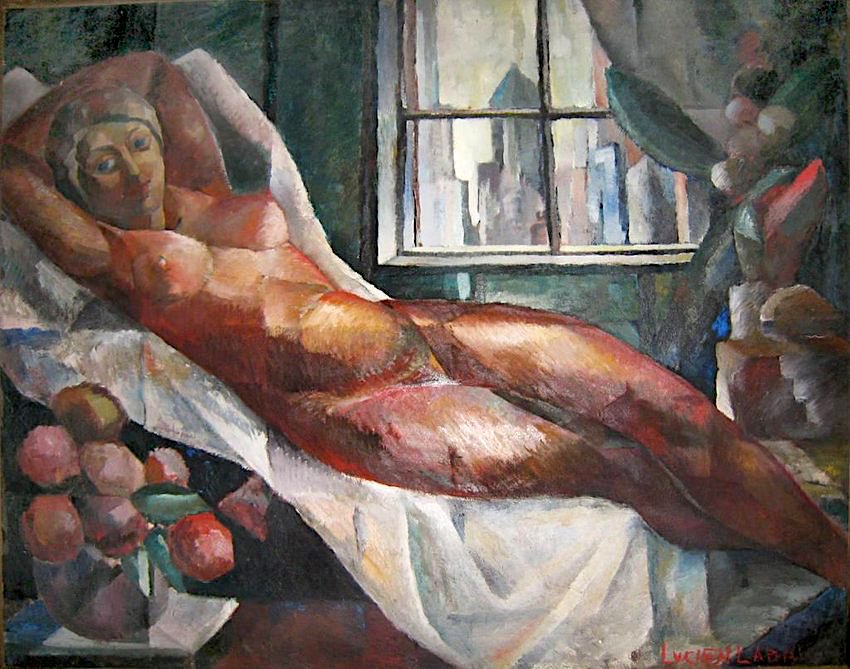 "Composition" from 1927. Note how it differs from the Social Realist style of his later works.

I have discovered three sketches by Lucien Labaudt in my collection. They appear to be theatrical costume design sketches or dress design sketches. Both were the type of work Labaudt did at the time. Each is dated 1916 and are about 2' x 2.5' in size and are done in pencil.