Ralph Waldo Emerson Barton (1891-1931) had a tortured mind and a short, tempestuous life that ended in suicide. Yet he was a talented, highly successful cartoonist for such publications as Puck, Vanity Fair and The New Yorker.

A general biography is here. For more on his failed romantic life, David Apatoff provides a summary here. For much more detail regarding Barton, you might was to read what The New Yorker published in 1989 here.

Barton developed a simplified, modernist cartooning style during the 1910-20 decade and refined it during the 1920s. He usually relied on thin pen lines, areas of black plus washes to depict his usually exaggerated scenes. Some examples are below, but do take a look at the examples in the Apatoff links. 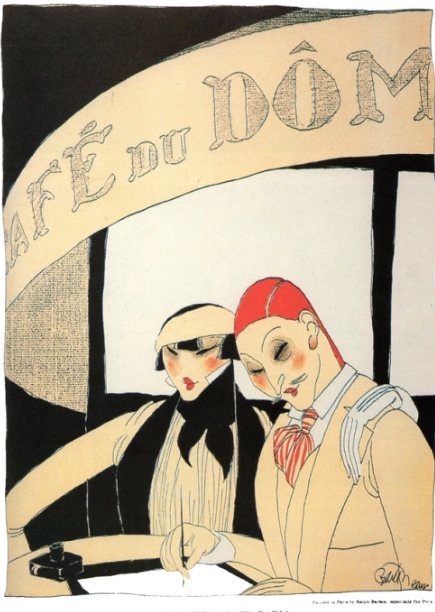 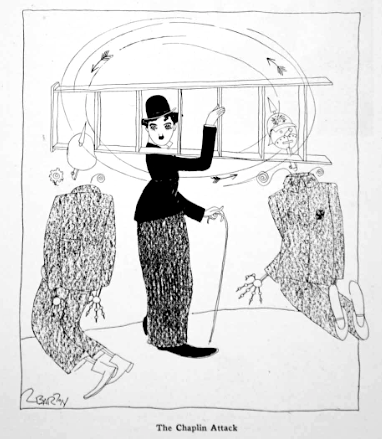 Charlie Chaplin in his Tramp costume beheading mannequins with German "pikelhaube" helmets used in the early years of the Great War. 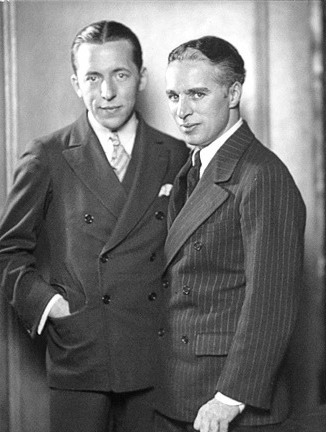 Barton (left) and Chaplin (right) were buddies for many years. 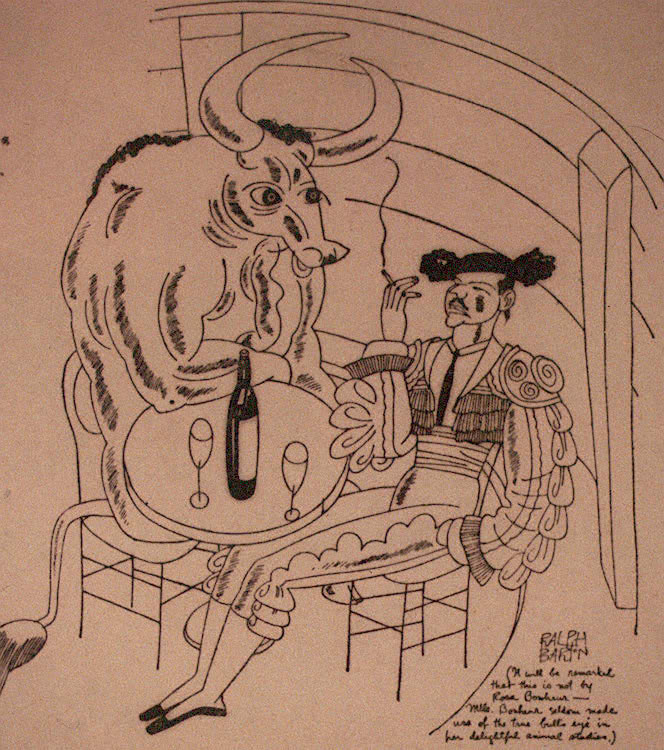 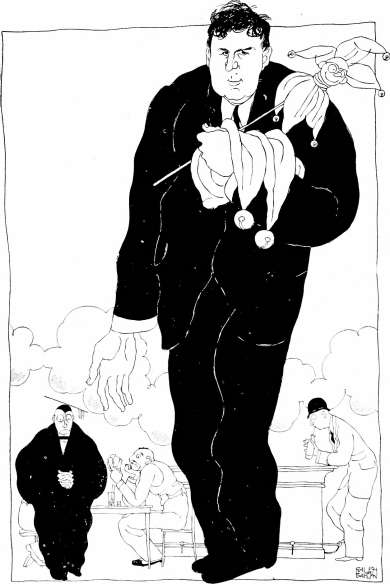 "Heywood Broun finds America suffering from a dearth of Folly" -- a literary caricature. 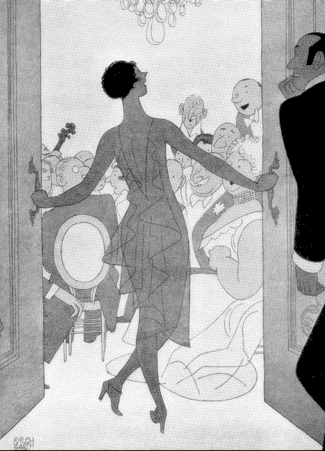 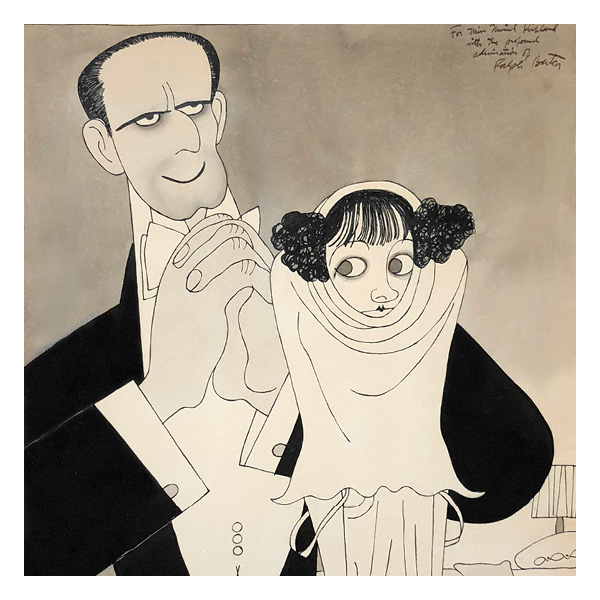 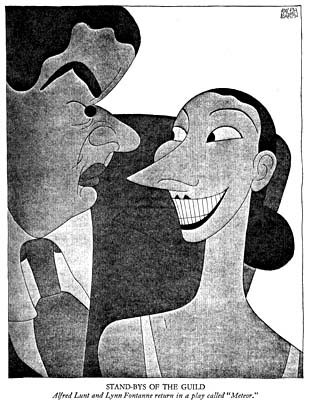 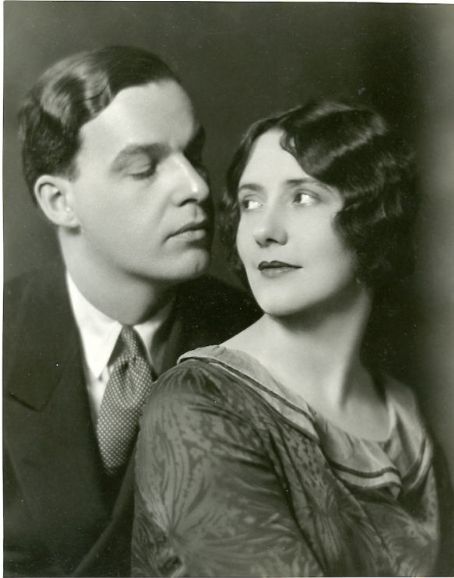 Photo of Lunt and Fontanne from a few years earlier.
Posted by Donald Pittenger at 1:00 AM