Joseph Wright of Derby (1734-1797), Wikipedia entry here, is probably best known for his dramatic Chiaroscuro paintings in the manner of Caravaggio.

But he painted most of his works in less dramatic settings. Typical of many artists of his time, he made many portraits in order to support his family, though he was not notably successful compared to the likes of his contemporaries Joshua Reynolds, Thomas Gainsborough, and their ilk. Nevertheless, some of his portraits are in the collections of major museums.

What interests me is that his most famous works tend to depict people more convincingly than can be seen in portraits painted around the same time. I should also note that his portraiture became more impressive as his career rolled on. Generally speaking, Wright's later portraits tend to compare well with the subjects shown in his earlier Chiaroscuro illustrative works. Go figure.

His interest in dramatic settings also tended to take the form of nocturnal scenes -- strong moonlight and swirling clouds. Plus, he painted several imaginary scenes of the volcano Vesuvius erupting. 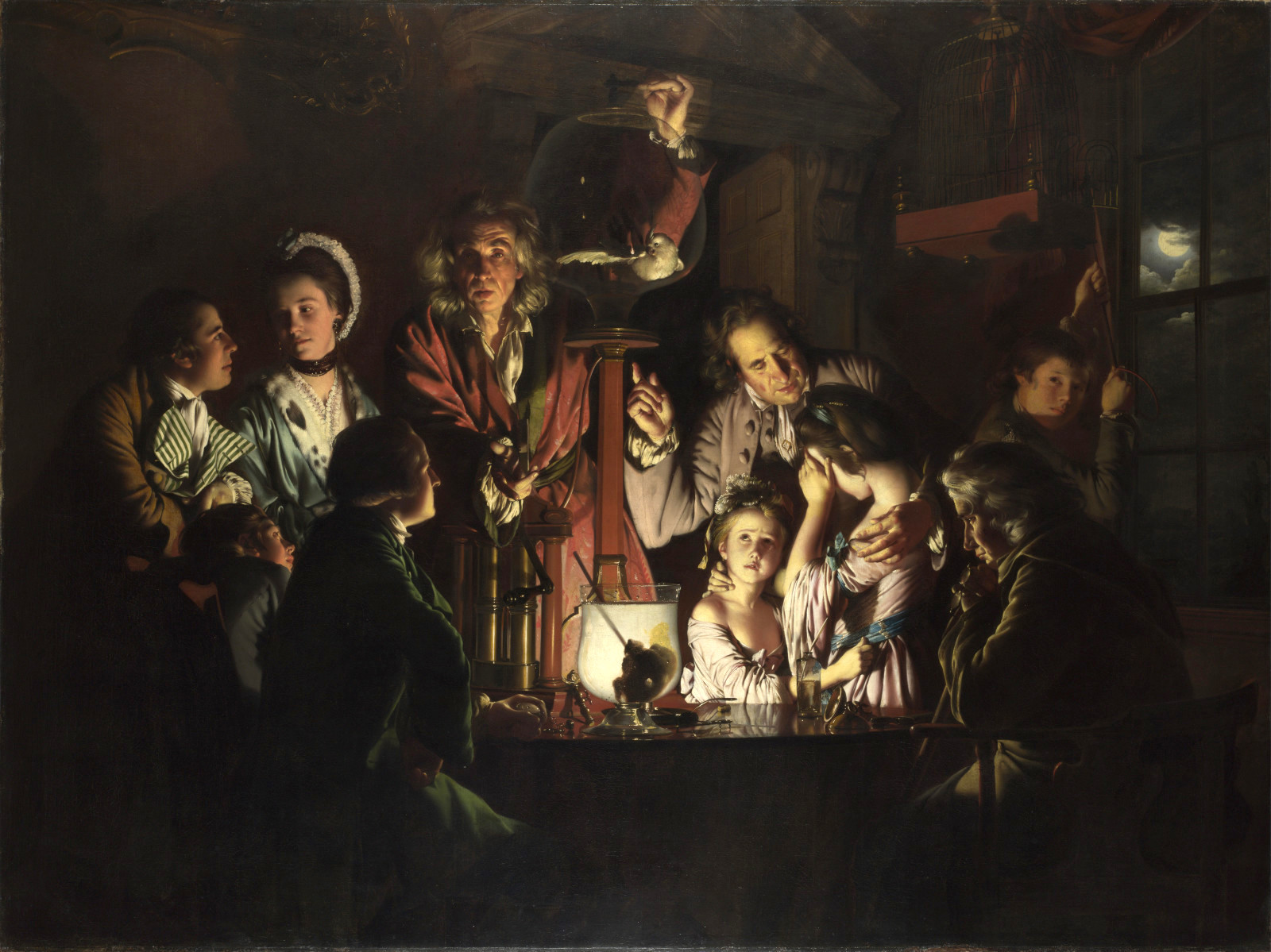 An Experiment on a Bird in the Air Pump - 1768
This might well be Wright's most famous work. Obviously, he couldn't have had people posing in that setting while he was painting. Perhaps someplace is a discussion of his method for depicting light and shade on faces from a single light source. For now, I speculate that he observed people (possibly one at a time) under those conditions and then recorded what he observed for later use. 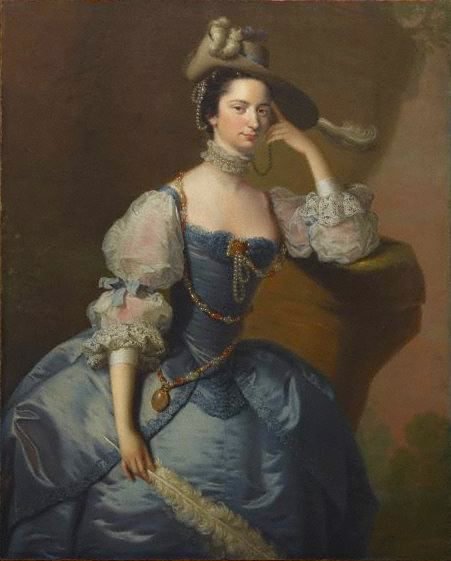 Margaret Oxenden - c. 1758
One of his earlier portraits.  He did a decent job on the clothing, but the lady's face and neck seem a bit off. Her right arm doesn't look quite correct either, though her costume makes it hard to judge. 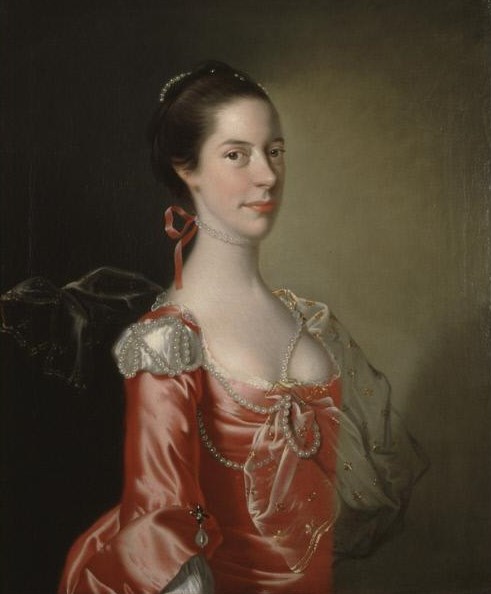 Miss Jane Monck (?) - c. 1760
Another early portrait. Several of these are posed about the same way and the subjects' faces seem a trifle too narrow. Again, the neck seems too long. 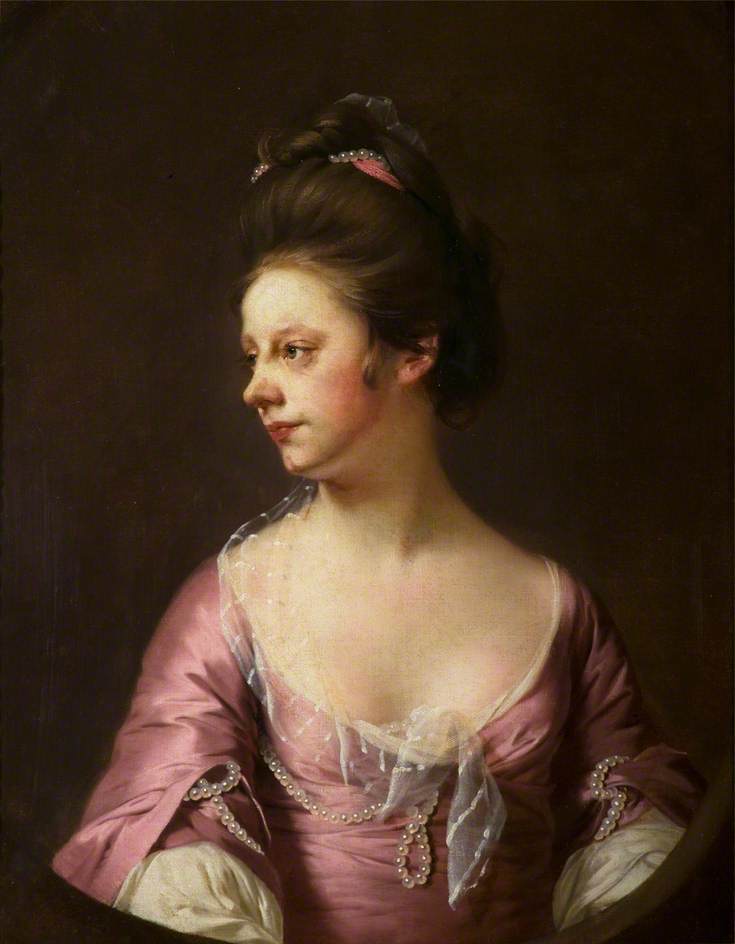 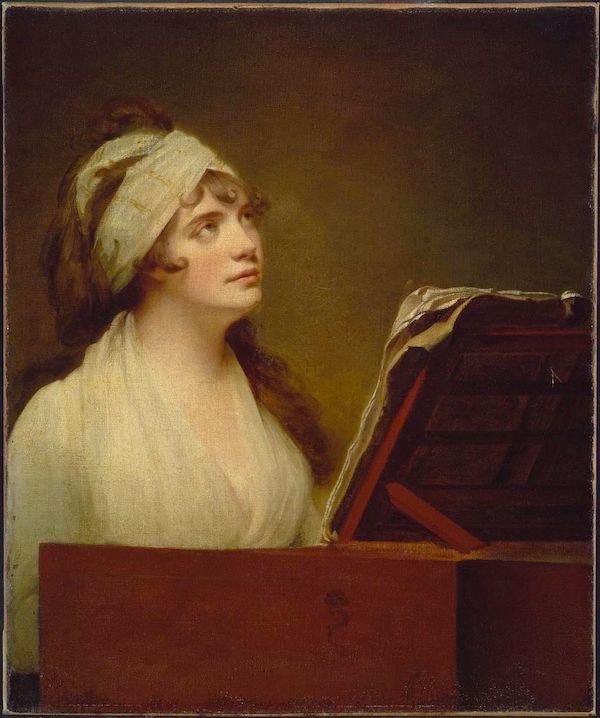 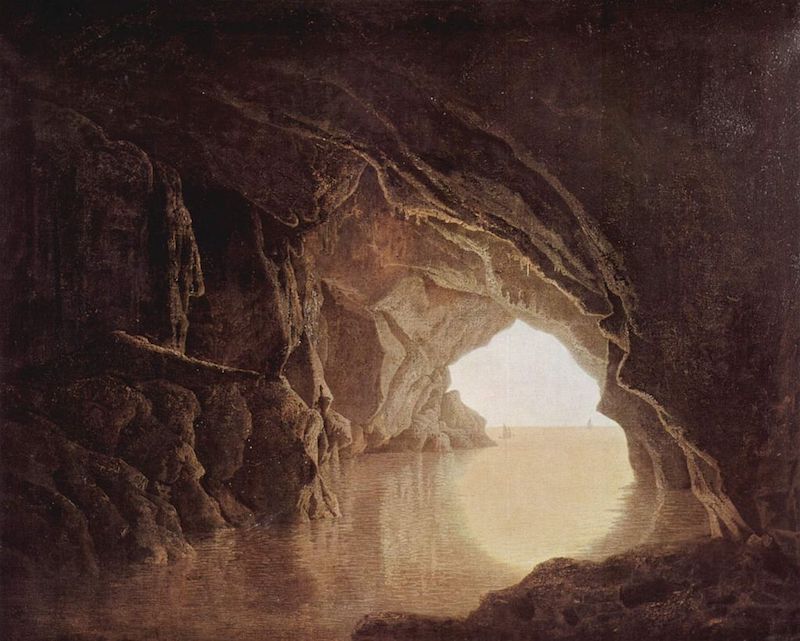 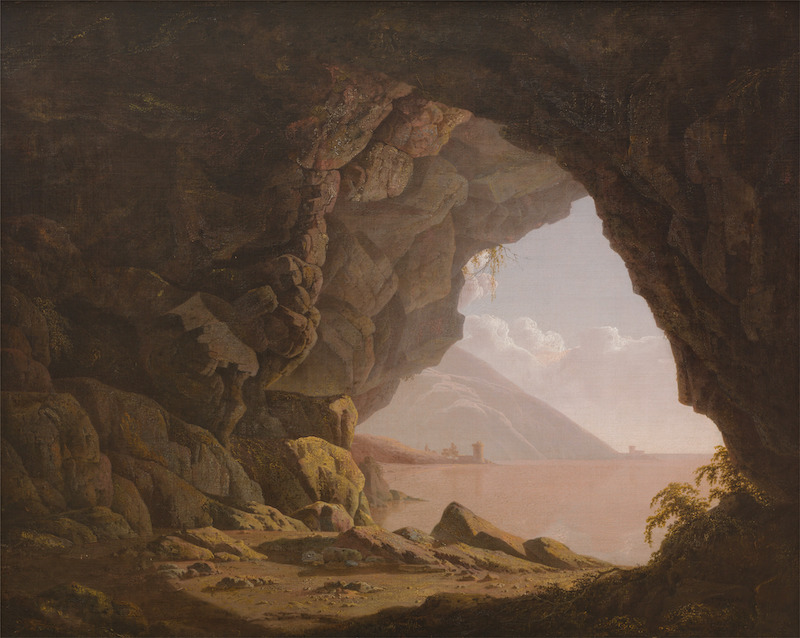 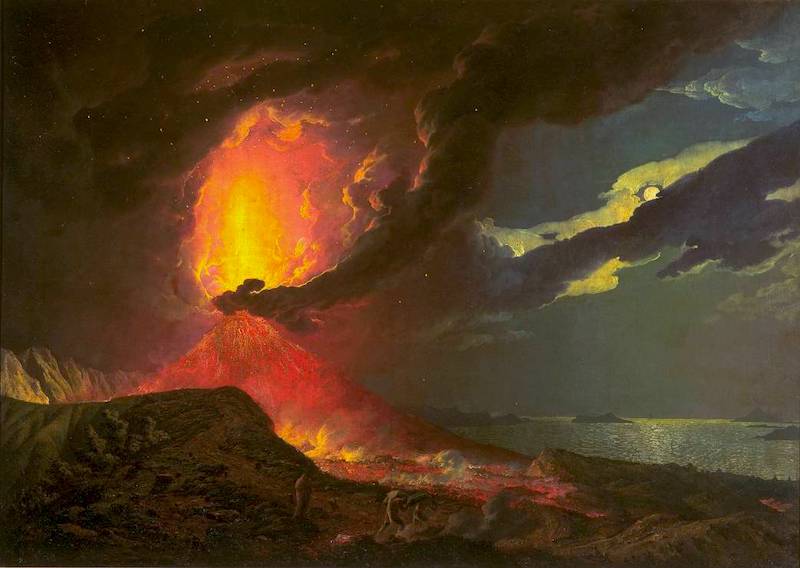 Vesuvius in Eruption, with a View over the Islands in the Bay of Naples - c. 1776-80
According to Wikipedia, Vesuvius did not erupt during Wright's stay in Naples, so this image is fanciful. 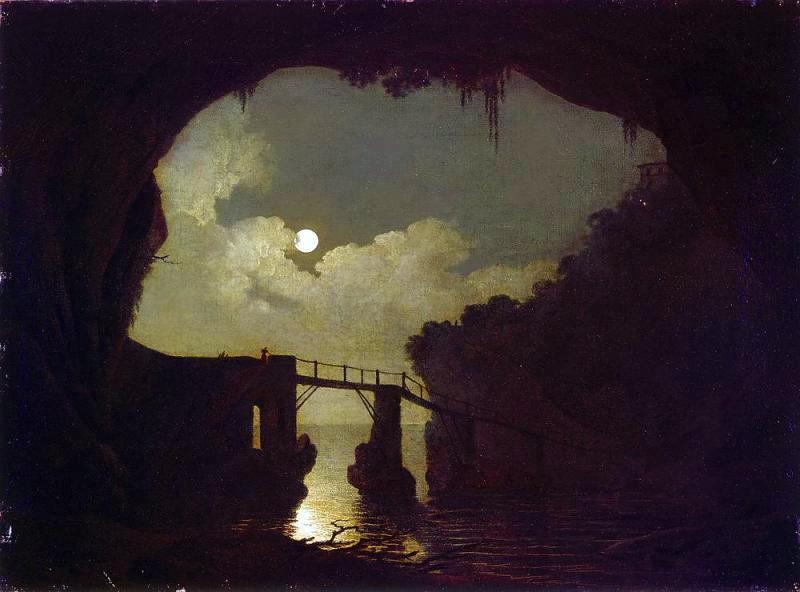 Bridge Through a Cavern, Moonlight - 1791
A dramatic nocturnal scene. 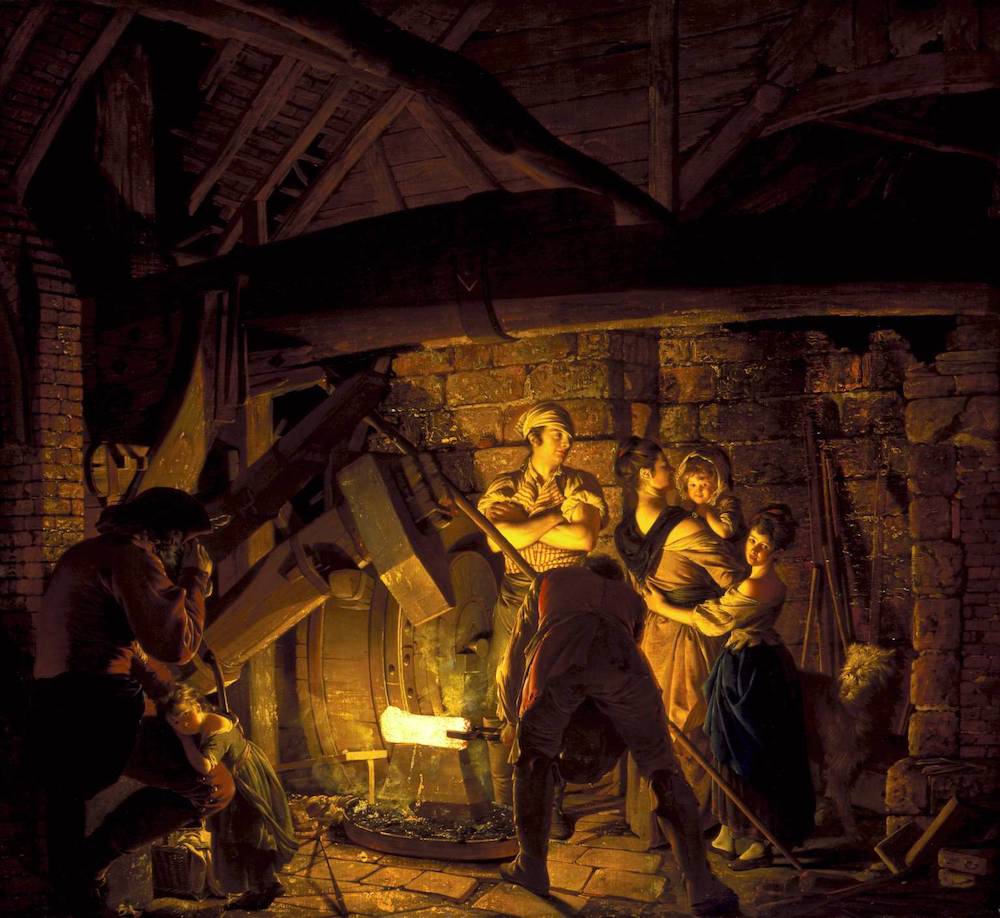 An Iron Forge - 1772
One of Wright's Chiaroscuro paintings. 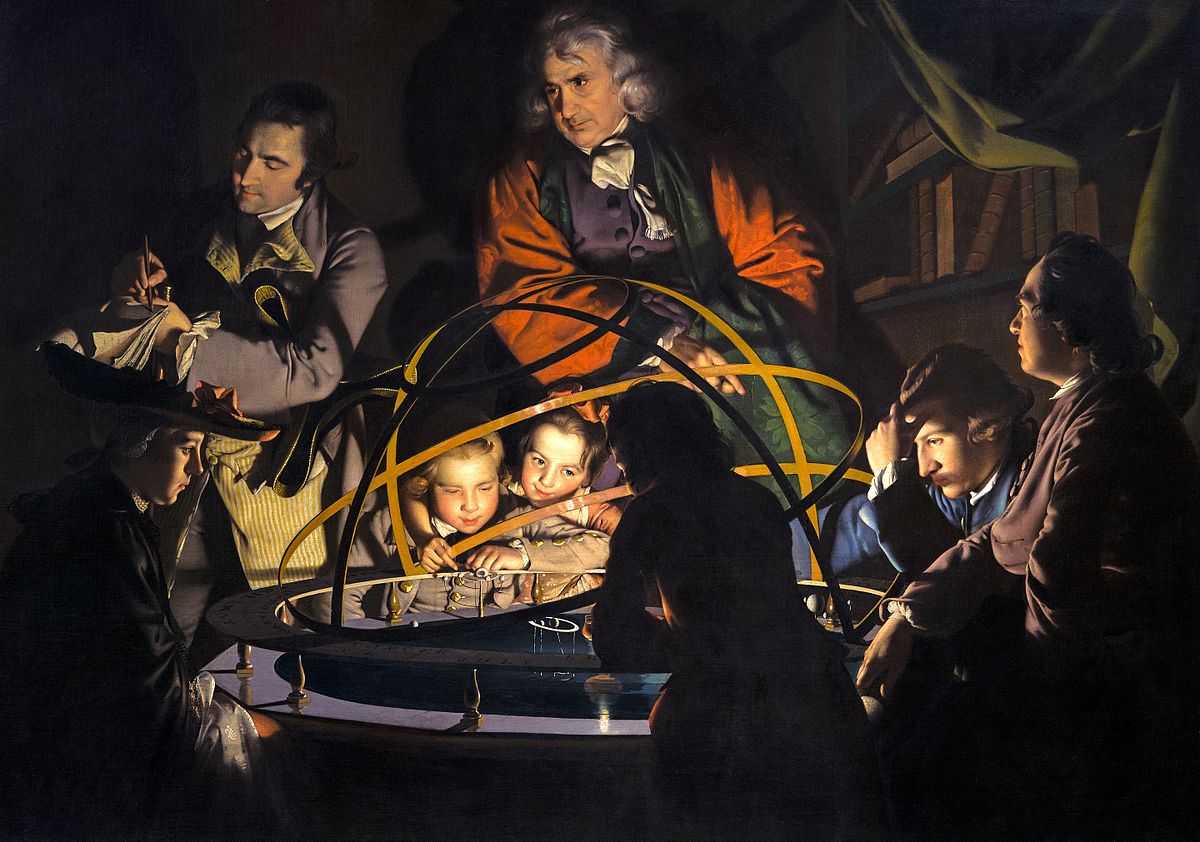 A Philosopher Giving a Lecture on the Orrery in which a Lamp is put in place of the Sun - c. 1765
One of his most famous paintings. This and the painting at the top were made during the decade between when the first two portraits shown above were painted.
Posted by Donald Pittenger at 1:00 AM