Sir Lawrence Alma-Tadema (1836-1912) is best known for his paintings of Classical scenes. I wrote  in 2011 about the rise of prices for his work, discussed his miniaturist aspect here and recently wrote about this small painting seen at San Francisco's Legion of Honor museum.

During that same museum visit I spied and photographed another small painting by him, but this was not one of his Classical scenes. Nor was it an early painting made before he settled into that genre. Rather, its title is "In My Studio" and was painted in 1893 when his career was thriving.

What I think is important about this work is his use of color, explained in a caption below. Click on the images of my photos to enlarge, especially if your computer has a large screen. 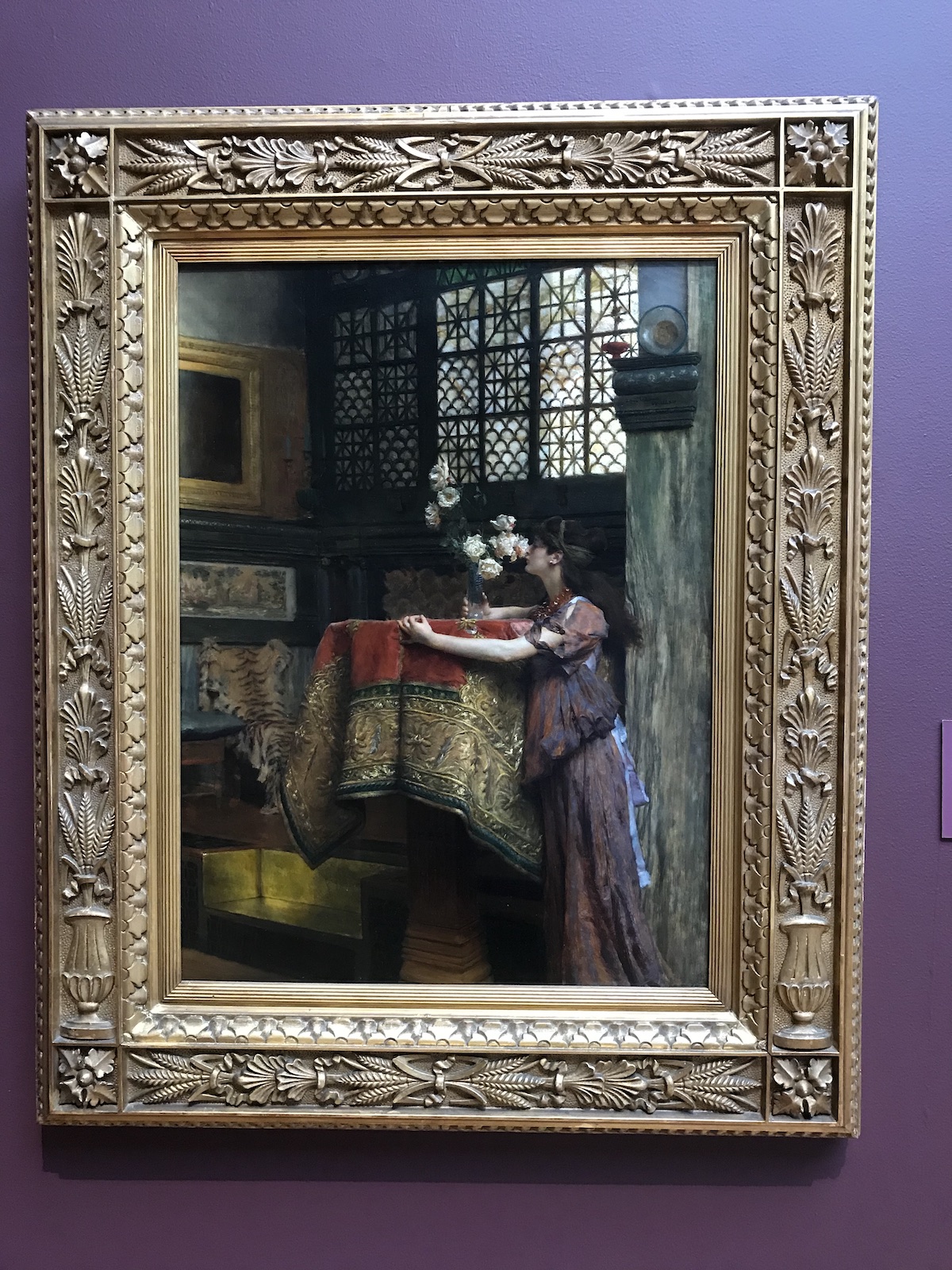 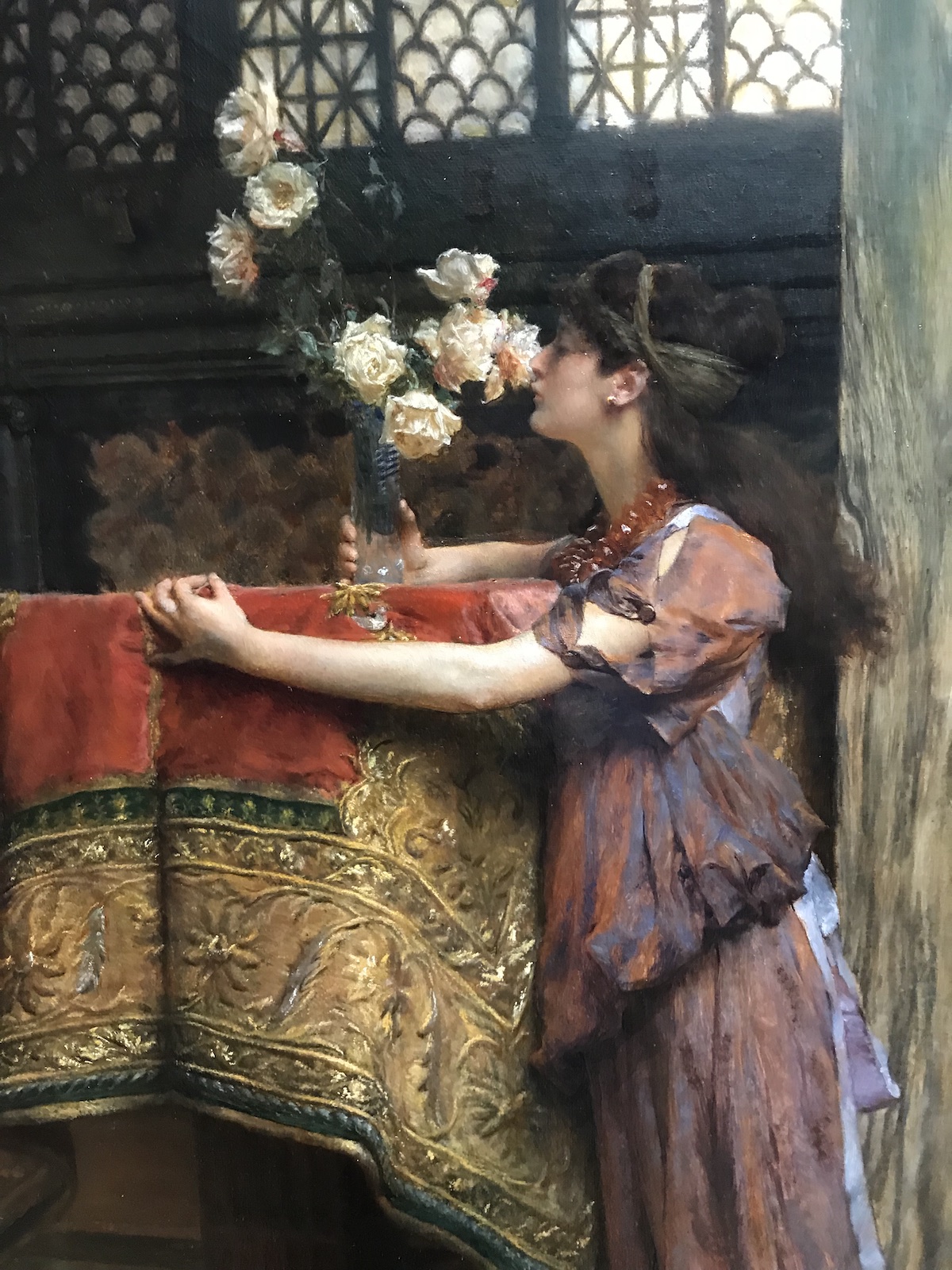 Detail. Tadema was skilled at depicting materials, especially Classical marble. This painting displays skillful work dealing with the draped cloth over a chest or table. But what intrigues me even more is the color work on the woman's dress.  No hard-edge pattern here. Instead, subtle mixtures of toned-down, somewhat grayed reds and blues painted in a seemingly casual yet actually disciplined manner. That Alma-Tadema fellow was really good.
Posted by Donald Pittenger at 1:00 AM

Agreed...Alma-Tadema was particularly skilled at depicting crisp three dimensional objects in two dimensional paintings. And I agree that his classical marble was always totally believable.

But if there was no hard-edge pattern on THIS model's dress material, that only proved what a truly flexible artist Alma-Tadema was.

I’m probably all wrong on this but I keep seeing a relationship between the look of Alma-Tadema’s work and that of Howard Pyle. It could be something as vague as the general look of late nineteenth and early twentieth century realistic art.

This latest post is one that I like very much. The painting has a strange composition with an odd value pattern. Most of the picture is a mass of darker values with everything of interest on the right side. Regardless, it still has great appeal.