Ellen Bernard Thompson Pyle (1876-1936) was a highly successful illustrator whose career mostly took place 1920-1935. My criterion is that she illustrated around 40 covers for the Saturday Evening Post, America's leading general-interest magazine in those days. For an illustrator, getting even one cover assignment for the Post marked entry into the big leagues of the field.

Ellen was not a birth-relation of Howard Pyle, the famous illustrator and teacher. But she was a student of his at Drexel in Philadelphia (her home town, she came from the upscale Germantown area). More important, she was one of his select group of students at Chadds Ford, Pennsylvania.

She became a family member of Howard Pyle via marriage to his younger brother Walter Pyle (1859-1918). Ellen dropped her illustration career to raise their children, but resumed it upon his death.

Background on Ellen Pyle can be found here and here. The second link has Walter dying at age 42 when in fact that was Ellen's age when he died. 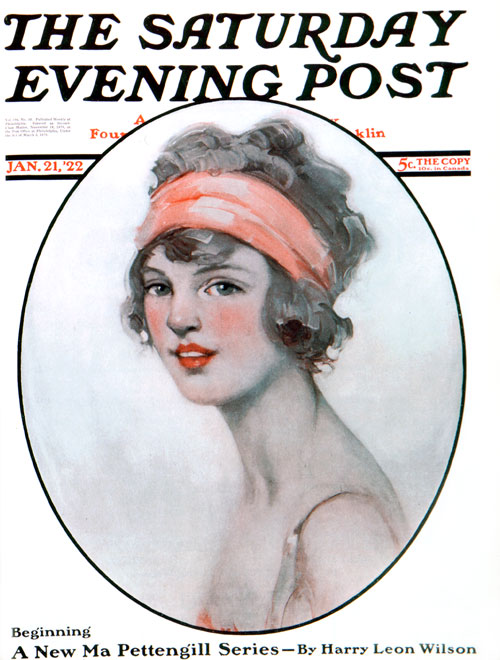 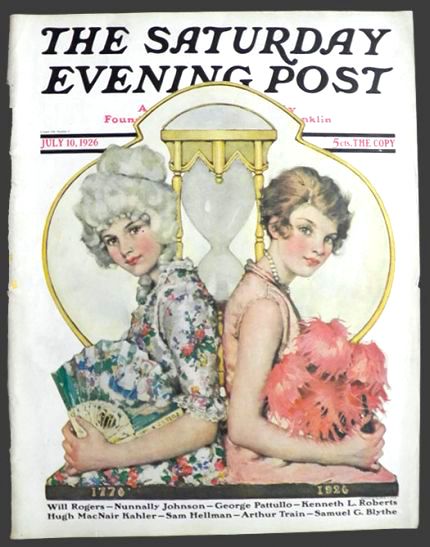 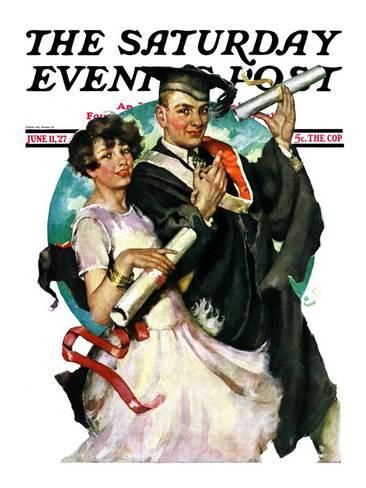 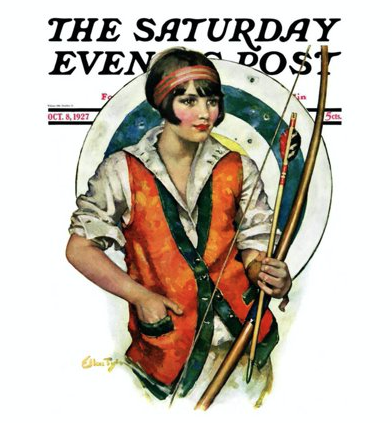 Saturday Evening Post cover - 8 October 1927
Until the early 1940s Post cover art was vignette format, often with a geometric device as can be seen here and in the first two images above. 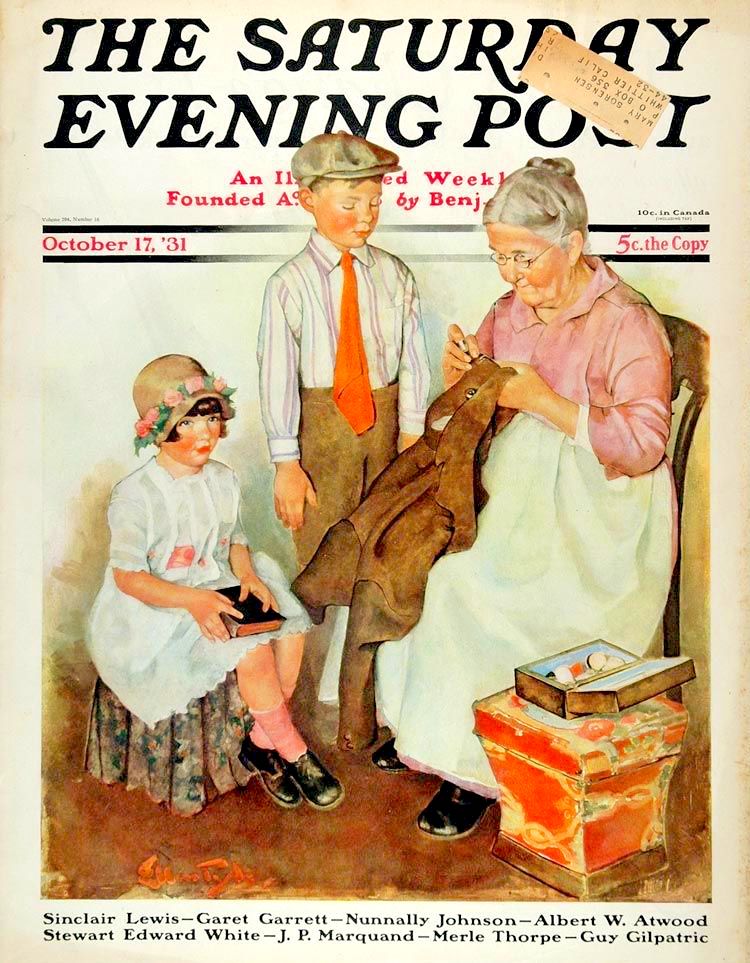 Saturday Evening Post cover - 17 October 1931
An unusual cover format (for the time) that is more framed art than vignette. 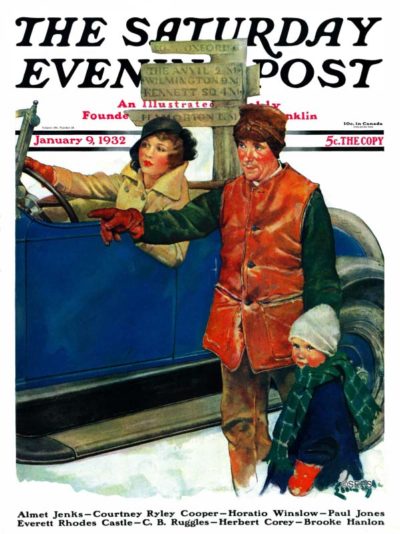 Saturday Evening Post cover - 9 January 1932
In real life, a roadster driven in January would have the car's top raised along with the side curtains -- so here Ellen used some artistic license. 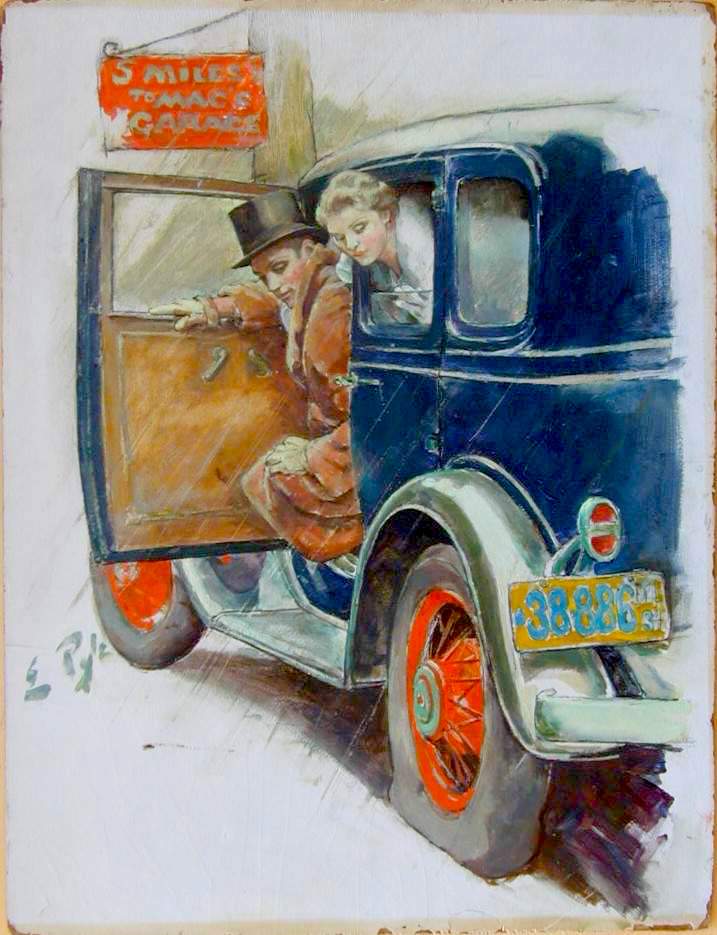 Saturday Evening Post cover - 24 November 1934
This is a study for the final cover that is essentially the same.  Her car is convincing, which to me is a sign that the illustrator knew her stuff. 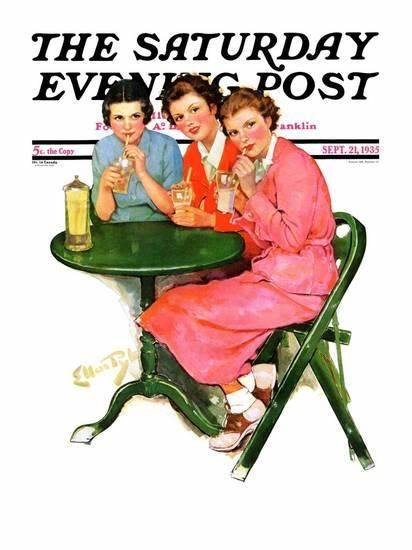 Saturday Evening Post cover - 21 September 1935
One of her last Post covers.
Posted by Donald Pittenger at 1:00 AM