Pre-Rapahelites Up Close: Some Snapshots

A large exhibit of Victorian art from Birmingham, England is touring the USA, currently parked at the Seattle Art Museum. Part of that exhibit is of paintings by Pre-Raphelite artists whose works are well-represented in Birmingham.

As I have mentioned from time to time, I'm not a big fan of hard-edge, highly detailed painting. I can respect it, and I prefer it to most modernist painting, but don't love it for the most part.

While visiting the exhibit I took snapshots using my iPhone of reference images followed by close-ups of Pre-Raphaelite painting on display. Some are shown below: click on them to enlarge considerably to view that painstakingly detailed work. 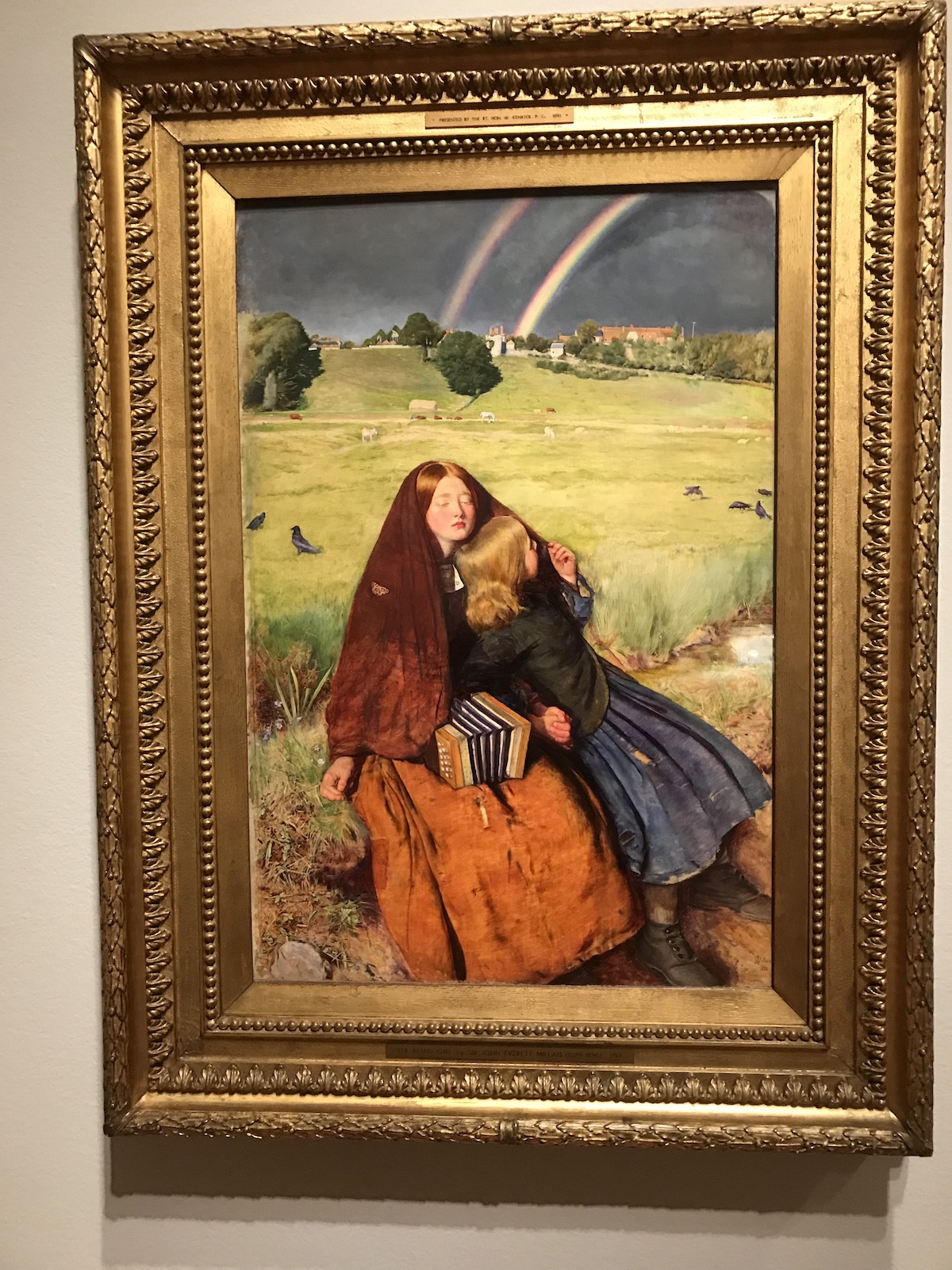 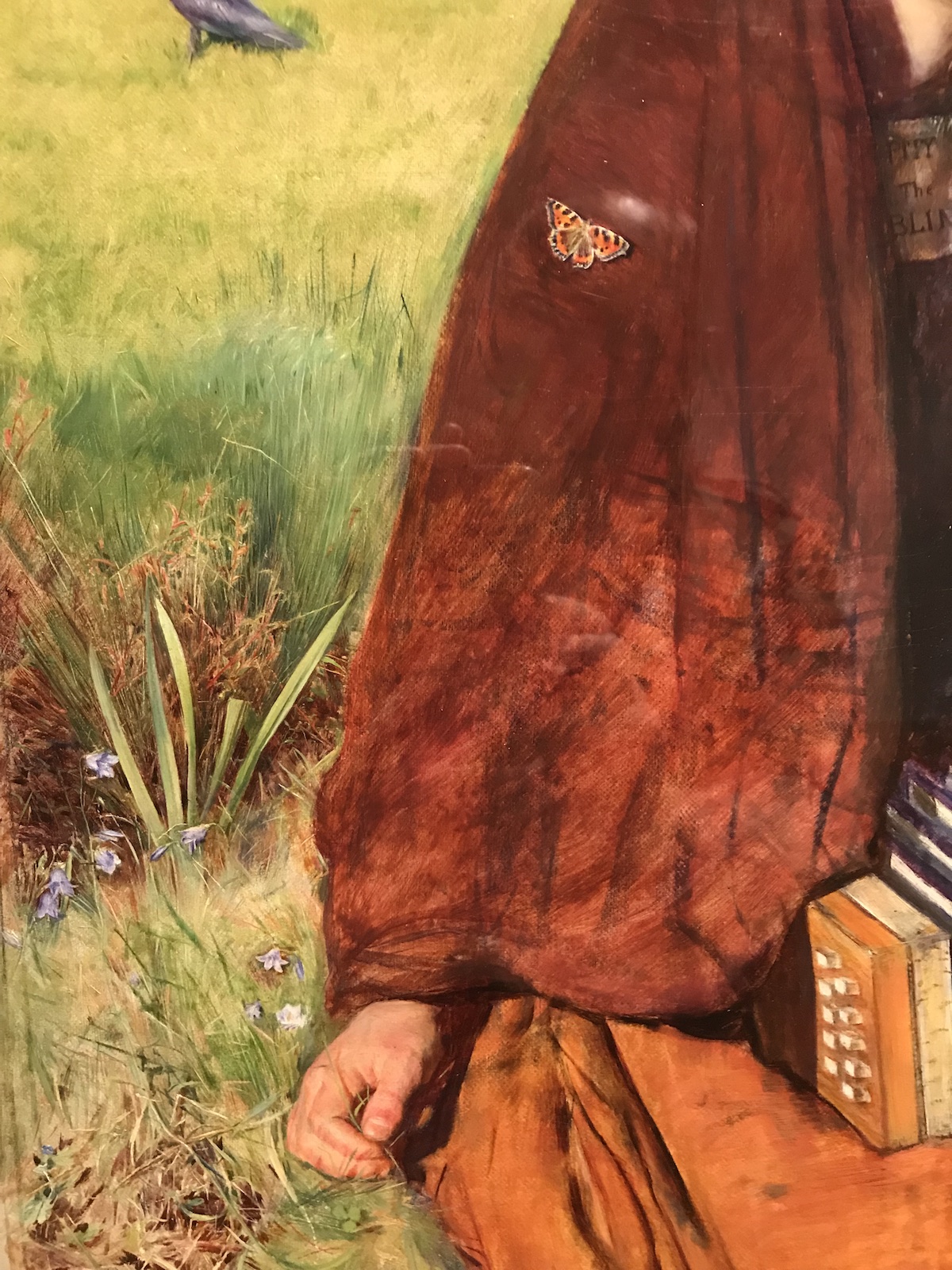 Note the many blades and other details on this fairly small painting. 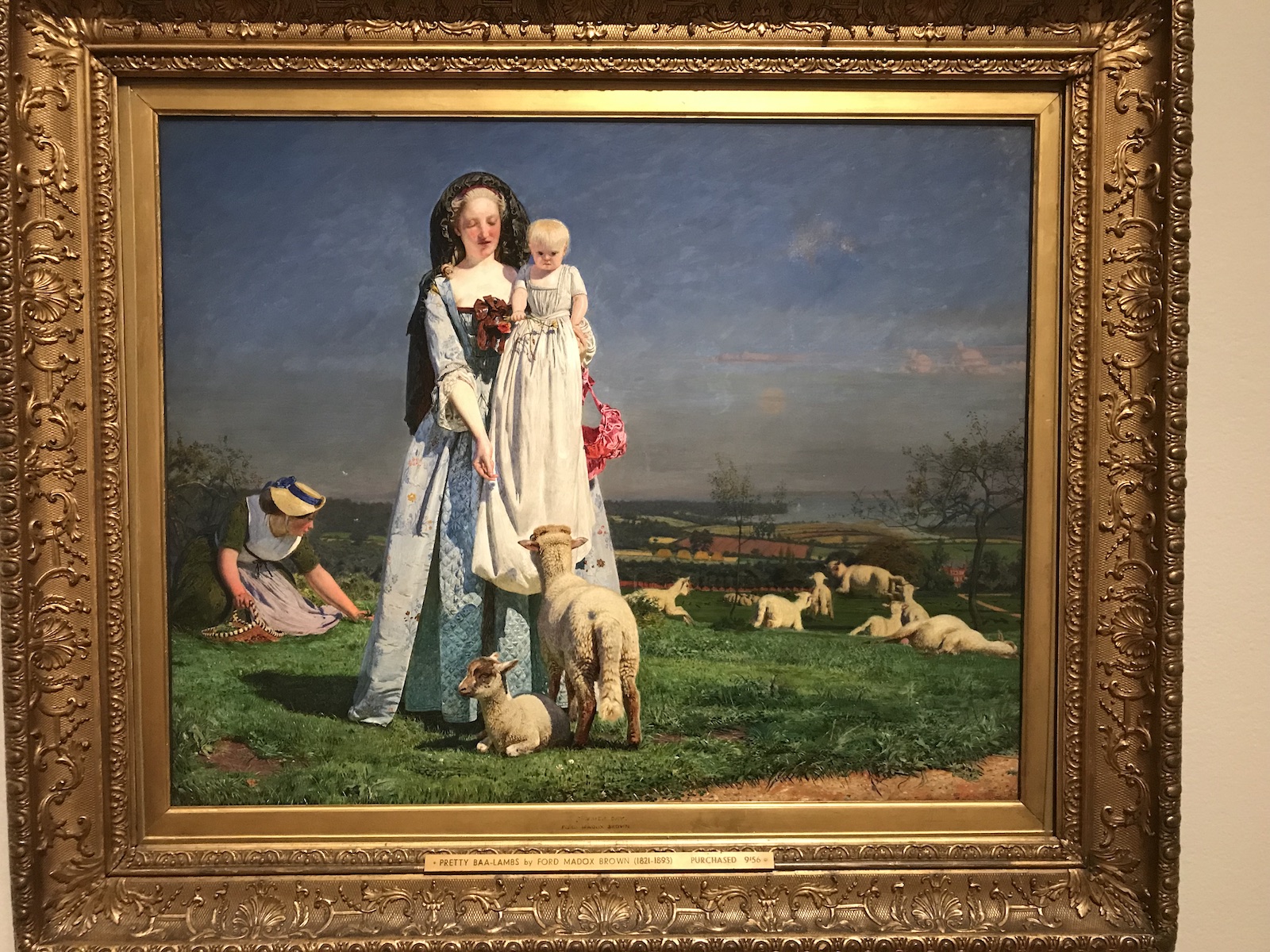 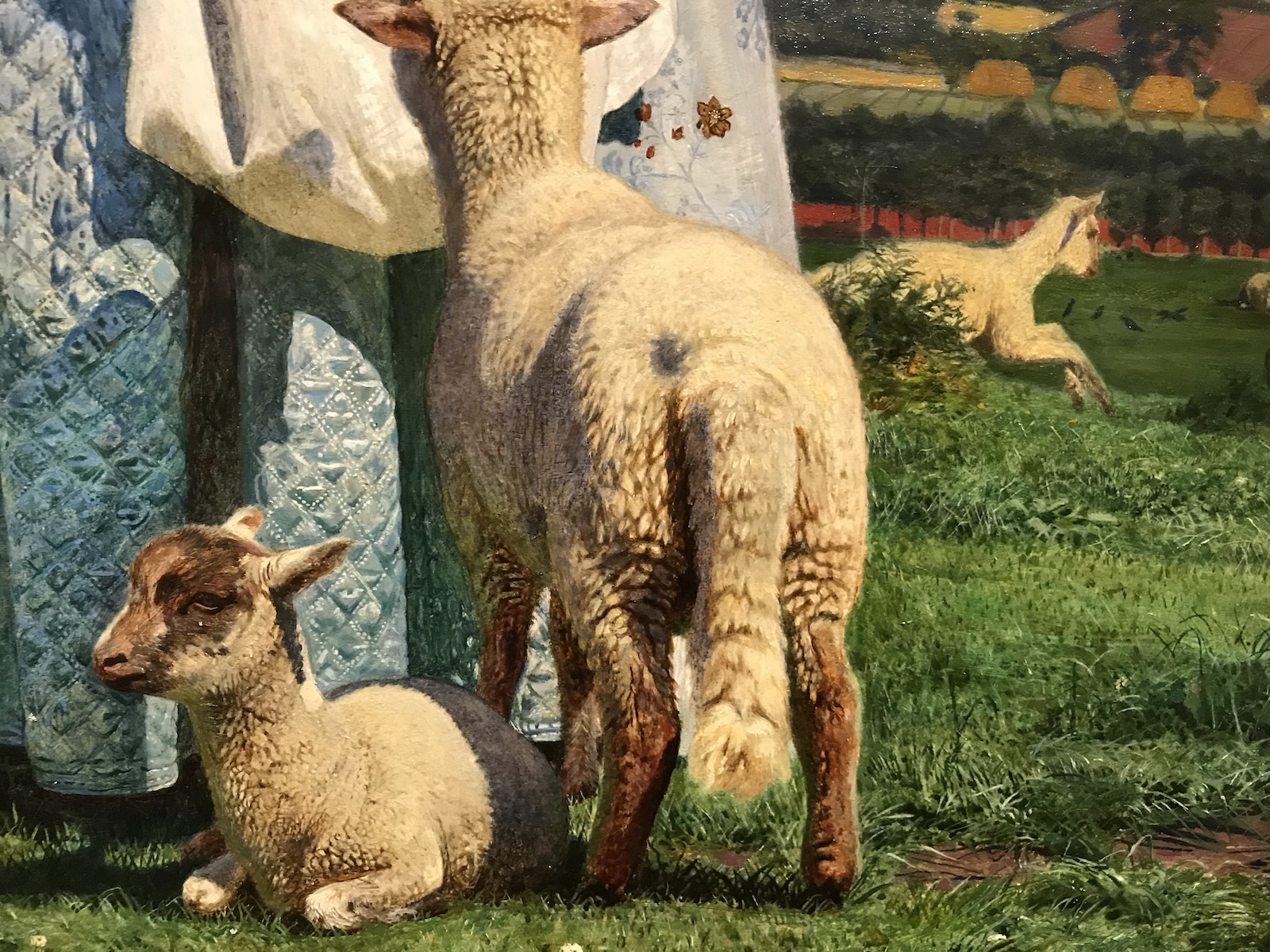 Detail everywhere -- from the quilted garment to the wool and grasses. 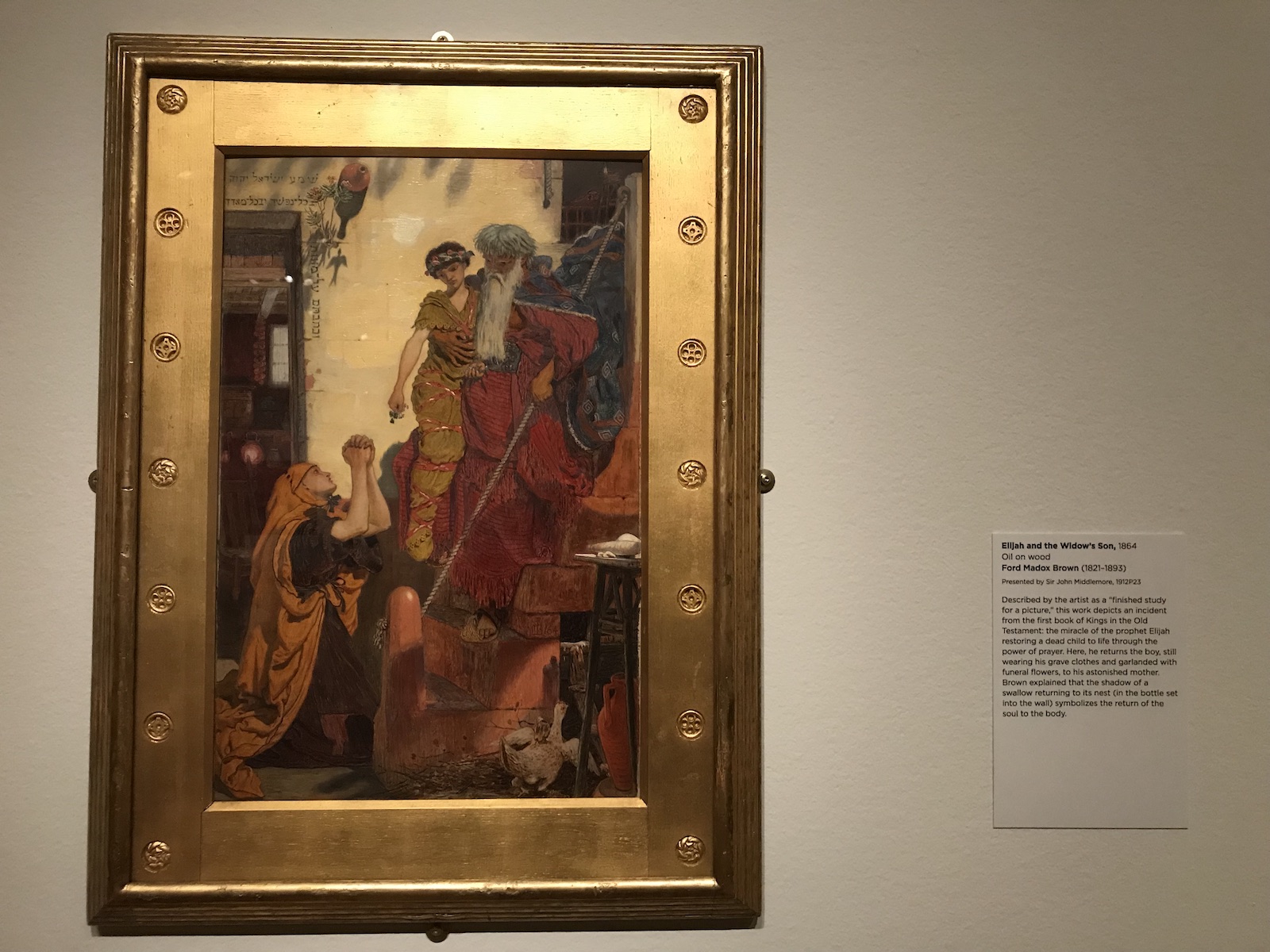 Elijah and the Widow's Son (1864) by Ford Maddox Brown
A "finished study for a picture" Brown stated. 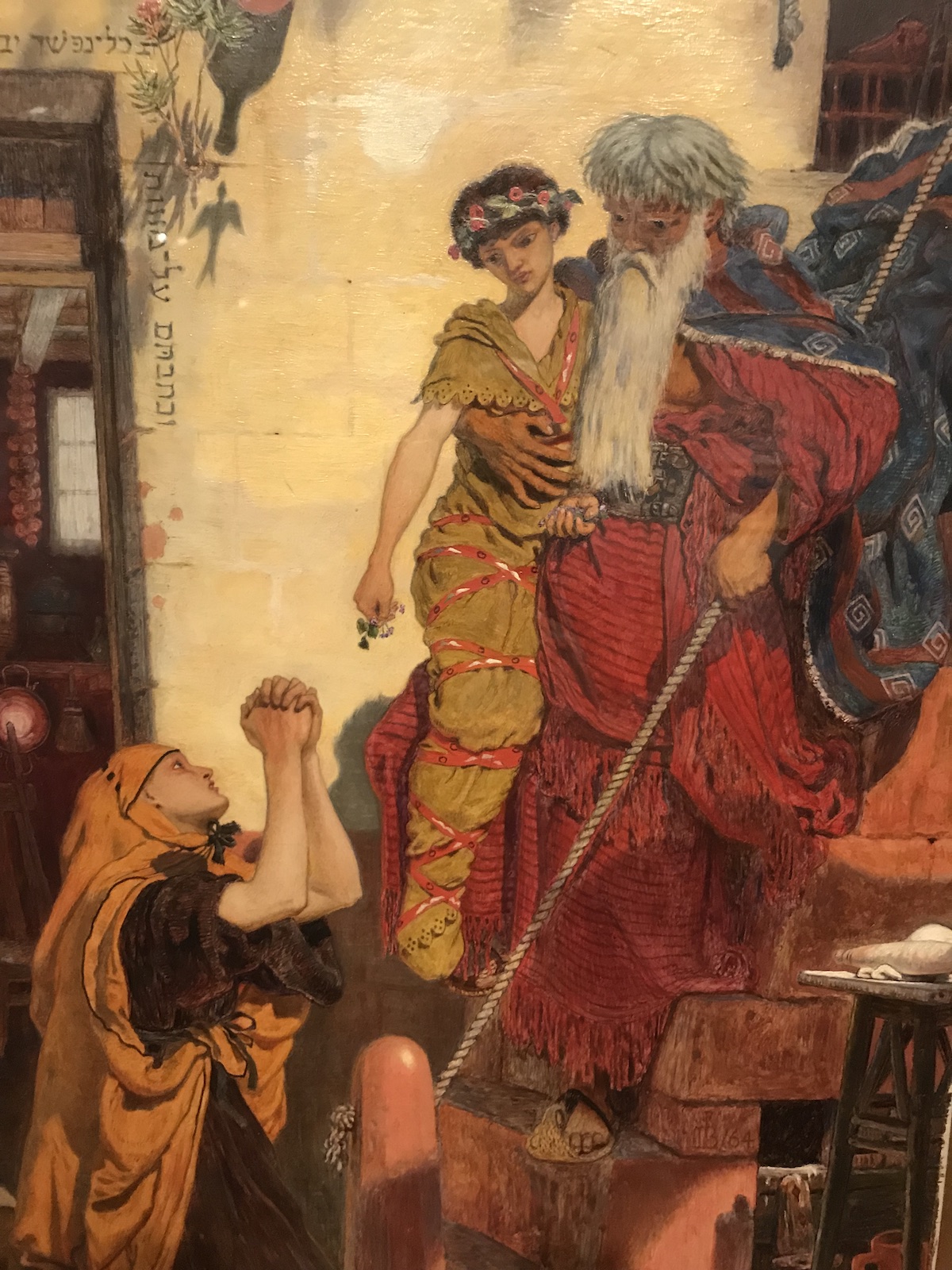 Being a study, it's not hard-core Pre-Raphaelite. But it's essentially a complete work and pleasing to me because detailing is less intense. Note the Hebrew writing around the door. 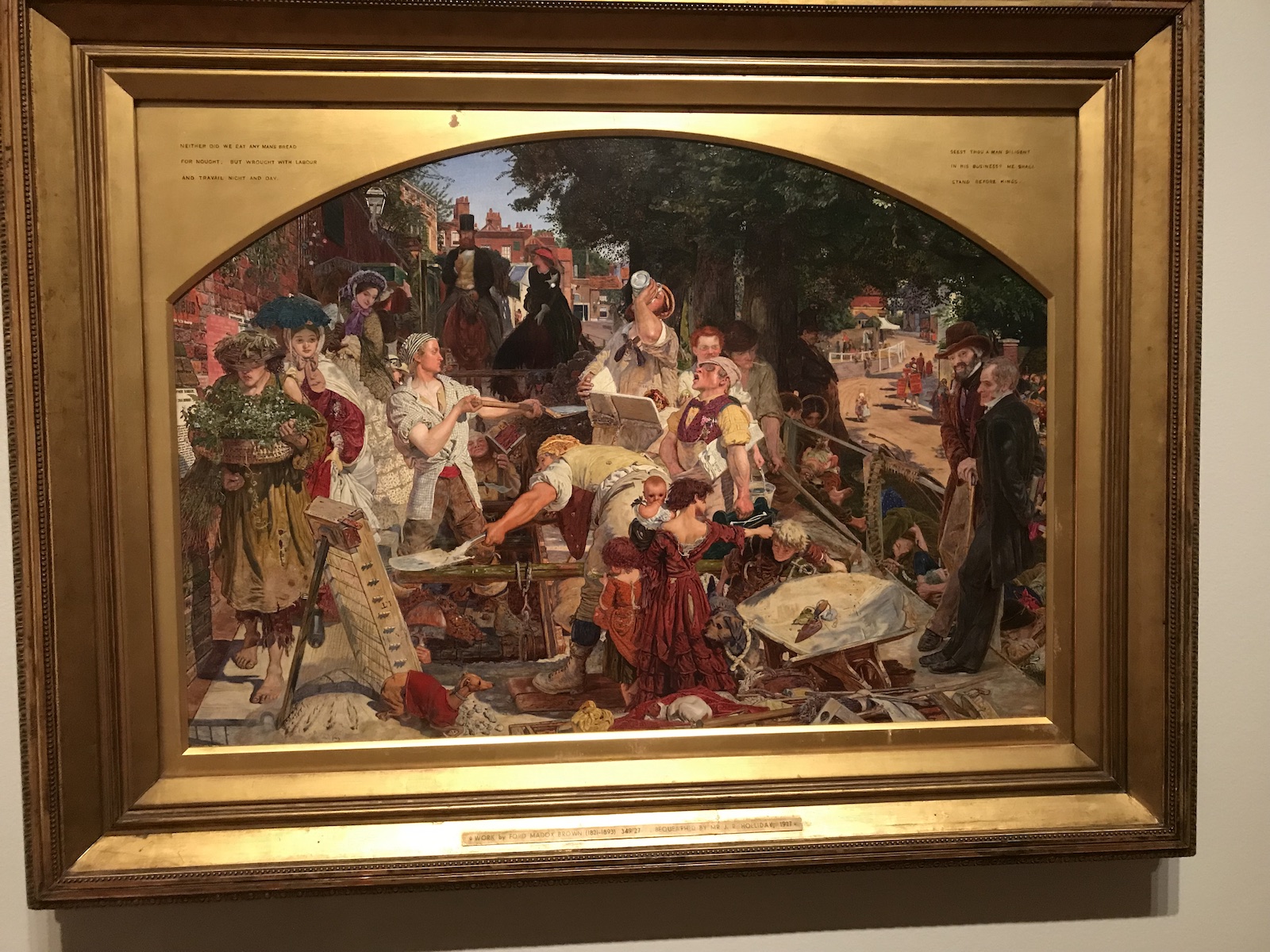 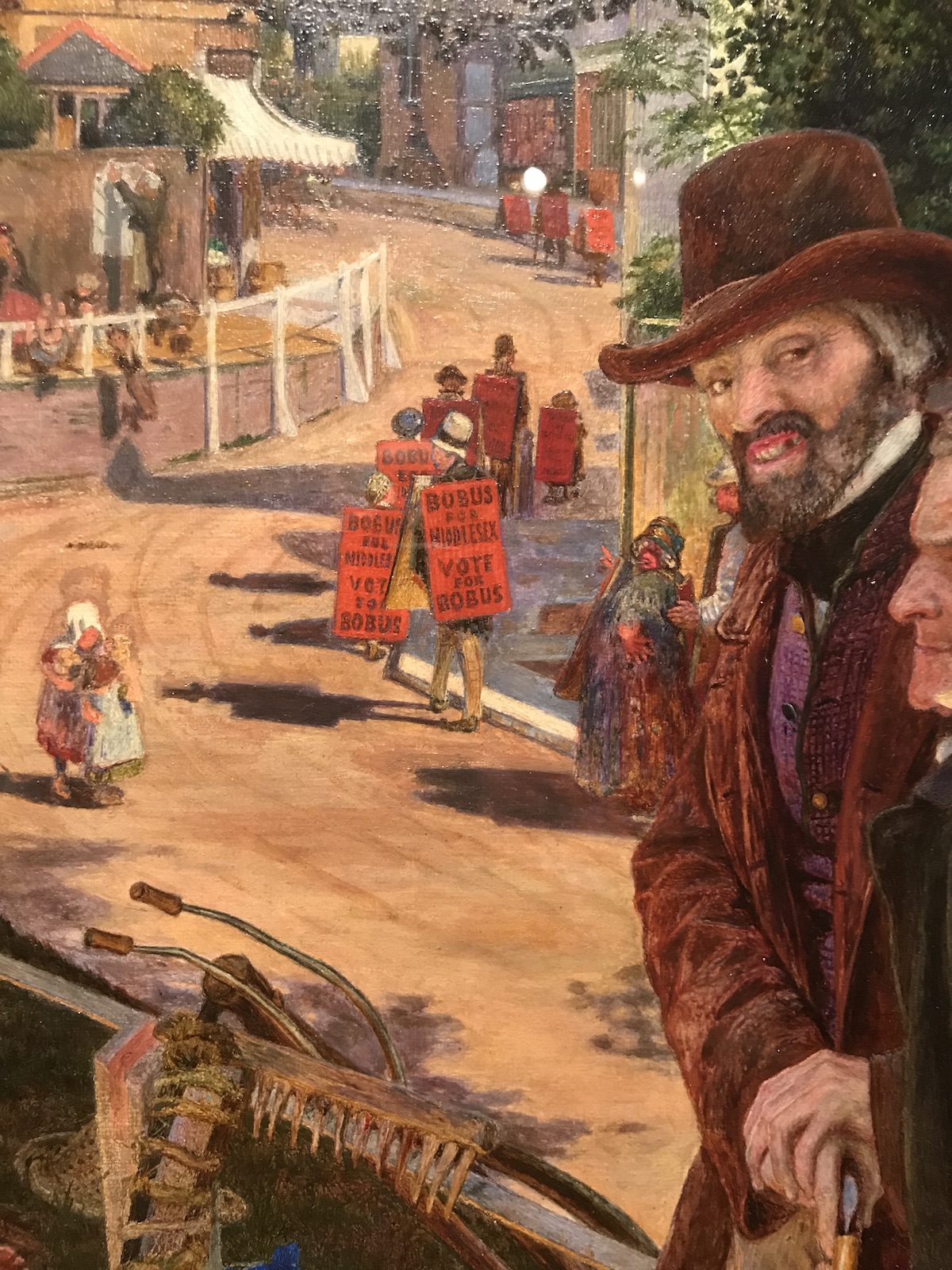 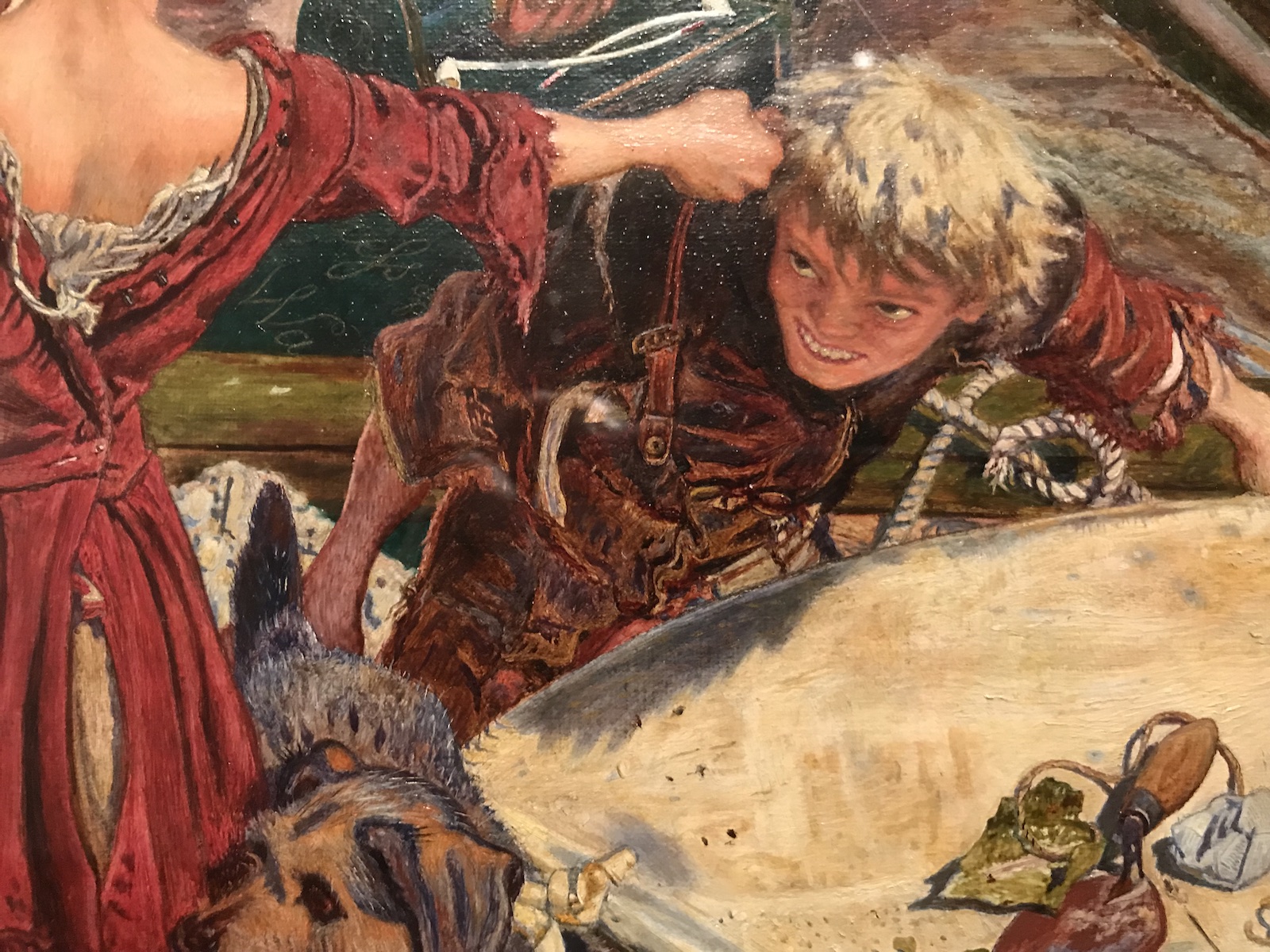 Perspective on the boy' head seems a bit off, but hey, Pre-Raphaelite's weren't normally painters of action scenes. 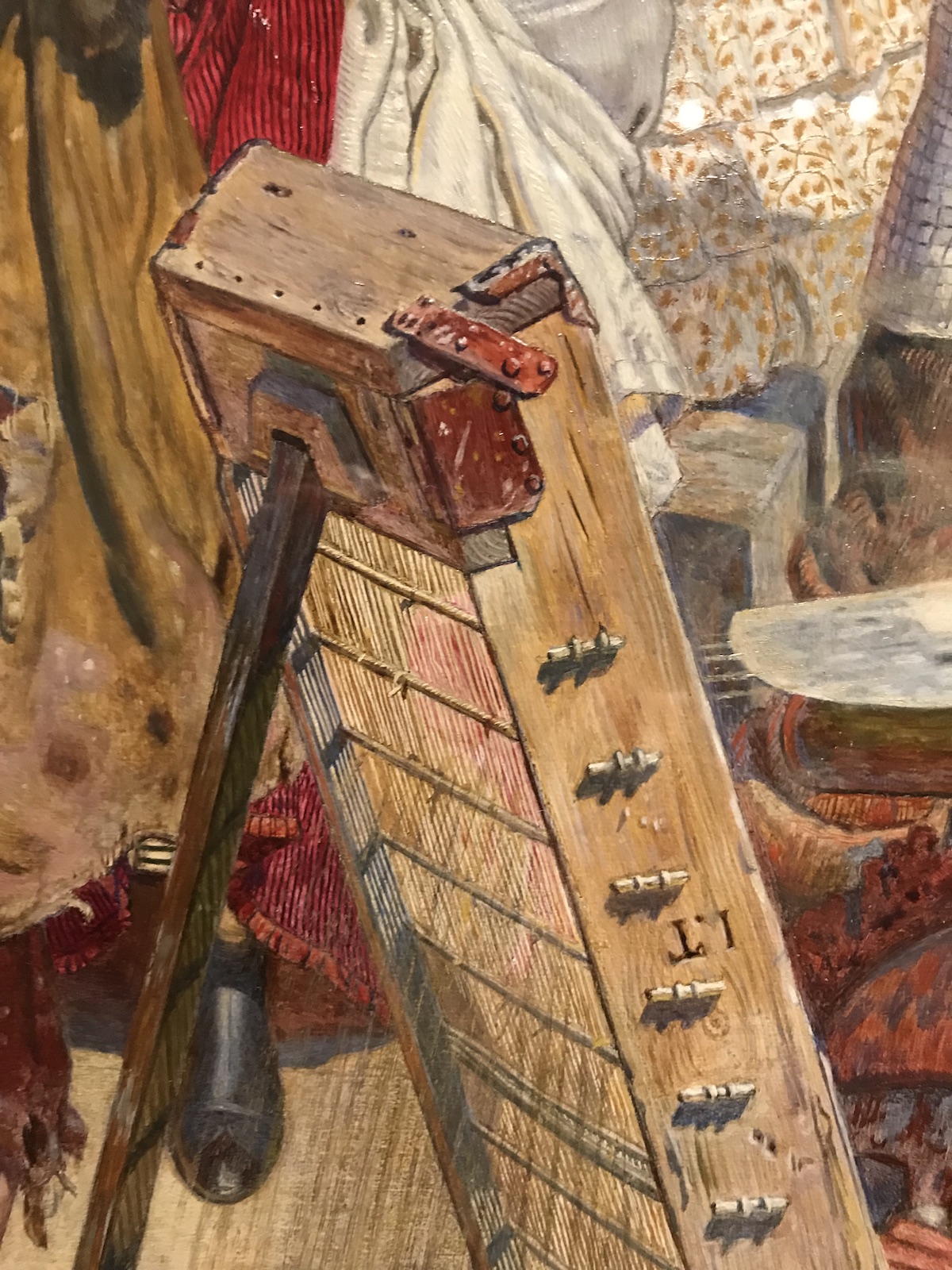 Detail, detail, and more detail here in this small segment. 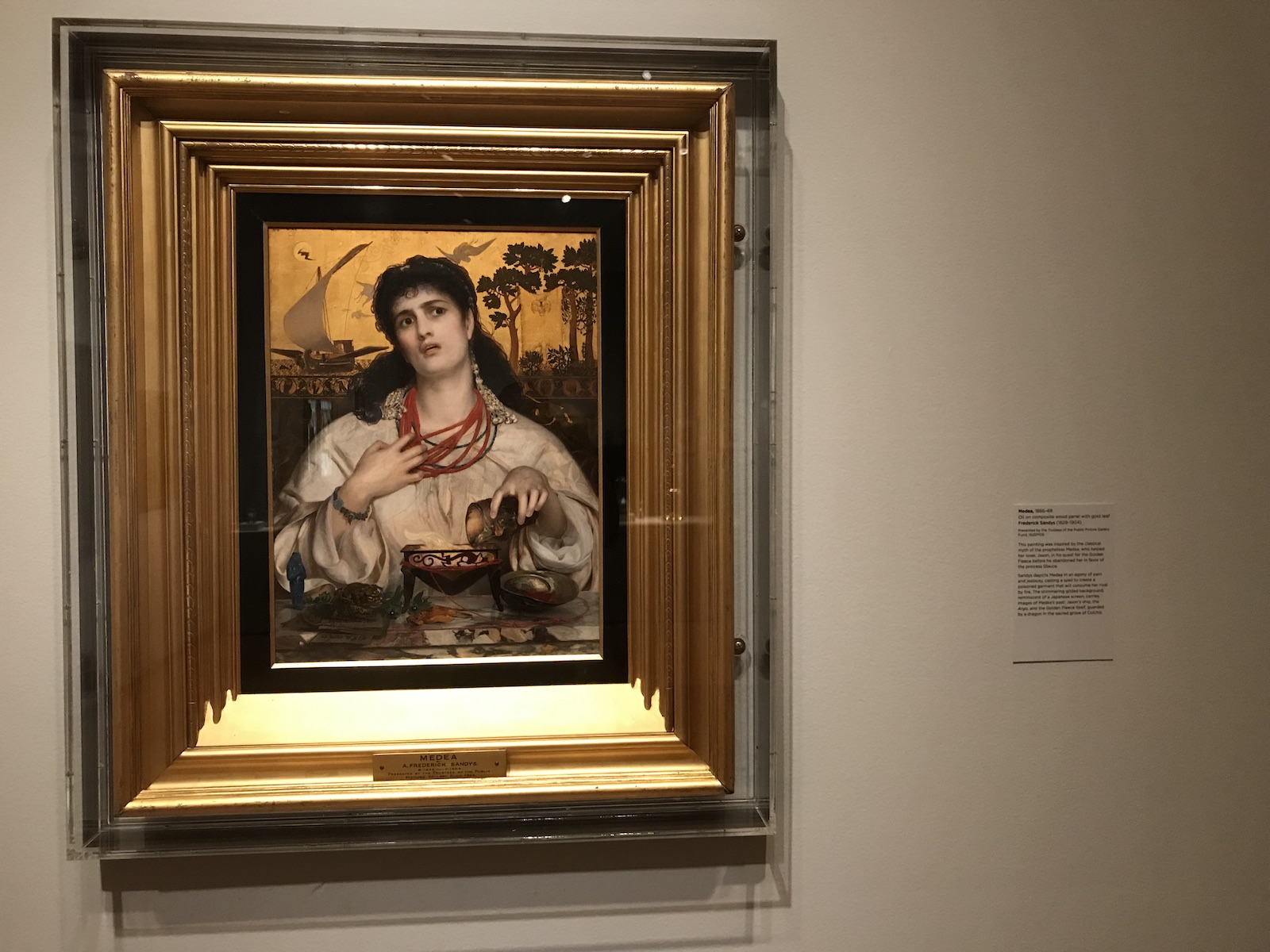 Medea (1866-68) by Frederick Sandys
Not strictly Pre-Raphaelite style aside from being hard-edge. 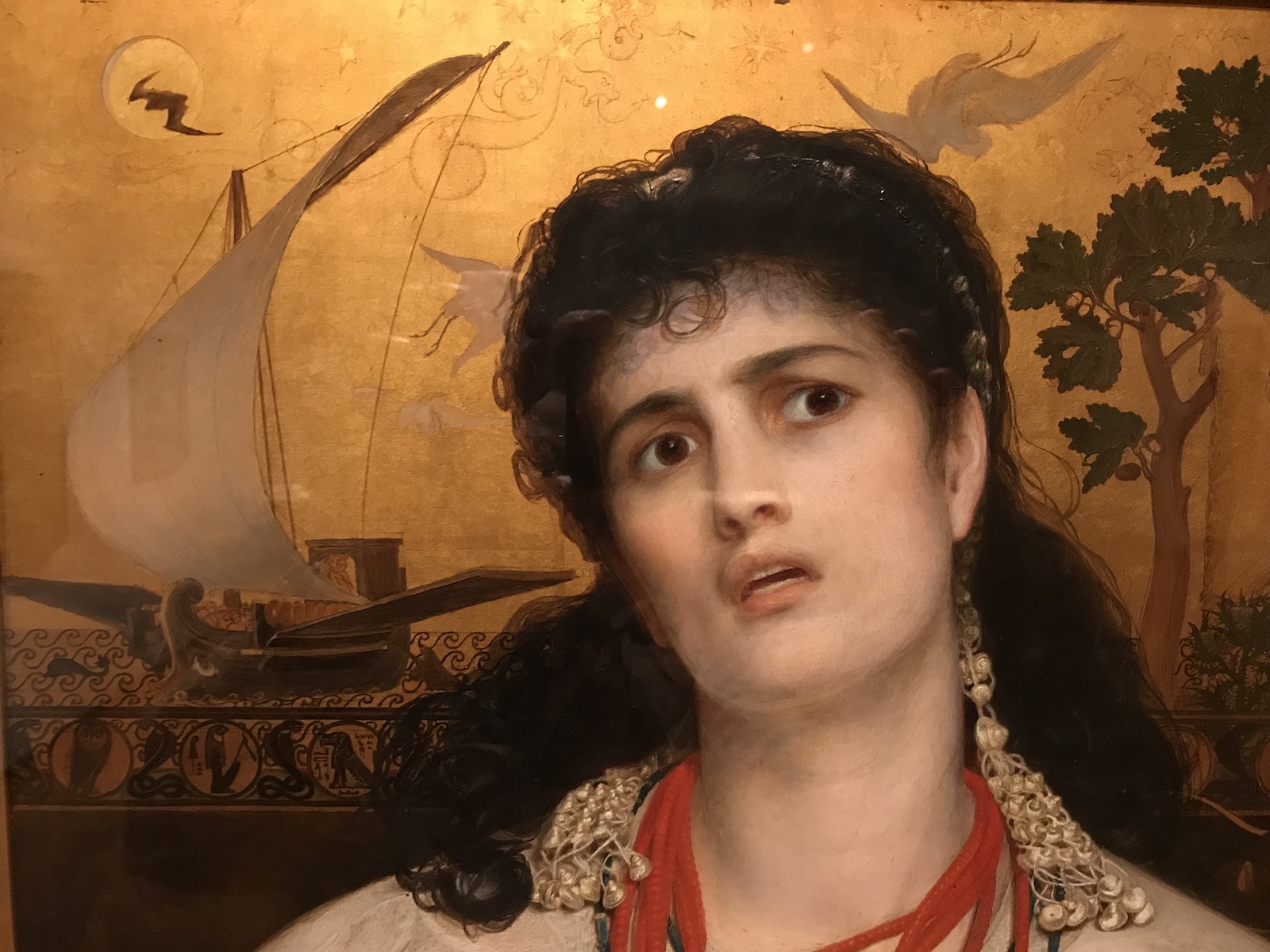 The painting's plaque notes the Japanese influence on the background.
Posted by Donald Pittenger at 1:00 AM