Wallace Herndon Smith (1901-1990) lived much of his life in St. Louis, Missouri, but managed to attend all the right schools (Lawrenceville School, Princeton University, École des Beaux-Arts) and have a career in architecture (for a while) and (mostly) painting. Better yet, his artistic life involved no desperate existential struggles. That was because he was born to riches. A biographical sketch is here and a link to a published biography is here.

Apparently Smith is a subject of some regard in his native St. Louis, but not elsewhere. I suspect that is because he wasn't a very good artist.

I wrote a book that focused on the painting scene between the world wars (see link in the panel to the right). Basically that era was one of confusion and indecision. Avant-garde artists had almost completely exhausted the possibilities of anti-traditional painting, whereas many other artists felt they had to come to terms with Modernism, but usually were not sure how best to do this. The result tended to be sketchy paintings with distorted subjects and perspective, often using flat areas of sometimes distorted color.

Smith took up painting in the late 1920s, going along with this halfhearted Modernist approach. The results were generic works that I find lacking in skill and personality. In closing, I need to confess that I don't like paintings of this kind by more acclaimed painters. It's to some degree a matter of my personal taste regarding style. Anyway, below are many of the few examples of Smith's works that I could find on the Internet. 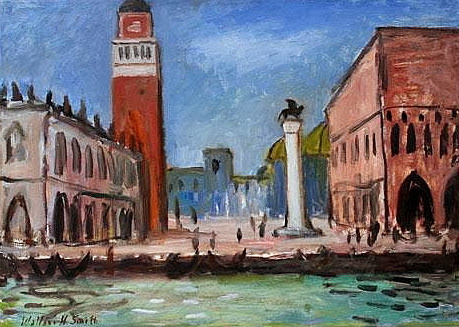 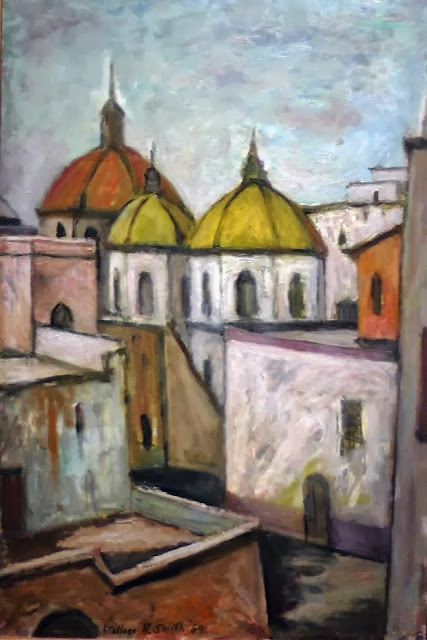 I suppose that even lousy paintings can be part of an art education.