I can't tell you much about William Henry Margetson (1861-1940), an English painter, because I could not find any halfway detailed biographical information on the top few pages of a couple of Google searches of the Internet. Perhaps I didn't drill deeply enough, but what can I say? -- I'm both lazy and non-obsessive.

What I did find were a couple of squibs such as this. Plus, there was one Wikipedia entry (here), but it's in Dutch, which is near enough to English for some readers to follow.

The sources mention that while he painted some religious and allegorical works, he mostly did scenes featuring pretty women. I'll add that many such scenes were domestic -- around a household. Moreover, they tend to be nicely done. 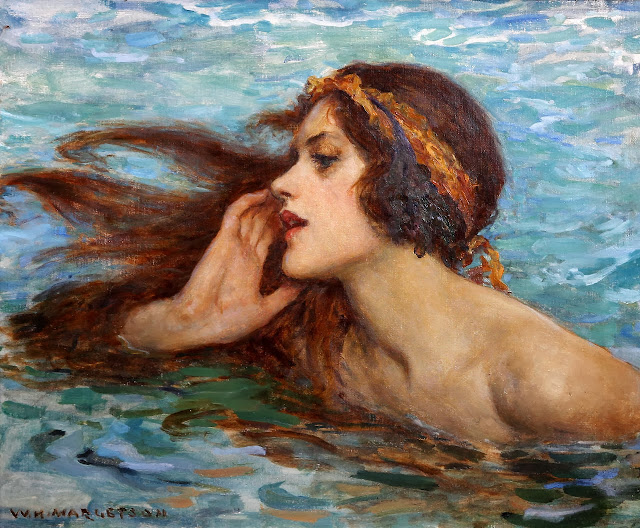 Water Sprite
This sprite or siren falls into the allegorical category. 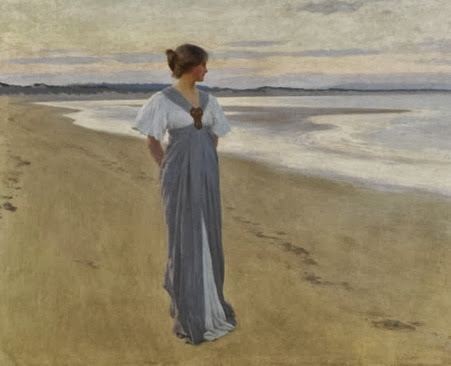 On the Sands - 1900
This lady is so perfect that she doesn't leave footprints. 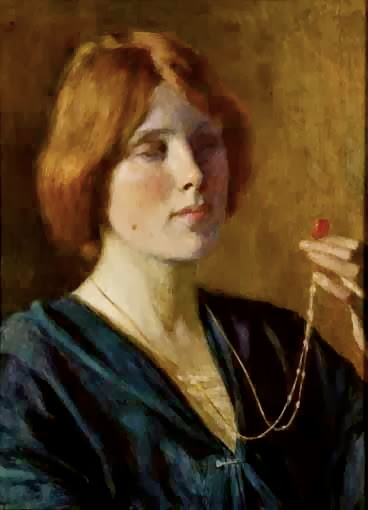 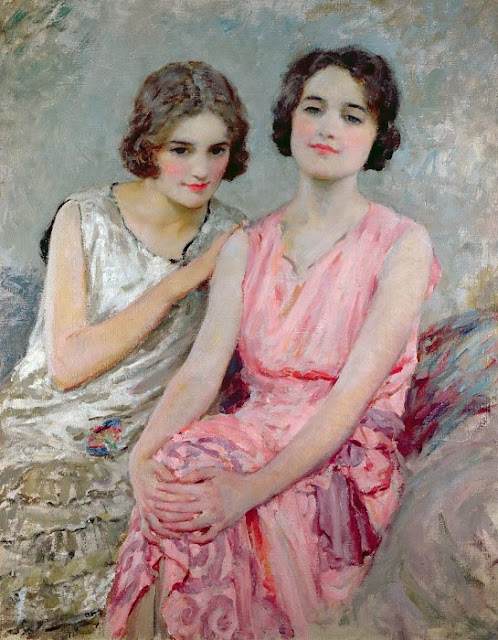 Two Young Women Seated
I'm guessing from the hair styles that this was painted during the late 1920s or early 30s. Other works done in a looser style probably were made after around 1910, but that too is a guess. Beside lacking biographical information, dates of paintings also seem to be in short supply. 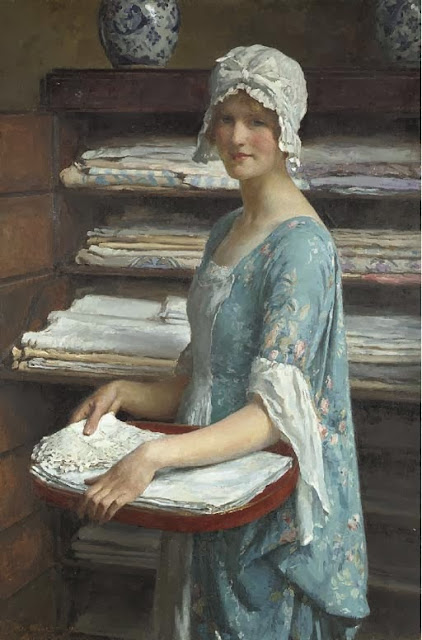 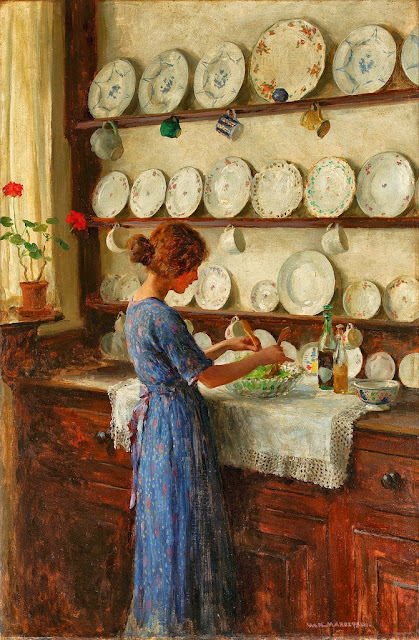 The Lady of the House 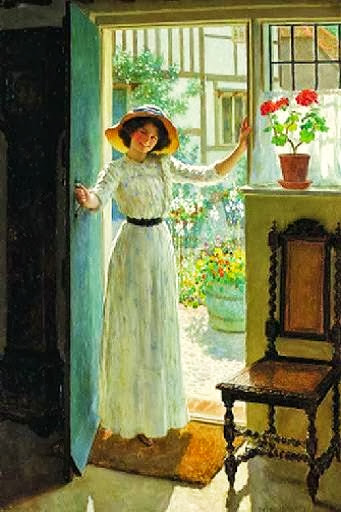 At the Cottage Door 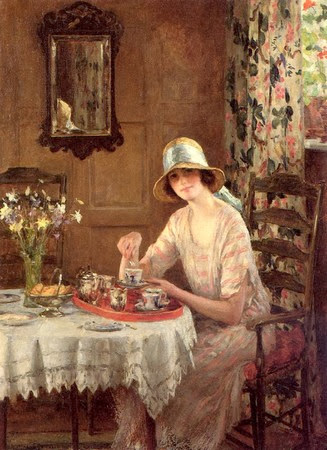 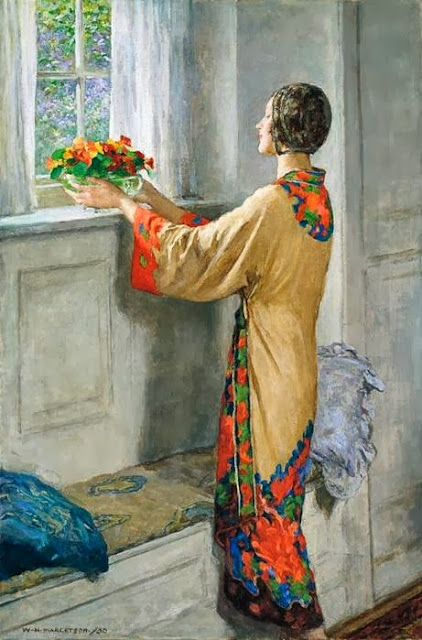 A New Day - 1930
This is both signed and dated. The strong colors of the garment and the outdoors are complemented by the much larger areas of drab colors.

Thanks for this little gem. It's made me smile a few times this morning.