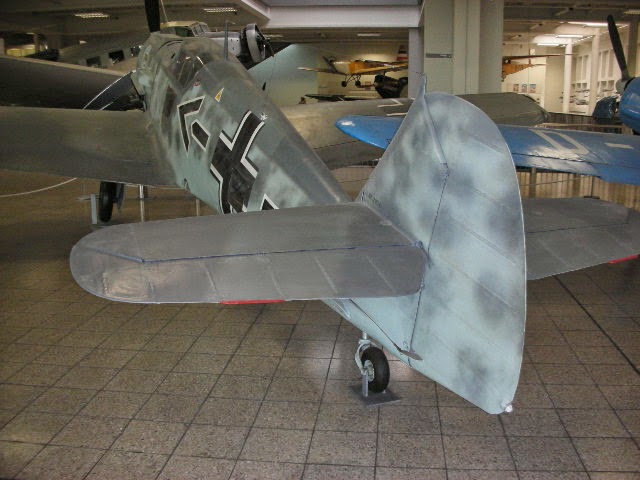 I took the photo above in 2006 when visiting the Deutsches Museum in Munich and posted it on the 2Blowhards blog. The aircraft is a World War 2 Me109 fighter, and something is missing. The missing item is the Nazi swastika on the tail. At the time (and today as well, for all I know) part of Germany's de-Nazification required removal or deletion of National Socialist symbolism, and that included historical exhibits such as that Messerschmitt. Yet bookstores in Germany carried books about the Second World War filled with photos of aircraft sporting swastikas -- no airbrushing there.

Italy is different from Germany. And its dictator Benito Mussolini was different from Adolf Hitler. Until Mussolini made the mistake of teaming up with Hitler in the mid-1930s, his regime had little blood on its hands, and he was held in fairly high regard by a number of Great Powers political leaders and print media publications. Even following the war and his execution, his family thrived: son Romano was a noted jazz musician who married Sophia Loren's sister, and Romano's daughter Alessandra has been successful in Italian politics.

And so it is that, unlike swastikas in Germany, fasces (the symbol of Fascist Italy) can be found here and there along with essentially unaltered buildings from that era. Actually, the 1930s was a time of transition in architectural fashion towards pure International Style (a New York Museum of Modern Art term of the day). That transition was done in stages, ornament being slowly discarded. Government building tended to retain simplified hints of classical architecture, as can be seen in the United States as well as Italy and elsewhere.

Below are images from my recent visit to Sicily and southern Italy. I didn't research the dates the buildings were built, but I'm pretty sure most date to Fascist times. 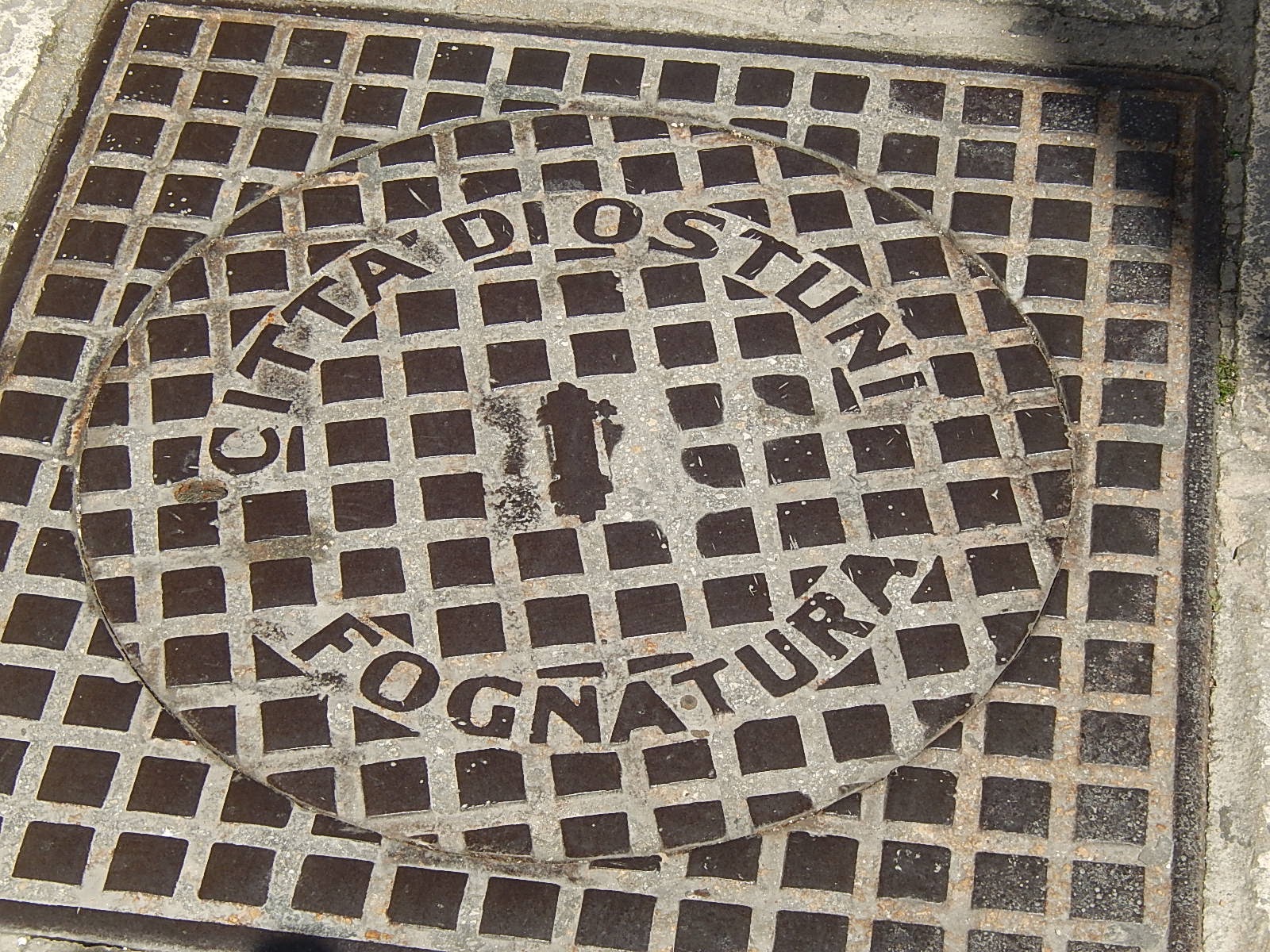 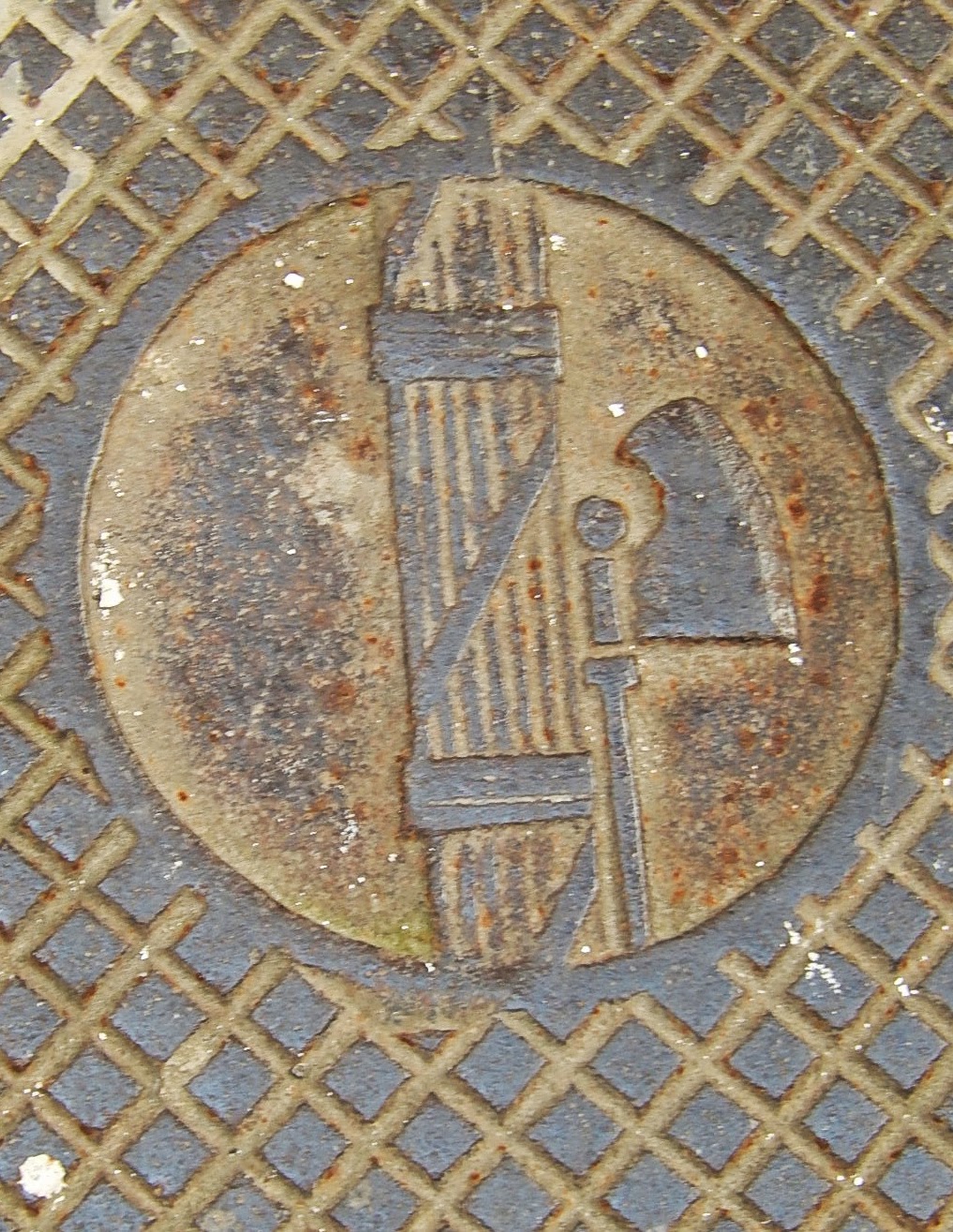 Manhole covers in Ostuni with the Fascist symbol 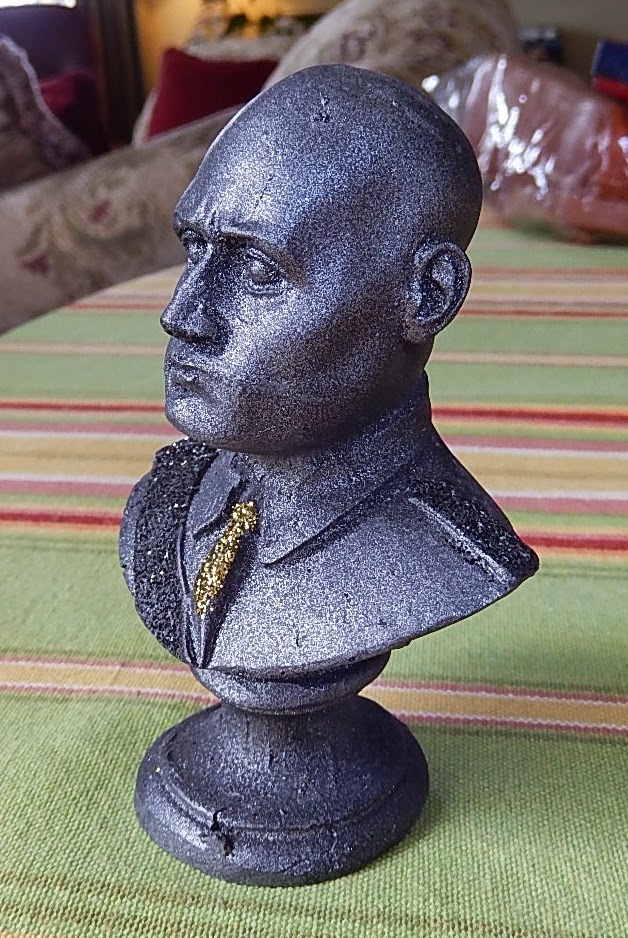 I was surprised to find this bust of Mussolini in a souvenir shop in the Sicilian resort town of Taormina, but there it was along with statuettes with religious and other themes. I bought this small one so that I could show it on this blog. There were larger size busts as well as a full-figure statuette of Mussolini with his right arm raised in the fascist salute. More than one shop had these items, and apparently no one seemed to mind that they were on display.

You noted that a number of shops had items from the Fascist era, and apparently no one seemed to mind that they were on display. That only clarifies in my mind that, if enough time has passed, the population become even MORE ambivalent about their fallen leaders.

Half the French population thinks Napoleon proudly carried the revolution across Europe while the other half thinks he was a mass murderer of 3 million innocents.

General Franco is still admired by a large minority of the population as the strong leader Spain desperately needed while the rest curse his memory daily.

Hels -- And from what I read, there are ordinary Russians who are nostalgic for Uncle Joe Stalin. The Hitler thing seems more complex, a mix of show-off youth in spots in the West and Middle East politics regarding Israel.

Last time I was in Italy (2006 or so), I was on a crappy intercity bus from somewhere to Rome, and right by my seat there was a fresh graffito: "Dux mea lux"